A man is scheduled to appear in a BC courtroom on Monday after a video of him jumping on the roof of a moving vehicle went viral on social media.

On Saturday, the video showing a 30-year-old Maple Ridge man climbing up the hood and onto the roof of a car paused at a four-way stop was posted to Facebook.

The man proceeds to aggressively stomp on the vehicle's roof before hanging on as it begins to pick up speed and drive away. 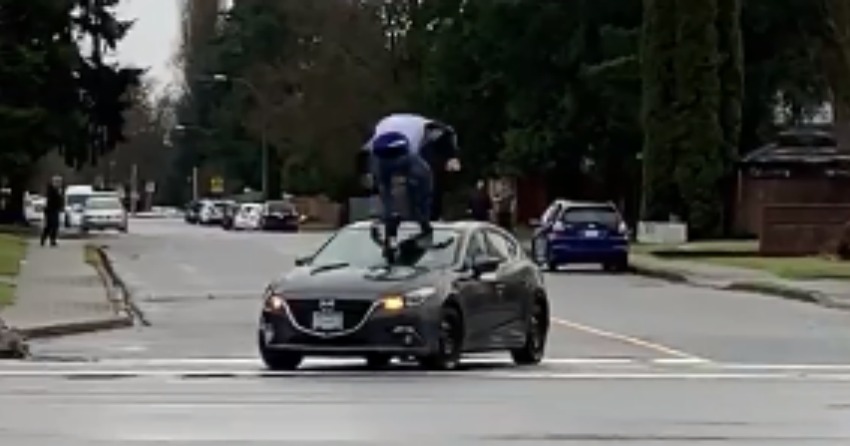 Ridge meadows RCMP confirm they are investigating an incident involving a man jumping onto a moving vehicle. All parties have been identified. More details on Monday.

This incident was shared on social media before police received the video evidence, which caused much speculation, stated Constable Julie Klaussner.

We understand in this day and age the allure of social media but we want to remind the public that, these are real people. Please consider the perspective of the victim and the fact that what you share, or when you share, may have an impact on the investigational outcome. There is always more to the before, during and after of an incident and not just a short video clip you see on social media.

According to police, the female driver of the vehicle and the male suspect are known to each other.

The man has been arrested for assault and mischief.