Santa Claus Parade snowpeople up for grabs, profits to charity 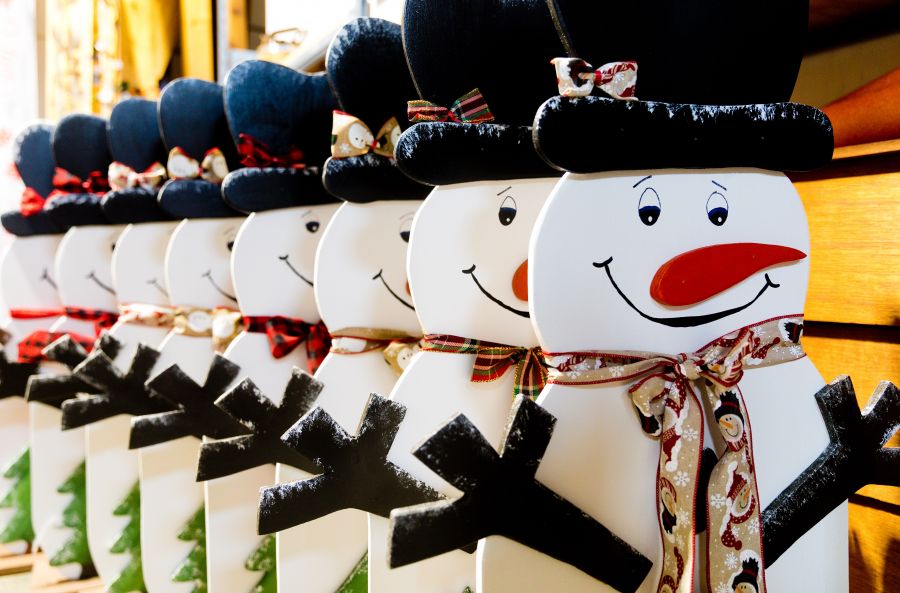 Then you'll want to look at the offerings from Pentictonite Janine Cumberland. They're cute, they're handmade, and several of them played a starring role in this past weekend's Santa Claus Parade.

And a big chunk from the sale of each will go to a couple of solid animal welfare organizations. 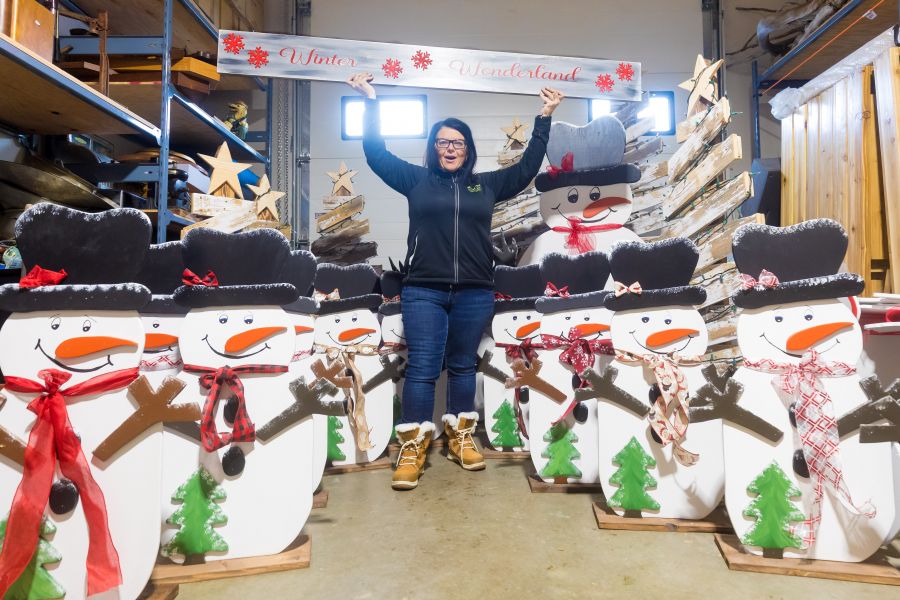 It all started several months ago, said Cumberland, when a good friend from her old hometown of Dawson Creek offered to make a few snowmen (or shall we say "snowpeople?") -- each comprised primarily of painted plywood -- for her Penticton flower shop.

"And when I first saw them, I thought they were so adorable," said Cumberland, who left Dawson Creek three years ago for the South Okanagan and now runs two businesses here. 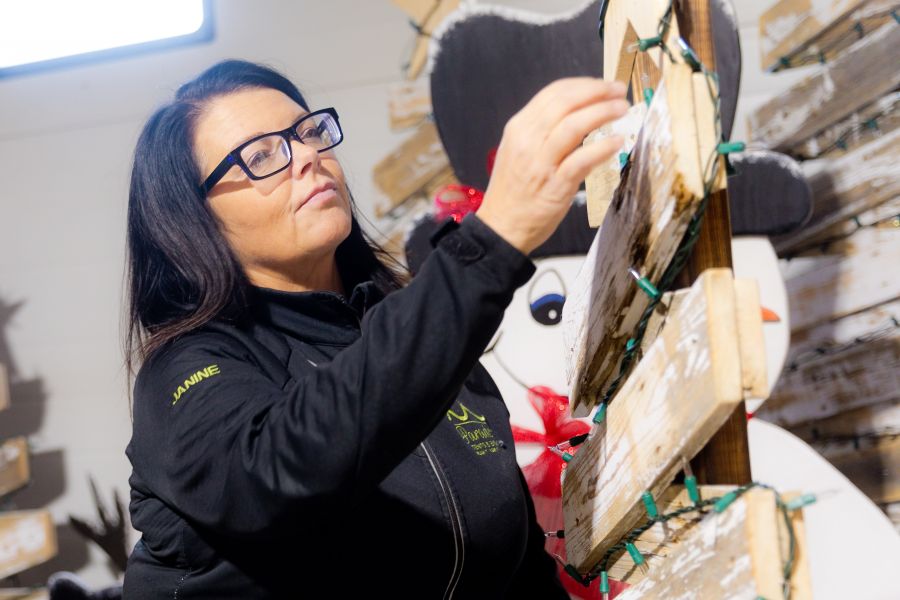 "And then the Chamber of Commerce asked if I'd like to partner for a float. I said absolutely, but I had no idea what we were going to do. And so when these came, my friend said I can build you 20 more."

In the end, Cumberland took delivery of 30 regular-sized snowpeople, several larger snowpeople, a dozen gnomes and a bunch of Christmas-y "trees" too. And a lot of them ended up on what would ultimately be one of the prettiest floats in this year's parade. 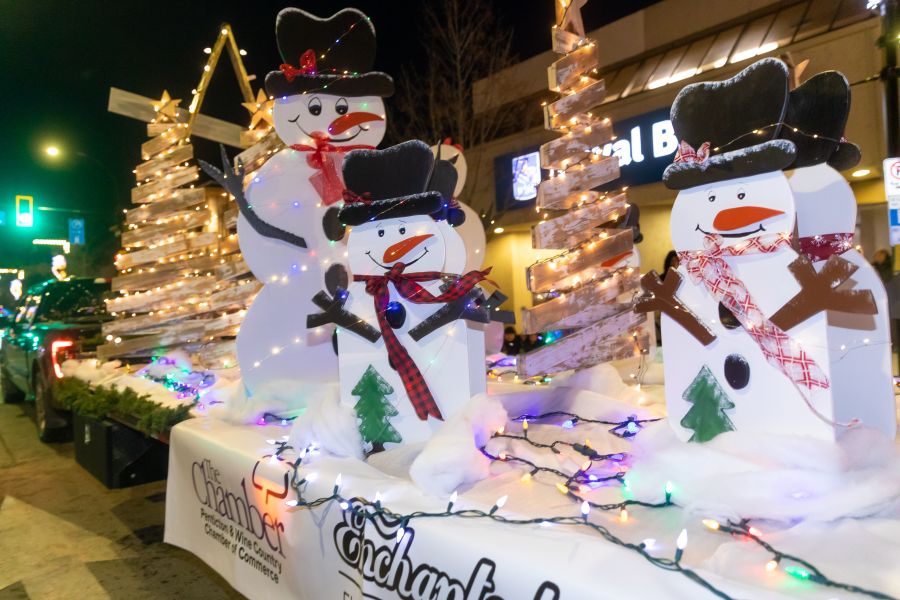 "I was originally going to get only enough to sell in the shop," she said with a laugh, "then suddenly I had all these.

"But I've always been a great supporter of donations and fundraisers. We were the major sponsor of the recent Candlelight Gala at the Lakeside. So I thought we should try to sell 20 of these and give the profits to worthwhile causes." 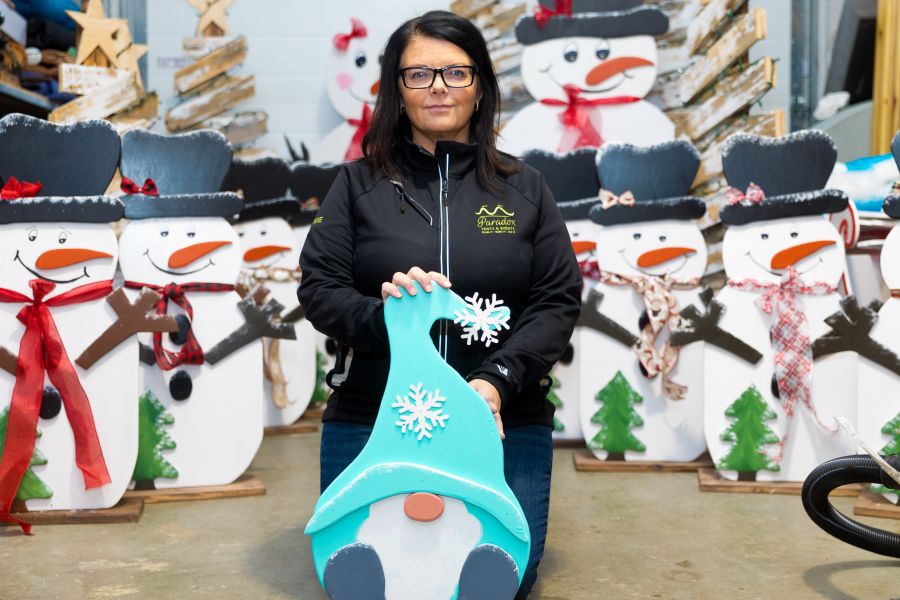 Those worthwhile causes, added the proud owner of two dogs -- and victim of a late-November break-in at her "Enchanted Florist" flower shop on Fairview Road -- are the Okanagan/Similkameen SPCA and Critteraid.

Cumberland is asking $80 per snowperson, $20 of which will go to the SPCA and/or Critteraid. The larger items are reserved for a future auction she'd like to put together, again all profits going to charity.

"After construction and transportation costs, I won’t be making anything on these guys and gals," she said. 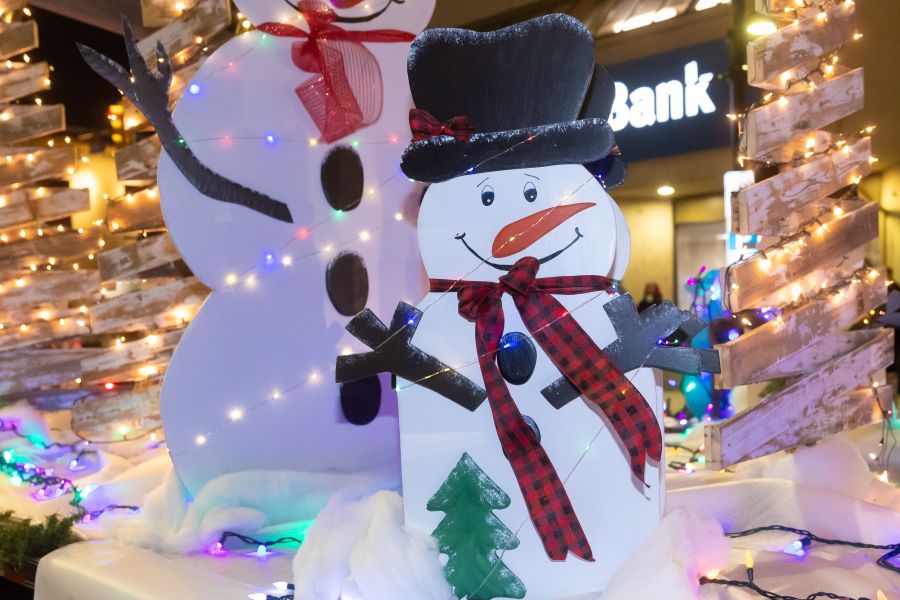