They came in spirit.

They came in determination.

They came – in tractors.

Dozens of them drove from the Naramata Bench, along Eckhardt Avenue, and down Main Street.

Their destination was Penticton City Hall. 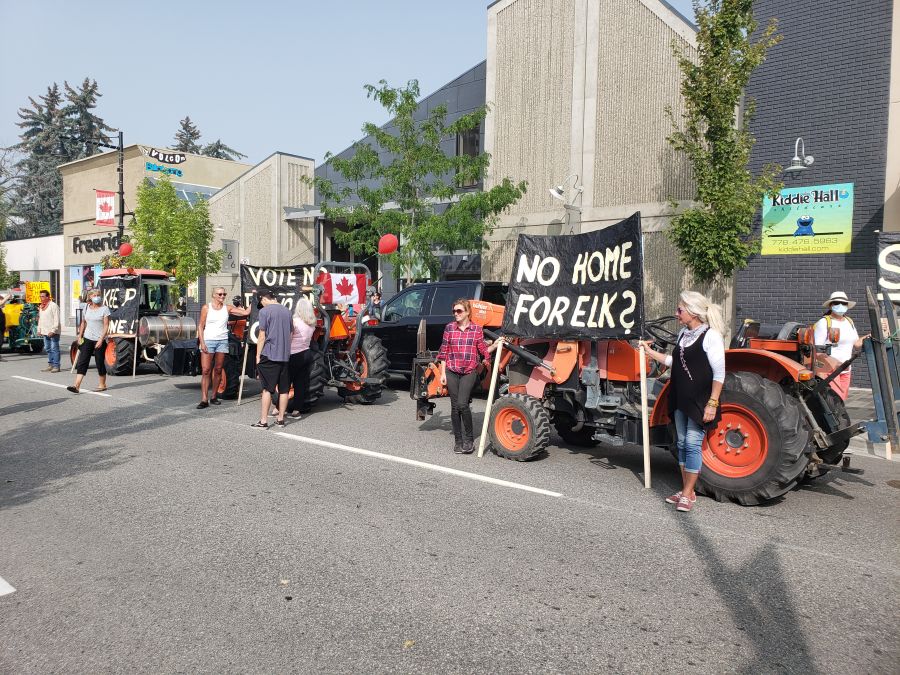 “In about June of this year, we found out there was a potential subdivision proposal coming forward to council. So, I started a petition, which now has about 8,500 signatures on it, and the interest of the petition was to give mayor and council and city staff feedback on what the people of Penticton were thinking," said Josie Tyabji prior to speaking on the steps of city hall. “I’ve been in the BC wine industry for about 35 years. My family was one of the original wineries in the South Okanagan. Essentially the whole objective was to build our destination into a world-class global destination, and I think we’ve done a really good job of that.The Naramata Bench is an important part of that. 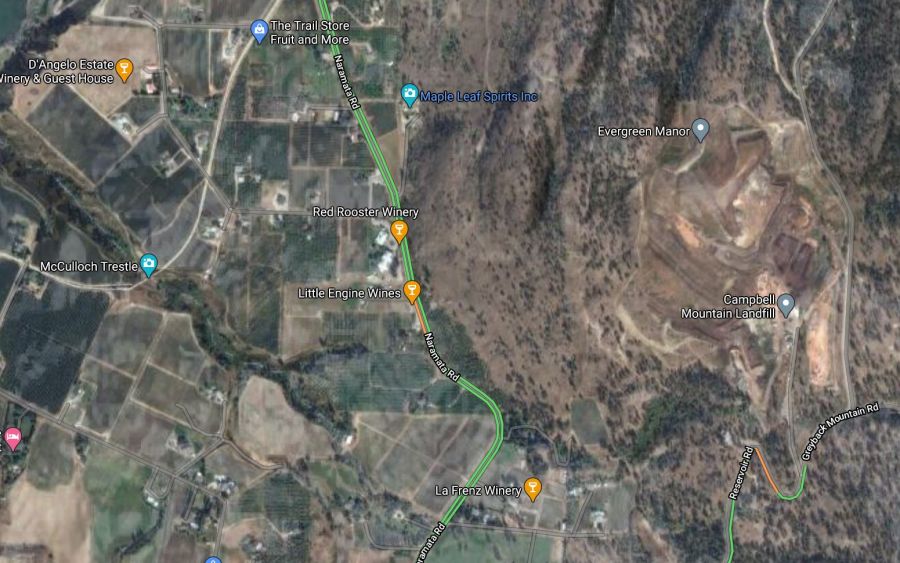 The group has concerns regarding Vancouver-based developer Canadian Horizons, which has made a rezoning application to develop approximately 160 acres on the bench. 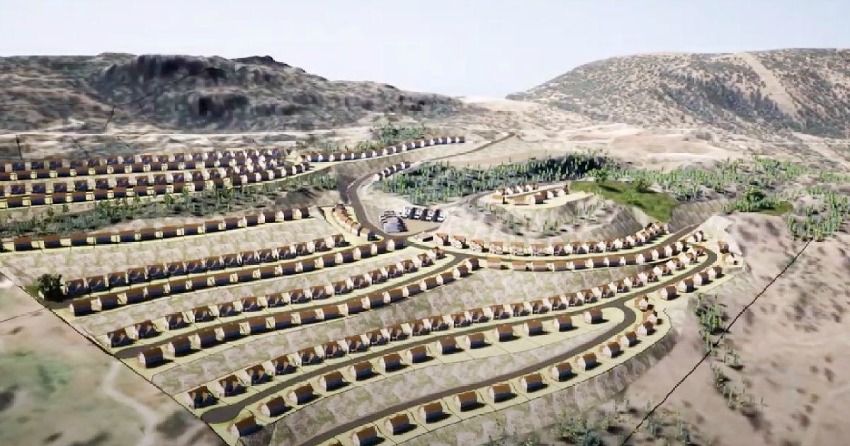 “The recreational areas, the parks, the wine country, the agriculture – all of those things play an important role in our destination. And all we’re really saying is, the Official Community Plan, let’s take the elements of that, the form and character and building where developments exist. Let’s maintain that vision so we keep all of the things that bring people here pristine.”

To their credit, council and staff broke from their regularly scheduled meeting upstairs to stand on the steps of city hall and face the anti-Naramata Bench development protesters for around 30 minutes. 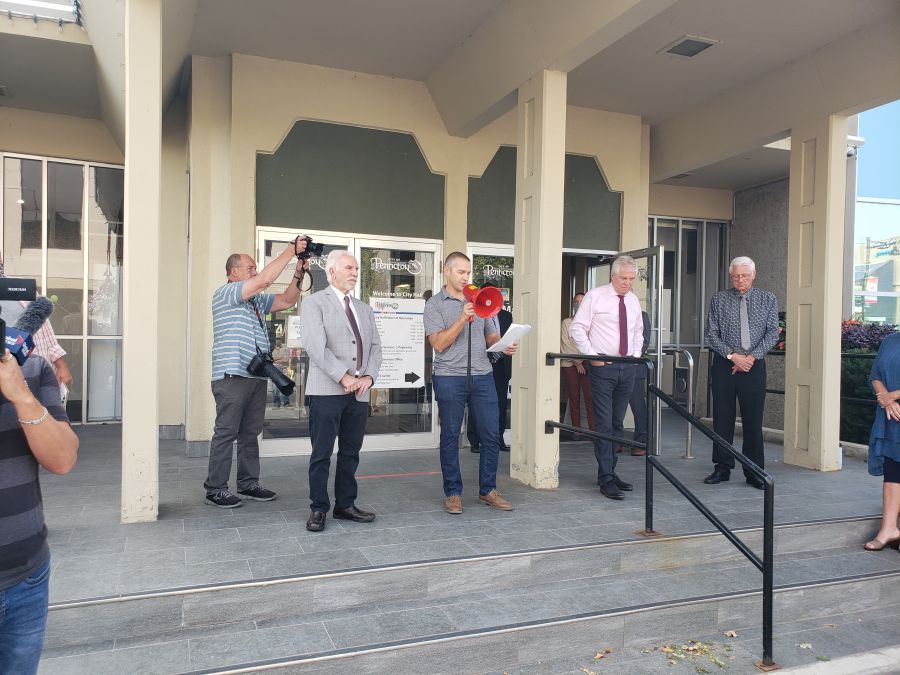 “City staff has all the information in place, and they can bring that information over to us, and they’ll advise which way we should be going, whether they’re in favour or not,” said mayor John Vassilaki. “We all have to search our hearts and come up with a decision.”

At that point, a protestor questioned city representatives as to how they would remove residents should a fire sweep down the mountain, similar to the recent Christie Mountain Wildfire.

“We have one of the best fire chiefs (Larry Watkinson) in the world right here in Penticton,” responded mayor Vassilaki. “He’ll give us all the advice we need. We have experts that will look into that.”

One of the organizers, John Bilodeau, then took the megaphone. 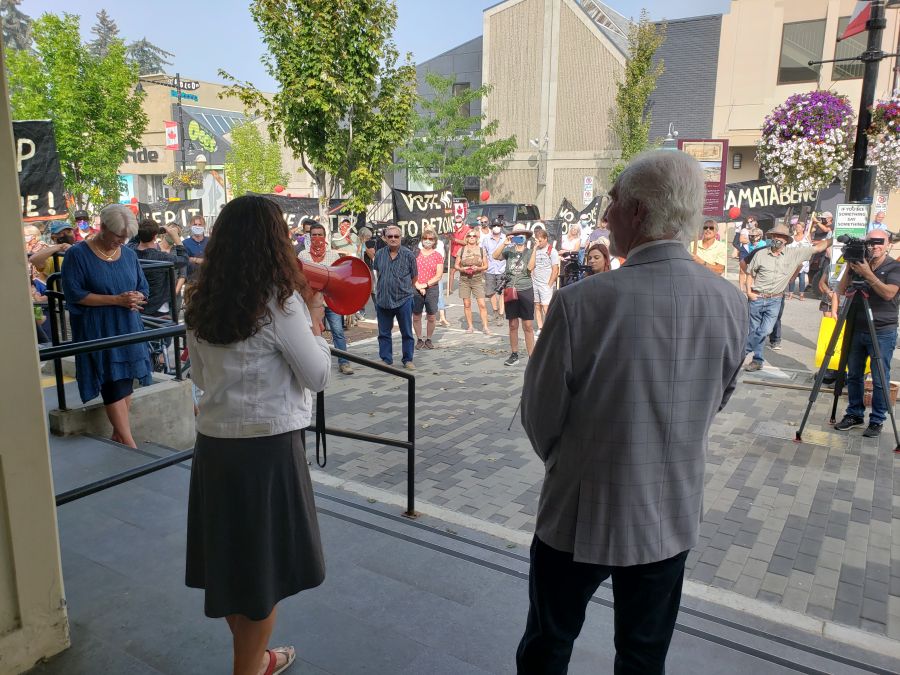 “I farm in the area, and we just wanted to send a clear message to everybody here at city hall that we don’t like this project. Do you think you got that message,” began Bilodeau, turning to Vassilaki. 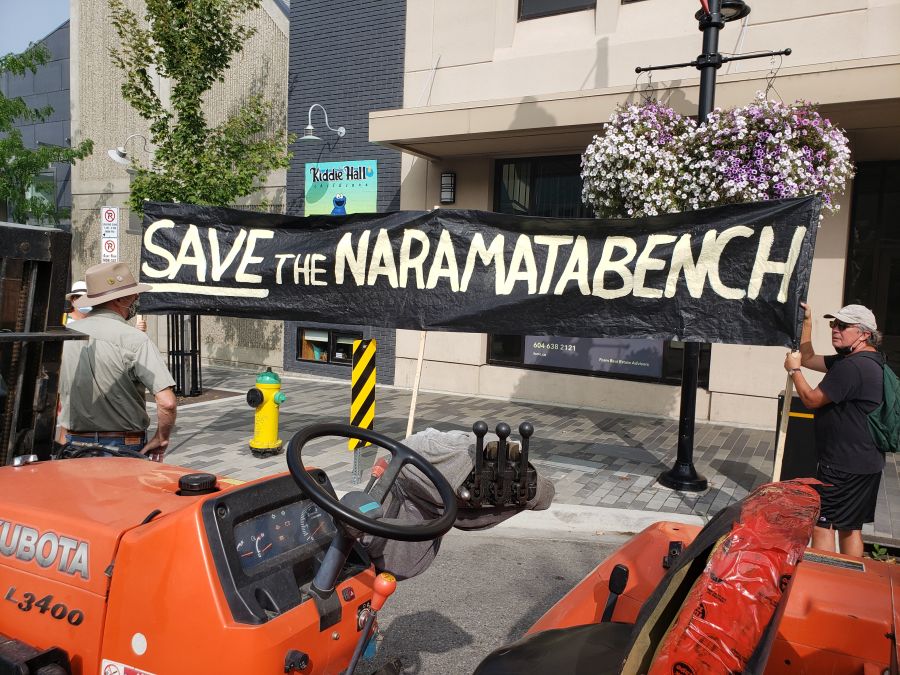 “There are a lot of reasons for us to shut this project down. Or try to – the environment, the traffic, the urban sprawl and the wildlife. But today, it’s all about these nice people and tractors. They love this land. They really care about this land.”

Bilodeau then encouraged all residents to take a short drive up the Naramata Bench to look for themselves.

"Just take a drive out towards Naramata, and you'll come to 880 Naramata Road. It's just past La Frenz, and right before Maple Leaf Spirits, and directly across the road from Little Engine. Even though this peach orchard was never in the Agricultural Land Reserve, make no mistake, it was agricultural land. That was until Canadian Horizons bought that piece of land," said Bilodeau. "And now, instead of being a piece of prime farmland, and just take a drive by, you will be amazed. It's now a weed-infested junk pile of rocks.

"It's an eyesore to the Naramata Bench."

Penticton councillors went back upstairs to continue their meeting, and, once everyone had their time with the megaphone, Bilodeau dispersed protesters.

Farmers got back in their tractors, and returned to their fields in Naramata – where they would have much rather spent their Tuesday afternoon.

It is, after all, harvest time in the South Okanagan.

The Canadian Horizons rezoning application is expected to go before council later this fall. 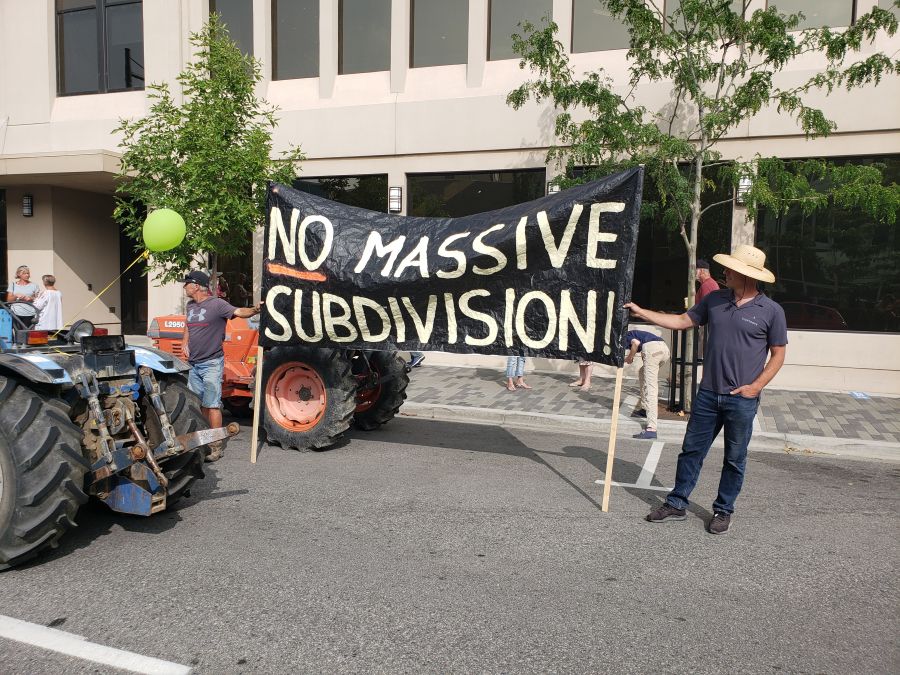