All the hype was about the record-breaking $70-million jackpot from the Lotto Max draw on Jan. 7.

However, thanks to 42 Maxmillion prizes, there were plenty others who had scored life-changing lottery wins on that day.

One of them was Penticton’s Anna Fodor, who bought her ticket at Duncan Grocery in Penticton. 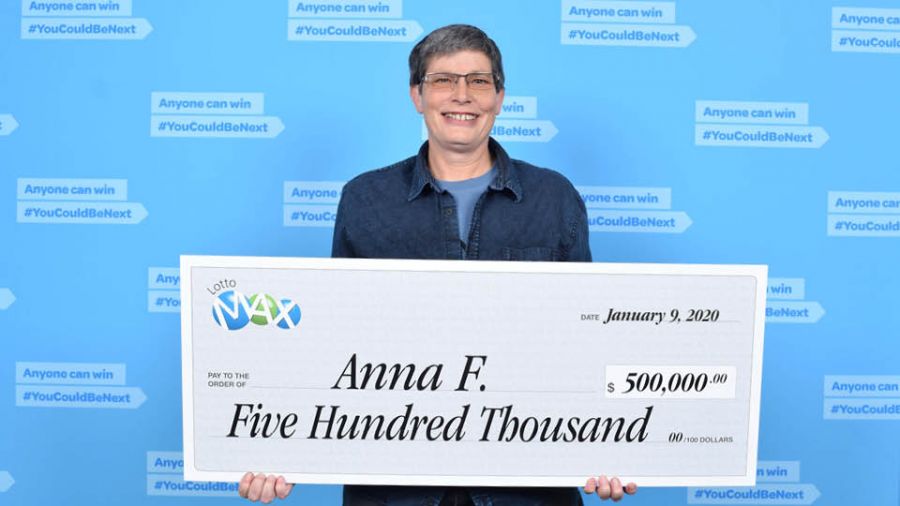 At first, she manually checked her numbers and saw that she didn’t win the $70-million prize, but when she scanned the ticket later on, Fodor realized she matched all seven numbers for one of the Maxmillion prizes.

“I had checked on the BCLC website and I didn’t have any winning numbers on the main draw,” said Fodor.

“I didn’t realize I had won until I scanned it at the corner store where I bought the ticket.”

She made the two-and-a-half hour trek from Penticton to Kamloops, where she was born, to pick up her $500,000 cheque.

Now, she’s eyeing a brand new Toyota Tacoma truck, but that’s not all she has her eye on.

“I will buy a truck and probably a fifth wheel (trailer) for travelling and invest the rest wisely,” explained Fodor. “It will make a huge difference in my life.”

The next Lotto Max jackpot is an estimated $22 million and the winning numbers will be drawn on Tuesday.

Police on the lookout for wanted Interior man

Smoky skies bulletin extended in the BC Interior

2 international flights to BC added to COVID-19 exposure list

Search suspended for boater who went missing on BC lake