Public engagement will begin in the near future for a proposed three-storey, 16-unit apartment building located on 655 Ellis Street.

During Tuesday’s council meeting, the mayor and four city councillors voted unanimously to begin the engagement process for this proposal.

Councillors Julius Bloomfield and Campbell Watt were not present in council chambers on Tuesday.

Public engagement is required due to a proposed amendment to the Official Community Plan. The session is anticipated to run from mid-July to mid-August.

The amendment would change the future land uses of the property which is being used as a parking lot and is zoned as public assembly.

The plans show 17 parking spaces in an enclosed parking garage – three spaces less than required by the bylaw.

However, the developer is offering $26,000 cash in lieu for two spaces and the remaining space will make way for an additional five bike stalls.

“I'm supportive. (But) I can almost hear that one of the primary concerns will be around parking,” said councillor Judy Sentes.

“I find it challenging that we allow developers to buy their way out. I can appreciate their contribution in lieu of … I’m not convinced we should allow them to do that.” 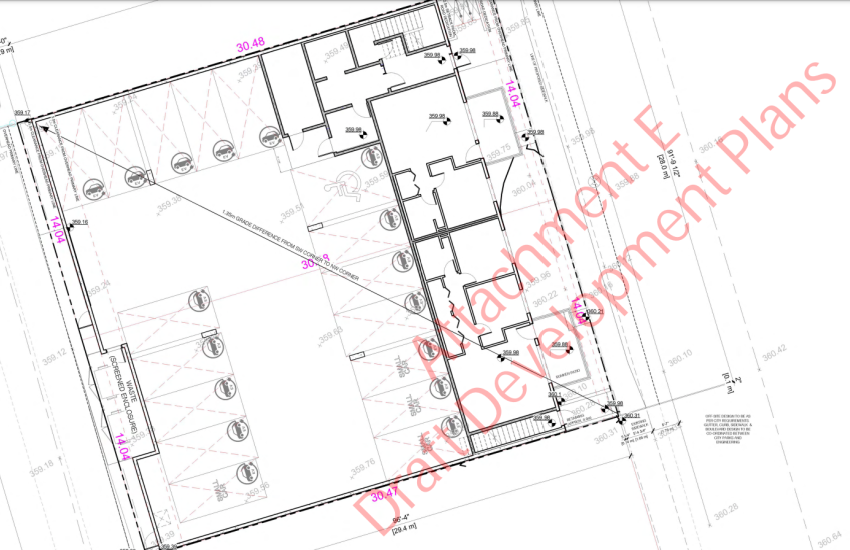 The design plans also show that there would be bike storage on the second and third floors as well as electric vehicle chargers for each parking space.

“It's nice to see the EV charges going into all the new developments,” noted councillor Kaite Robinson.

Penticton City Council has not endorsed or approved the development. City staff will merely begin gathering feedback and insight from the community.

Planning staff will gather all the information and report back to council with the results.

If the public engagement process is successful, and should Penticton City Council agree to move forward, the next steps would include approval of the OCP and zoning amendment as well as the issuance of a development permit.