Kelowna is Canada's No. 2 most livable place, Penticton No. 9

Livability and affordability are inextricably intertwined.

But the argument could be made that Kelowna and Penticton are no longer affordable with average home prices of $553,175 and $523,386, respectively.

Such prices effectively push young workers and first-time buyers out of the market.

And those averages are derived from a combination of condominium, townhouse and single-family home selling prices. 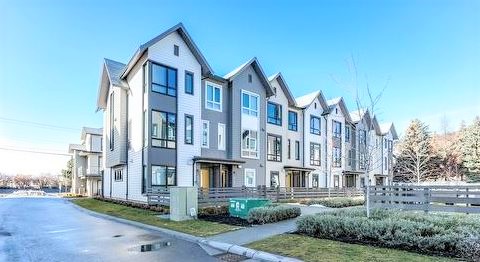 Therefore, the $553,000 and $523,000 averages are more likely to get you a luxury condo, nice townhouse or fixer-upper house in Kelowna and Penticton. 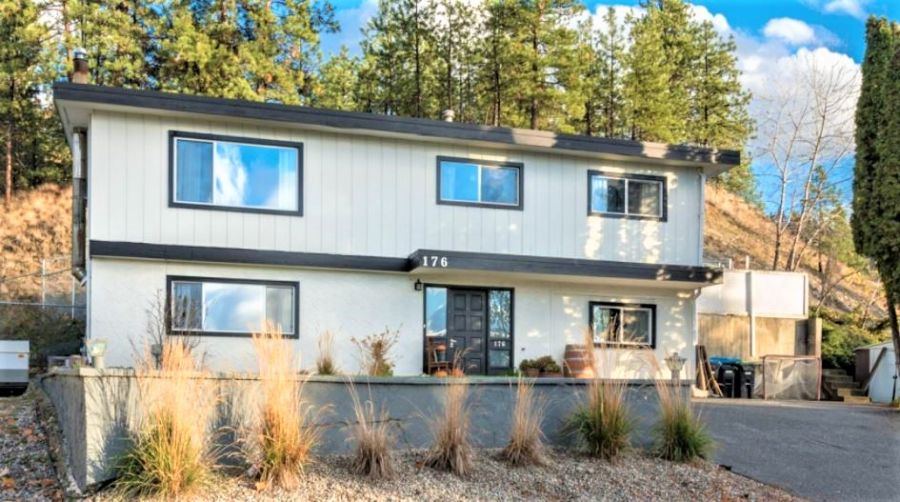 However, while Kelowna and Penticton can be considered pricey, they come off as affordable to buyers from Vancouver, Victoria and Toronto where home prices are off the charts.

It's people from metropolises like Vancouver and Toronto that are partially driving real estate in Kelowna and Penticton as part of the 'urban flight' phenomena.

The pandemic has forced a lot of people to take a good, long, hard look at their lives and jobs.

The introspection led to some in Vancouver and Toronto to sell up and move to lifestyle havens like Kelowna and Penticton.

Kelowna ranked No. 2 and Penticton No. 9 behind the nation's most livable place, Victoria suburb Langford.

“We set out to discover which of these areas have the best combination of affordability, economic momentum and livability,” said RatesDotCa mortgage editor Robert McLister.

“(Langford) and the other top 10 locations could see outsized real estate returns in coming years given they check a lot of homebuyer boxes and are relatively cost effective.”

As you'll see in the chart below, in keeping with RatesDotCa's rate comparison specialty, average home price is quickly linked to how much income is required to support the down payment and monthly mortgage.

However, down payment can be massaged to 5% on the first $500,000 and 10% on the rest of the amount up to $1 million if you can afford higher monthly mortgage payments.

As a result, the household income needed, the amount of down payment and monthly mortgage payments also swing wildly city to city. 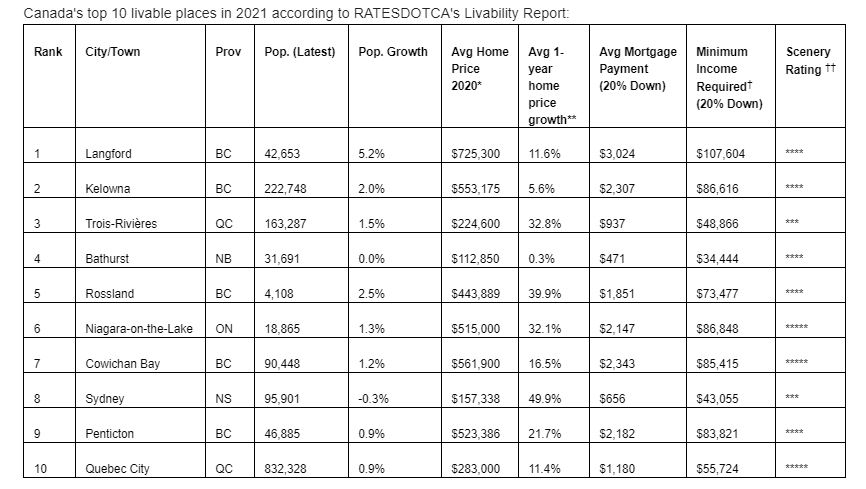 UPDATE: Alerts in place for Hwy 3, Hwy 5 and Hwy 97C due to snowfall