This week it set its second world record in 14 days by climbing higher and driving longer than any other electric bus ever has before.

The latest record was set on a 384-kilometre ride from Vancouver, at sea level, to Kelowna via the Coquihalla and Okanagan Connector highways.

The haul also included two massive elevation climbs, to 1,244 metres above sea level at the Coquihalla Summit and 1,733 metres at the Pennask Summit on the Connector between Merritt and West Kelowna.

TRAXX, which does bus charters and tours from its hubs in Kamloops, Kelowna, Vancouver, Calgary, Edmonton and Medicine Hat, plans to integrate more battery-electric buses like the Winnipeg-made Motor Coach Industries 56-seat J4500 Charge into its fleet of 240 buses.

(UPDATE: Sept. 8 @ 3:30 pm)-TRAXX Coachlines plans to smash its own world record by pushing an electric bus to its limits on a Vancouver-to-Kelowna trek.

Last week, TRAXX, which has offices in Kelowna and Kamloops, set a Guinness Book of World Records milestone with the J4500 Charge, 56-seat motorcoach travelling 356 kilometres from Kamloops to Delta with an elevation gain of 830 metres between Kamloops and the Coquihalla Summit on the Coquihalla Highway.

On Tuesday, Sept. 14, TRAXX expects to best its own world record with an arduous 384 kilometre trip from sea level in Vancouver to Kelowna via the Coquihalla and Okanagan Connector highways.

The attempt will include two incredible climbs to the 1,244-metres-above-sea-level Coquihalla Summit and the even loftier 1,733- metre Pennask Summit on the Connector between Merritt and West Kelowna.

"This trip will be more difficult with the length, but mostly the elevation climb. (It's) a longer run and higher climb."

"We really wanted to challenge this motorcoach and it definitely came through," said Matthew Cox, CEO of TRAXX Coachlines, which owns the record-setting J4500 Charge, 56-seat bus.

From TRAXX's depot in Kamloops to the training facility of the Vancouver Giants Hockey Club in Delta ended up being 356 kilometres with elevation gain of about 830 metres between Kamloops and the Coquihalla Summit on the Coquihalla Highway.

"You could see the charge on the batteries go down on the hardest climbs of the journey," said Cox.

"But they when we reached the flats of the Fraser Valley the batteries started to recharge."

TRAXX Coachlines, which has offices in Kamloops and Kelowna, hopes to set a world record Monday with a 380-kilometre electric-bus journey from Kamloops to Vancouver that includes a hefty elevation gain of 830 metres (or 2,723 feet) between Kamloops and the Coquihalla Summit.

"This has never been done before," said TRAXX director of business development Steve Ceron from the company's Kamloops office.

"We'll be documenting everything for submission to the Guinness Book of World Records."

While setting a world record will be cool, TRAXX says going electric is all about being more environmentally friendly. 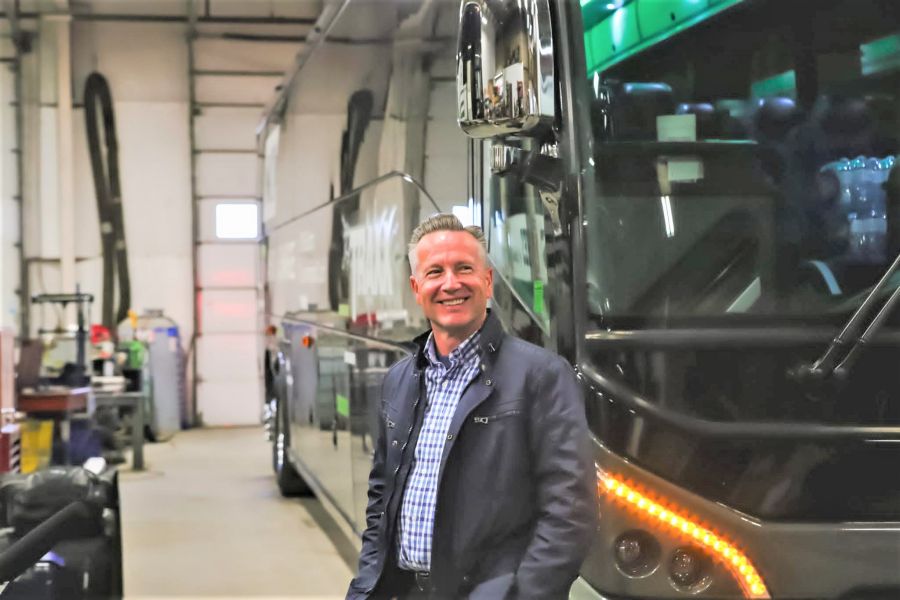 "Our company and CEO Matthew Cox wants to step up and do our part to make a difference," said Ceron.

"It aligns us with the industry's future."

TRAXX, which also has offices in Vancouver, Edmonton, Calgary and Medicine Hat, is a charter and tour bus operator with numerous divisions that has a fleet of 240 motorcoaches.

While it maintains its fleet well for maximum fuel efficiency, the buses are still powered by fossil fuels.

The delivery of its first electric bus, the no-emission, plug-in, J4500 Charge from MCI Motor Coach Industries in Winnipeg is the start of a move to more battery electric and fuel-cell buses.

It also lends itself to a special event such as the world-record-setting ride leaving Kamloops Monday morning and arriving about four hours later at the Vancouver Giants Hockey Club facility in Delta.

"It's a great tie-in with the Vancouver Giants because we do all the charters for the team," said Ceron.

For the whole trip, a Tesla all-electric car and another great tie-in, will drive beside the bus capturing video, photos and data to commemorate the occasion and collect information needed to submit to the Guinness Book of World Records.

The three huge American-made XALT lithium ion batteries that power the bus allow it to travel at highway speeds, smoothly and quietly.

The batteries can be fully charged with a four-hour plug-in and also partially recharge with stops and starts while the bus is being driven.

The cost of the bus wasn't disclosed, but Ceron said it's more than a traditional bus, but worth the extra initial investment for the fuel and environmental savings that come in the future. 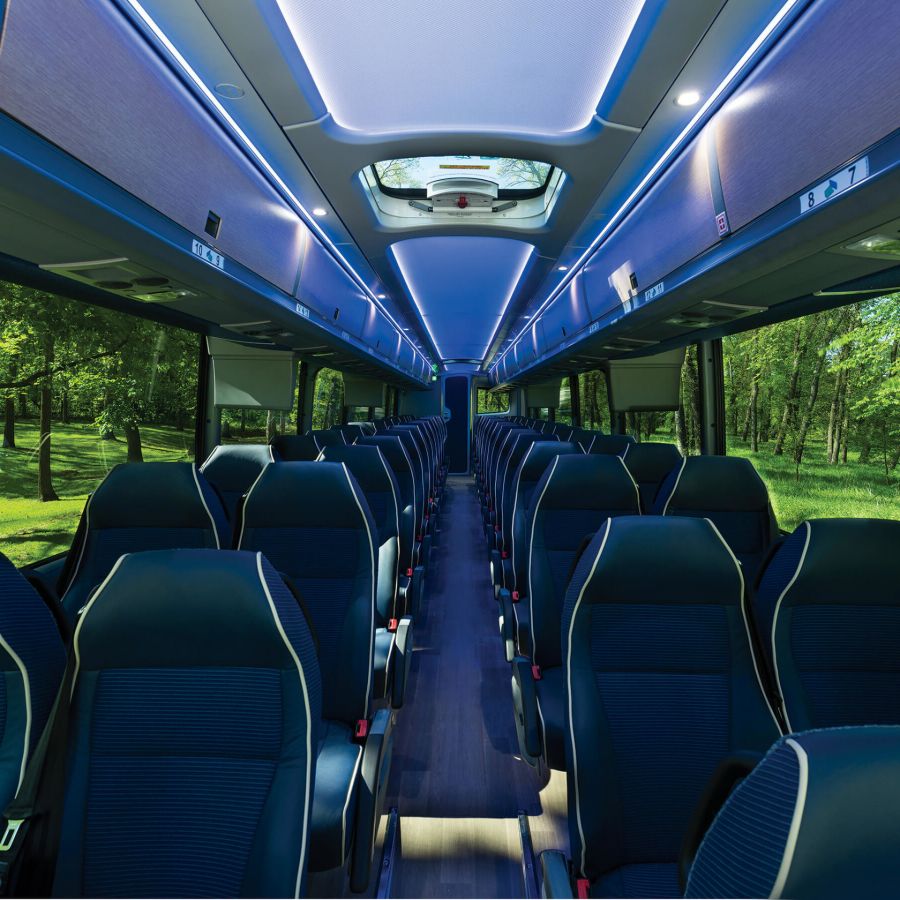