Prime Minister Justin Trudeau has announced changes to his government’s plans to financially support Canadians during the COVID-19 crisis.

He said the previously announced measures – which included two main benefits, one expanding Employment Insurance and the other for those who don’t qualify for EI – have been replaced by one scheme.

The new Canada Emergency Response Benefit will provide $2,000 a month for four months to all Canadians affected by the crisis, Trudeau said.

People who were working full-time, on a contract or self-employed will be covered by the new benefit. 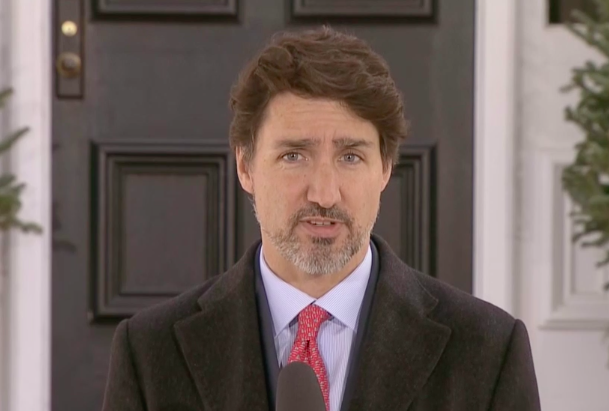 It also applies to people who are sick or quarantined, Trudeau explained, and to workers who are still employed but not receiving the same income.

“Our government is doing everything we can to be there for you,” he said.

If approved, affected workers would have to fill out an online application and meet what Finance Minister Bill Morneau said will be a few, limited conditions to qualify.

The prime minister also said “this is only the beginning,” adding that he had more measures to announce – including for businesses.

He said he expected cash to be in Canadians’ hands within 10 days of submitting their applications, which should be available in early April.

The $82-billion legislation designed to pay for the new benefit was passed by the Commons early this morning and is now with the Senate.

“Help is on the way,” Trudeau said.

“The most important way we can work together is by staying apart,” he said.

Trudeau also said the federal government is about to announce supports to keep journalists working and reporting on the COVID-19 crisis.

Details are coming later from the heritage minister, Trudeau added.

The SaltWire Network said in a statement that the moves are to preserve money in the hopes of reopening the closed outlets later this year.

UPDATE: Save-On-Foods the latest grocer to add Plexiglas to checkouts