Former Nazi death−squad member Helmut Oberlander has died in the midst of a decades−long deportation battle with the federal government.

His family said in a statement Thursday that the 97−year−old died peacefully in his home "surrounded by loved ones."

"Notwithstanding the challenges in his life, he remained strong in his faith," the family said. "He took comfort in his family and the support of many in his community. He gave generously to charity, supported his church, and was a loving family man. He will be dearly missed."

In early September, the Immigration and Refugee Board of Canada began an admissibility hearing on whether Oberlander could remain in Canada or be returned to Germany.

Oberlander’s lawyer sought a stay in the proceedings, partially due to his client’s declining physical and mental health. The decision maker in the case adjourned the proceedings to consider the application.

Oberlander’s family wanted him to remain in Canada until his death. 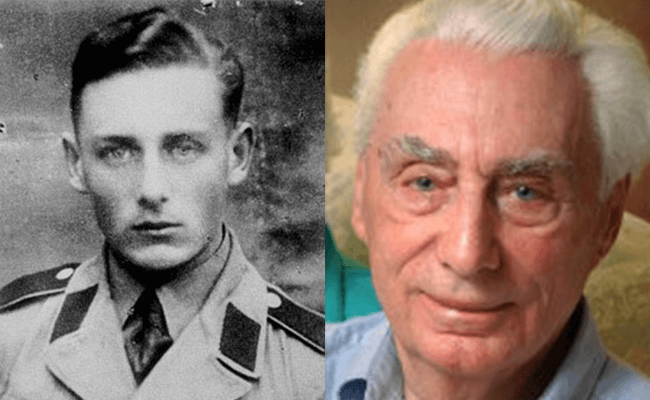 Oberlander, who had been living in Waterloo, Ont., was a member of a Nazi death squad that operated behind the German army’s front line in the eastern occupied territories during the Second World War.

He said he was conscripted into duty as a teenager on threat of death and that he never participated in any killings.

Oberlander served from 1941 to 1943 as an interpreter with the Ek 10a unit, which was responsible for killing more than two million people, most of them Jews.

He arrived in Canada in 1954 and became a Canadian citizen six years later, but he did not disclose his wartime experience to his new country.

In June 2017, the federal government revoked Oberlander’s Canadian citizenship for the fourth time since the mid−1990s.

Courts have repeatedly agreed Oberlander’s citizenship should be revoked on the grounds that he lied about his participation in the Nazi squad.