BC residents, specifically in the Southern Interior, are being urged to put together an evacuation plan as challenging weather conditions are forecasted in the days ahead.

Today, officials provided an update on the current wildfire situation in the province, and a Provincial State of Emergency was declared. 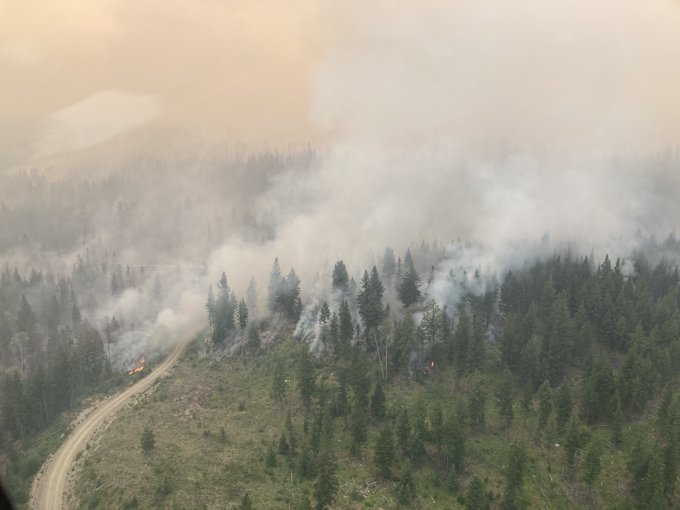 Cliff Chapman from the BC Wildfire Service said that a wind warning is in place for the next 48 hours, and another batch of lightning without rain is also expected.

Fire activity has the potential to flare in the coming days as a subtropical feed is expected to move into BC from the United States.

Chapman said the weather event will bring with it significant wind to the Southeast and Kamloops fire centres, where conditions are already extremely dry and volatile.

The weather is expected to challenge current firefighting efforts, especially in the Southern Interior, leading to more evacuation orders and alerts.

Given the expected worsening conditions, people are urged to not stay behind when evacuations are ordered.

Chapman said that yesterday aircraft resources had to be deployed to an evacuation zone after some people decided not to leave. Their rescuers had to risk their lives by going in at night with smoky conditions and significant fire behaviour to extract them. 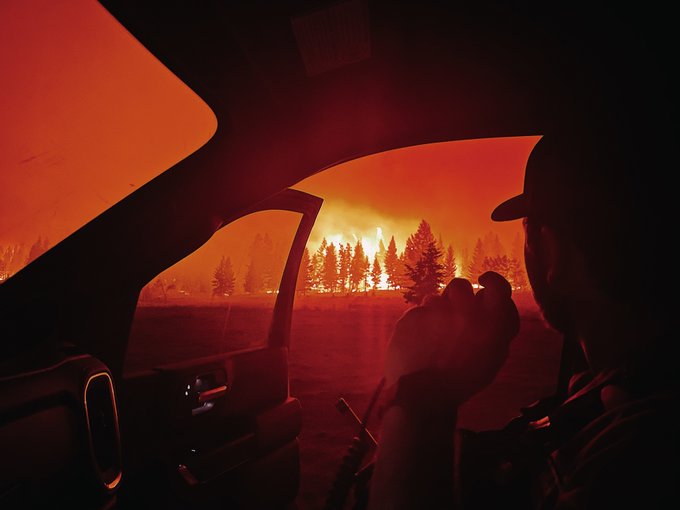 When speaking today on the wildfire situation Mike Farnworth, minister of public safety, said that those who ignore evacuation orders not only risk their lives, but the lives of others.

“That’s just not acceptable,” he said. “We’ve got men and women who are out there doing everything they can to keep life safe and to protect property, and the last thing we need is resources being diverted because someone decided that they knew better and that they were going to ignore an evacuation order.”

Residents are asked to have a plan for your family, which means having an emergency kit and a grab and go bag. Some of the things you should have include clothing, food, water, comfort items, important documents and things like photo albums and other things that can’t be replaced.

And, if possible, plan accommodations with family members or friends to help people who don't have that option to acquire accommodations.