Yet, here I am in the passenger seat of Treise’s car, a woman who I met only a few moments ago.

My wife, Kerry, is in the back seat.

“Honestly, it’s no trouble, no trouble at all. I’m happy to do it,” says Treise in her Irish brogue.

You see, we’d stopped Treise on a Dublin street to ask directions to The Brazen Head, the oldest pub in Ireland dating back to 1198.

She started pointing this way and that as she tried to explain.

In the end, she said her car was right here and why didn’t she just give us a lift.

Kerry and I looked at each other, and rather surprisingly, nodded, agreed and hopped in. 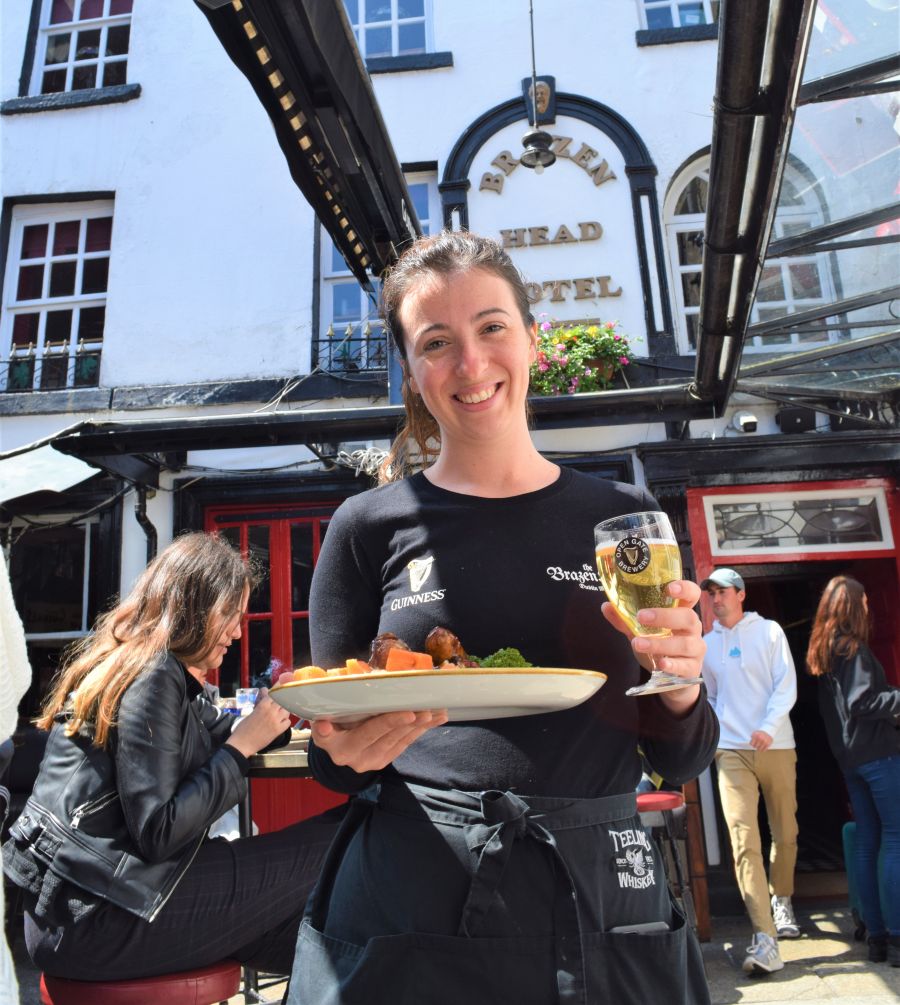 We must have been disarmed by the Gaelic hospitality we’d constantly been shown in Dublin, because we trusted this woman immediately and instinctively knew she would deliver us to The Brazen Head safely.

After a couple of days in Dublin we were also caught up in the ‘craic’, the Irish term for having a grand time in virtually everything you do be it modern or historic, high-brow or low-brow, city or countryside.

To top it off, both Kerry and I have Irish heritage and the country’s tagline of ‘I’m Irish. What’s your superpower?’ is still ringing in our ears.

Sure enough, in about five minutes we’re standing on the sidewalk in front of the famous pub saying our thank yous and goodbyes to Treise.

Kerry and I are in Ireland on a self-designed pubs-and-castles sojourn.

After all, Ireland is mecca for pubs and castles are everywhere.

As such, The Brazen Head is a must-see for its incredible 824-year history.

We check out the low-ceilinged, timbered snug of the pub and imagine punters enjoying pints of ale and hearty Irish fare over eight centuries.

We take a seat in the rustic courtyard and devour the most Irish items on the menu for lunch – Irish stew and bangers and mash with a half-pint of Guinness.

We kept our drinking to half-pints because before Tracy dropped us off at The Brazen Head, we were on the Guinness Storehouse tour.

It included not just an interactive history of Ireland’s most famous stout, but pulling our own perfect pints in the Guinness Academy (and drinking them, of course) and then another pint at Guinness’ roof-top Gravity Bar, which bills itself as having the best views in Dublin.

We wholly agree, and use the 360-degree outlook to point out our home away from home, The Merrion Hotel; Grafton, the shopping street we just walked up; the River Liffey; The Shelbourne Hotel, where we ate Atlantic stonebass the night previous in the historic Saddle Room restaurant; Temple Bar, another famous pub where we listened to live Irish folk music just the day before; and O’Donoghue’s Pub, where we also enjoyed a pint and some Gaelic tunes the night before. 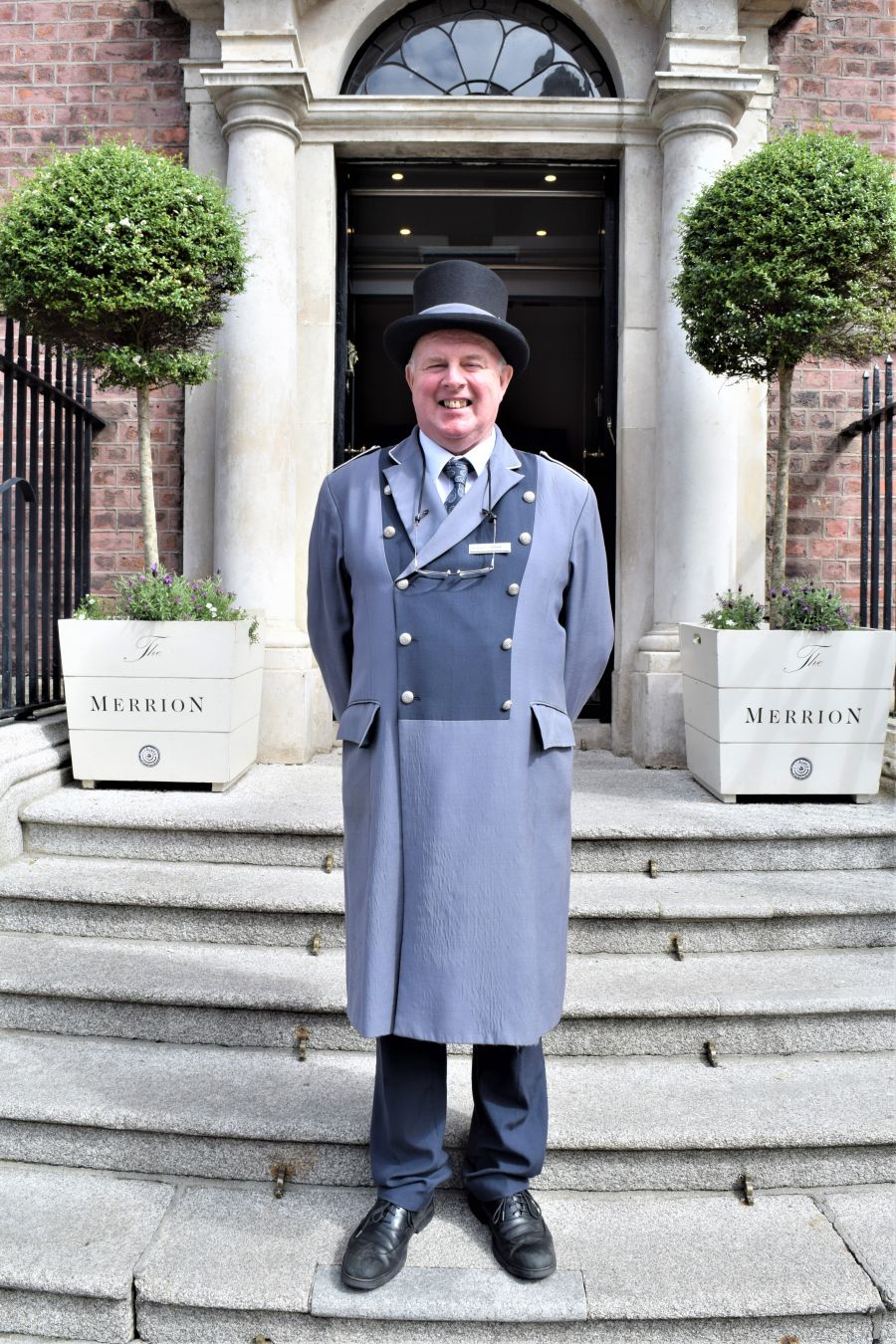 By the way, The Merrion is Dublin’s most luxurious, five-star hotel, created by joining together four Georgian townhouses that used to be home to the likes of the Duke of Wellington, Lord Monck, Baron Cloncurry and Viscount Castleragh.

It’s also the kind of place where you have afternoon tea in the drawing room, descend to the basement for a pint at The Cellar Bar (a pub fashioned from the former Duke of Wellington’s wine cellar) and wander about to check out the largest private art collection in an Irish hotel.

Ireland is more accessible to Canadians than ever before with Air Canada flying non-stop to Dublin from Toronto, Montreal and Vancouver.

If you really want to treat yourself, opt for Air Canada's Signature Service.

That way you you can access the Air Canada Signature Suite at the departure airport, the enhanced lounge with a la carte restaurant by Vancouver celebrity chef David Hawksworth, and then fly business class in the Dreamliner B787 jet with a lie-flat seat so you can sleep and arrive in Dublin refreshed and ready to hit all the pubs and castles. 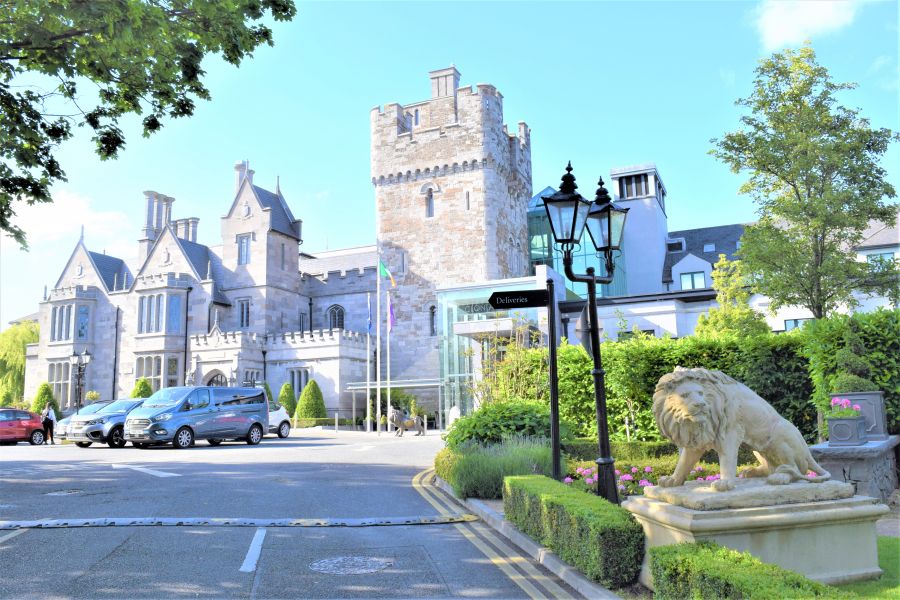 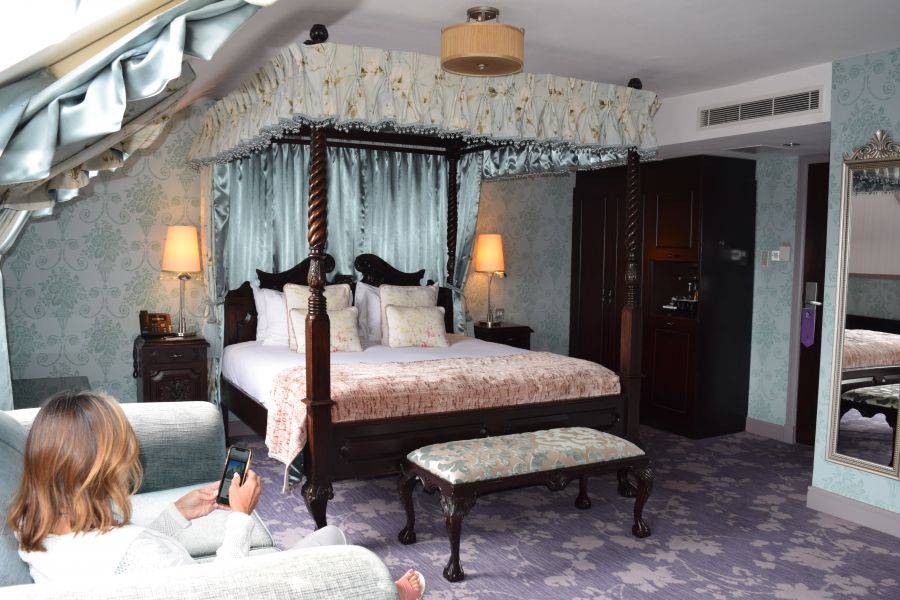 To amp up our castle content, after three days in Dublin’s city centre, we head to the city’s northern suburbs to stay at Clontarf Castle Hotel.

The hotel is indeed a castle, which was built in 1172 for Baron Hugh de Lacy, Lord of Meath.

Besides its 850-year history, it also has aristocracy-themed rooms with all the mod-cons, is two blocks from the Irish Sea for long waterfront hikes and close to the train station to ride the rails to other castles.

The most famous being, of course, Blarney Castle, built in 1446. 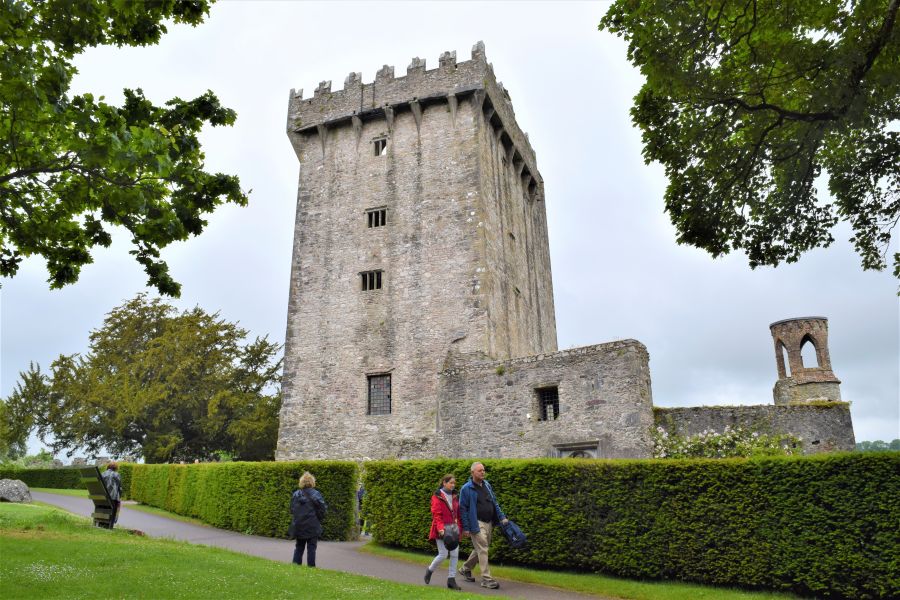 So, we catch the two-and-a-half hour train to Cork with Railtours Ireland First Class to kiss the Blarney Stone, the actual chunk of rock built into the turret of the castle.

The stone is revered for giving the ‘gift of the gab’ to anyone who smooches it.

And pucker up we do, somewhat inelegantly, by laying on our back on a mat, craning our necks and planting a wet one.

Naturally, there are those rogues in line who shout out: ‘You’re not supposed to give it the tongue’ and ‘Surely, not on the first date!’

FYI, the stone is disinfected between every liplock.

From Clontarf, it’s also easy to catch the train to Malahide, the seaside town with the 800-and-some-year-old castle that used to be home to Richard Talbot, Duke of Tyrconnell and whose ancestor lent his name to Port Talbot, Ontario. 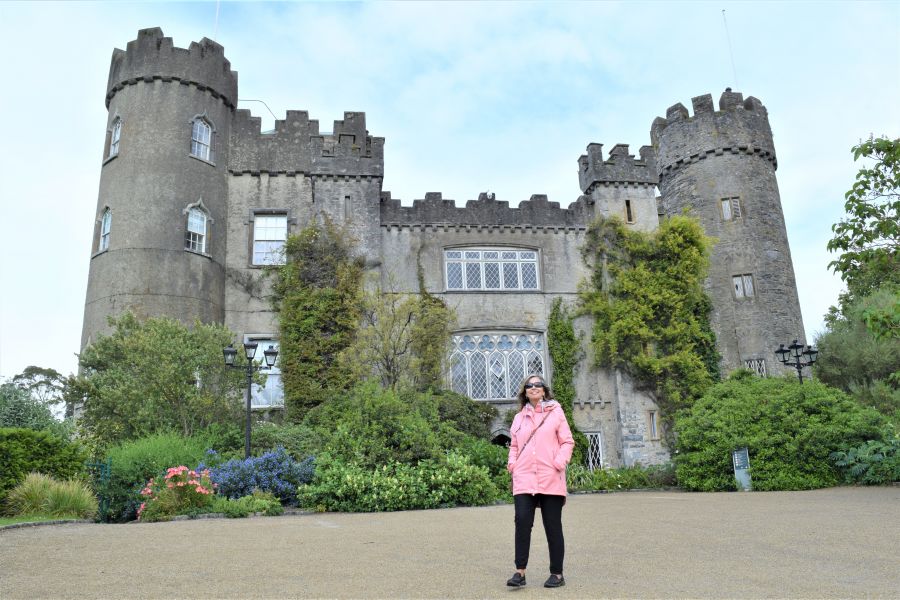