Two paramedics who responded to a call in the Downtown Eastside of Vancouver have been fired after not bringing a stretcher to a patient and allegedly being dishonest during an investigation.

Alyson Banner and John Crawford were employed as primary care paramedics with British Columbia Emergency Health Services (BCEHS or the employer) until they were fired on March 5, 2020 for their conduct during a call on October 15, 2019. 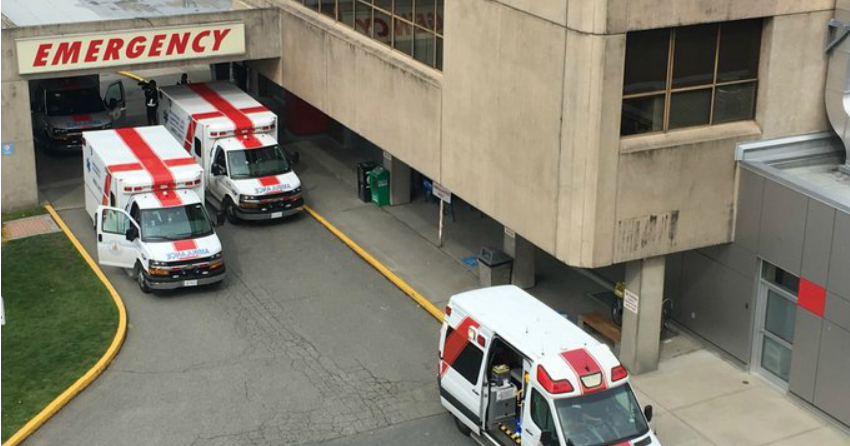 According to a ruling from labour arbitrator Paul Love, the incident is described as “most probably career ending,” and said that “this was a very serious incident involving patient abuse.”

According to the ruling, Banner and Crawford attended a call in the Downtown Eastside of Vancouver but failed to bring a stretcher — leaving the patient to crawl to an exit while in considerable pain.

According to the patient and his mother, on October 14, 2019, they had returned from Kelowna to Vancouver after spending Thanksgiving with relatives.

In the early evening, the patient was dropped at his residence at the Woodwards Building, a low barrier housing project operated by the Portland Hotel Society.

After going to bed after watching TV, the 56-year-old man, who admitted to having a history of drug addiction, woke up in severe pain.

It was said in the ruling that at the time the man was undergoing methadone therapy and was not using drugs.

He was able to crawl to the 10th floor where two mental health workers were working at the front desk.

The workers called 911 and asked for an ambulance for the resident, and the paramedics and a police officer arrived.

Not only did the paramedics not bring a stretcher or cot, they also were without equipment that is mandated to be brought to a poisoning or overdose call, which includes an automated external defibrillator (AED), suction kit and oxygen.

They claimed that they did not bring a stretcher because it would not fit in the elevator of the building, however their employer found this to be untrue.

They also claimed that the patient was “aggressive, belligerent and foul mouthed” and that he told them not to touch him. The patient denied asking not to be touched and added that the paramedics did not attempt to tell him that crawling was a good idea.

“In cross-examination, the patient testified that the female paramedic was more aggressive than the male paramedic and she was yelling at him and in his face. He stated that the paramedics were basically trying to suggest that he was putting on a show for them,” the ruling said.

The patient was in intensive care for three months after a diagnosis of sepsis.

The patient stated that prior to the incident, he had a deep respect for paramedics and would often thank them for the good work and help that they were doing in his neighborhood.

He said that he is now afraid to call 911 or seek assistance from paramedics.

It was noted that both paramedics had substantial training and experience.

The union representing them asked that the two former employees be reinstated, however the arbitrator has ruled against it.

“Although the grievors have seniority and unblemished work records, the grievors were unable to explain why this event occurred,” said Paul Love in his conclusion. “This incident does not involve an issue of lack of training. I am not satisfied that the grievors would benefit from a progressive discipline approach.”

NowMedia has reached out to the union for a statement, but no response was received for publishing.