It's been a remarkable start to the 2022-23 season for the juggernaut known as the Penticton Vees. 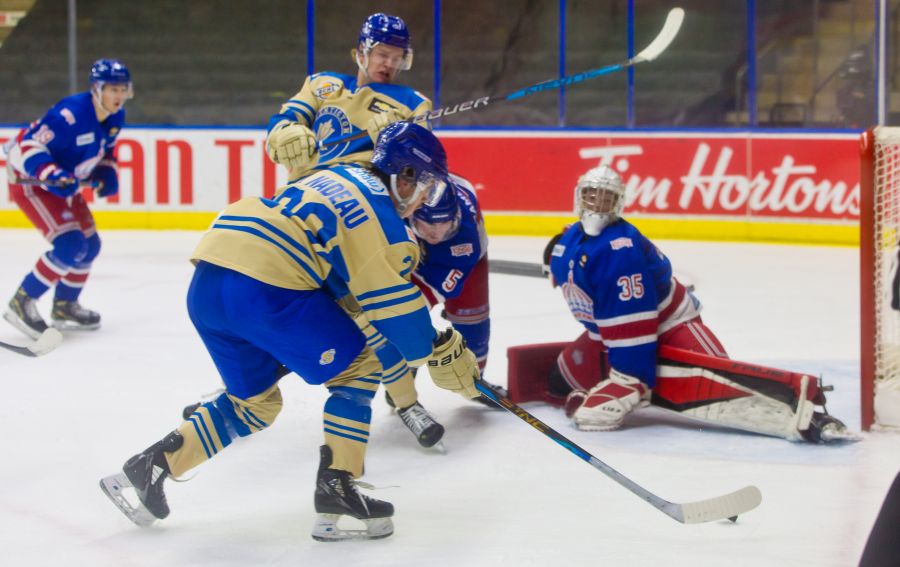 The twentieth came Saturday night at the SOEC against the Prince George Spruce Kings. But it wasn't easy. At least for the first half of the contest. 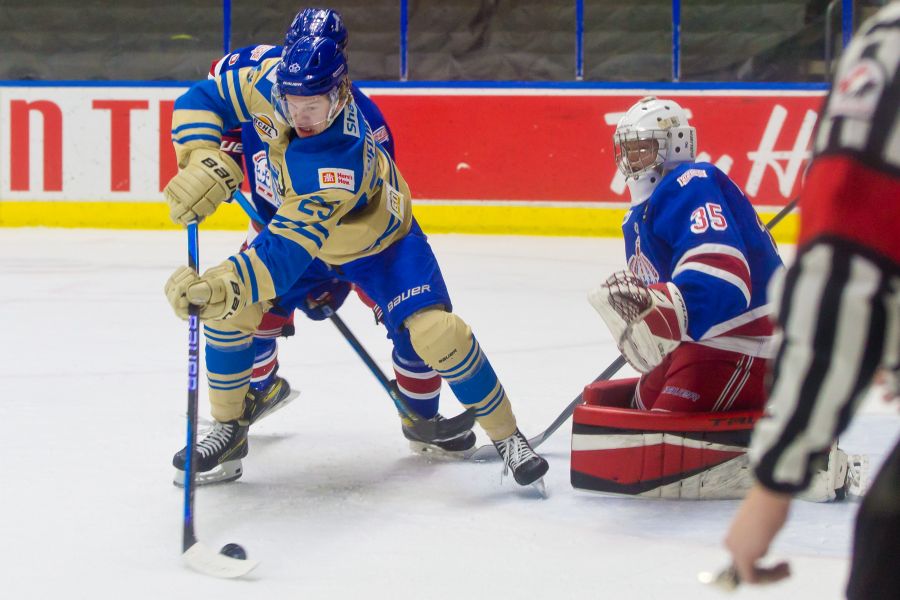 The Vees had annihilated the West Kelowna Warriors, sitting second in the Interior Division, 11-2 Friday evening. And here they were less than 24 hours later, playing a team known for its defensive prowess.

They were due for a letdown and that’s precisely what happened. The first period ended with each team pumping just five shots at the opponent net and no one scoring. It was a verifiable yawner. 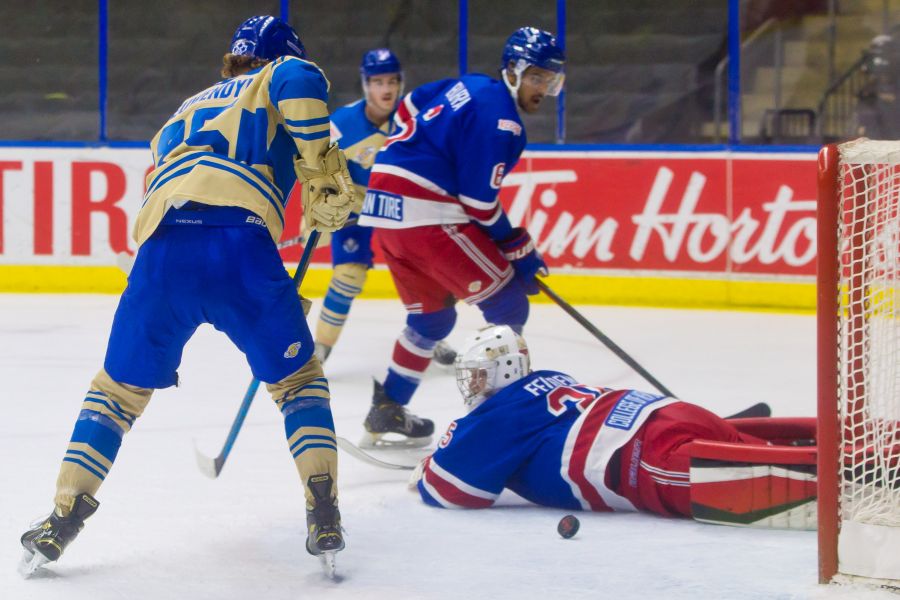 And then just 1:35 into the 2nd, the Spruce Kings did something very few teams have done versus Penticton this season -- take a lead. An unassisted Jake Schneider goal made it 1-0, and that's the way it would stay until the midway mark of the frame when the Vees power play and leading league goal-getter, Bradly Nadeau, came to life. 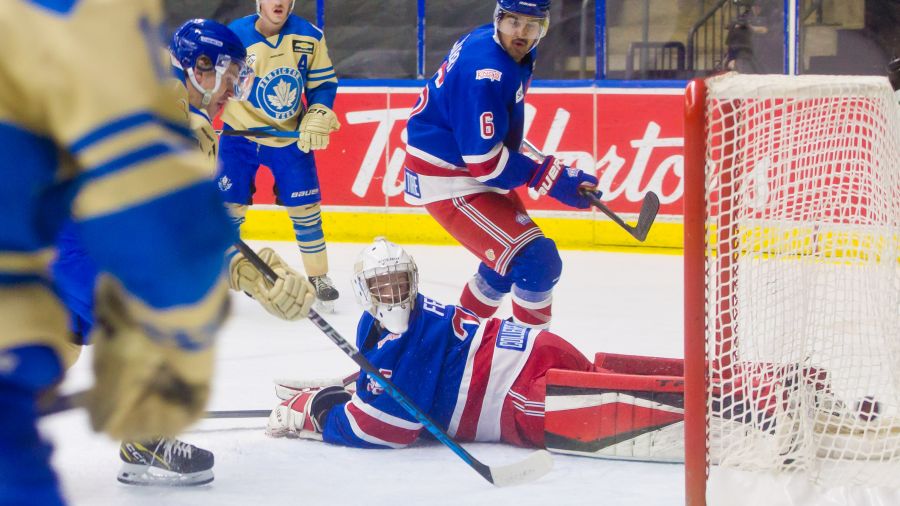 The Nadeau goal at 10:19 seemed to change the tone of the game, and it was brother Josh who played the starring role. At 17:42 of the 2nd, the power play struck again when Jackson Nieuwendyk smacked home a rebound of a Josh shot. At 3:26 of the third, it was a switcheroo -- Josh from Nieuwendyk -- on Penticton's third straight PP goal. 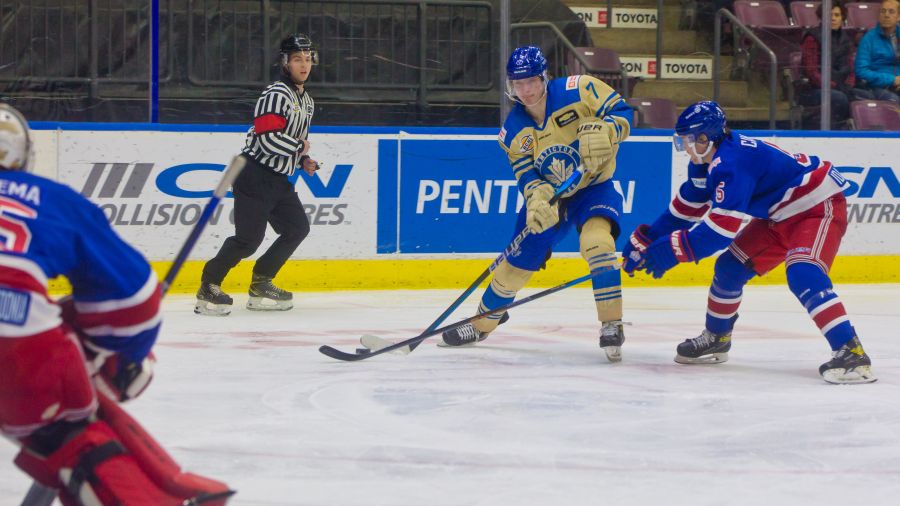 Big Aydar Suniev finished off the scoring at 9:05 of the 3rd with the only even-strength Vees goal of the night, assisted by both Nadeaus. Ultimately, Josh ended the game with points on every Vees goal (one goal, three assists), while Suniev finished with three points (one goal, two helpers). 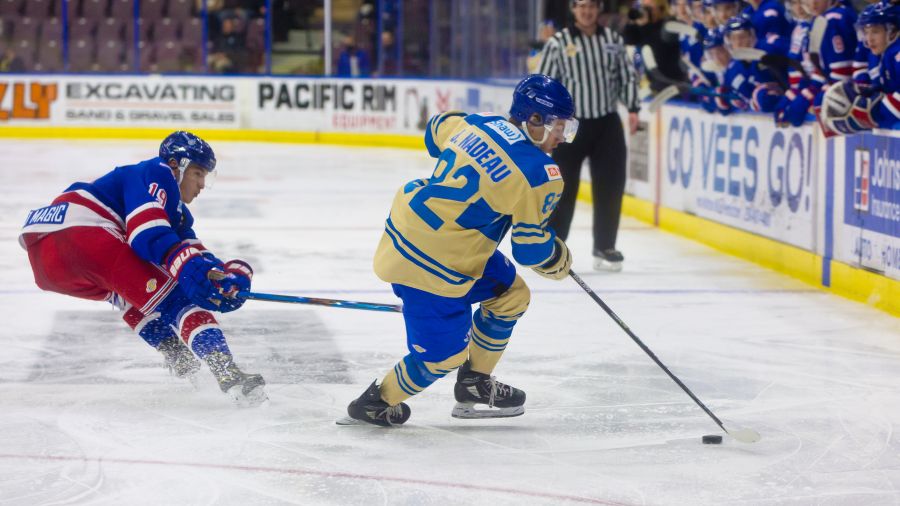 With his four-point Saturday and five-point Friday, Josh Nadeau had a smoking hot nine-point weekend and now leads the league with 43 points in just 20 games. That's a stunning 2.15 point-per-game average, just a wee bit ahead of Bradly with a similarly gaudy 2.10. 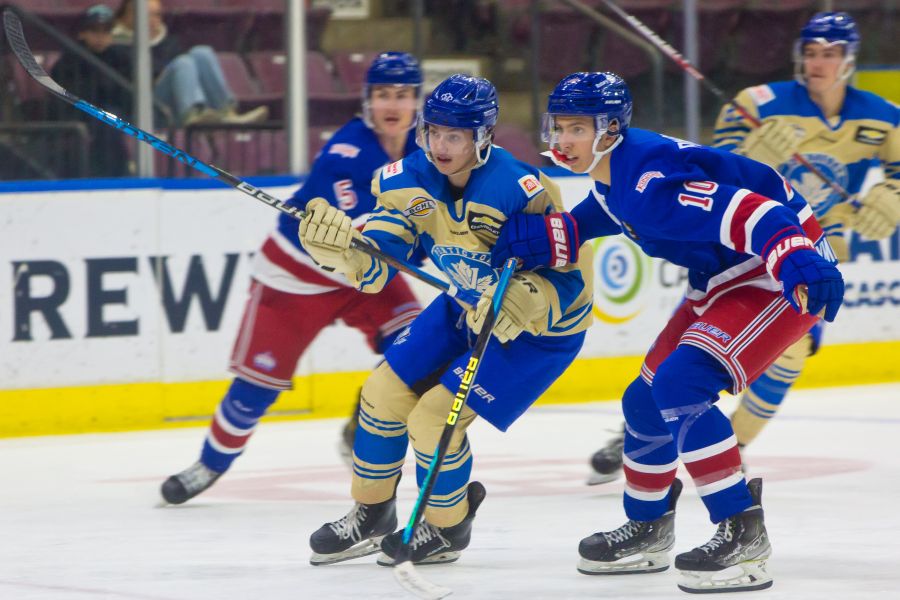 Wednesday night another strong Interior Division team comes to the SOEC when the Salmon Arm Silverbacks at 11-7 take on Penticton at 6:30 pm. 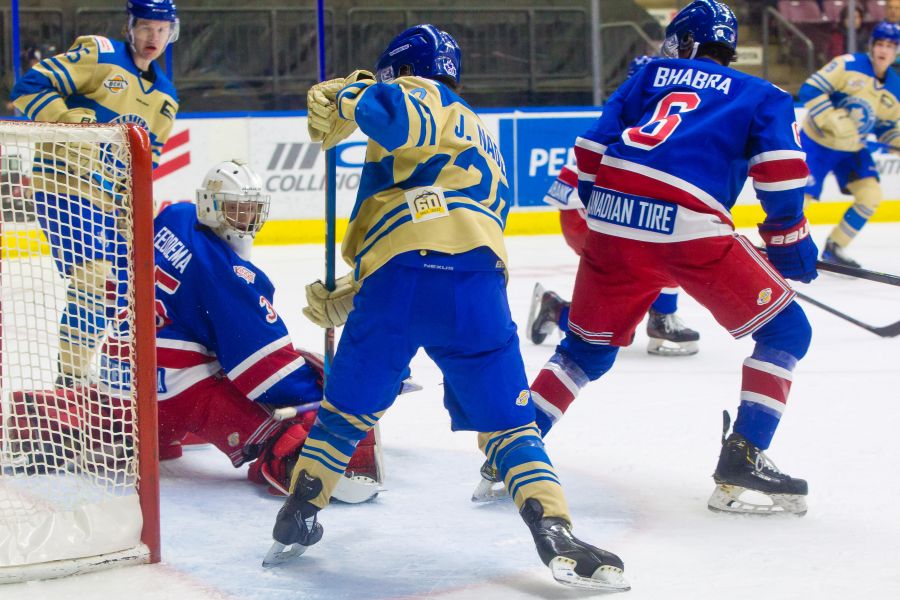