When Vernon's Frances Callaghan and Oyama's Dawn Larden took over the two-day Christmas market that runs every November aboard Penticton's SS Sicamous, they did so knowing they were following in the footsteps of a community icon.

The market, and the success it achieved in recent years, was very much a product of Laurel Burnham. But when Burnham grew ill early in 2019, Callaghan and Larden tentatively grabbed the reins. And this weekend, they debuted their efforts. 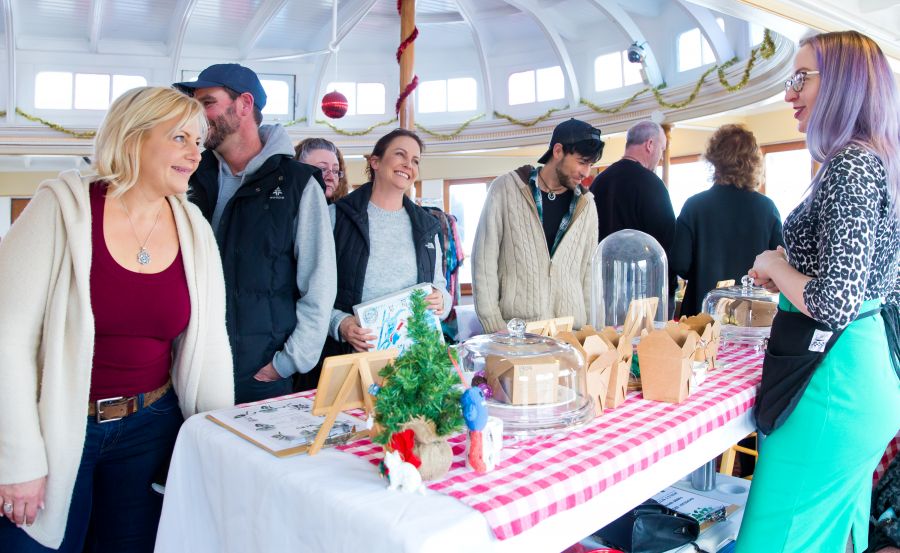 Fortunately, they didn't mess much with a winning formula. 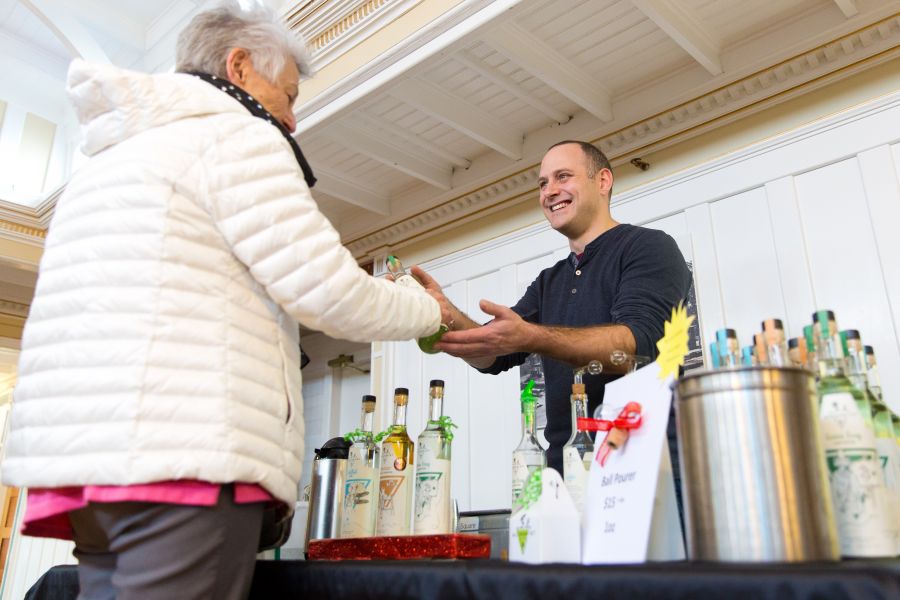 Any event held in a century-old sternwheeler with an enormous model railroad weaving through the lower deck will already have a pretty cool vibe. Add Christmas-y accoutrements sprinkled throughout the ship and a group of vendors chosen for their sustainable practices, and it’s little wonder the Sicamous market has become a Penticton tradition. 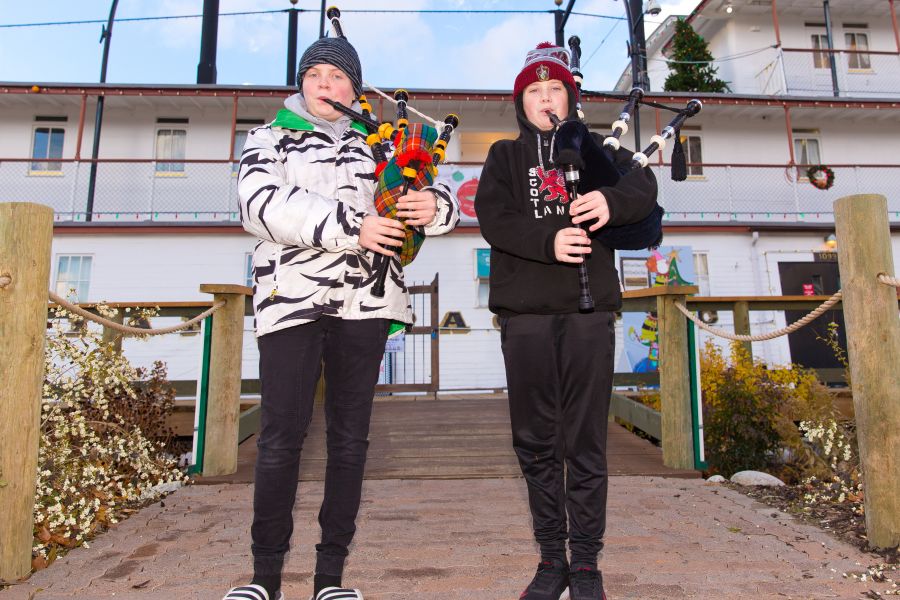 One of the few things they did change was the name. Known simply as the SS Sicamous Christmas Market when captained by Burnham, it is now the SS Sicamous One of a Kind Handmade Craft Fair. 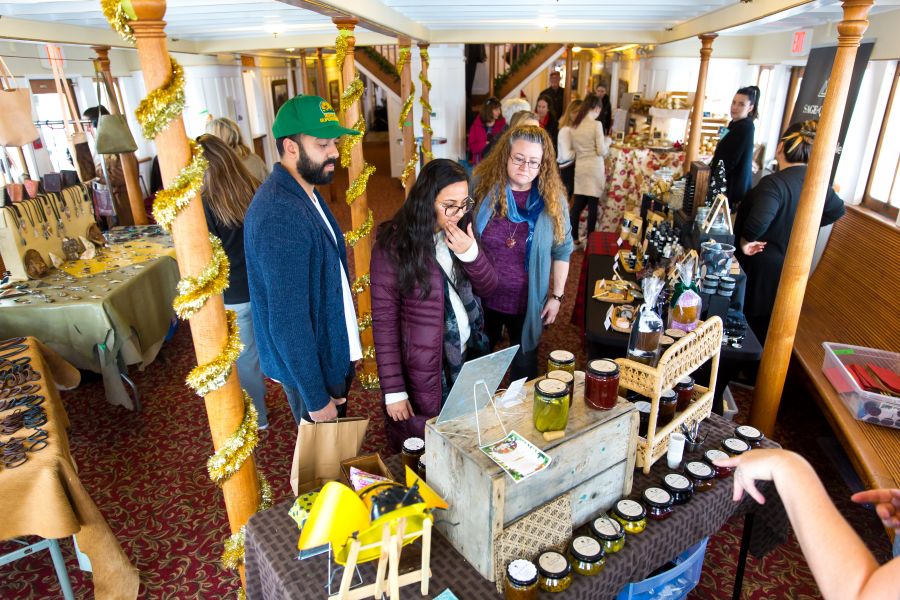 The only other modification of note was an injection of talent from the central Okanagan, where Callaghan in particular has gained notoriety as a top-notch market manager and had gotten to know a ton of people.

Take yesterday's live entertainment – a Kelowna-based musician named Sarah Mainland who's often played at Callaghan-run events such as that city's Farmer's Market. This weekend, she proved to be an awesome Sicamous addition. 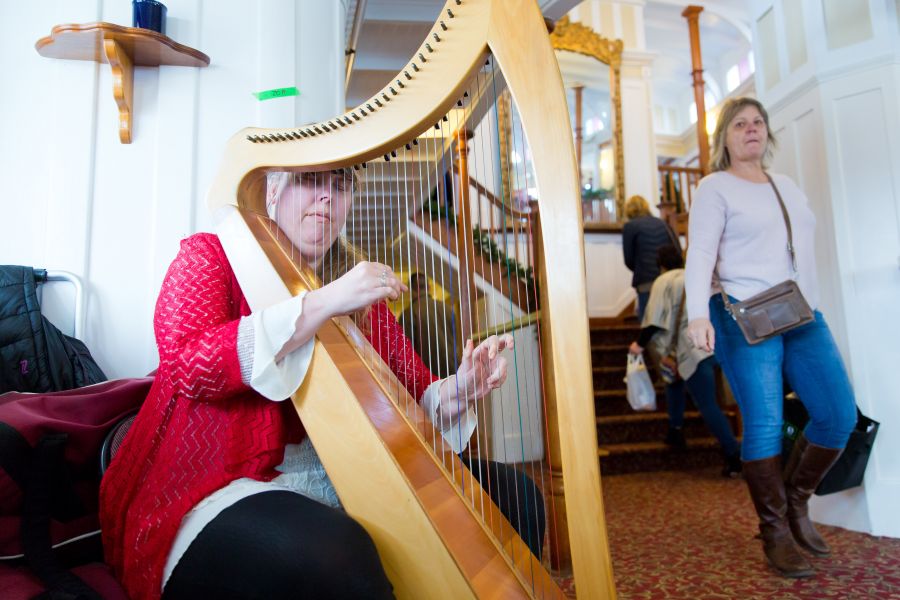 Mainland plays the harp. She plays with precision, and she plays with warmth. The soft sound of her musicality wafted through the ship on Sunday afternoon like it should have been there all along.

One thing about Mainland. She's blind. 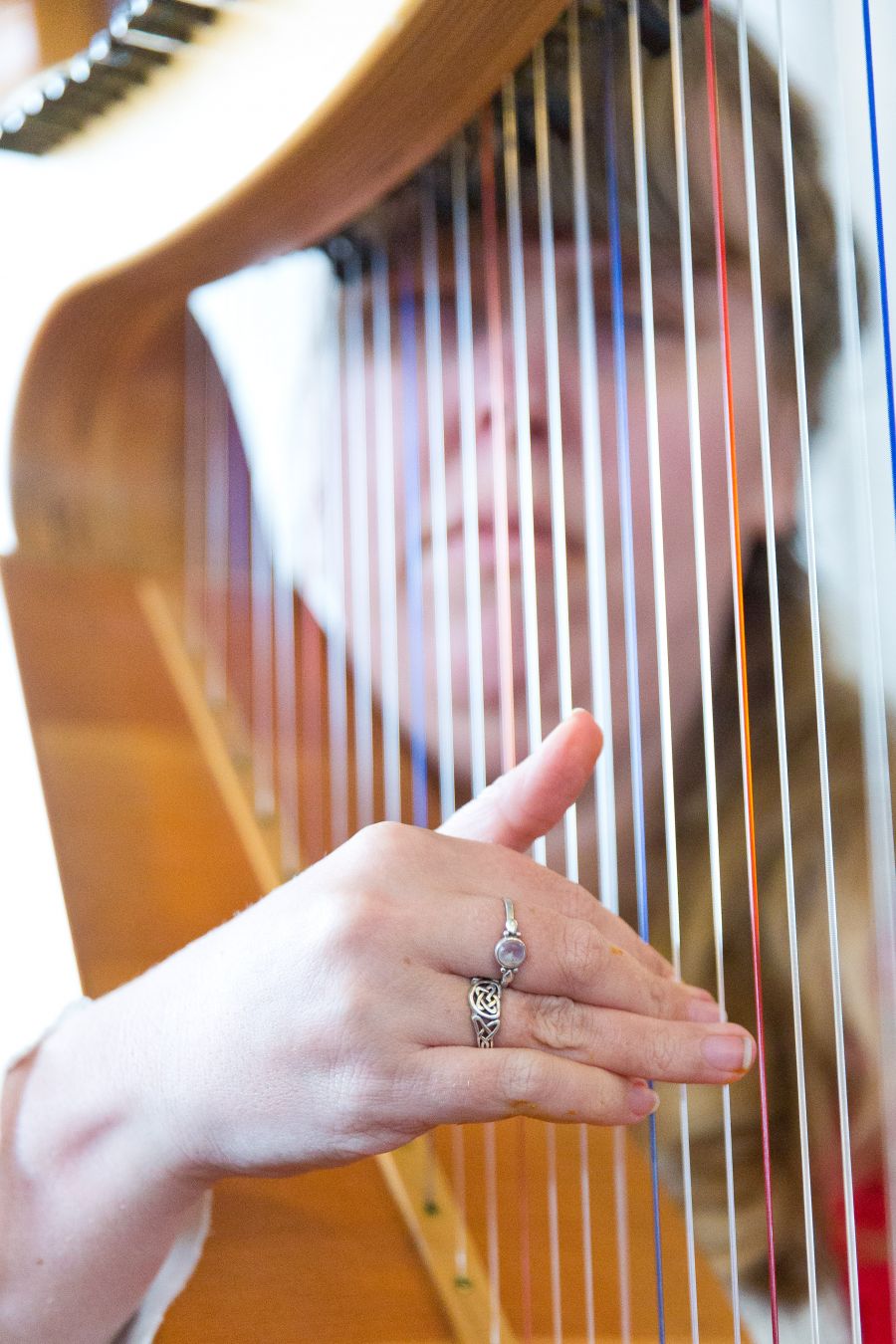 "It's my 13th year playing the harp," she said Sunday afternoon. "I started with piano when I was five, then classical guitar at 14, and then the harp at 24."

"So basically, I was playing the piano, and decided it wasn't fun anymore," she laughed. "So I moved on to the guitar. And a famous guitarist I was playing with in Rochester, New York said, 'God told me you should be playing the harp.' And I did." 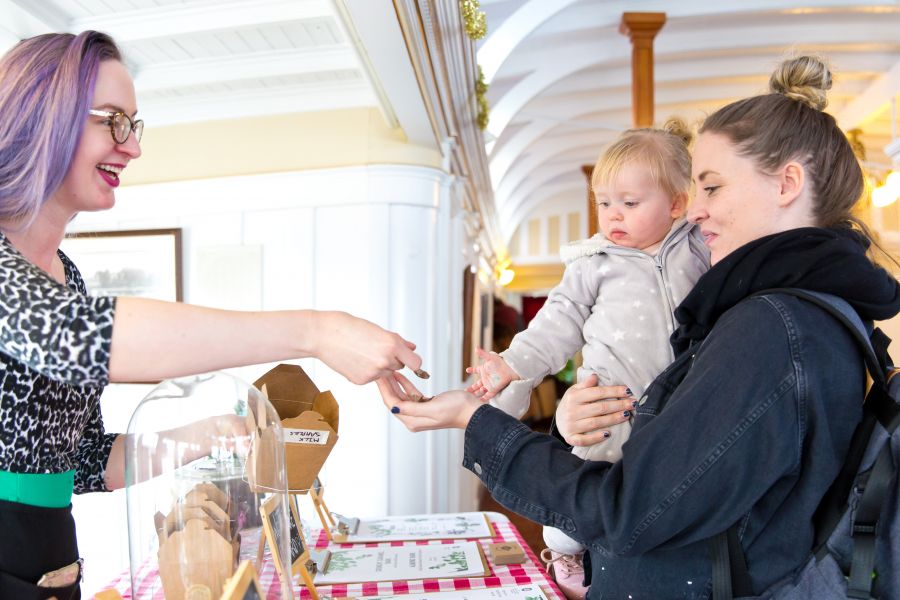 This was Mainland's first time on the Sicamous. But it wasn't her first time playing on a boat. According to mom Joyce, who drove her daughter into town along the 97, she's also performed on the Grand Princess cruise ship.

Indeed, Mainland has a rather busy schedule on land too. Apart from the markets, she busks at spots like the Kelowna waterfront, regularly serenades special events, and has even released a trio of CDs along the way. 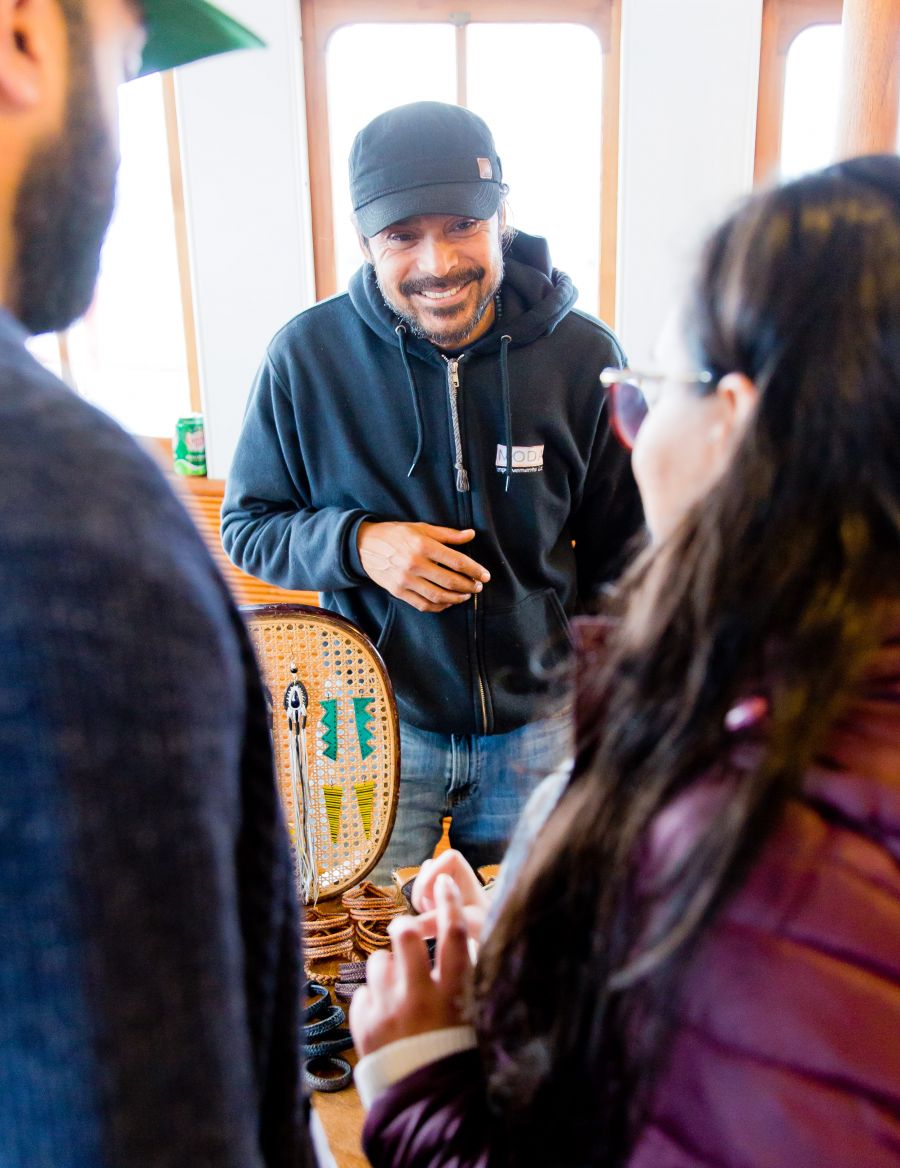 And she has a name for her harp, an intricate all-maple instrument constructed by West Kelowna master harp builder Daniel Schmidt. "I call it 'Dipitous,' she said with a grin, "and together, we're 'Sarah 'N Dipitous.' Get it?"

Another Callaghan-inspired Kelowna import this weekend was potter Candace Webb, who runs a business called Kiln 9 Ceramics and brought along enough of her collection to fill an Ikea shelving unit. 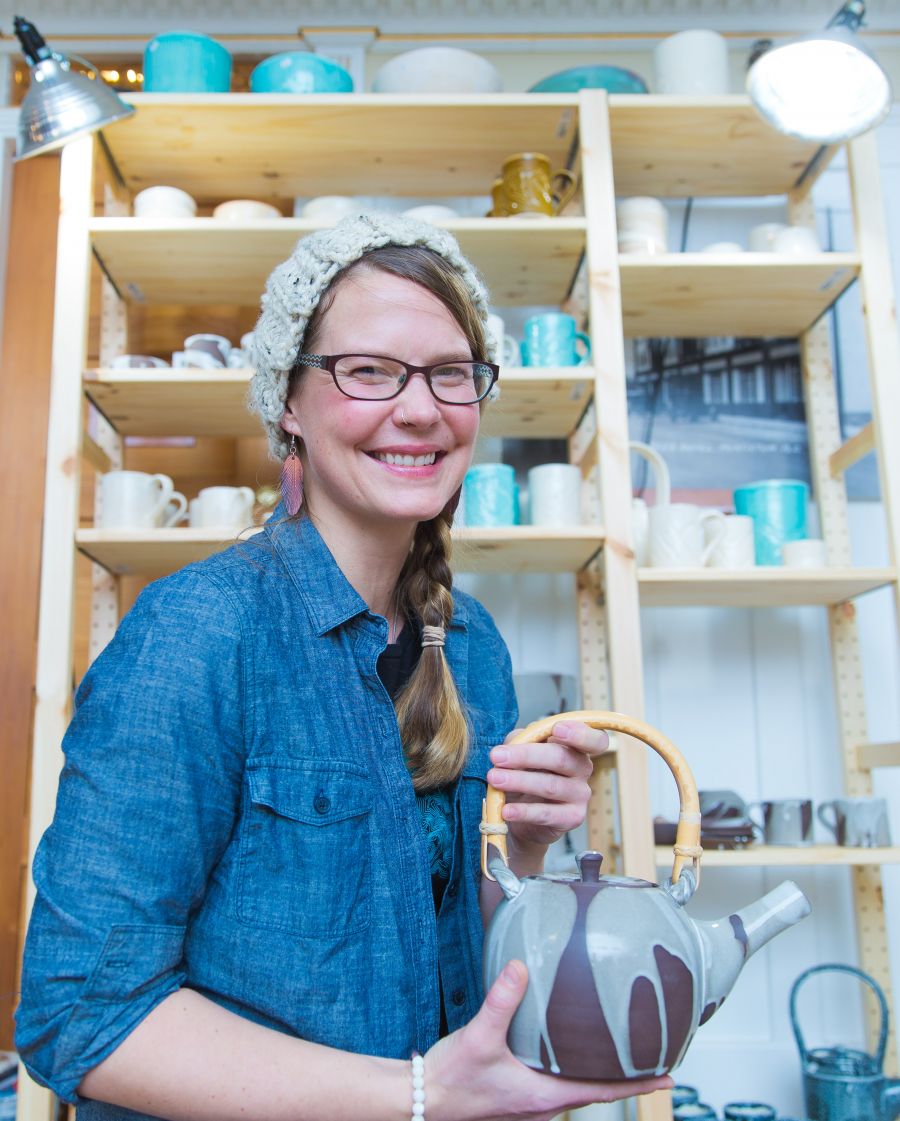 It was exquisite looking and exquisitely functional cups, teapots, bowls and serving dishes, all crafted in her studio. Just the type of handmade product Burnham likely envisioned when she first set up the market.

Super friendly and quick with a laugh, Webb has been creating pottery for a decade and a half and was ready to chat at length this weekend with anyone interested in her process. 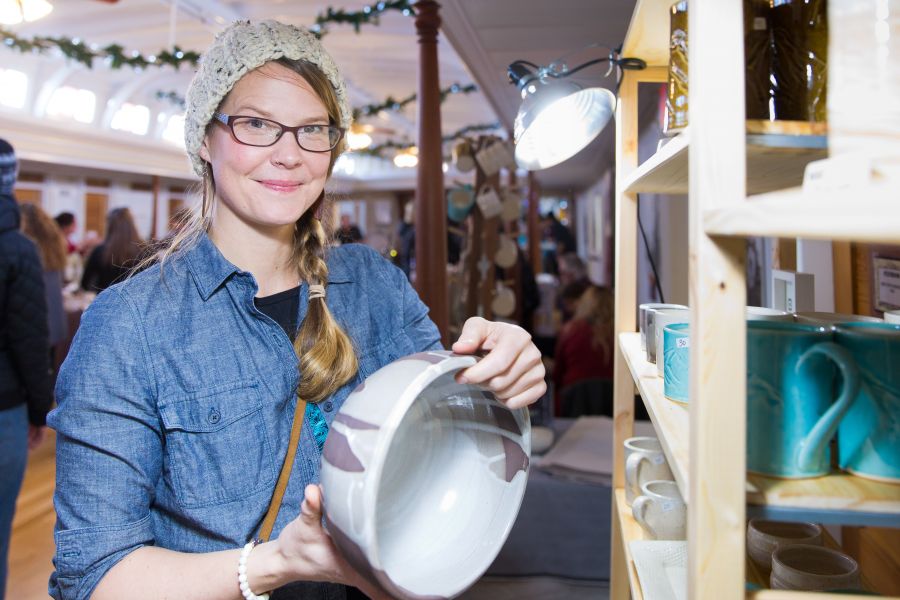 "I'm a third generation artist, but the first potter in my family," she explained. "I use traditional practices to make modern ceramics. I use a pottery wheel, but I also incorporate modern tools. I'm very interested in keeping the tradition of ceramics alive."

"I say this because I see more and more at the schools that are teaching ceramics, they tend to go for the quick and easy way of producing pottery. Whereas if you slow things down and go to the root of what you're doing, you make more powerful pots." 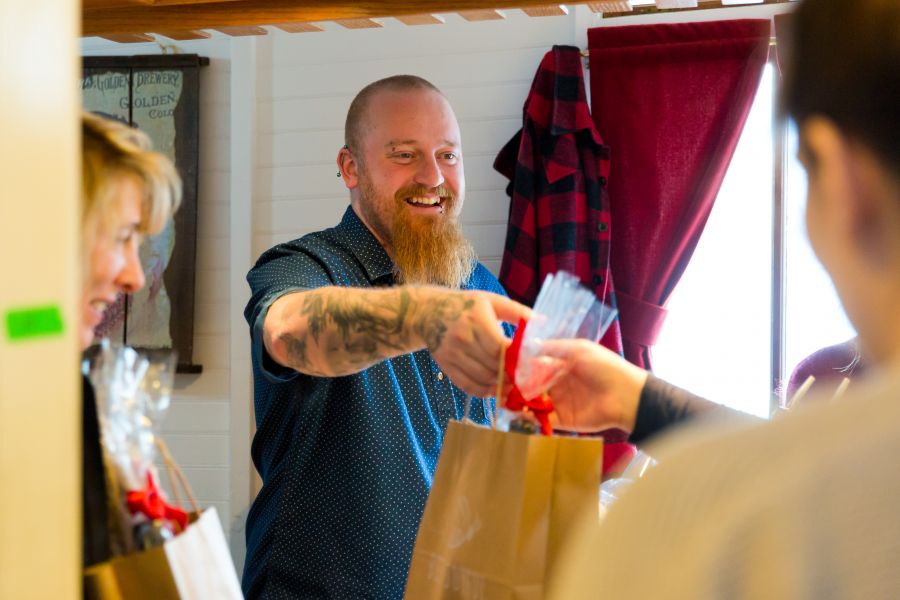 Webb incorporates the natural world into her works, and recently she came up with a new glaze that's seriously Okanagan. When local farmers burn the prunings from their apple orchards, Webb harvests the ash, painstakingly washes and sieves it, then mixes it with chemicals and oxides to make the glaze.

She's also created a new design element that she says can be used in any of her future vessels. She calls it a honeycomb, and for good reason. It was born when she made a mold with silicon rubber of a real honeycomb, taken from an old beehive. 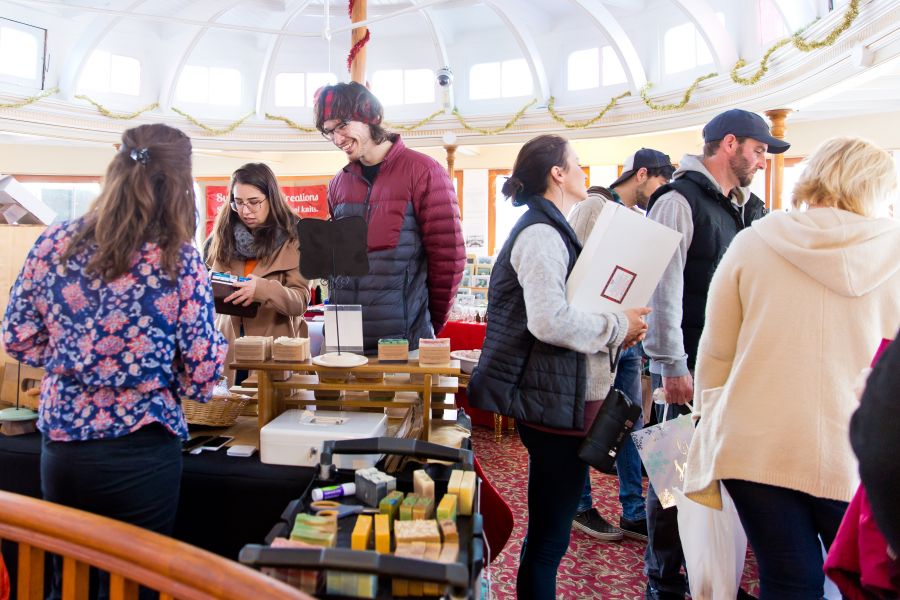 But Webb was just one of 42 vendors spread throughout the ship this weekend, the vast majority of which were returning favourites. Vendors like Penticton's Line & Loops, where owner/artist Tasha Andrusky fabricates the outright cutest, squishiest crocheted animals to ever set foot on a sternwheeler. 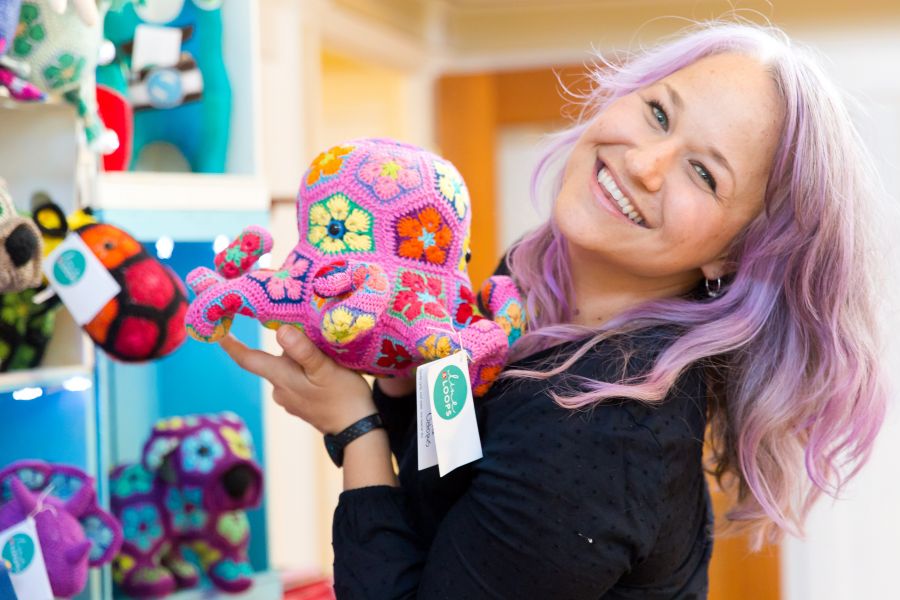 "I have…an obsession with them," she laughed.

Callaghan and Larden were happy with the way the market came together in their first year at the helm.

"It feels like the whole town is coming out," said Larden. "I had one gentleman yesterday, born and raised in Penticton, he was 70-years-old, and he's never been to this market or to the Sicamous before. He said 'I was blown away.'" 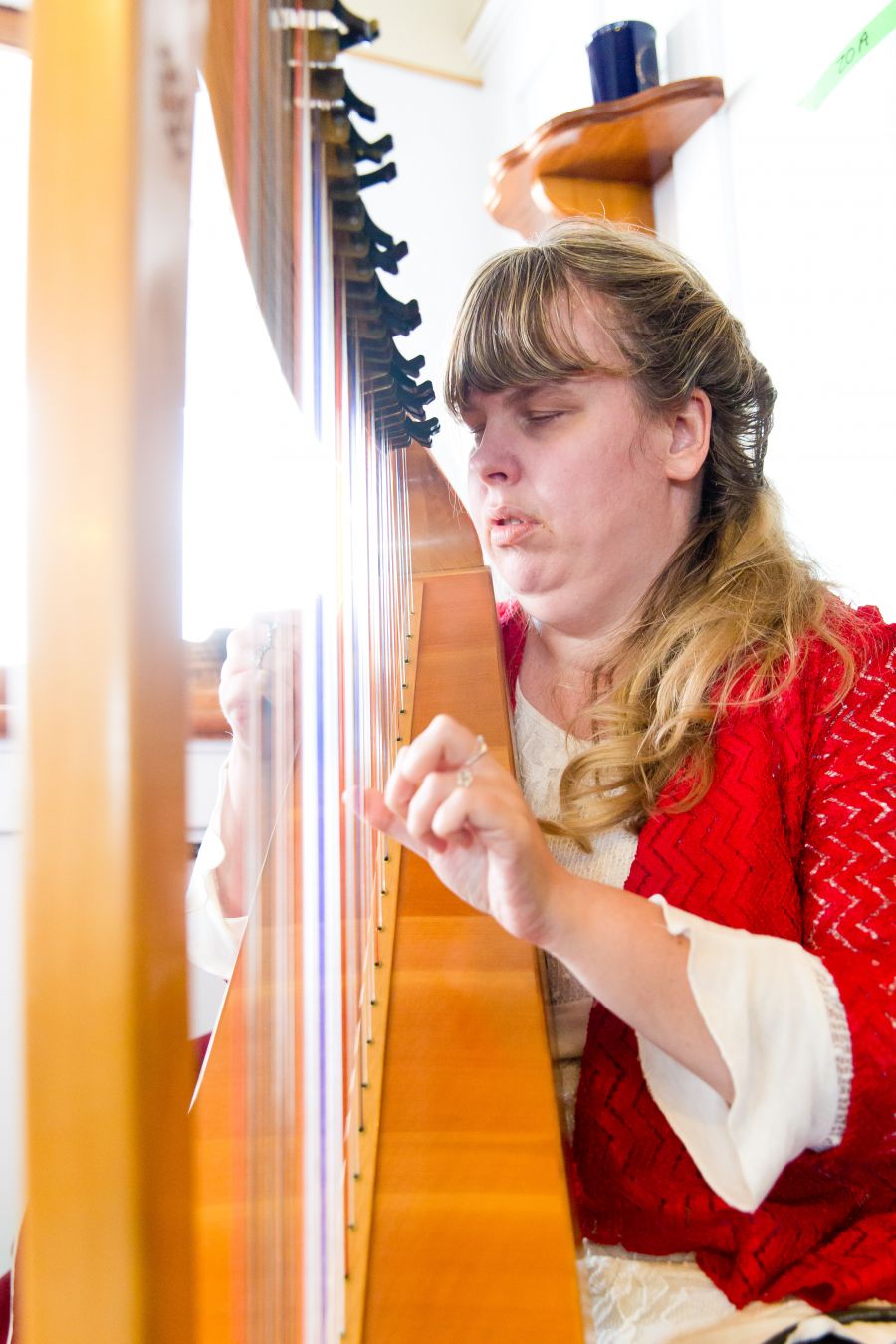 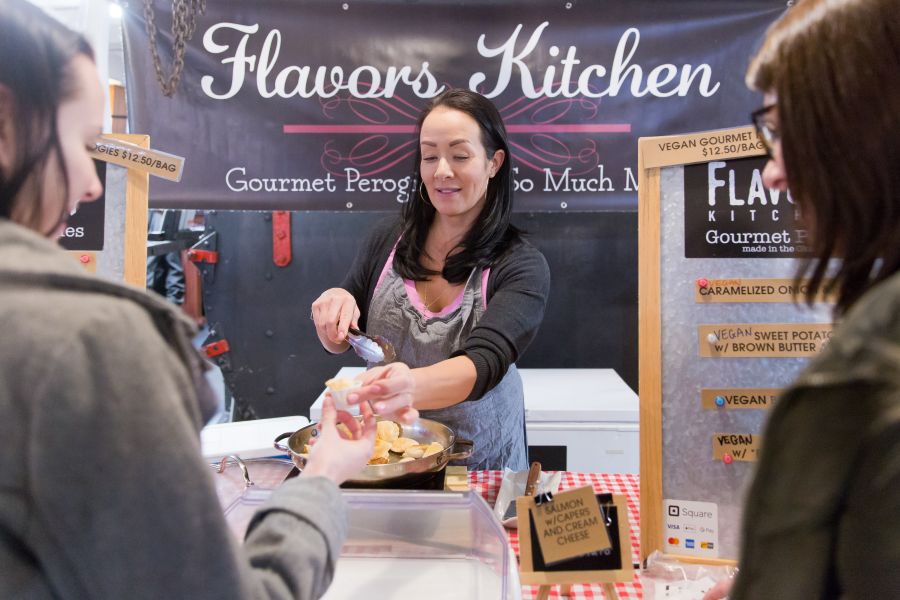 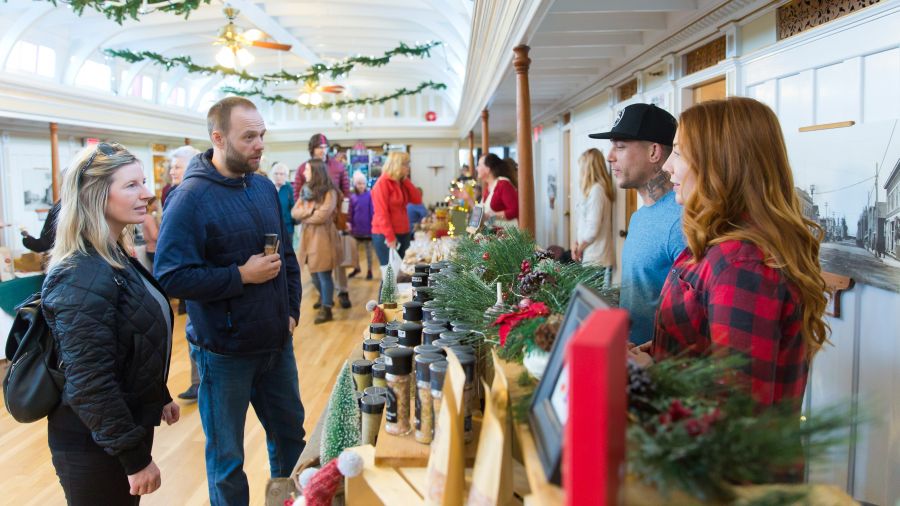