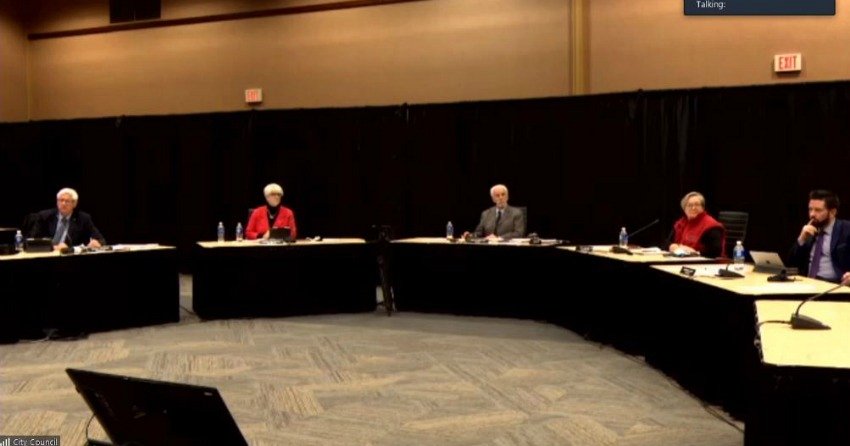 One night - four public hearings - many, many opinions.

The City of Penticton held four public hearings Monday evening out of the Penticton Trade and Convention Centre.

The first three, dealing with zoning bylaw amendments, put the evening’s card behind time by about 30 minutes.

The final public hearing, dealing with the contentious Lake-To-Lake Cycling Route, lasted nearly two hours – with residents taking up an hour and 26 minutes with their opinions. 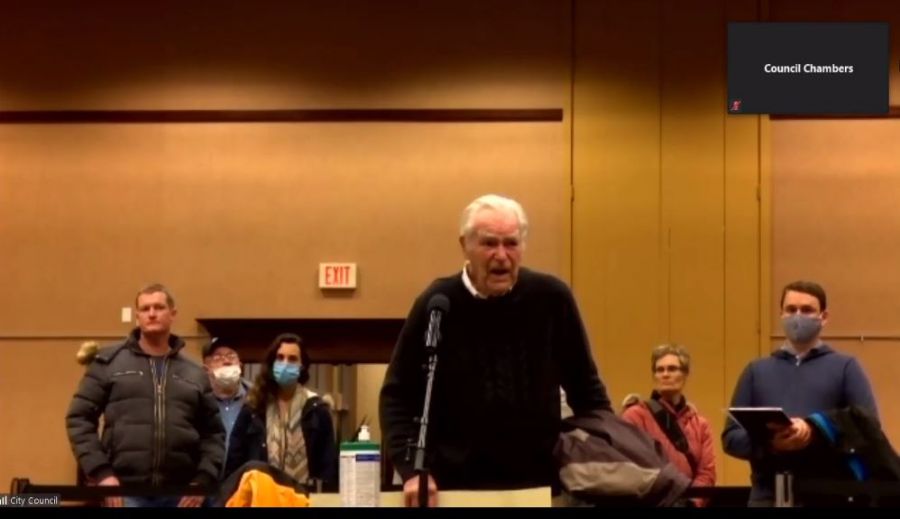 Most spoke in favour of the route.

A few questioned the cost implications.

Many spoke against the recommended route – which would steer cyclists along Martin Street through downtown, and eliminate parking spots.

“As a resident I accept this expenditure as an investment in our city’s future. While it’s a high capital cost up front, I think it’s something that I think we’re going to benefit from for generations to come,” stated one resident. “So mayor and council, I implore you to please support the lake to lake route. Citizens are counting on you to make this happen, not just for the vibrancy of our town, but for our kids’ safety and for future generations as well.”

Only council and staff, and those speaking to the amendments were allowed inside, with speakers ushered out immediately after they had completed their thoughts.

A total of 26 residents spoke through zoom, with at least that same amount speaking in person. Some twice. 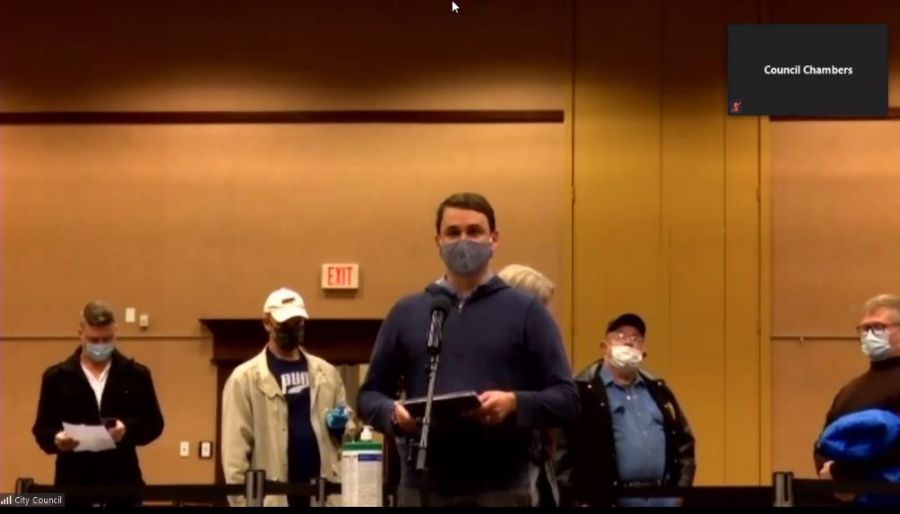 “A bike lane going from lake to lake will make it safe and convenient for bicyclists to come through town, and we’ve seen an influx, especially this year, with a lot of bike sales. You cannot buy a medium sized bike in town because of the popularity of it,” stated Isaac Gilbert. “I’m asking council to please support this project, and please don’t die on the hill of saving parking over the sacrifice of safety for cyclists in town.”

In 2019, council directed staff to work with the community to identify the best location for a AAA cycling route through Penticton and connecting Skaha and Okanagan Lakes.

The Lake-to-Lake All Ages and Abilities Bicycle Route Official Community Plan Amendment Bylaw No. 2020-48 was presented to council Nov. 3.

“Our organization's mandate is to educate the public and raise awareness of climate change issues such as food security, sustainable development, and green transportation,” said Nicolas Stulberg. “This project signifies a meaningful shift toward focusing on active transportation methods like cycling and walking, and will provide numerous benefits to our city.”

There was also discussion from an industrial standpoint. 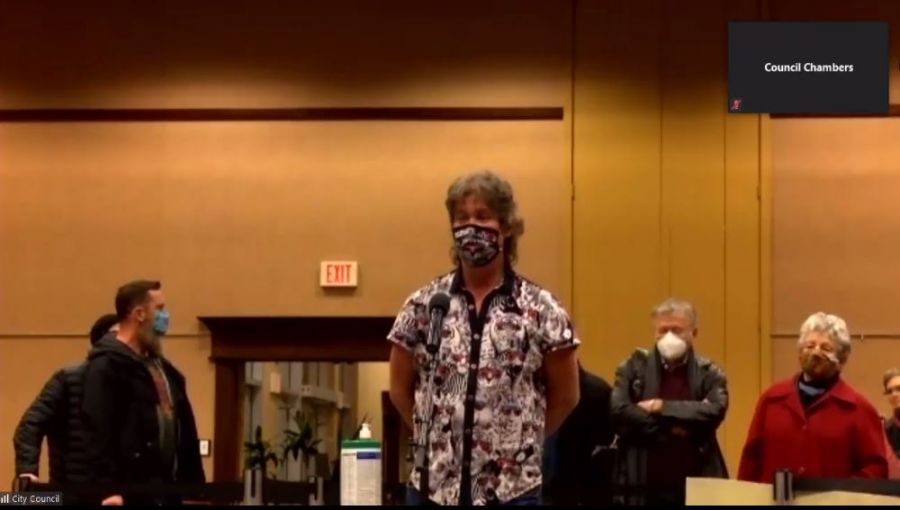 “I’m going to come at this from a different angle. I’m going to come at it from industry,” stated Daryl Clarke, who brought up a recent accident in Kelowna involving a truck hitting and killing a cyclist. “What this route does, is it removes cyclists from harm. It means a truck driver will go home tonight without killing somebody. It means that cyclist has a little bit of safety in his ride. It means you can go from lack to lake.”

Members of the Penticton and Area Cycling Association spoke throughout the hearing.

“I see incredible growth in our cycling community all the time, in our mountain bike community, but especially in commuter bike traffic as well,” said school teacher Travis, the trail director for the association. “To see our community grow in the right way, I would really like to see us make this lake to lake route happen.”

There were business owners who spoke against due to concerns over the loss of parking. 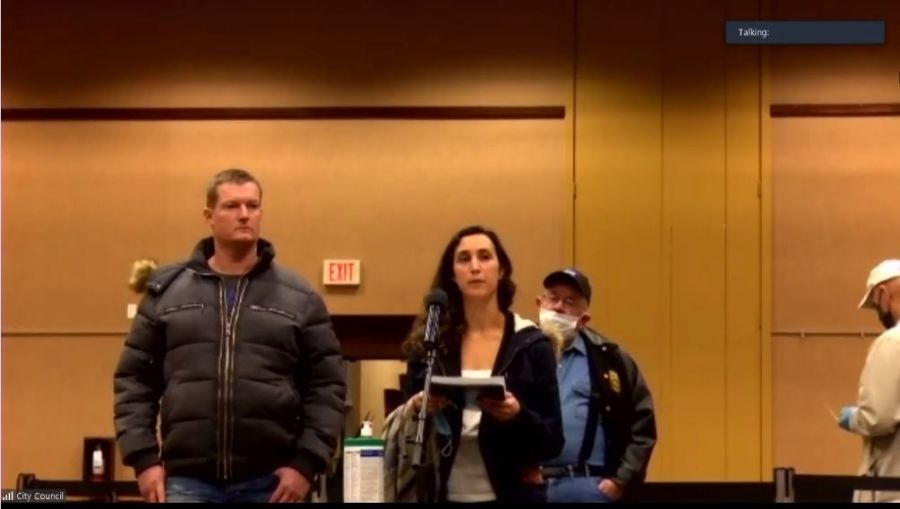 “Although I applaud the city for striving toward greener initiatives and support the encouragement of commuter cycling, there are aspects of the lake to lake route as it’s currently proposed that I’m opposed to,” said Mariana Wolff, who owns a business along Martin Street. “Those aspects include the safety, impact to business, utilization and cost. From the perspective of my business, I’m concerned about the loss of convenient parking and in general, any loss of parking downtown will have a negative impact on downtown business.”

“I want to address the part of the route on Martin Street. I believe that perhaps the route could be moved to Winnipeg Street, which would be less impactful on businesses and the bus routes, and you wouldn’t have to remove any of the upgrades you’ve already done along Martin Street,” stated one resident, adding, “I’m in favour of the route.”

When council gave the amendment first reading two weeks ago, they did so with reservations.

“I’ll be voting in favour of it going to public hearing,” stated mayor John Vassilaki at the time. “But, with great reservations.” 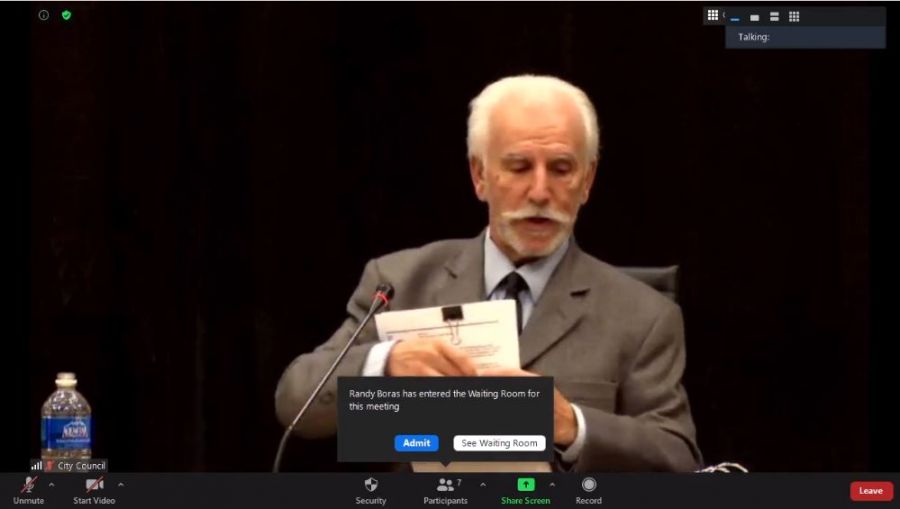 “This has been a very long process. I go back almost 30 years making the motion to put the first bicycle path in Penticton,” added councillor Katie Robinson Nov. 3, indicating she does have concern with section 4 along Martin Street. “I am fully committed to getting a lake-to-lake route. But it is not without its challenges, especially in these economic times, and that certainly is going to be taken into consideration by myself when dealing with it.

"This is a very large step in what could be a real game-changer for our community.” 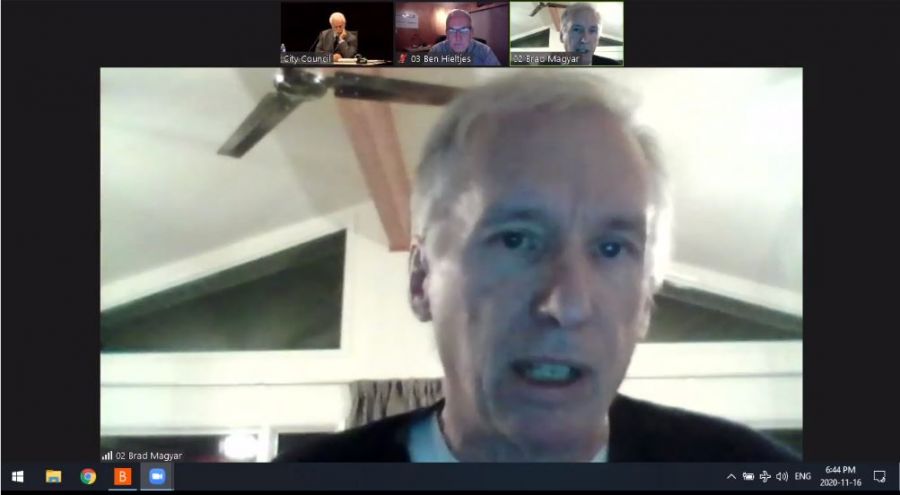 The project is priced out at just over $8 million, which includes more than $5.8 million for the work, and a $1.5 million contingency fund.

“In terms of cost, need we say again, we’re in COVID,” stated councillor Judy Sentes back on Nov. 3. “We’ve had to make some really challenging and difficult decision to cut back on services that in my opinion at this time I would rather see them continue with the appropriate staff as opposed to creating – what I’m very cautious about saying, $8 million – because I strongly suspect it’s going to be much more than that.”

The matter will be discussed further during regular city council meeting Tuesday at 1 pm.

More detail is available at www.shapeyourcityPenticton.ca.

Groceries are returning to Okanagan Falls this spring -- for real