It was a weekend where Penticton seemed to reawaken from a two-plus year pandemic haze. Where the weather finally broke after a strangely cool, wet spring. And where scheduled events pulled in the crowds like nobody's business. 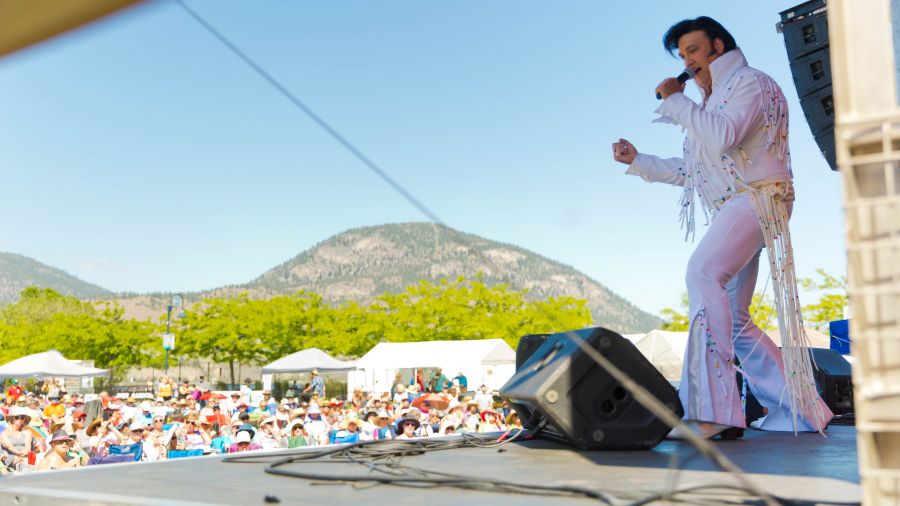 Saturday morning at Okanagan Lake Park, Day 2 of the Penticton Elvis Festival got underway early and attendance looked strong. And that's really saying something considering the Friday show was the busiest on record. 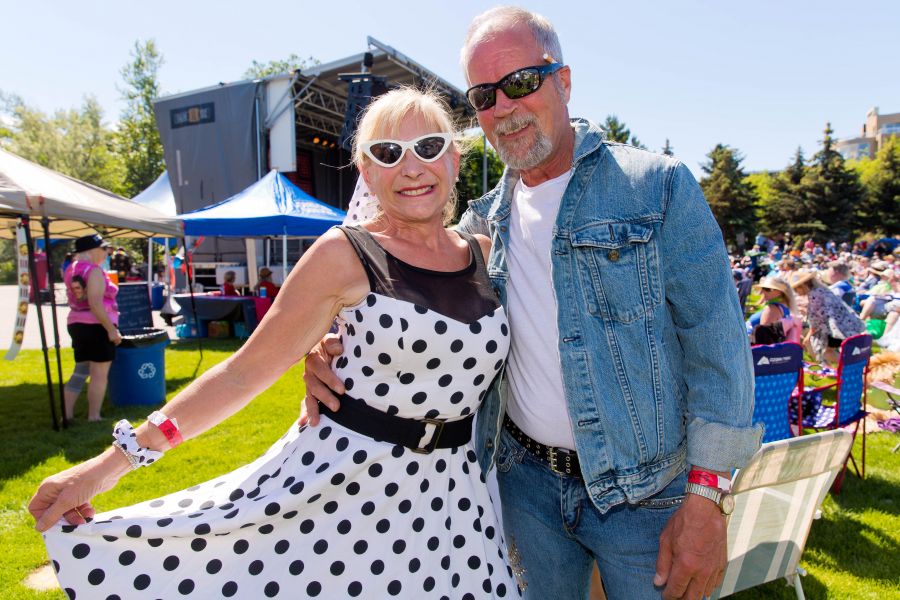 "We had the biggest crowd we've ever had in 20 years on a Friday night," said ETA (Elvis Tribute Artist) coordinator Brenda Martin backstage at noon Saturday. 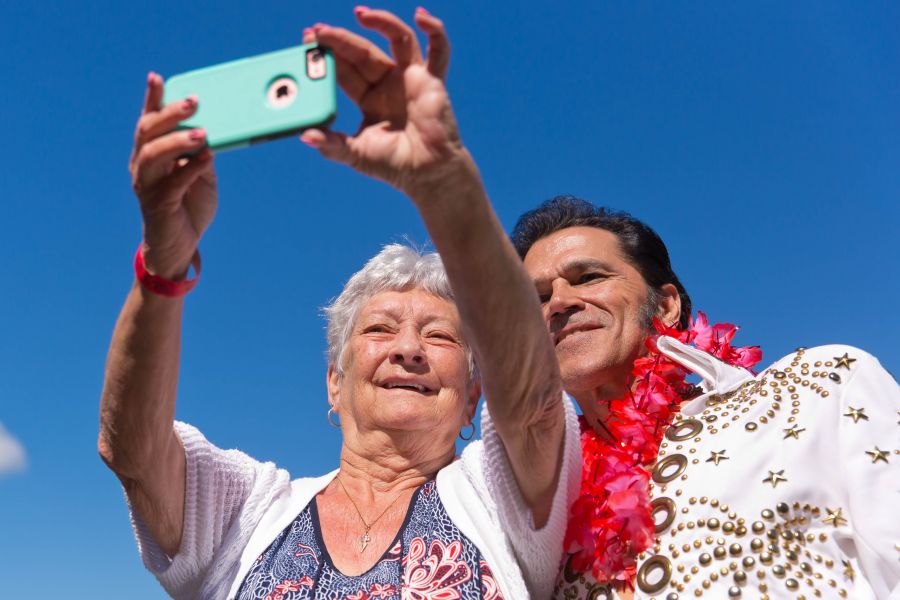 "This so far has been the best year for the festival. Everyone is so excited. Everybody is happy. And we have a lot of new ETA's, including one from the UK." 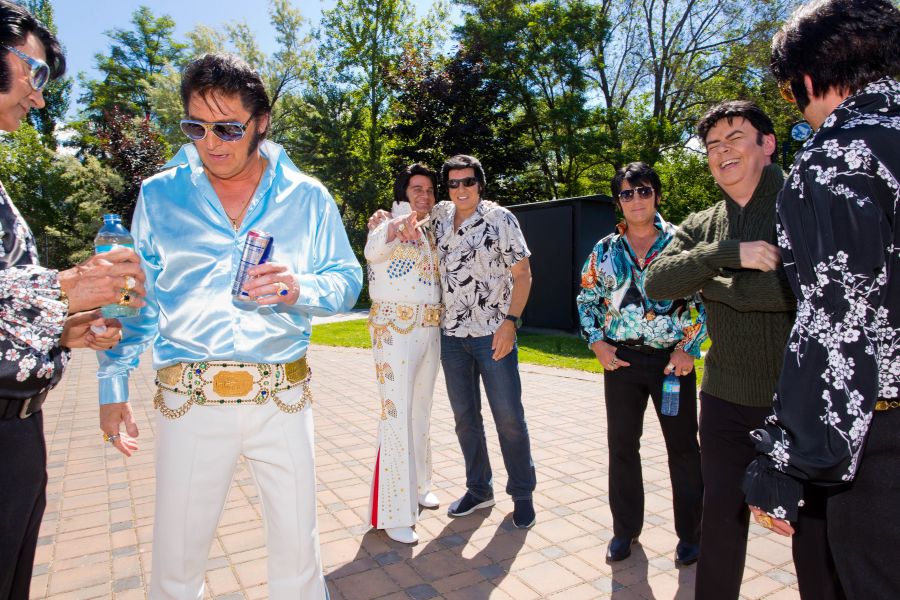 We asked Martin if she could tell us how much money the event brings into the region and she deferred to 20-year Festival board member Terry Michaels, who told us straight up that its approximately $4 million annually. 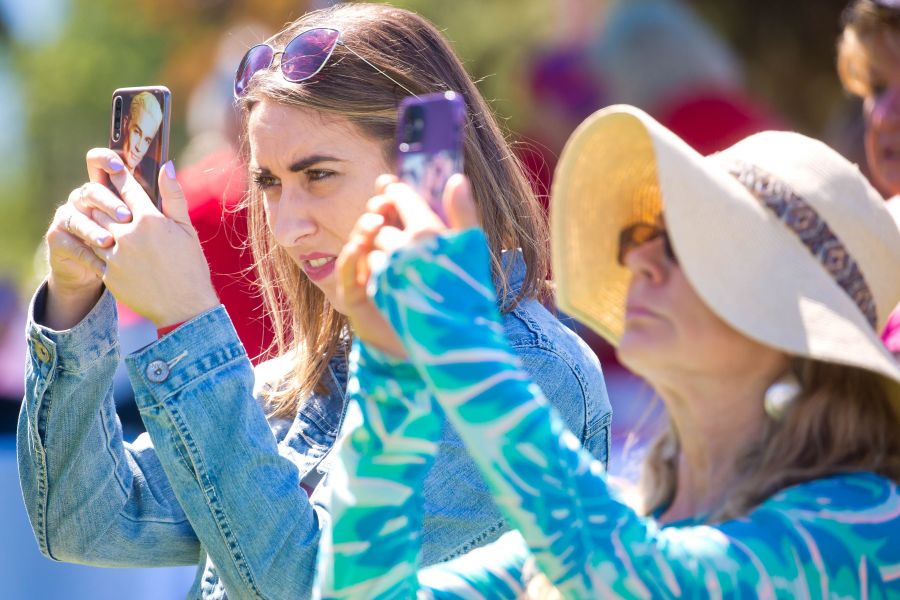 "Our gate receipts alone for this weekend have reached 40 grand," he said. "And yes, Friday was the best Friday we've ever hand. I'm going to say we had 1200 people here. 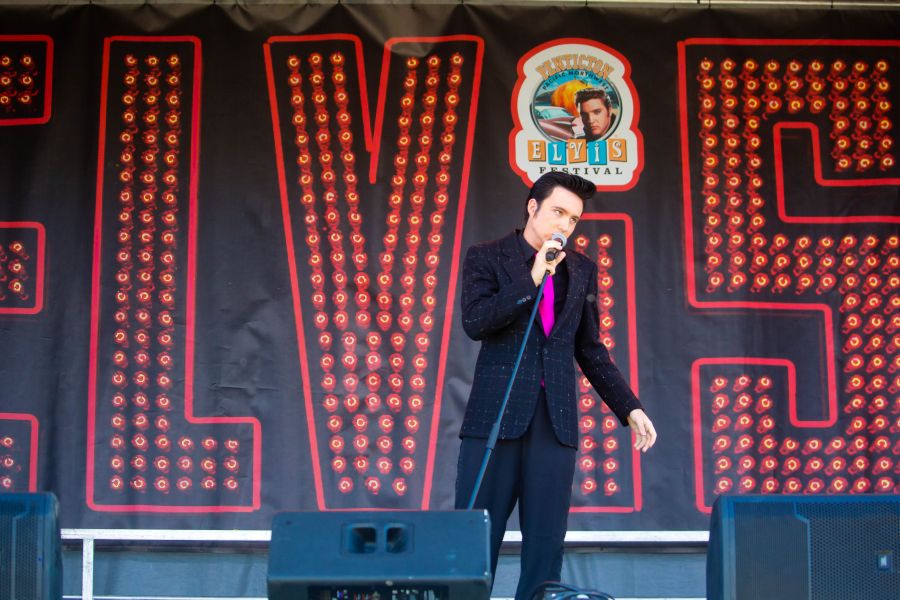 "And we sold over 1300 tickets for the show tonight (the Saturday night "Headline" show). We’ve never done that before either." 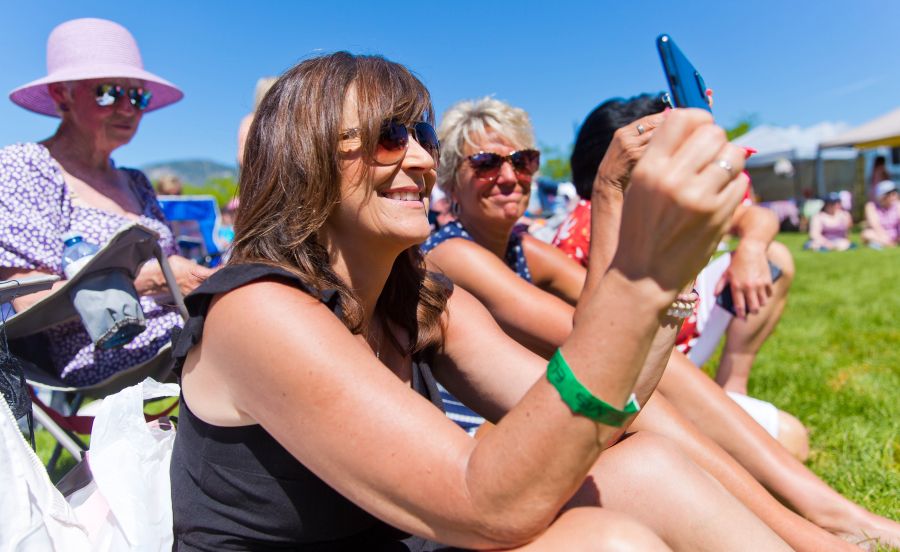 Still backstage, we soon found ourselves in the midst of a dozen or so ETAs. Some were sitting together, chatting. Others paced nervously, awaiting their turn at the mic. Still others listened to headphones, going over their tunes once last time, or leaned up against the fence, signing autographs and meeting their adoring public. 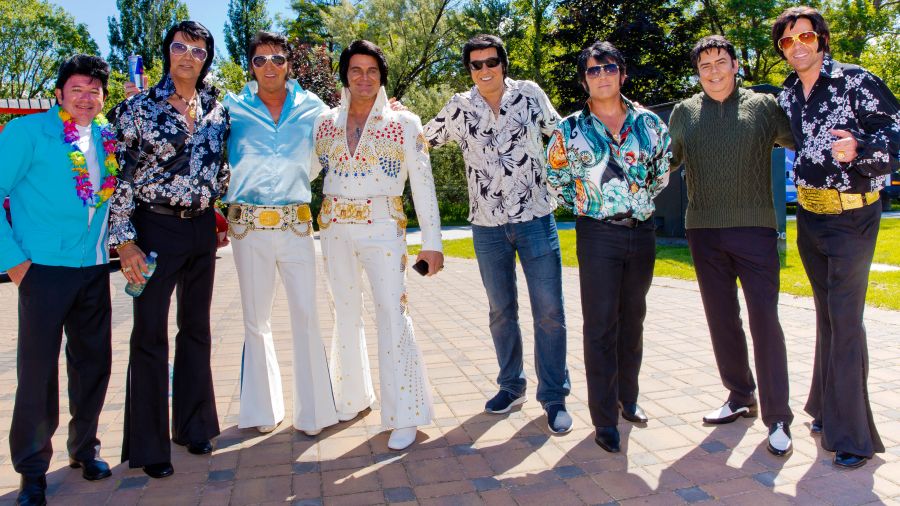 UK-born Simon Patrick said he learned of Elvis 38 years ago at the age of 7. 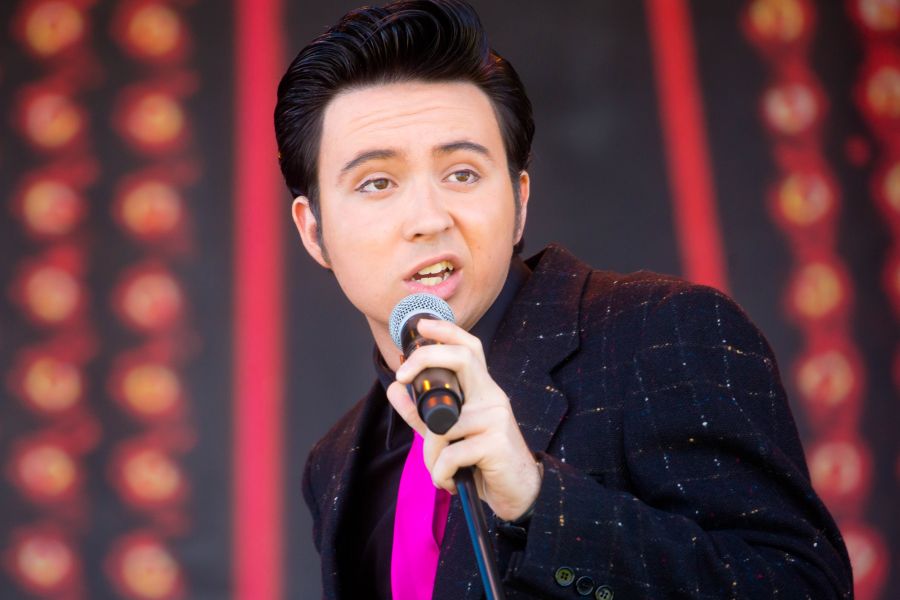 "My mom played a lot of Elvis and that got me into the rock and roll thing," he said, adding that he's a fan of artists like Led Zeppelin too. 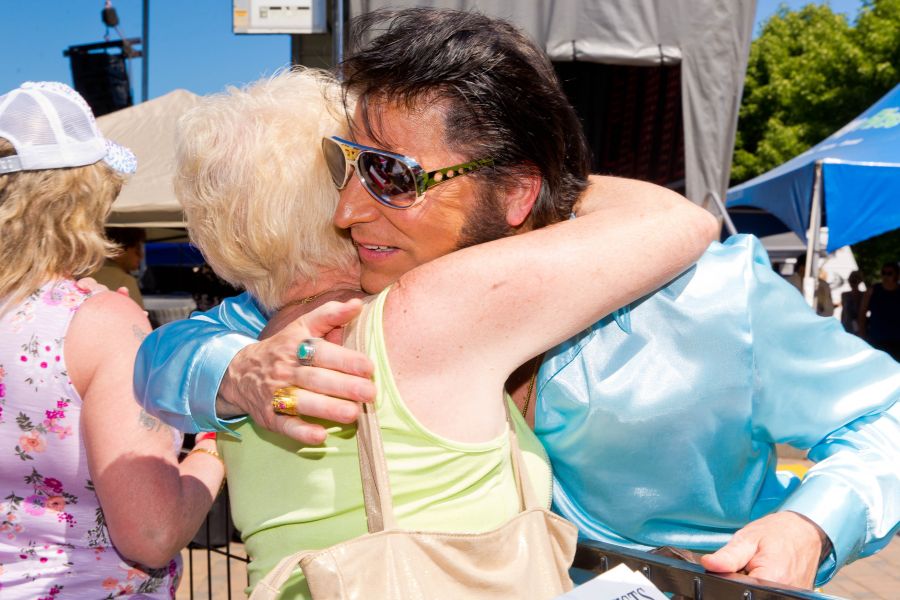 "Later in life I started getting up with a few bands and an agent spotted me. And they put me into clubs and it just grew from there." 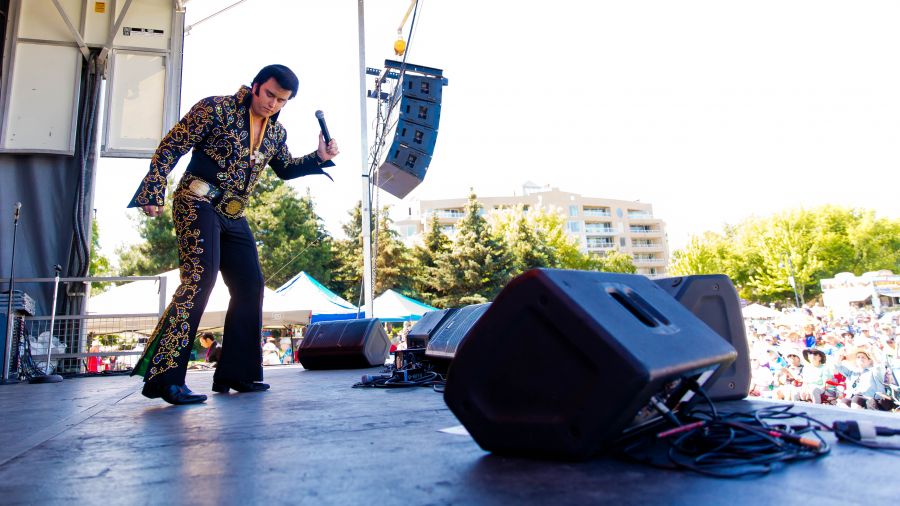 Patrick first impersonated Elvis in Spain and still performs there regularly. Indeed, he'll be back there this Thursday. But that didn’t stop him from traveling -- on his own dime of course -- to Penticton for the 2022 event. 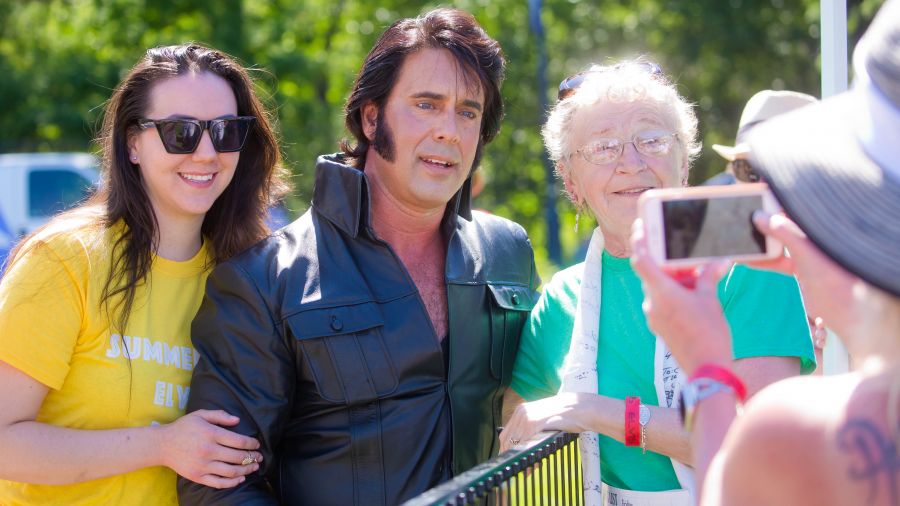 "One, I came for that view there," said the 2019 third place finisher, pointing out to Okanagan Lake. "Two, the people here are so nice. And three, I just love the life." Unlike Patrick, Canada's Sylvio Fontaine isn’t a professional Elvis. Nor does he regularly zip back and forth from the UK to Spain. Instead, Fontaine hails from White Wood, Saskatchewan, a tiny town lying between Regina and Winnipeg where he's employed part time at a grain terminal. 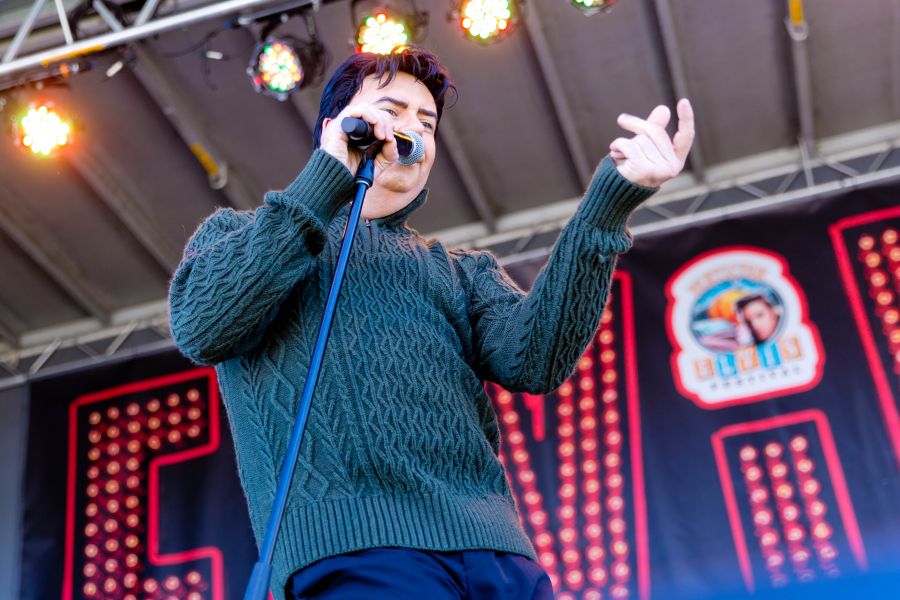 And he adores the Penticton event. 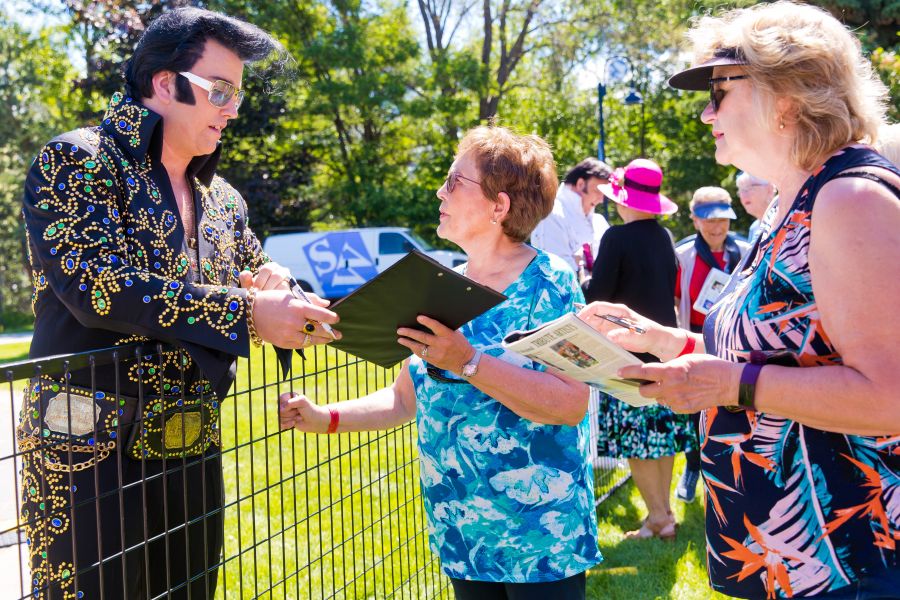 "I just do Elvis as a part-time fun hobby," he said. This is my fifth of sixth time here. It's one of the best festivals out there. 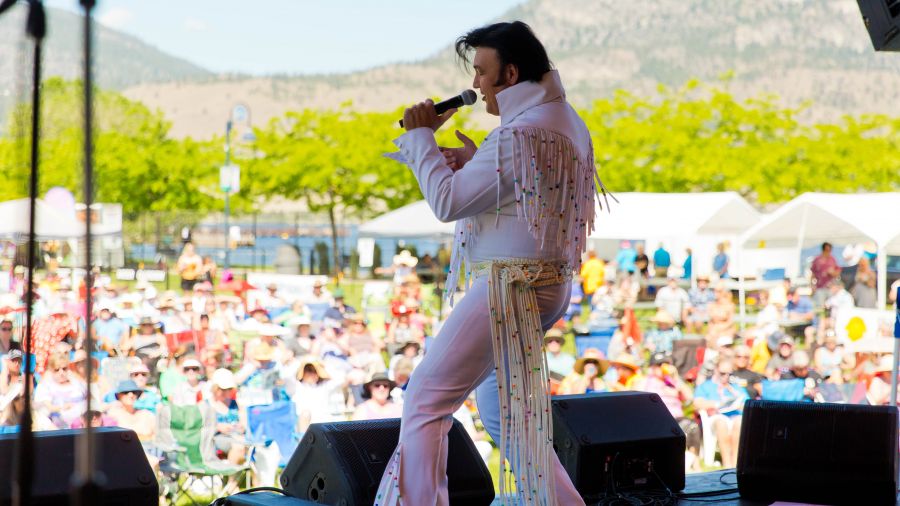 "I'm here for the fans. It’s the best crowd you'll see at a festival. They love every single one of us." 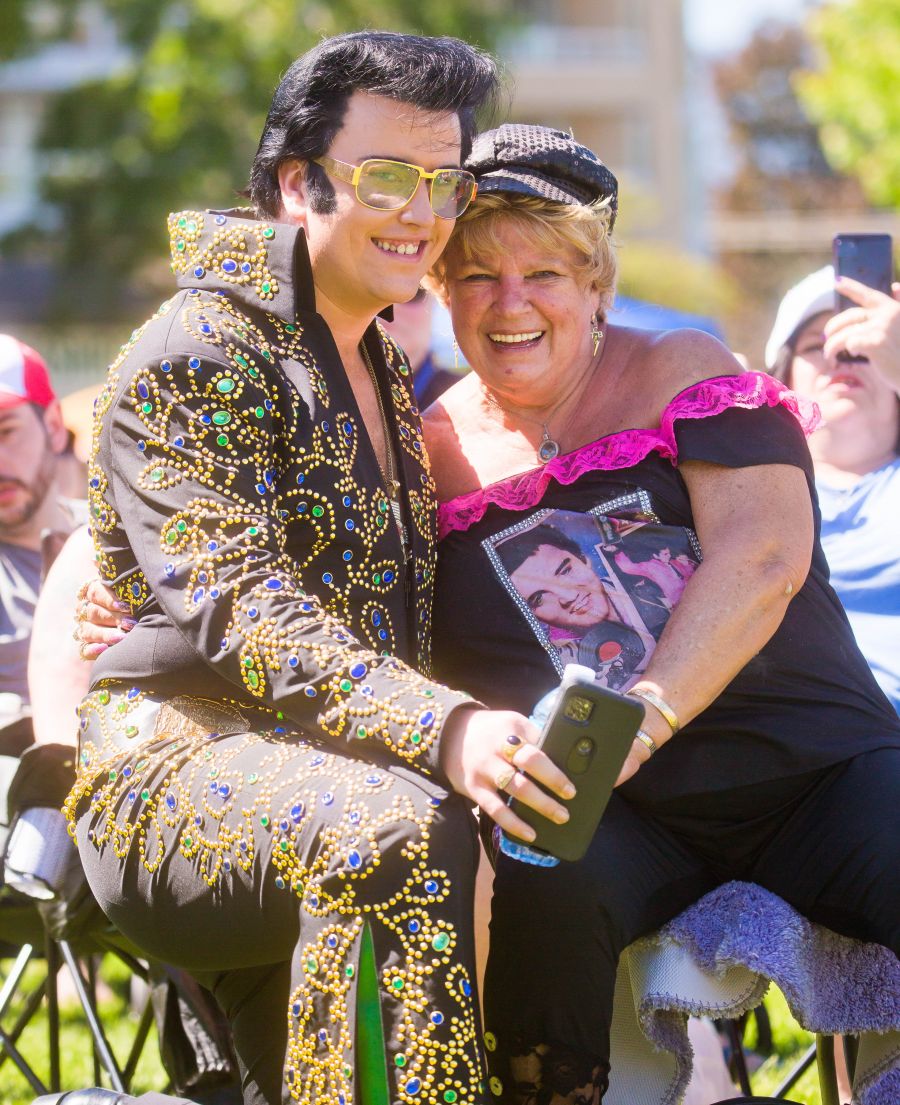