Hundreds of people descended on the scenic and oh-so-quirky lakeside village of Kaleden Saturday for one of the most unique events on the regional pre-Christmas calendar. 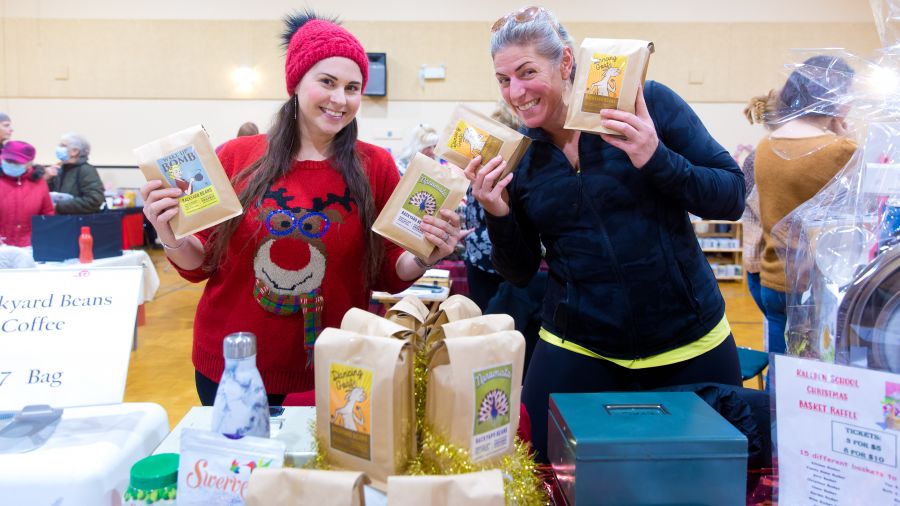 By midday, the often steep and usually narrow streets of the community were filled with cars and groups of pedestrians flitting his way and that. 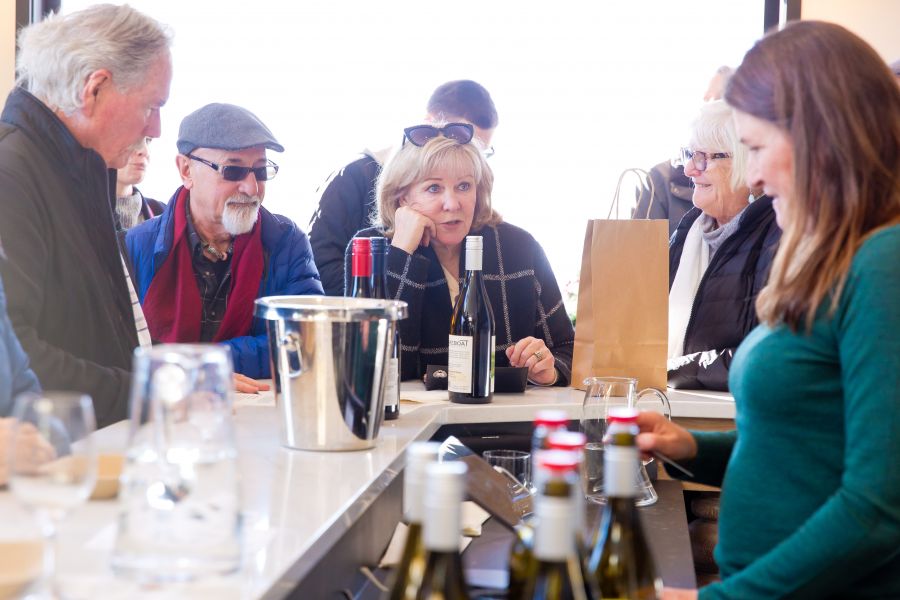 It was the third annual Kaleden Progressive Winter Market, an event born in the first year of the pandemic when large gatherings both indoor and outdoor were strictly forbidden.

The logic up in Kalenden was that peeps needed something to do in the cold winter of 2020 that wouldn't put them in harm's way. And the artsy types in Kaleden, many of whom are regular market vendors, needed somewhere to show their wares. 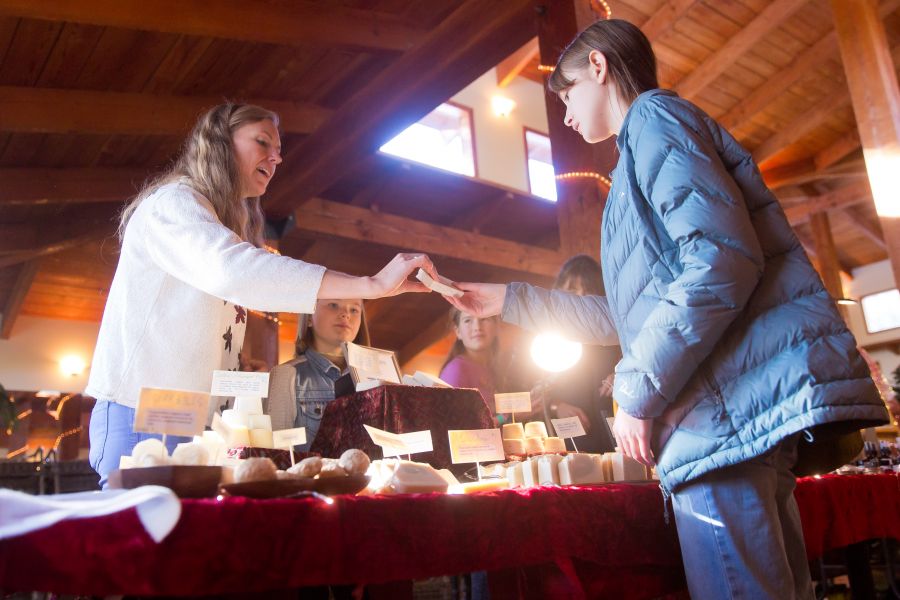 What better way to accomplish all of the above than create a market scattered throughout the community? The local artists and artisans would set up their products and displays in their own driveways and backyards, and visitors would drive/walk from spot to spot at their own pace.

There'd be food too, served outdoors, and even the local wineries took part. 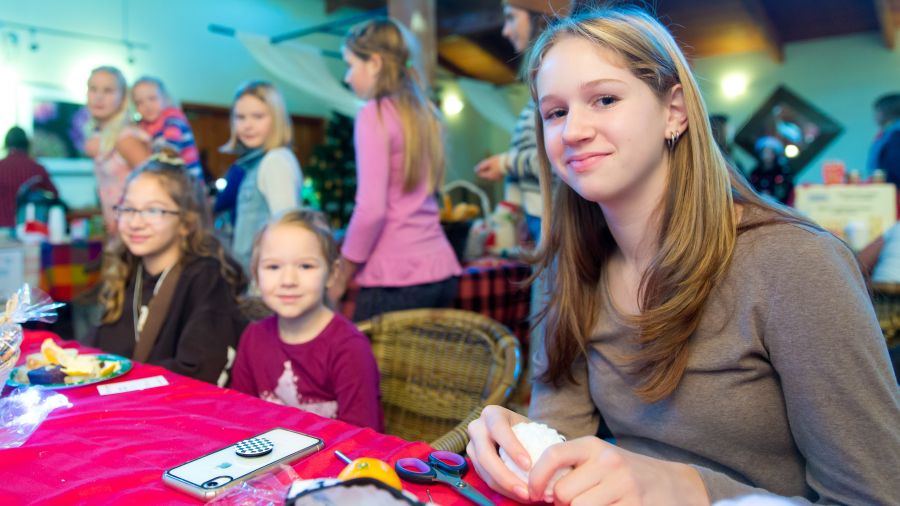 The idea proved completely unique and totally worthy. The crowds that showed up in 2020 grew in 2021. And now in 2022, with COVID restrictions out of the way and parts of the market moving indoors, the number of vendors had increased even further to 60 and most spots were busy from the 11 am start to the 3 pm conclusion. 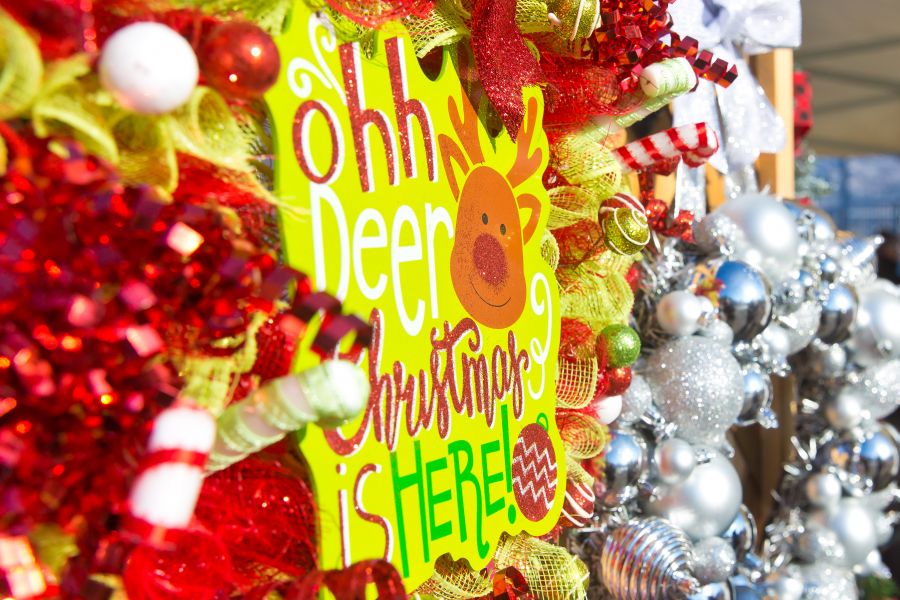 Darcy Whelpton from second-year Keremeos-based coffee roaster Red Eye Coffee was set up inside the Kaleden Community Church with a number of other vendors. 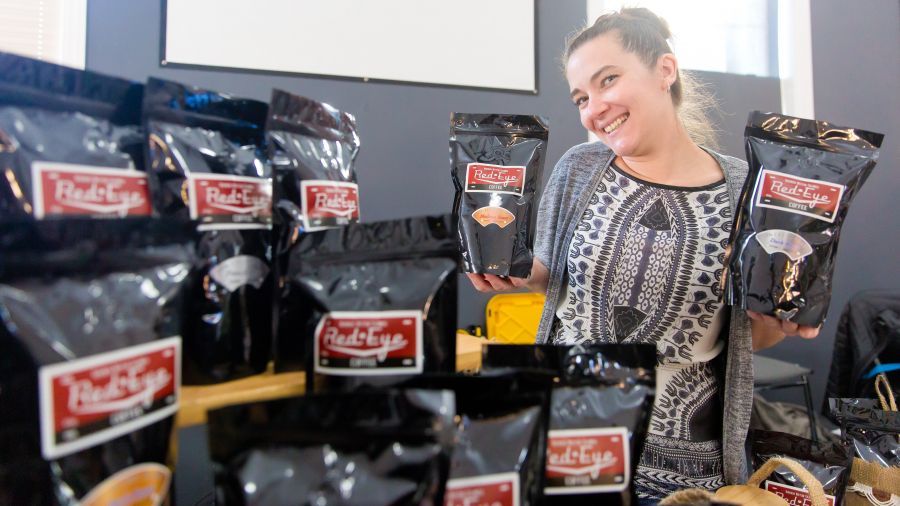 "It's our first time at this market," she said. "We weren't here last year because of COVID, but we're here now to spread the word.

"Most everyone who's come by hasn't known about us, so they've all been, 'Hey, a new roaster, let's try it.' It's been great." 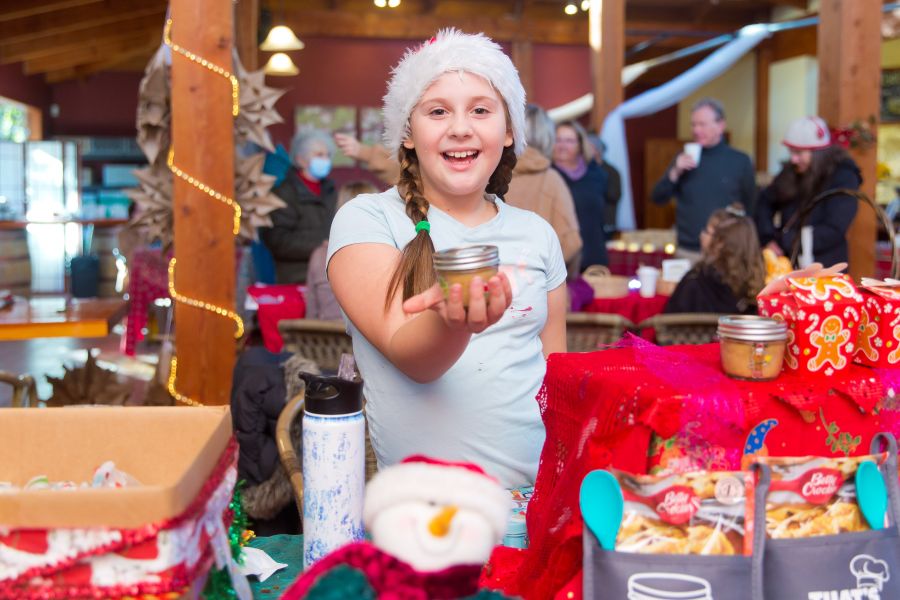 Whelpton explained that the "Red Eye" moniker came about quite honestly.

"My husband owned a super awesome retro car that he inherited from his father," she said. "He sold it to buy our very first roaster, but when he inherited it, the BC license plate was 'Red Eye.' So we're carrying on the legacy." 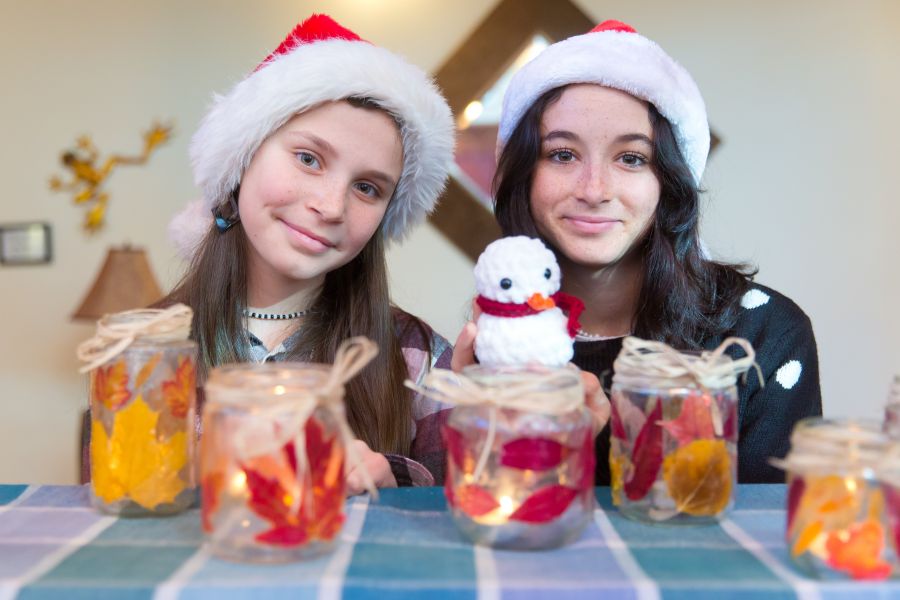 Also at the church was Kaleden's own Pat Mosicki. Mosicki ran the Christmas church market that existed before the idea of the Kaleden Progressive Market had even been conceived. 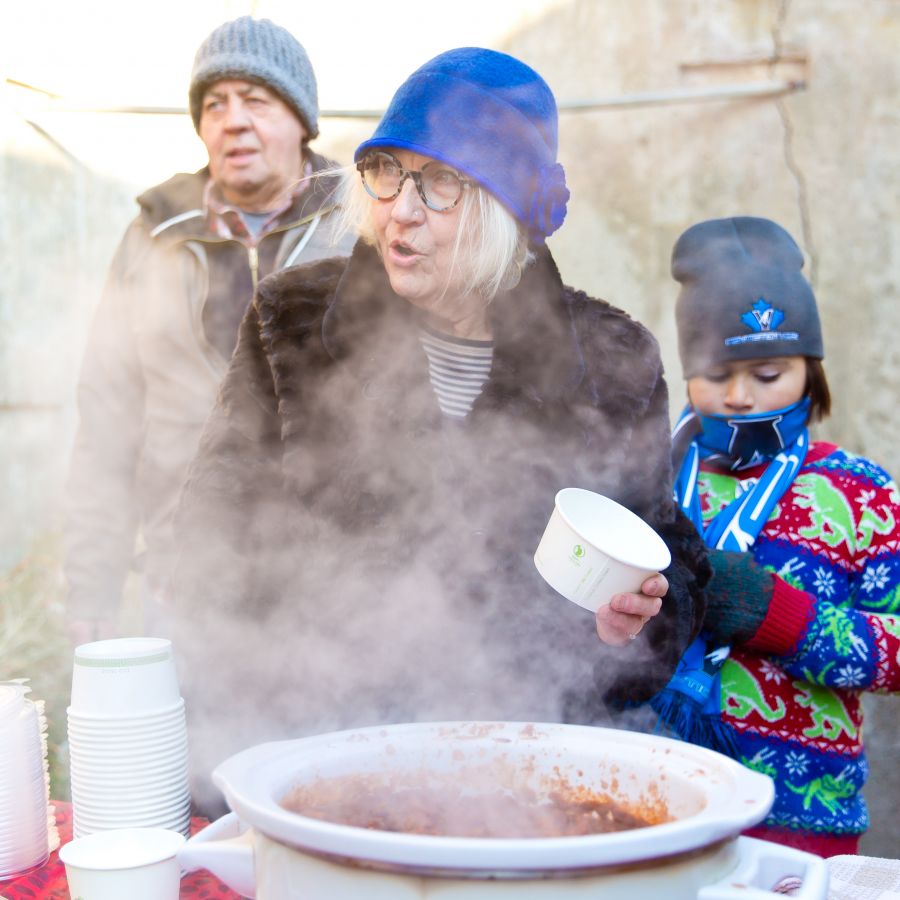 She was standing just outside the church, scooping hot homemade chili to chilly passers-by.

"Originally there wasn't a market that went all around the town like this," she said. "It was in the church only. 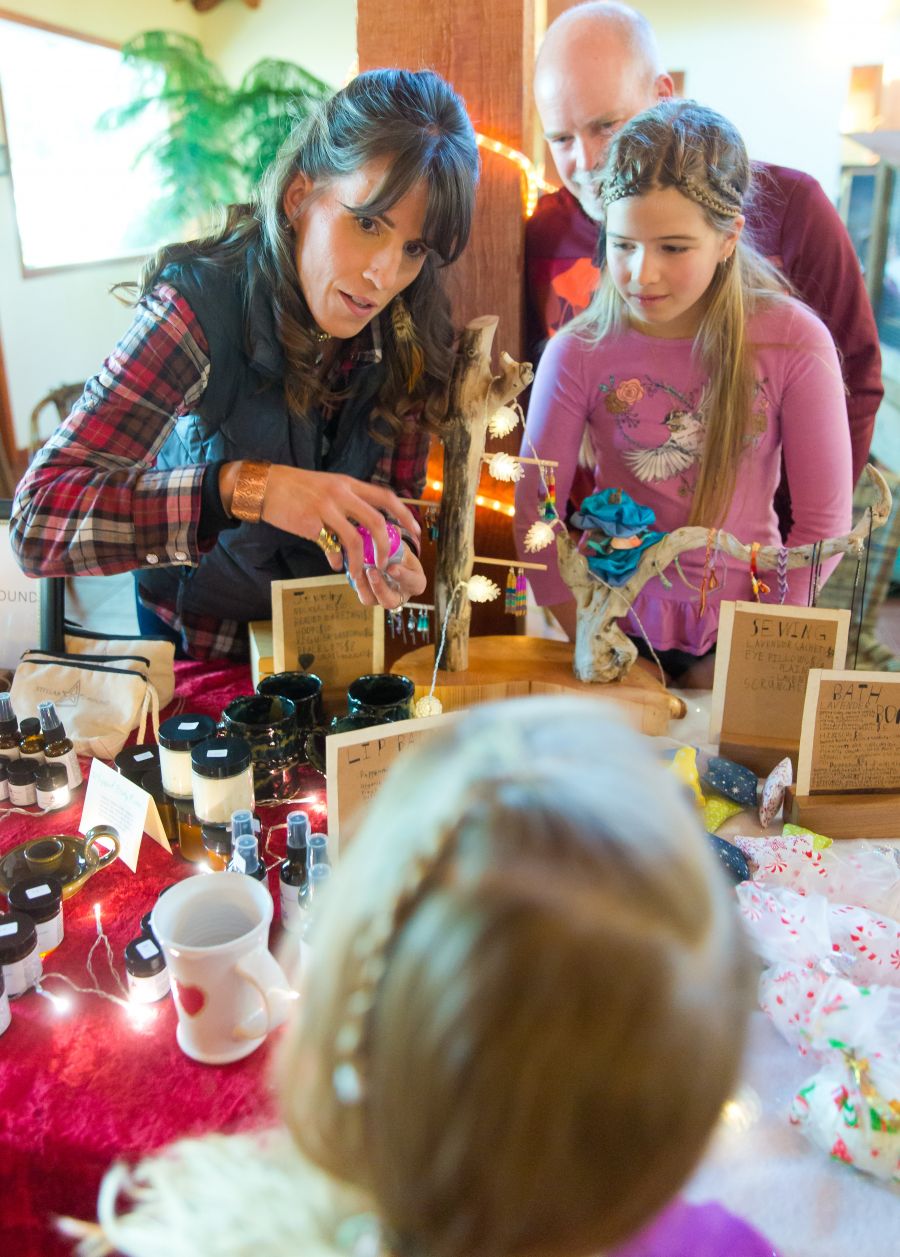 "So we did ours outside too and it's been wonderful. People are always asking if we're going to do it again. And we are. We are!" 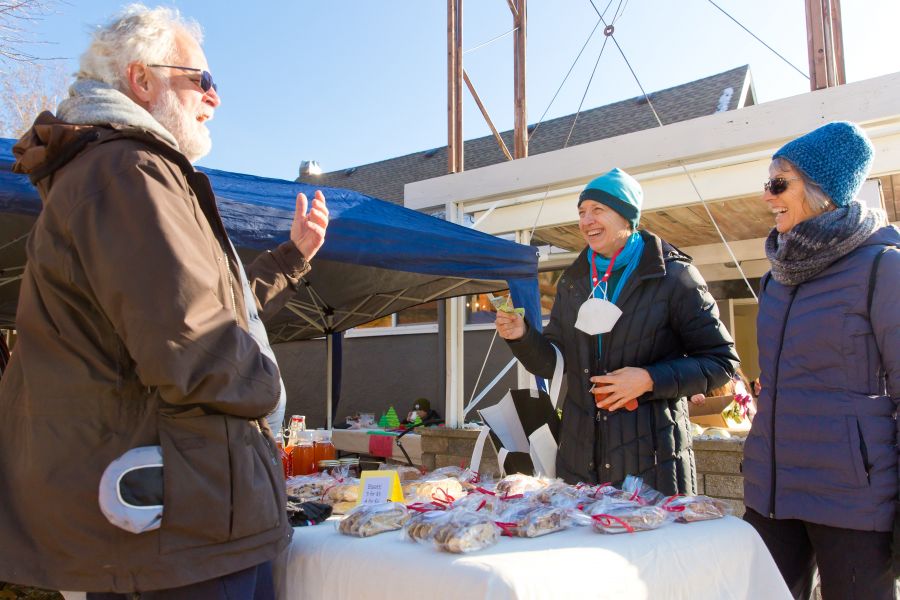 Meanwhile over at the Kaleden Community Hall, which remained vacant in 2021 as COVID restrictions had not yet fully dissipated, the place was seriously busy. 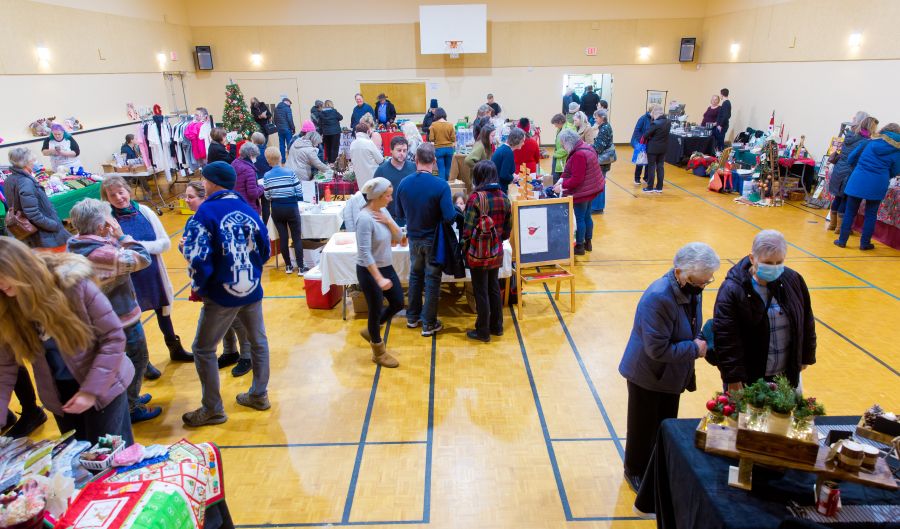 "We have 23 locations throughout the community this year," said a happy market boss Eryn Wiedner, "and 60 vendors. We're growing. We're bigger and better than ever."

Wiedner admitted she initially wasn't sure if the market would continue to thrive once restrictions had been dropped. 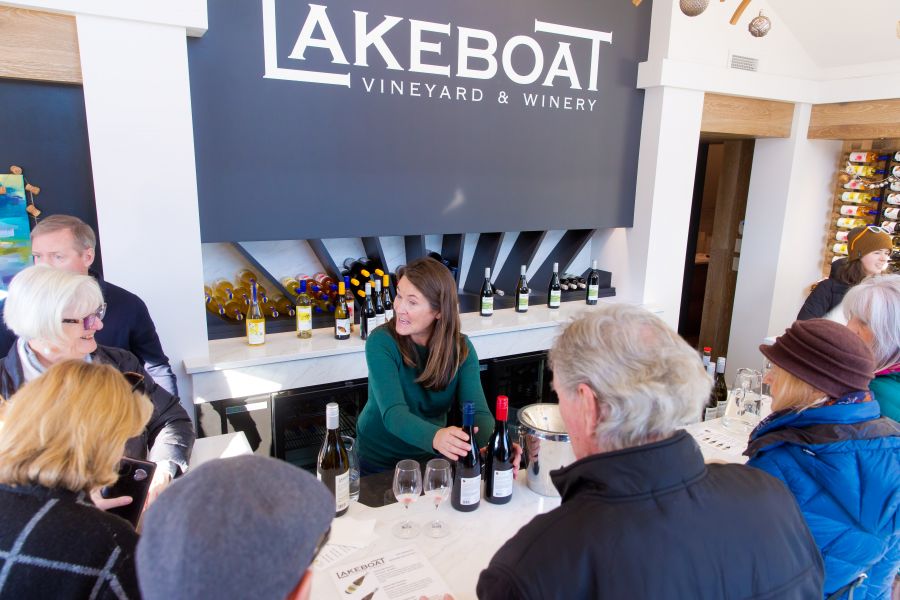 "It was very grassroots three years ago," she said, "and we're just learning as we go. Now this is our first year to be indoor at the Community Hall, and it's packed.

"We're so committed to this. It just brings the community together." 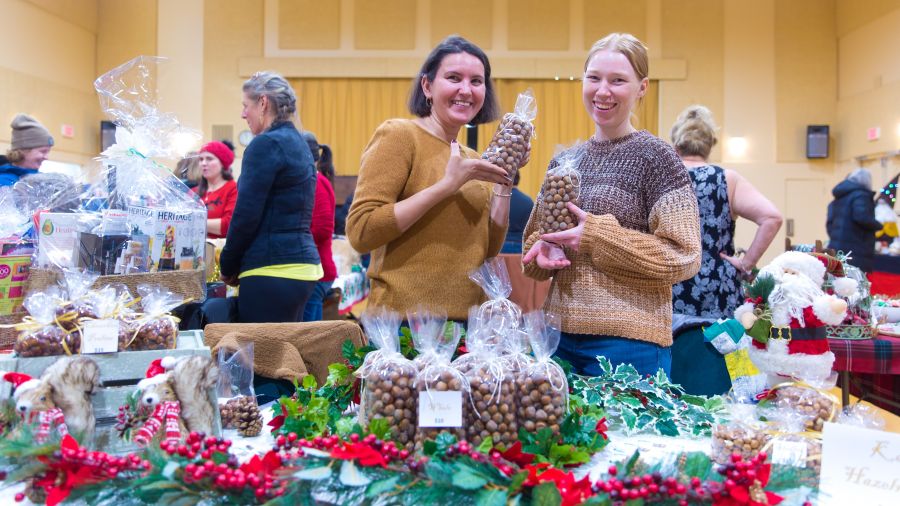 Later, we stopped at one of the many private residences involved in the event, where multiple vendors greeted a non-stop flow of shoppers as they showed up.

Meanwhile just down the street at pretty Linden Gardens, all the action was indoors. 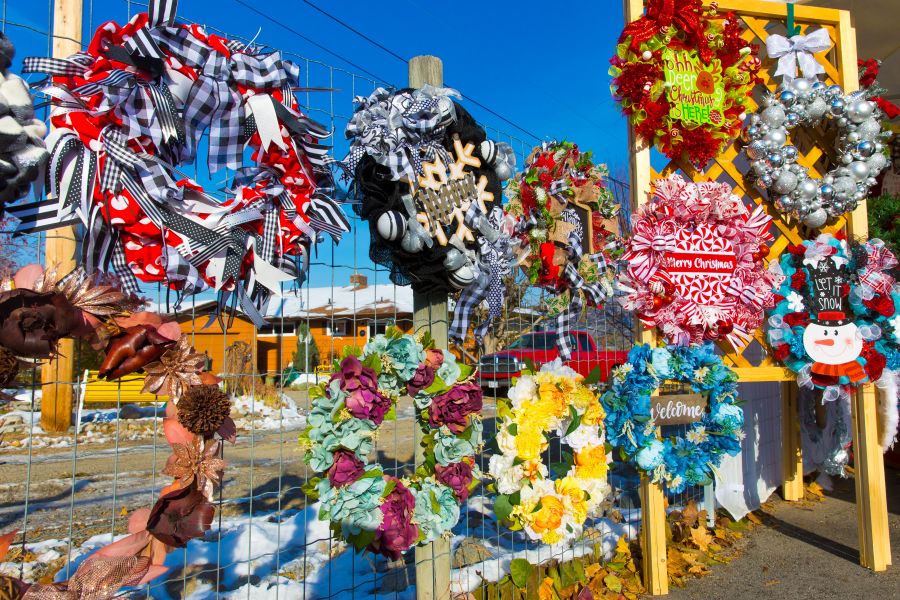 The Kaleden Progressive Winter Market has for three years been one of the niftiest things you can do locally on a cold fall day. And the new indoor element only makes it better. 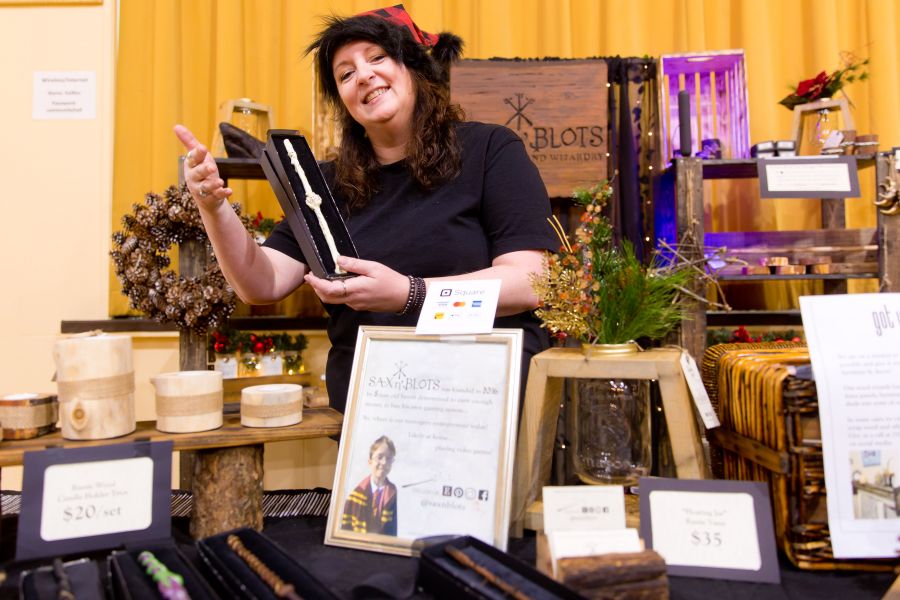