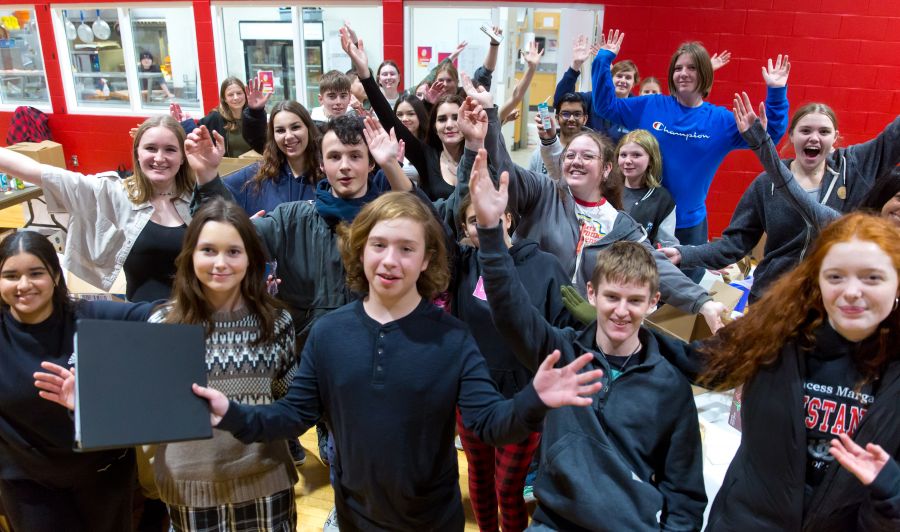 For two decades, the numerically-named annual initiative has brought together both Penticton high schools and a hundred-plus students in what's become one of the community's great charitable enterprises.

It all begins every year in November when word goes to area residents -- all over the city and even up on the West Bench -- asking them to gather together a small collection of non-perishable food items. 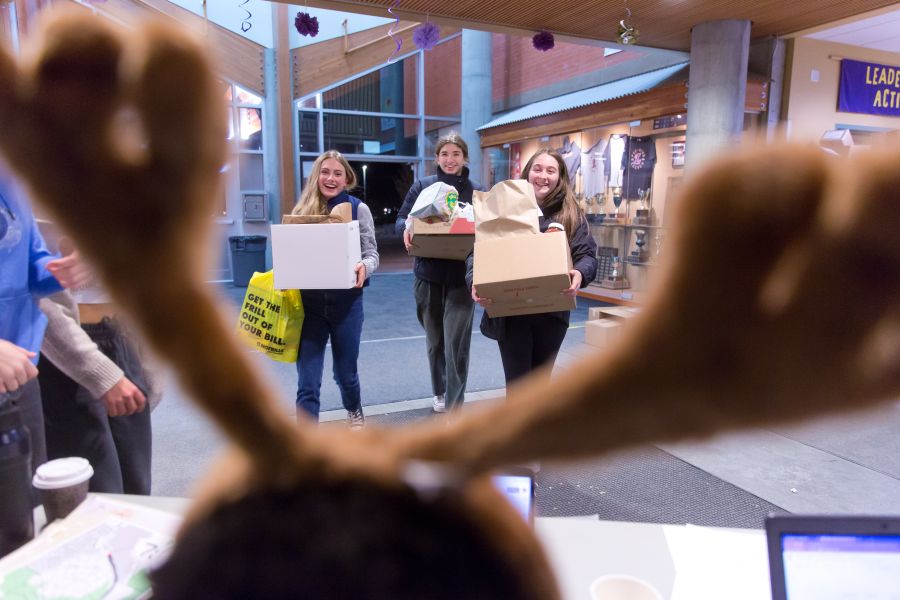 In a couple weeks, they're told, they can leave their donation at their front door or the end of their driveway, where it'll be picked up, added to the small mountain of similar donations from throughout the region, and ultimately delivered to the Salvation Army Food Bank.

And in 2022, Thursday was that big day. So PentictonNow traveled to both Princess Margaret and Penticton Secondary to watch the action unfold as vehicles returned from their scheduled routes and all those food items were hurriedly organized and packaged. 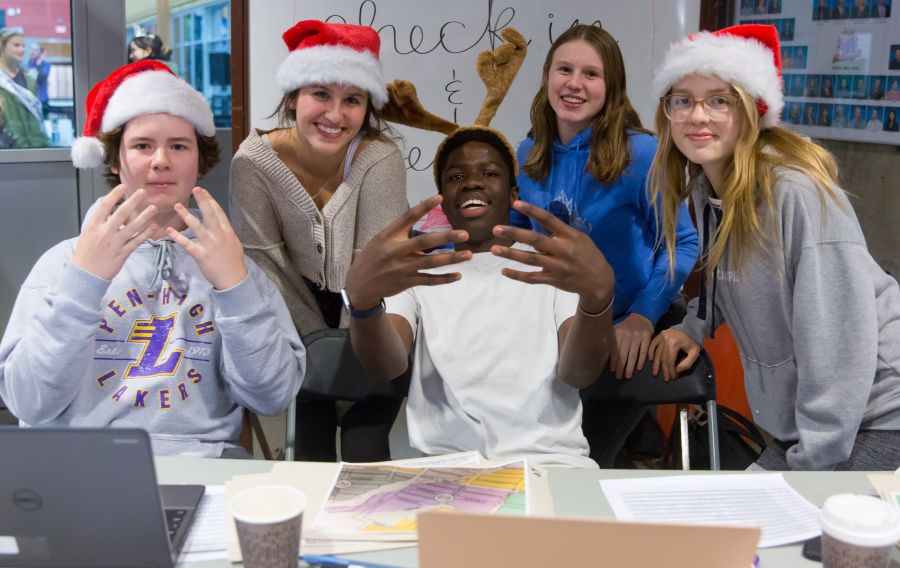 We don’t want to stir up any controversies here, but the students at Maggie may have had a slight advantage. The school band played -- and played well -- as the work unfolded.

"We have 27 routes that we cover," said Leadership and English instructor Laura Savoie between tunes. "Basically we split the town with Pen High, along Industrial (Avenue). We have everything south. 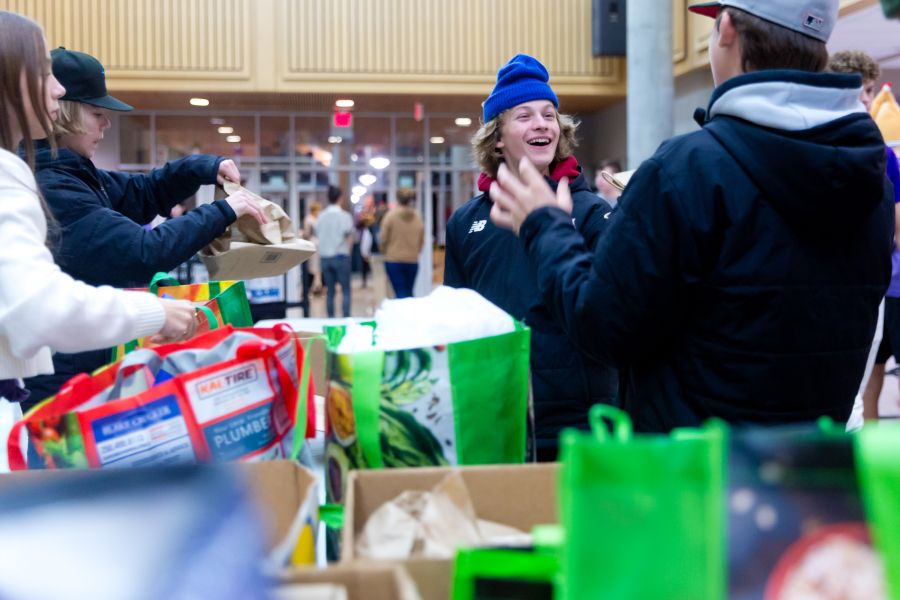 "And right now we probably have close to 50 people -- teachers, parents, family members and students -- out in their vehicles going door to door picking up donations from doorsteps."

We waded into the work zone, dodging students carrying boxes filled with goodies, and keeping one eye on a big video screen near the entrance where the total number of items gathered collectively by the two schools was prominently displayed. 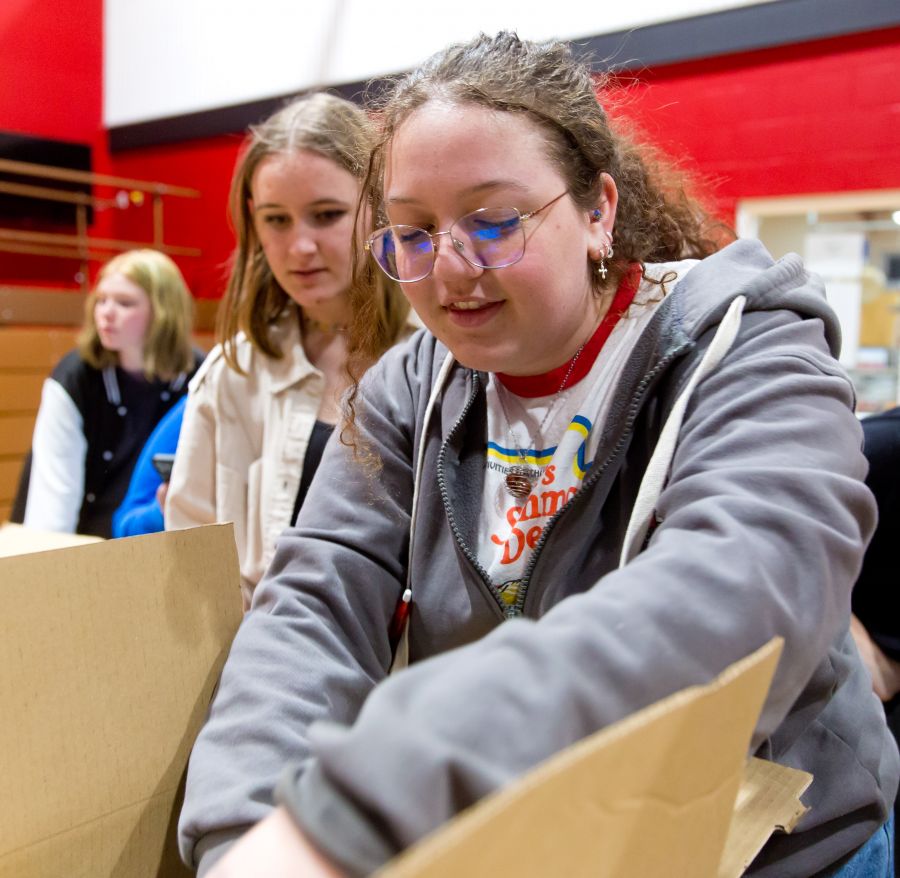 At that early point in the evening, the screen displayed a number nearer 3,000. But not to worry. Savoie told us they've "far surpassed" 10,000 every year she's been involved. And as we would learn Friday morning, 2022's haul is 11,600 and still climbing. 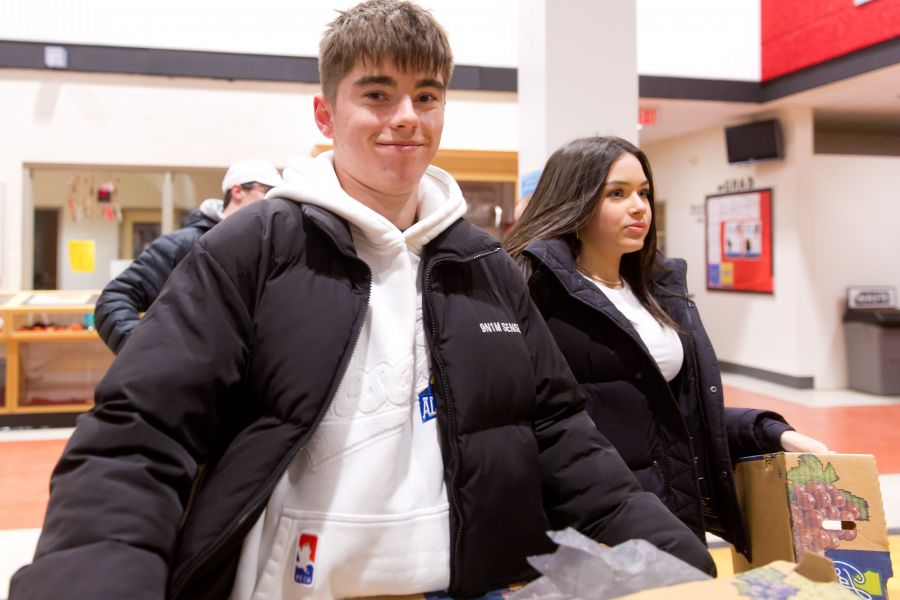 Savoie then pointed us to a trio of Grade 12 friends and student event leaders, Macy Block, Moriah Bouthillier and Alex Petrasek. We asked them why they get involved when they could simply take it easy after classes. And we quickly got our answers. 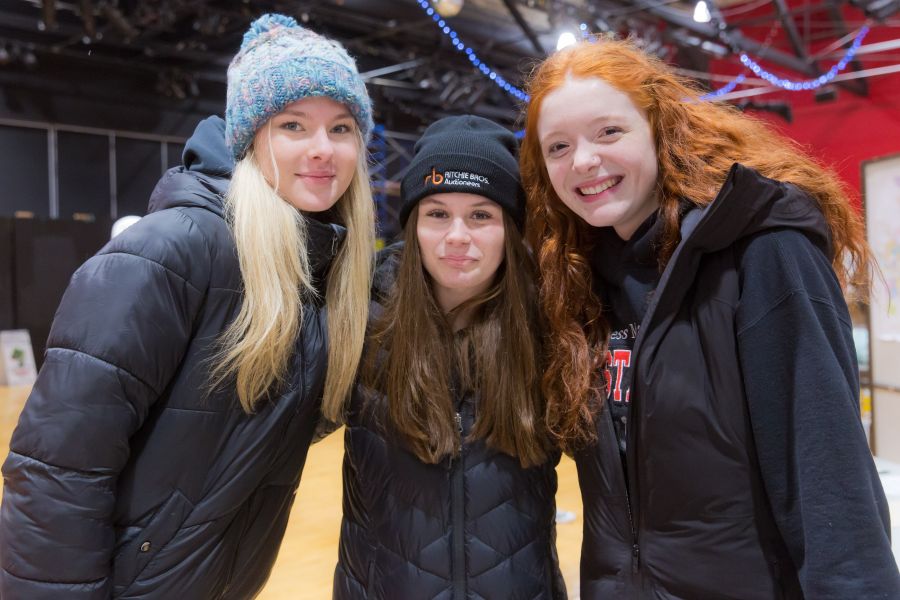 "We've been part of this event since we've been going to middle school," said Block. "We helped out with it back then and it's just great we can be leaders of it now.

"I love putting smiles on people's faces at school, and it's a great way to help the community too. It's just so great we can get all these items to the Salvation Army so they can stock their shelves." 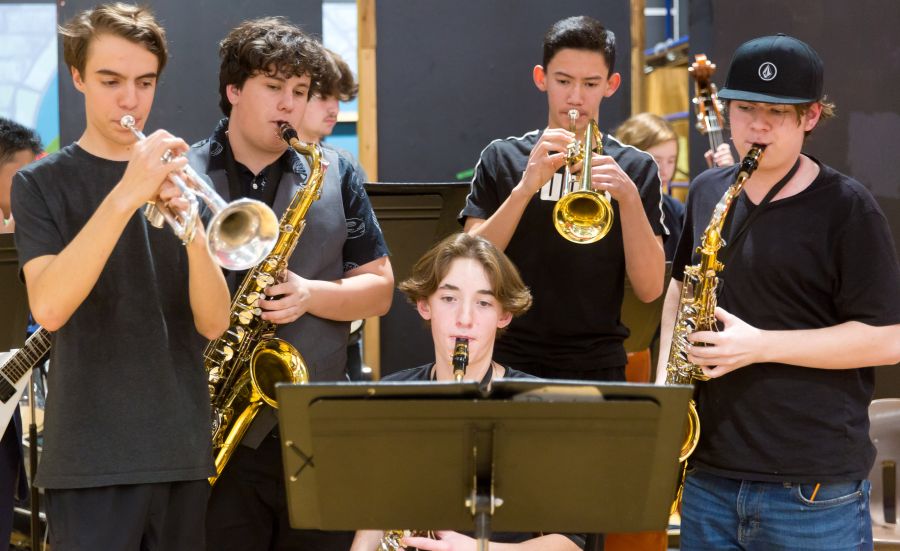 According to Bouthillier, applying yourself doesn't mean you can’t enjoy yourself too.

"If you do this with your friends," she said, "yes, you're helping other people and the community too. But it's also fun. So you can have fun while you help people." 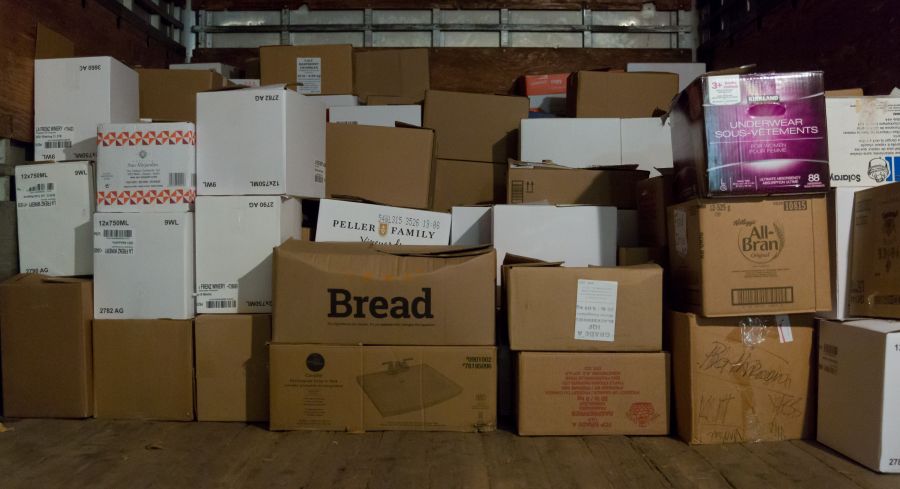 Petrasek, meanwhile, came up with a simple credo we should all live by. 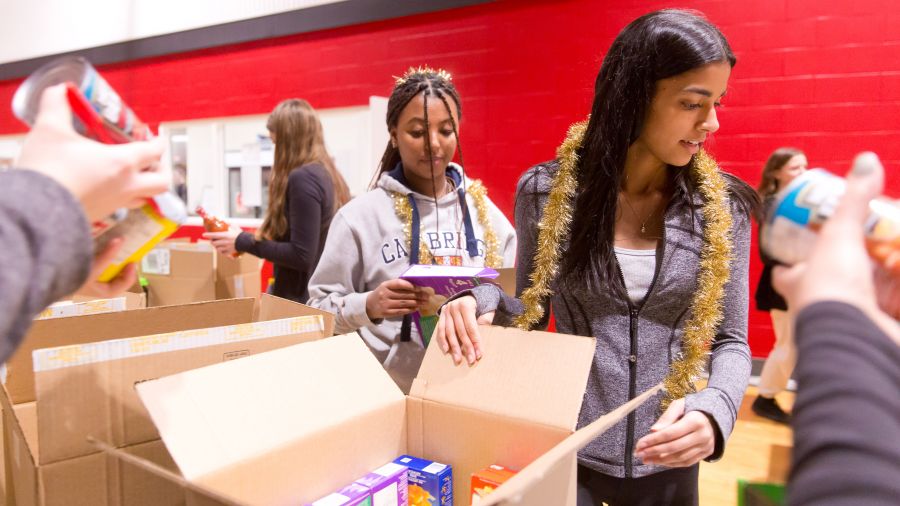 "I like helping out everyone and seeing everyone together helping the community," she theorized.

Next it was on to Penticton Secondary, where many of the evening's 51 routes had already been completed and the collected treasures then carted to a delivery truck in the parking lot. 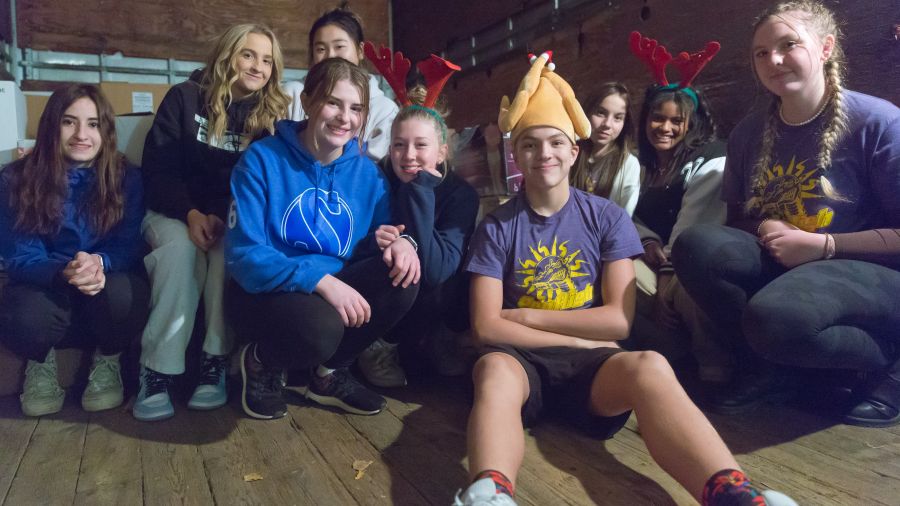 We asked French Language and Leadership teacher Jolene Broccolo about the relationship between 10,000 Tonight, the Pen High-only toy drive called "Toys for Tots to Teens," which culminates this year on Dec. 8., and the recently formed charitable entity "Penticton Provides." 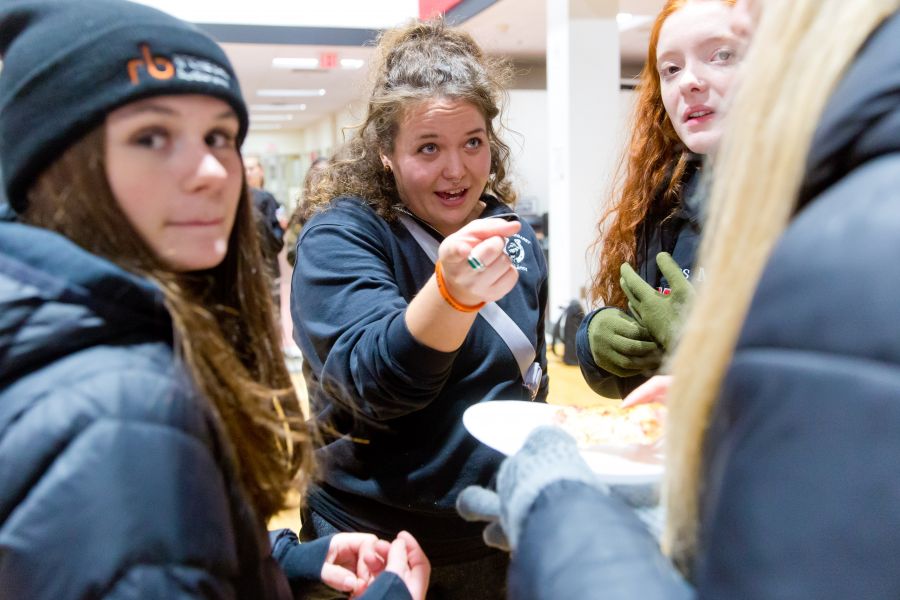 It does, after all get a wee bit confusing for us outsiders.

"All of it," said Broccolo, "is now basically under the umbrella campaign called Penticton Provides. We kind of rebranded when the pandemic started. 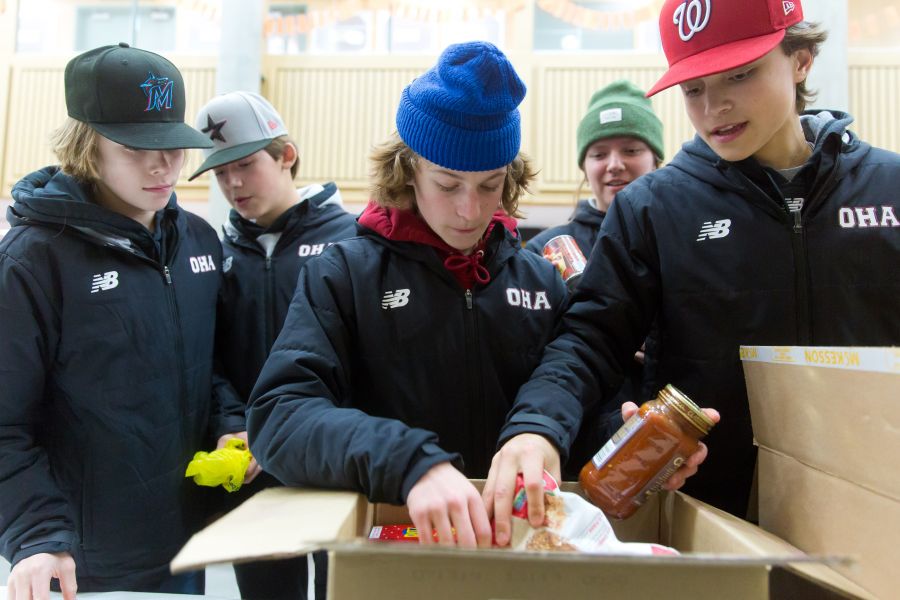 "So 10,000 is a joint effort between the two schools, whereas Toys for Tots has been a community initiative for almost as long, hosted in different places. But because Pen High has a role in both, we were able to put them together, which allows us different marketing and funding opportunities and allows us to extend the giving period."

Makes sense to us. 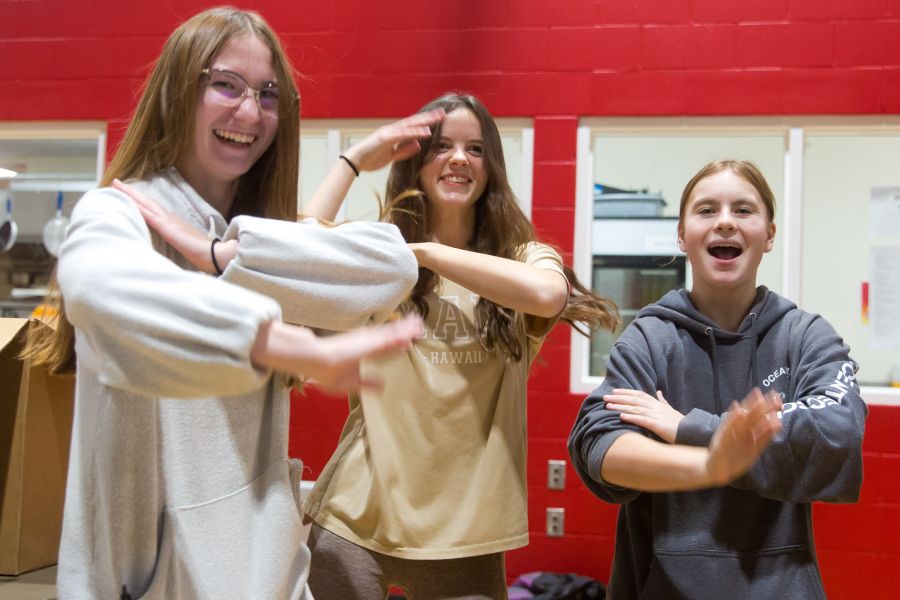 For 16-year-old Annika Neill and 17-year-old Autumn Lafferty, the event was a test of their leadership skills.

"I've been doing this since middle school," laughed Lafferty, who also co-lead last year's Toys for Tots. "My mom forced me to go with my brother when he did it. I was in Grade 6 and my brother was doing it and my mom was like. 'Hey, you should help too.' And I said, 'Sure.' 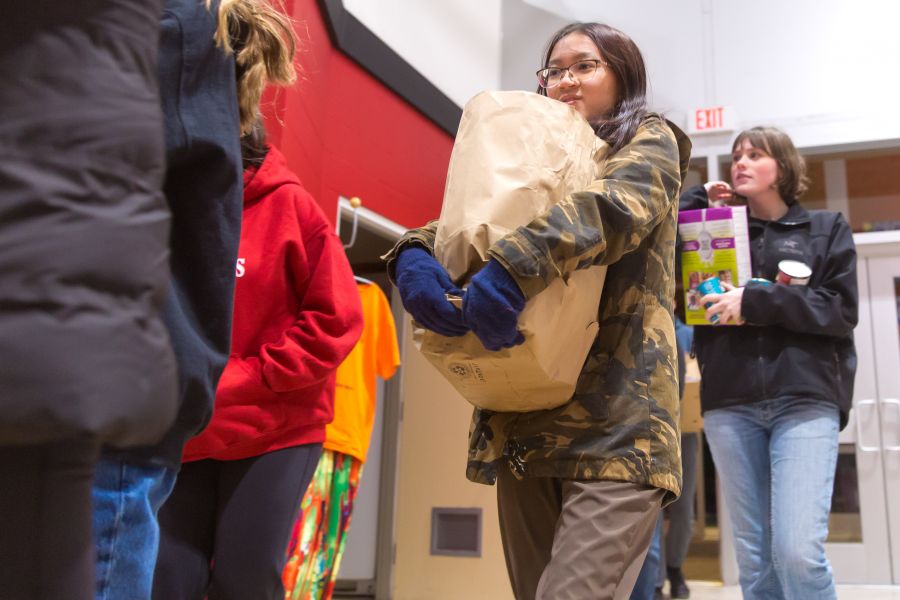 "And I still just love doing it."

Neill had a similar story. 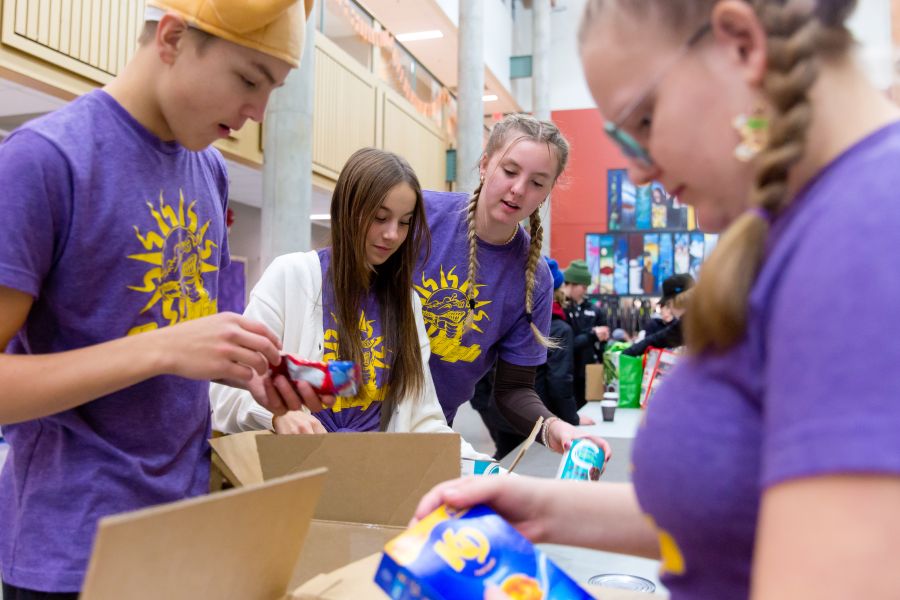 "I've kind of grown up around this ever since I was little," she said. "My family members are teachers and I grew up coming to this school even when I was younger and helping out.

"And I think it's amazing to see the impact it has on our community. It's hard to see that struggle sometimes, so getting to see that I can make a difference is really amazing." 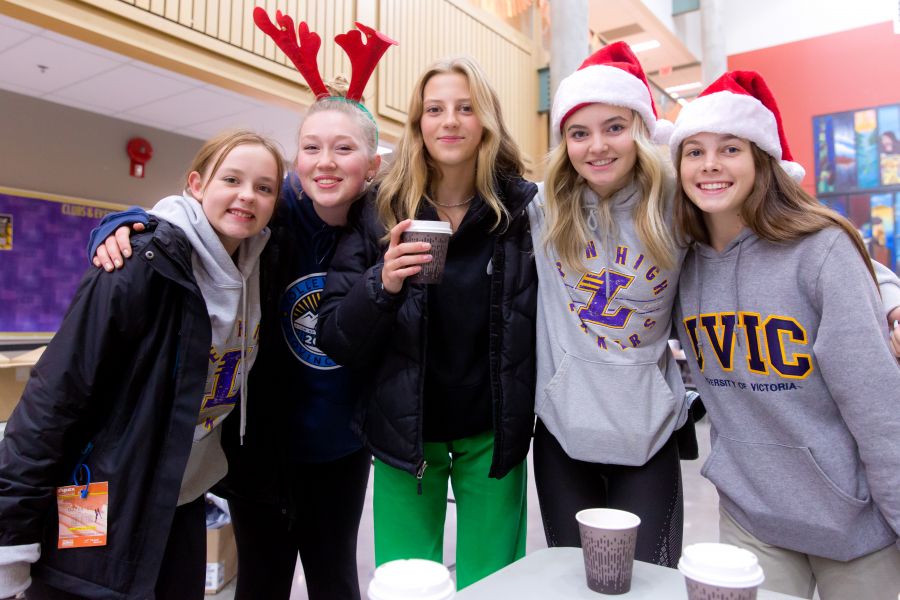 Anyone who was unable to donate Thursday to 10,000 Tonight still has time to do so. Dropoff boxes can be found at both high schools and at businesses such as Canadian Tire, IGA, Quality Greens, Safeway, Save-On-Foods, Superstore and Walmart.

For more information on 10,000 Tonight and its overarching Penticton Provides, go here. 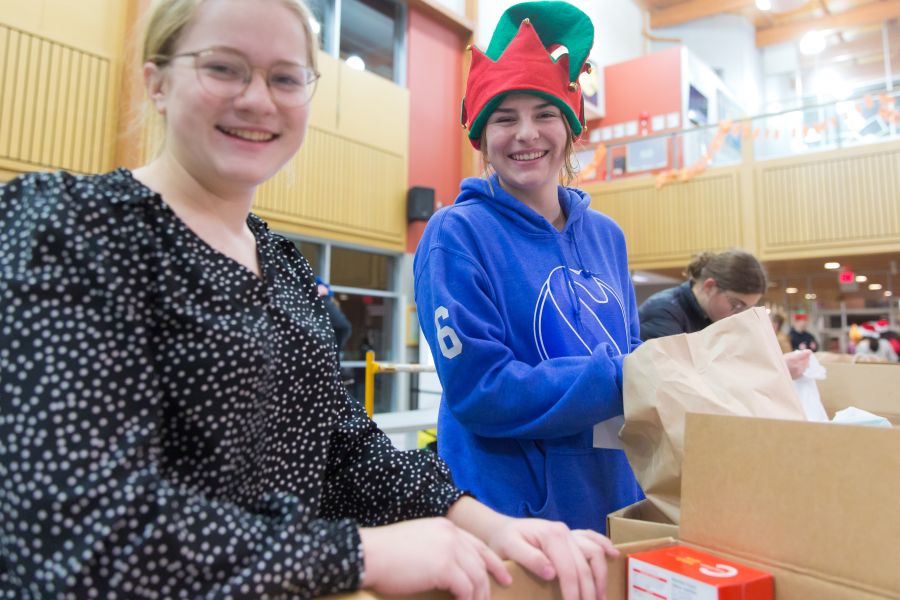