"If you don't have to go out, don't. Make sure you have proper snow tires and that you leave yourself enough time to get wherever you're going because you’re going to be slow." 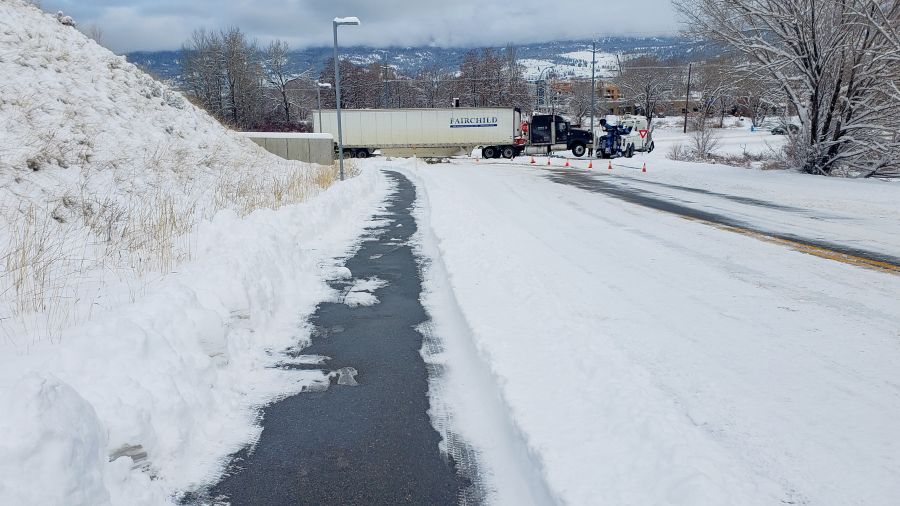 That was the advice early this afternoon from Penticton Fire Department captain Mike Wade, on the scene of a vehicular mishap at the junction of Hwy 97 and West Bench Hill Rd that was clearly attributed to the slippery conditions. 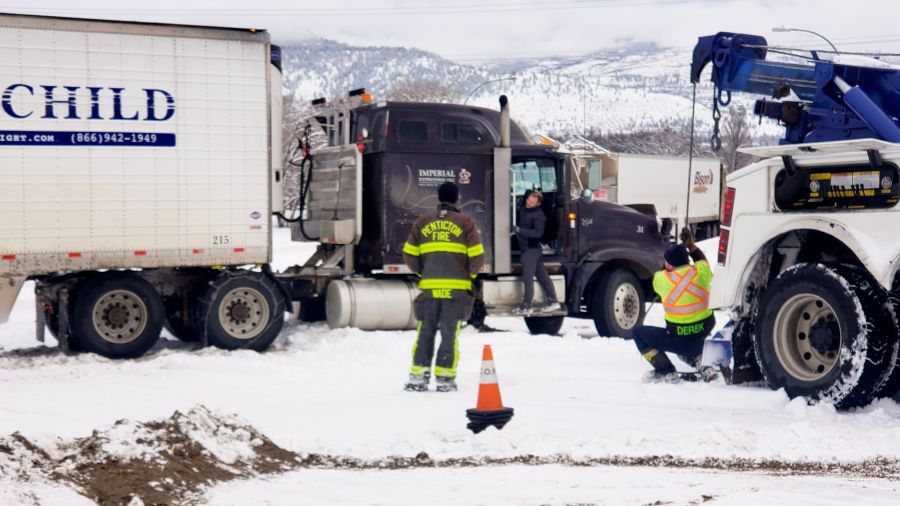 "We have a semi here that came around the corner and lost control on some compact snow and ice and took out a light standard," said Wade. We're currently getting him off the road."

The incident occurred just before noon, when the truck, owned by Fairchild Freight of Phoenix, Arizona and traveling south on Hwy 97, failed to negotiate a gentle bend just west of the Penticton Channel overpass. 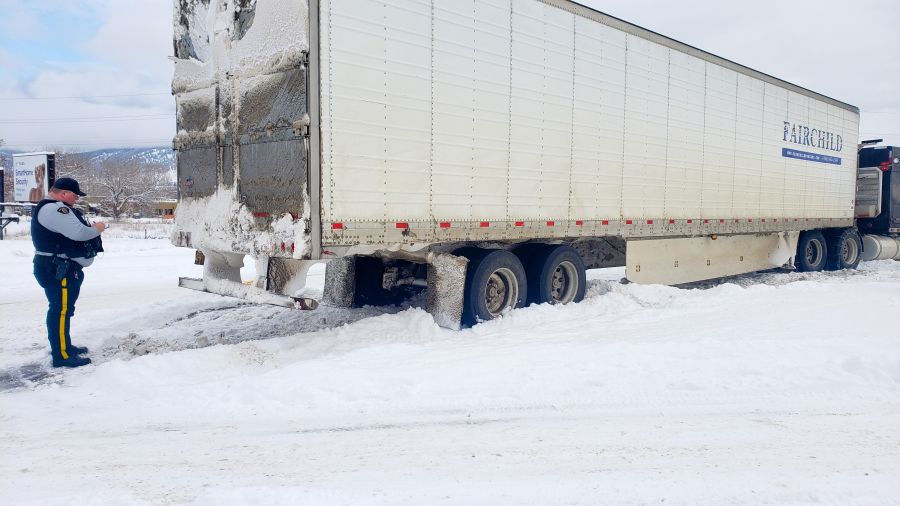 It came to rest on a meridian at the intersection with West Bench Hill Rd, severely impeding traffic moving uphill and downhill on that thoroughfare. When PentictonNow arrived on the scene, PFD members were ushering traffic in both directions on West Bench Hill Road via the only unaffected lane. 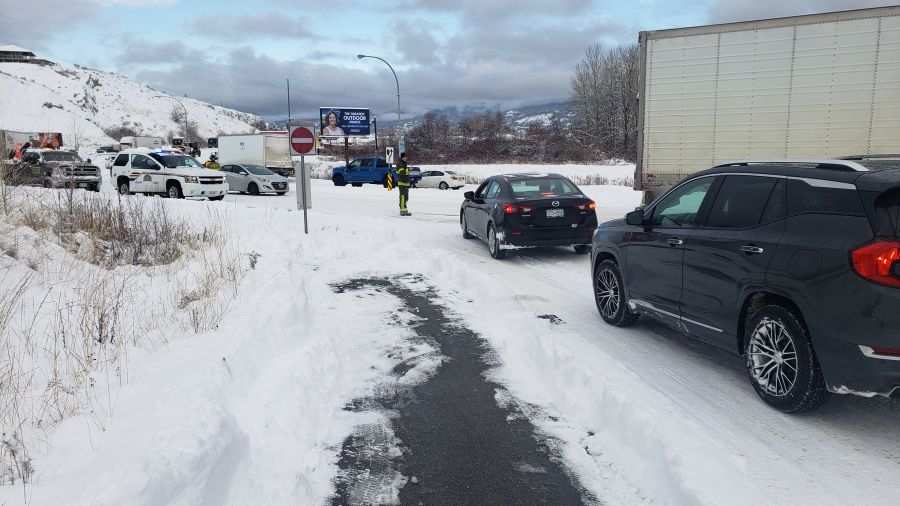 "He ended up on one of the medians here and got some metal signage underneath one of his fuel tanks," added Wade as a heavy-duty Penticton Towing truck pulled up. "We just have to get him off there and he'll be good to go." 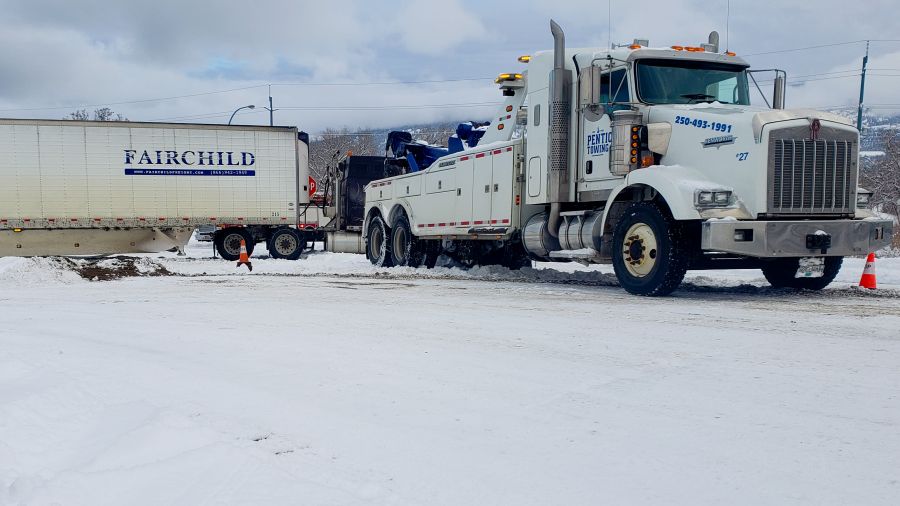 As we watched, multiple drivers encountered difficulties stopping confidently as they descended the hill. Of particular concern was one four-wheel drive truck that had seemingly come to a full stop only to continue sliding forward, ever so slowly, for several meters. 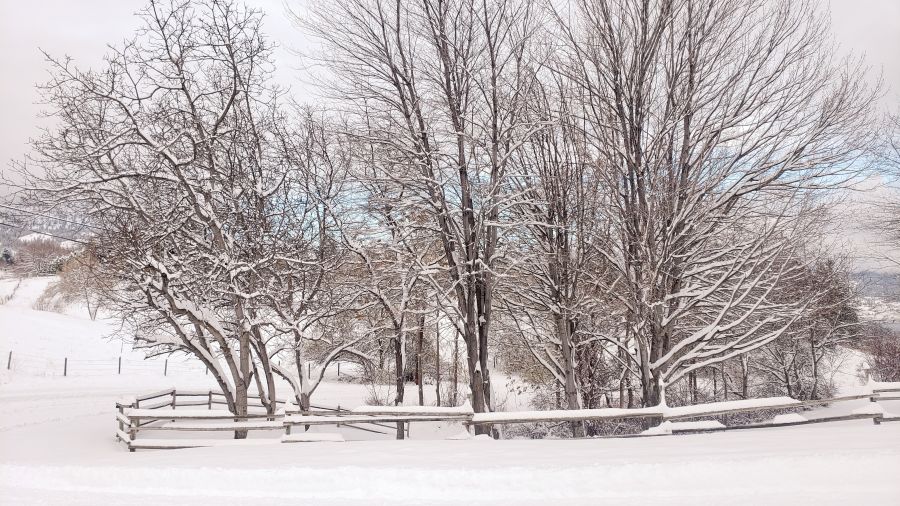 With only minor precipitation forecast in the next 48 hours but plenty of cold temperatures -- tonight will dip to -4°C -- there's a good chance more of this morning's snowfall will pack up and freeze on regional roadways. It'll continue to look beautiful, but it'll be dangerous too. 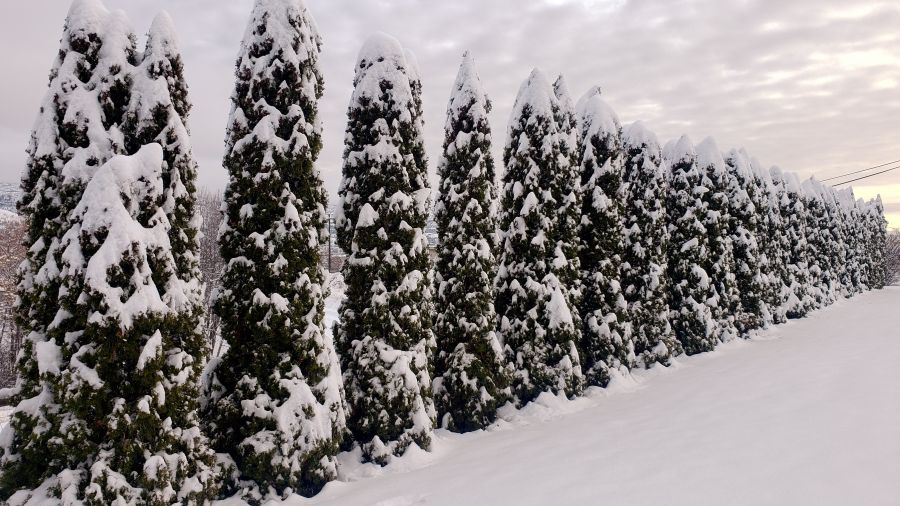 "It (the slippery roads and sidewalks) aren’t out of the ordinary for the first snowfall of the year," said Wade. "And it was an unexpected snowfall overnight. I don’t think anyone expected to get that much."