Jump your rope, hula your hoop with 40+ Double Dutch Club

As PentictonNow strolled last weekend from the Elvis Festival to the Beach Cruise to the Art Gallery (it was a busy weekend), we came upon a group of women skipping rope on the Lakeshore Drive sidewalk adjacent to Penticton Creek. 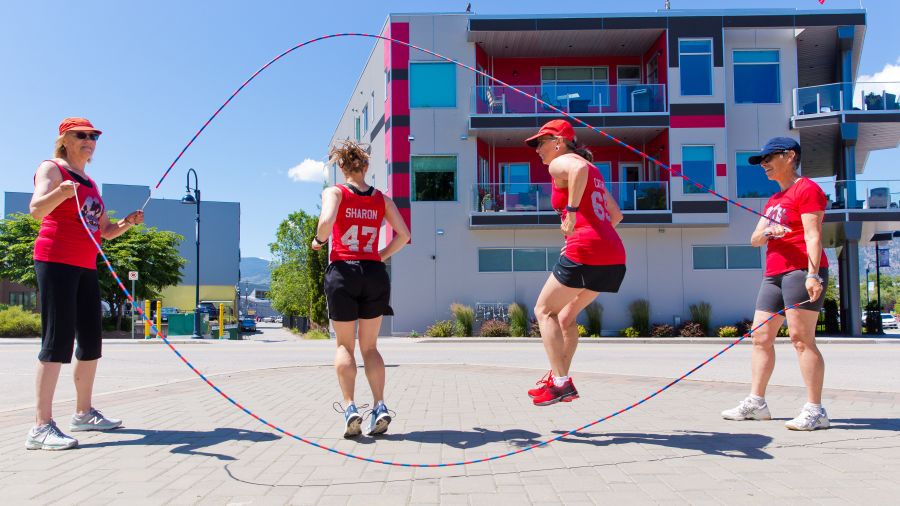 The sidewalk is wide at that particular juncture, so it's not like they were blocking pedestrian traffic.

But they were wearing near-identical outfits and we wondered if this was one of those roving gangs of mid-aged females we'd heard all about. Would they call us derisive names? Would they laugh at us for not knowing how to skip rope? 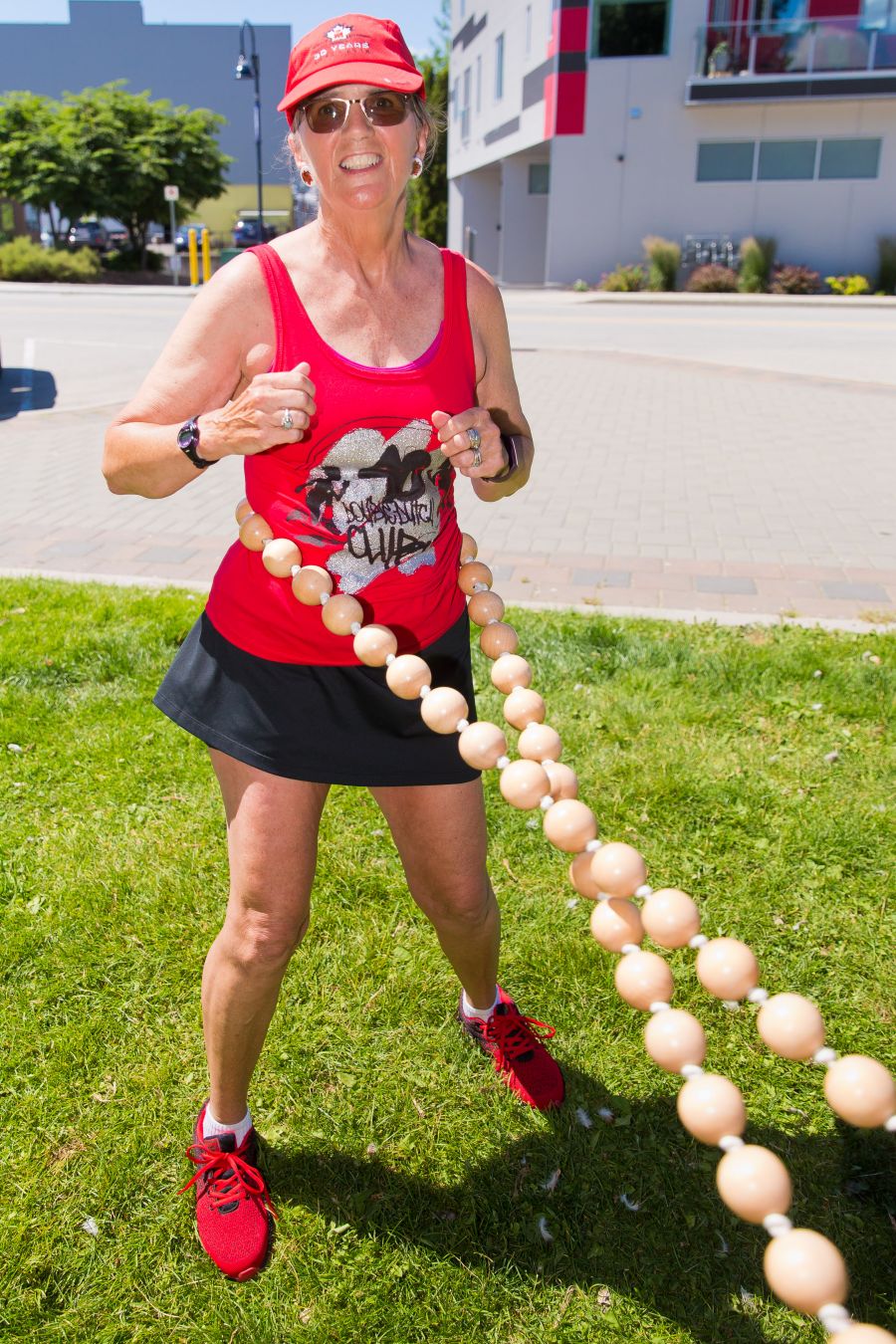 Luckily, what we'd come upon was the regular Saturday outing of a lovely group of women calling themselves the "40+ Double Dutch Club" ("Double Dutch" as in the challenging jump rope game where two ropes swing in opposite directions).

Turns out there are dozens of 40+ Double Dutch Clubs in towns all over North America, and that the Penticton "sub-club" came together a bit less than a year ago. And the concept is eminently likeable. 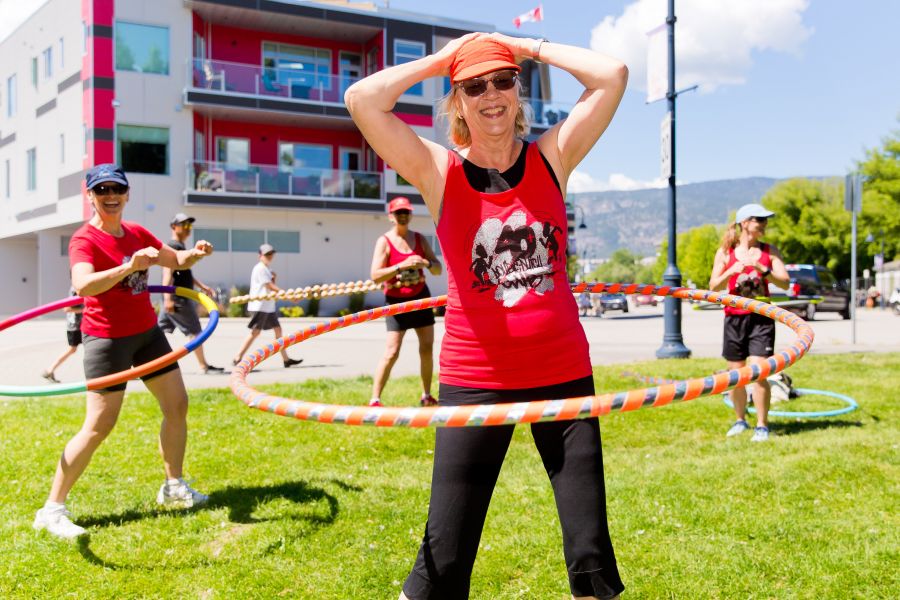 It's all about "taking a break from being an adult."

"We get together every Saturday from 10:30 to noon," said Double Dutch member Cathy Cunningham. "We hula hoop, line dance, double Dutch, play hand games, do single rope jumping and play hop scotch, chat and laugh. Basically, we take a break from being adults."

You must, however, be a woman and be no less than 40 years of age. 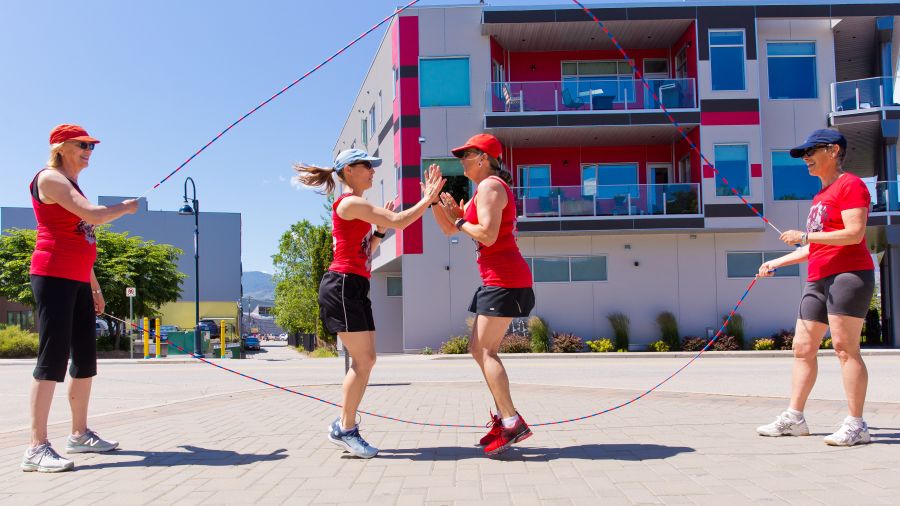 We wondered if that was both sexist and ageist and were told, "Sometimes us ladies have to get together and just play."

We were just fine with that explanation.

Making up Saturday's foursome were 65-year-old Cunningham, 65-year-old Evelyn Riechert, 62-year-old Charlotte Leaming and the youngster, 47-year-old Sharon Otke. All are Penticton residents, and all were having a blast. 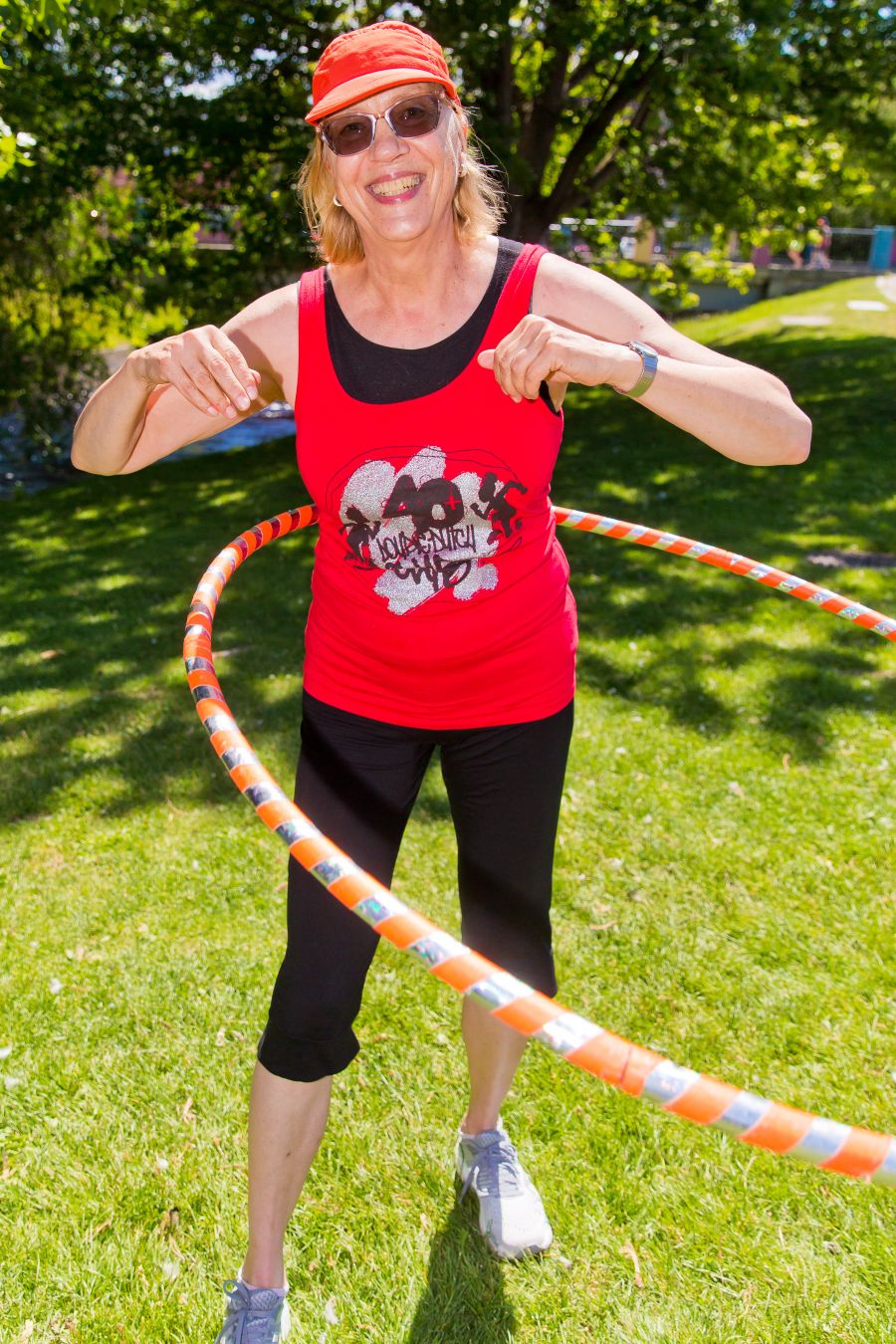 There are a dozen members so far in the Penticton branch of the 40+ Double Dutch Club, and they'd love more. There is no cost and no commitment.

If you meet the qualifications, reach out to Cathy Cunningham at [email protected].