The countdown is almost over as thousands of Penticton and area residents - and visitors from all over the region and across the province - prepare to attend the 71st Penticton Peach Festival.

Don Kendall, the president of the Penticton Peach Festival organizing committee, was busy Tuesday morning on site down at Okanagan Lake Park setting up the main stage and park for Wednesday evening’s concert by legendary Canadian rocker Kim Mitchell and his band. 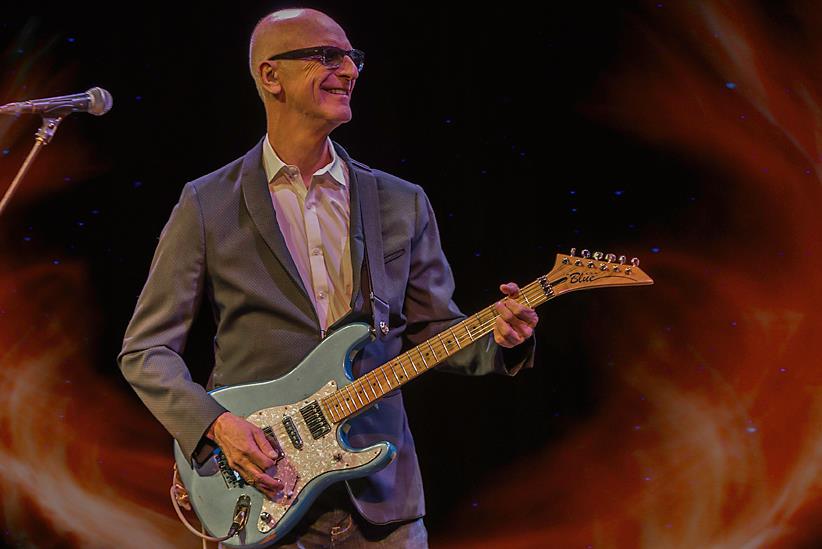 Kendall has been involved with Peach Festival for many years and says this year’s lineup of musical entertainment might be the strongest the festival has ever had.

Following the opening night concert by Mitchell and his band, legendary Canadian rockers April Wine will be the headliners Thursday night.

April Wine has released 15 studio albums, three live releases, numerous compilations, a boxed set and performed thousands of concerts across Canada, the United States and throughout the world. In 2010, April Wine was inducted in to the Canadian Music Hall of Fame and as they continue their 45th year as a touring band.

Opening for April Wine will be the Heroes of Rock, who who played at the Peach Festival for the first time last year and wowed the crowd with their tributes to the biggest rock and metal acts of our time.

The weekend will be dedicated to country music.

Canadian country music superstar George Canyon and his band are the headliners on Saturday evening.

Canadian pop-country sensation Madeline Merlo and her band will perform as the headliners on closing night Sunday.

Merlo was recently nominated for a Canadian Country Music Award nomination for Female Artist of the Year Award, said Kendall. 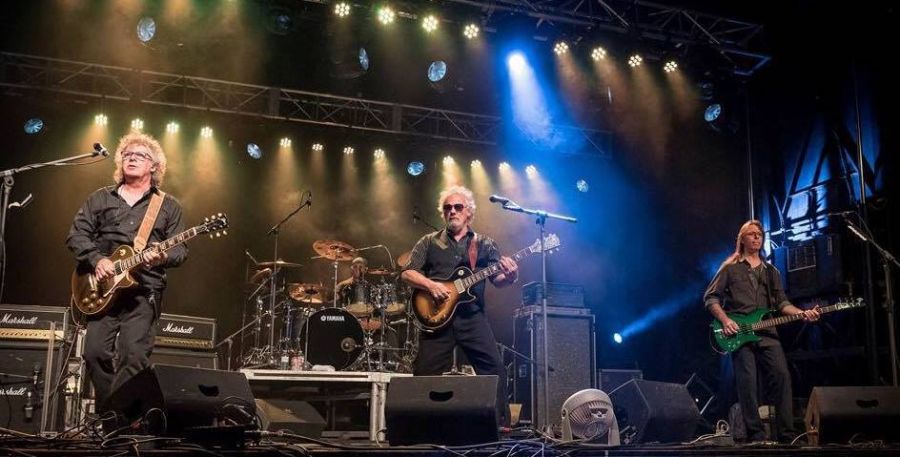 “We’ve got an incredible lineup, maybe the best we’ve ever had,” he said. “We’re really excited about it. I think it’s going to be a great five-day show.

“Kim Mitchell has never played Peach Fest before. Normally to see Kim Mitchell and April Wine back to back, you would probably be paying $50 to $60 a ticket and, of course, at Peach Fest it’s free.

“We’re really lucky to get Madeline Merlo for Sunday as she’s one of the hottest country entertainers in Canada right now. She’s had four hits singles in the last year-and-a-half.”

The Skyhawk Parachute team from the Canadian Armed Forces will be putting on two performances on Wednesday, the first at noon and the second at 5 p.m.

“They’re only doing two or three appearances they’re doing in British Columbia this year,” he said. “They normally don’t go back to the same city two years in a row, but they had such a great time here last year that they actually requested to come back.”

The Canadian Tire Mega Moto Cross event along Lakeshore Drive will take place on Thursday, Friday and Saturday and they will have five motorcycle daredevils, including most of the top riders in Canada, performing wild and crazy jumps and stunts this year, said Kendall. 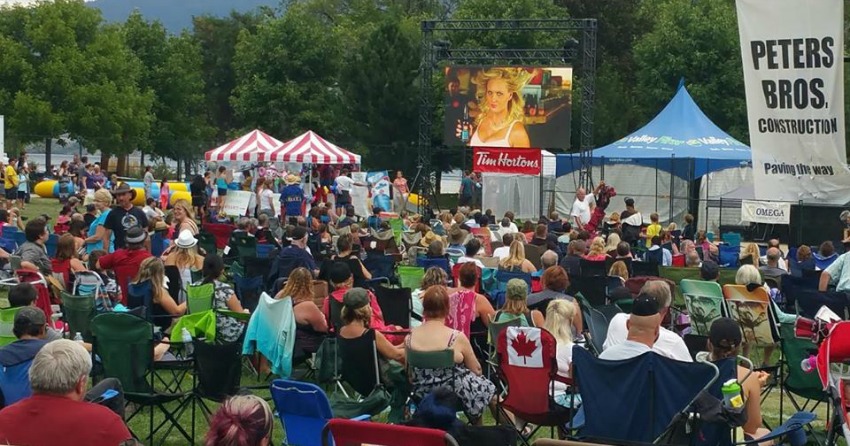 Mother Nature always plays a big role in any outdoor festival and the Environment Canada forecast calls for sunny skies and hot weather Wednesday and Thursday, with daytime highs reaching 37 and 38 degrees, respectively.

On Friday, there forecast calls for some cloud cover, a 40% chance of showers and daytime high of 34. 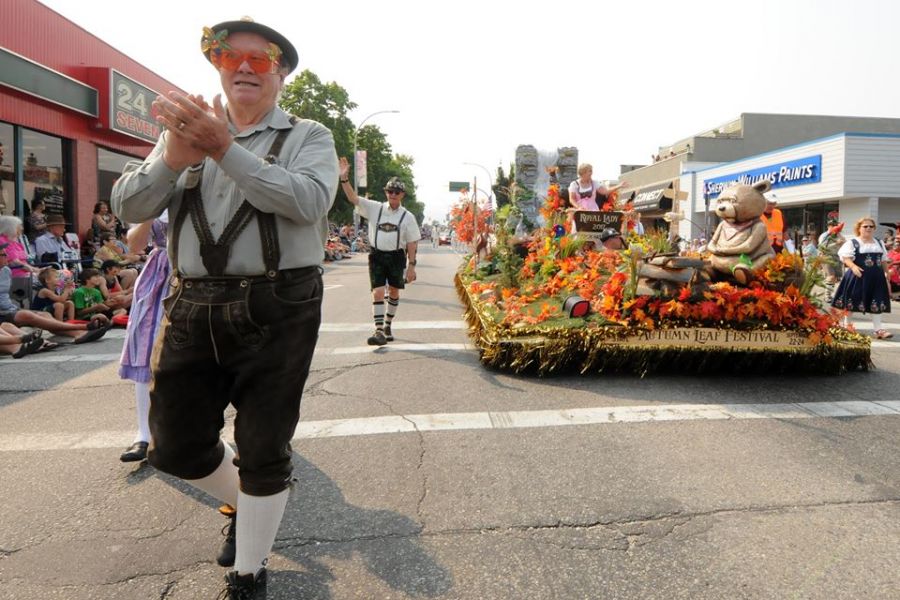 Things are expected to cool off dramatically for the first time in three weeks on Saturday, with a mix of sun and clouds, daytime high lowering to 26 and 30% chance of showers.

The forecast on Sunday calls for a return to sunny skies and daytime high of 26.

“The weather forecast has changed kind of daily, but we’re hoping for good weather, “ he said.

“There will be all kinds of free stuff for kids, so that’s the first event to get things started,” he said.

The organizing committee works incredibly hard to pull this all together and Peach Festival would not continue as the iconic event it has become without them volunteers involved, he said.

“Our committee works year-round on this,” he said. “It’s not a one-month or two-month commitment, but 52-week event for us.”

Kendall said he doesn’t know many Penticton residents who don’t attend at least one Peach Festival event and he’s confident there will be huge crowds all five days this year.

“Come out and have some fun,” he said. “Where else can you have days of free family fun?”

The Peter Brothers Grand Parade set for Saturday morning has already reached its maximum of 100 entries.

The parade marshall this year will be Canadian Olympian Justin Kripps, who is originally from Summerland and part of the two-man Canadian Olympic bobsled team that captured a gold medal at the South Korean Winter Olympics last winter.

“Justin is coming back to Summerland just once this summer and he planned it so he could be here for our opening ceremony on Wednesday night and the parade on Saturday,” he said. “So we’re really excited to have Justin leading the parade.”

There are 10 floats in the parade coming from Washington, Idaho and Oregon as well as one of Washington’s top marching bands, meaning a contingent of more than 300 Americans will be visiting Peach Festival this year, he said.

Kendall said it was estimated that more than 80,000 people participated in Peach Festival events last year.

For all the details about the 2018 Penticton Peach Festival, click here.