A Penticton restaurant will close part of its restaurant for the opening ceremony of the Walk to End Abuse Campaign for the South Okanagan Women in Need Society (SOWINS).

Boston Pizza will close down its lounge on Friday to host the launch party and "raise dough" for the SOWINS organization which seeks to "end the silence and stop the violence in our communities" says Debbie Scarborough, executive director of SOWINS. 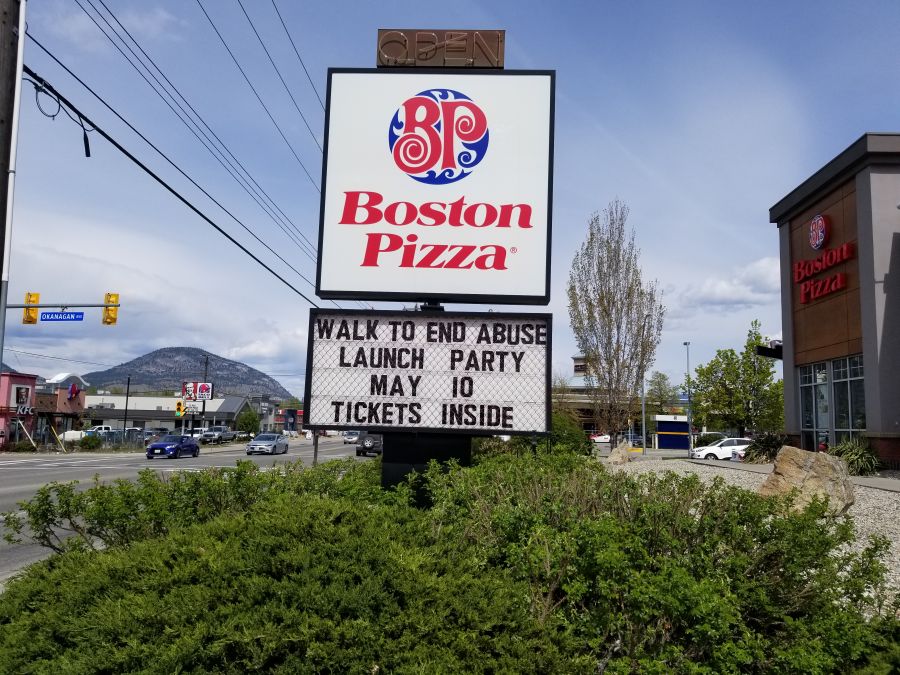 “Many of us get to go home, turn a key and feel safe. There are so many women and children in our communities that don’t have that right. Feeling safe is a right it is not just a privilege.”

Diane Fru, a SOWINS volunteer and organizer is motivated to fundraise by her own experiences, “This charity is very important to me, as a woman and mother.

"A long time ago, I experienced domestic abuse and violence first hand . . . Small communities often think issues like these only exist in larger cities and towns, and that’s just not so."

Tickets for the 'Raise the Dough' Launch party are being sold for $20 each and bring with them an appetizer and an alcoholic or non-alcoholic beverage from their 'appy' hour menu. All of the proceeds will go directly to the SOWINS organization.

Money raised for the event will be matched by an anonymous donor, doubling the preliminary count! 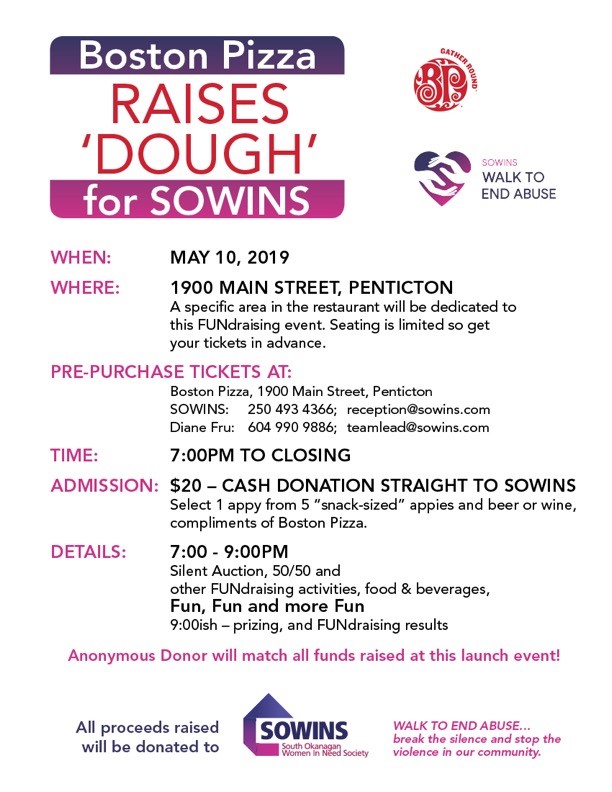 The party has been a sellout in recent years, says Diane Fru, a SOWINS volunteer and will feature DJ Russ Treit, a silent auction, a 50/50 draw, some raffles and a magician.

The campaign for SOWINS will end on June 2 with a Walk to End Abuse at Rotary Park in Penticton to fundraise more money for emergency shelter beds, counselling sessions and more.

Tickets for the launch party on Friday can be purchased at the Boston Pizza located on 1900 Main Street, the SOWINS administration office at 1027 Westminster Avenue West or by phone at (250)493-4366.