The weather was lousy. It rained off and on and the temperature was more fitting of early November. But Mother Nature would have to do a lot worse than that to crush the South Okanagan's most celebrated Father's Day get-together. 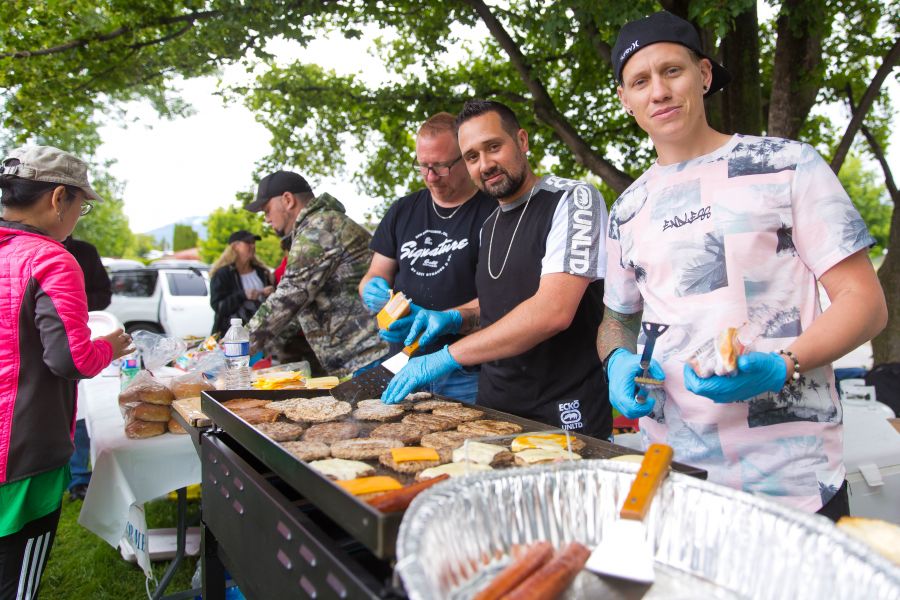 It began Sunday at noon and didn't finish 'til 3 and by the time it ended there'd been a barbecue for several hundred, a street hockey game where anyone could jump on a court populated by Penticton Vees players, a dunk tank with victims like councilperson James Miller, Scottish caber tossing, giant checkers, and a whole bunch of socializing between recovering and recovered dads and their families. 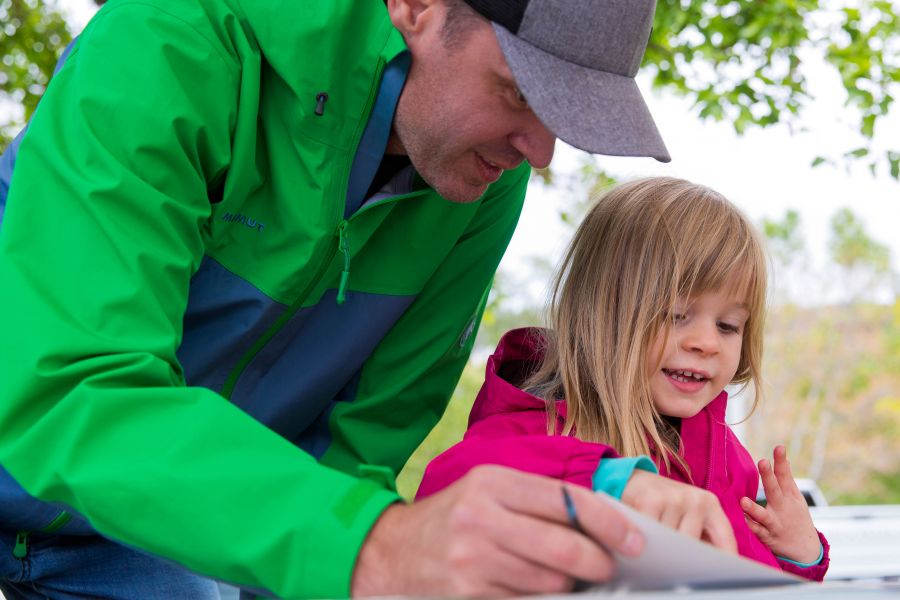 It was the annual Discovery House Father's Day bash -- the very first to be held publically since the pandemic hit in 2020 -- and it was a blast. And yes, that mustachioed gentleman hurling the ball so energetically was Mayor John Vassilakhi. That's how badly he wanted to dunk the aforementioned Miller. 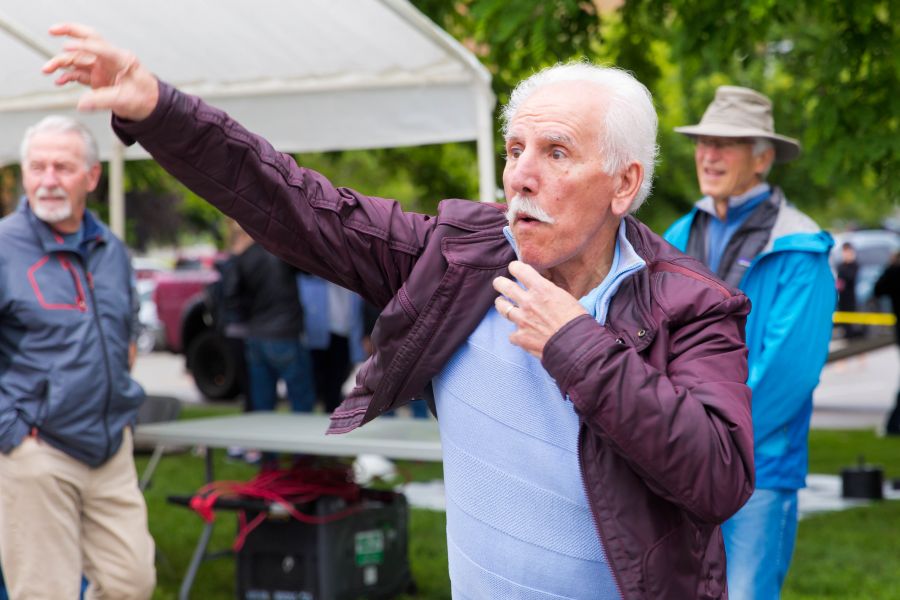 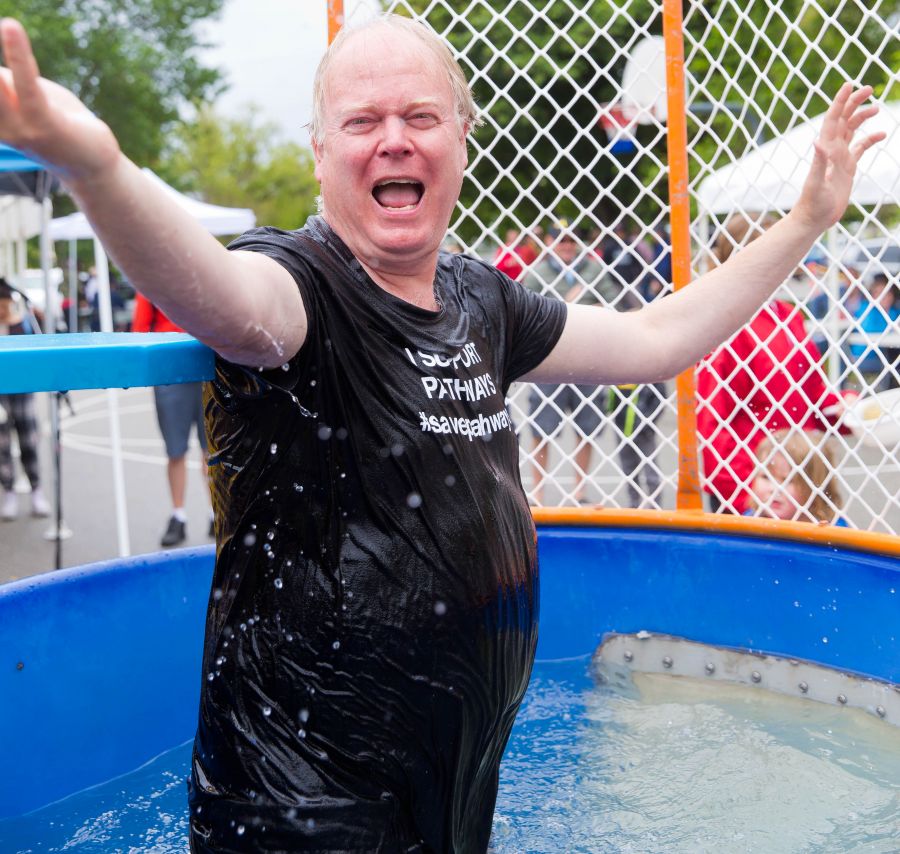 The event unfolded at Skaha Lake Park East (adjacent to, and in, the ball court), and for guys like Dave Dorion, it was extra special. 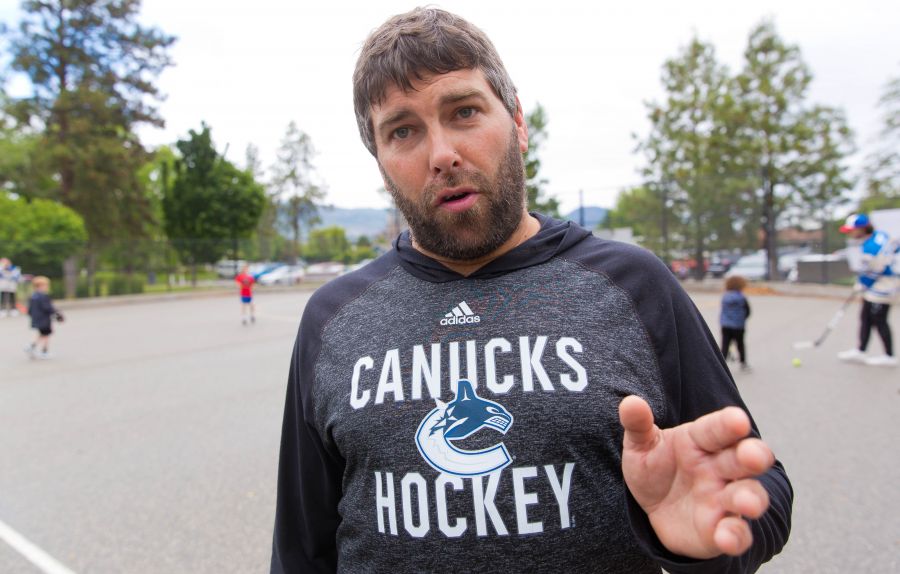 According to Dorion, a genuinely pleasant dude who spent much of the day playing with his kids when he wasn't supervising the ball hockey game he helped organize, "Discovery House legitimately saved my life."

"I was a hardcore alcoholic," he told us. "I lost the wife and kids. I lost everything. 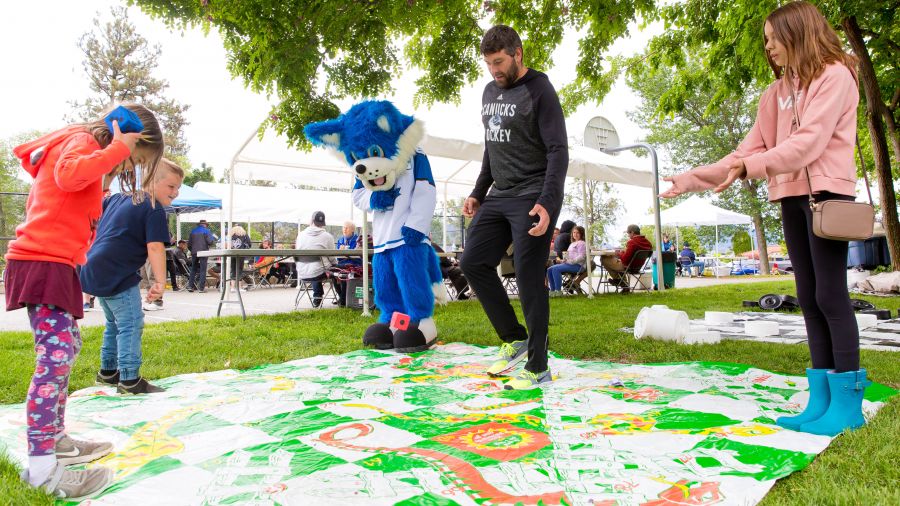 "We're talking a 15-pack every day and another 8-pack at the end of the night. For years."

It was no overnight thing. Dorion took his first drink at 13 and started "getting crazy" in his 20s. By the time he hit his mid-30s, he'd ballooned to 265 lbs. and was in the midst of losing his job and family. 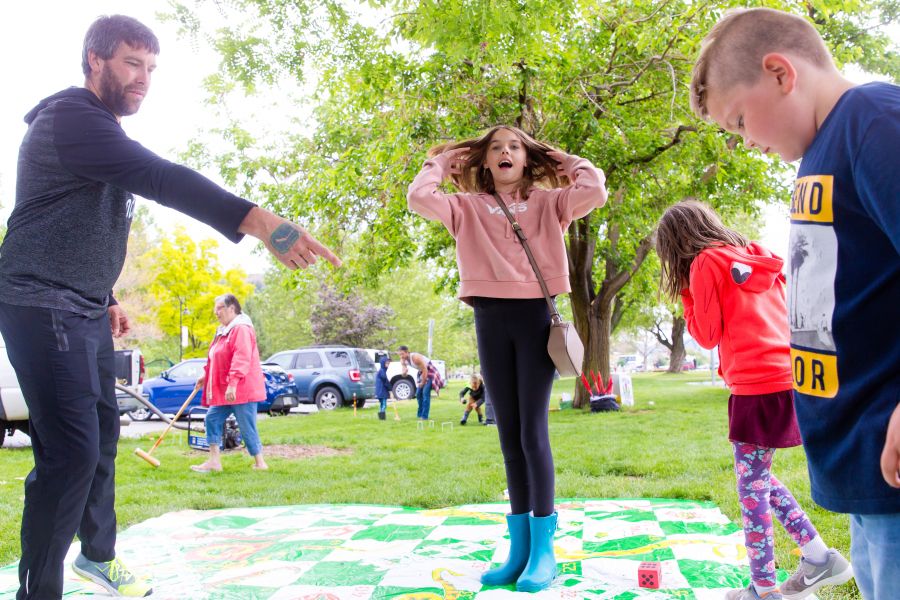 "My wife kept warning me and warning me about the alcoholism and I never took it seriously," he said. "It just got to the point where she left. 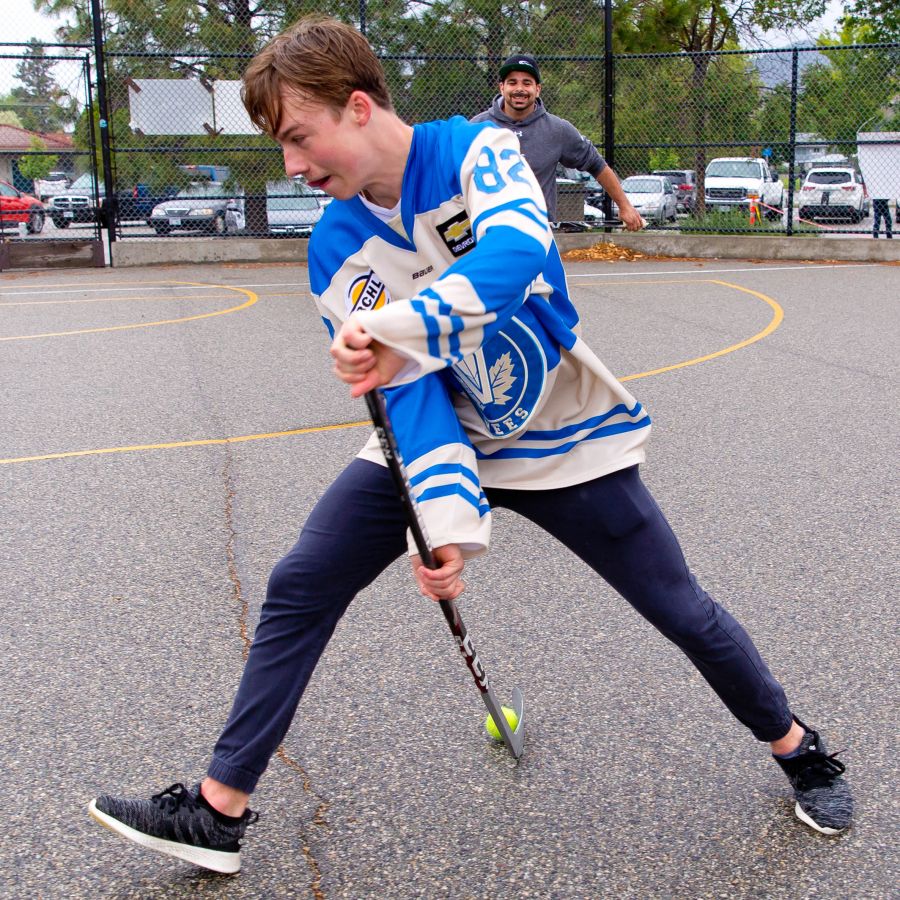 Dorion somehow managed to continue working, but eight months ago that came to an end too.

And he finally reached out. 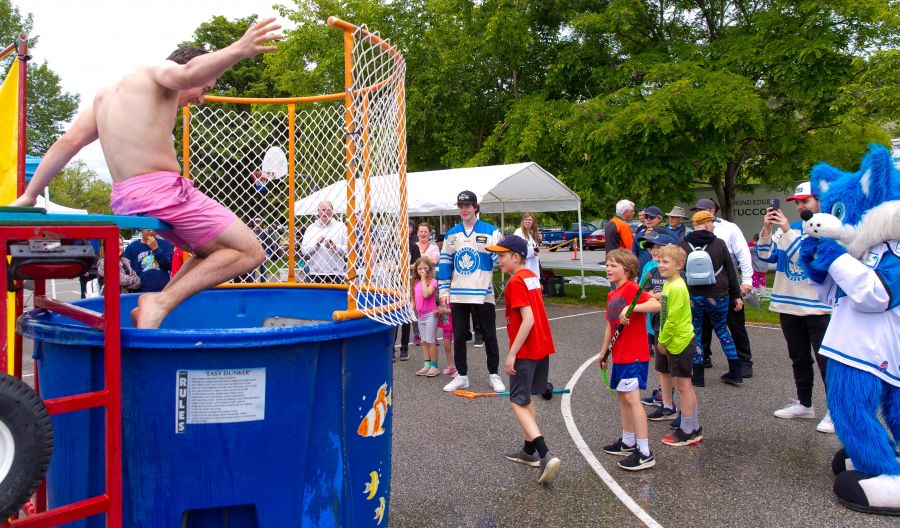 "I have a friend who's been sober for five and a half years," he said, "and she mentioned Discovery House. I called them once. They told me to keep calling. I think I started annoying them because I was calling twice a day. 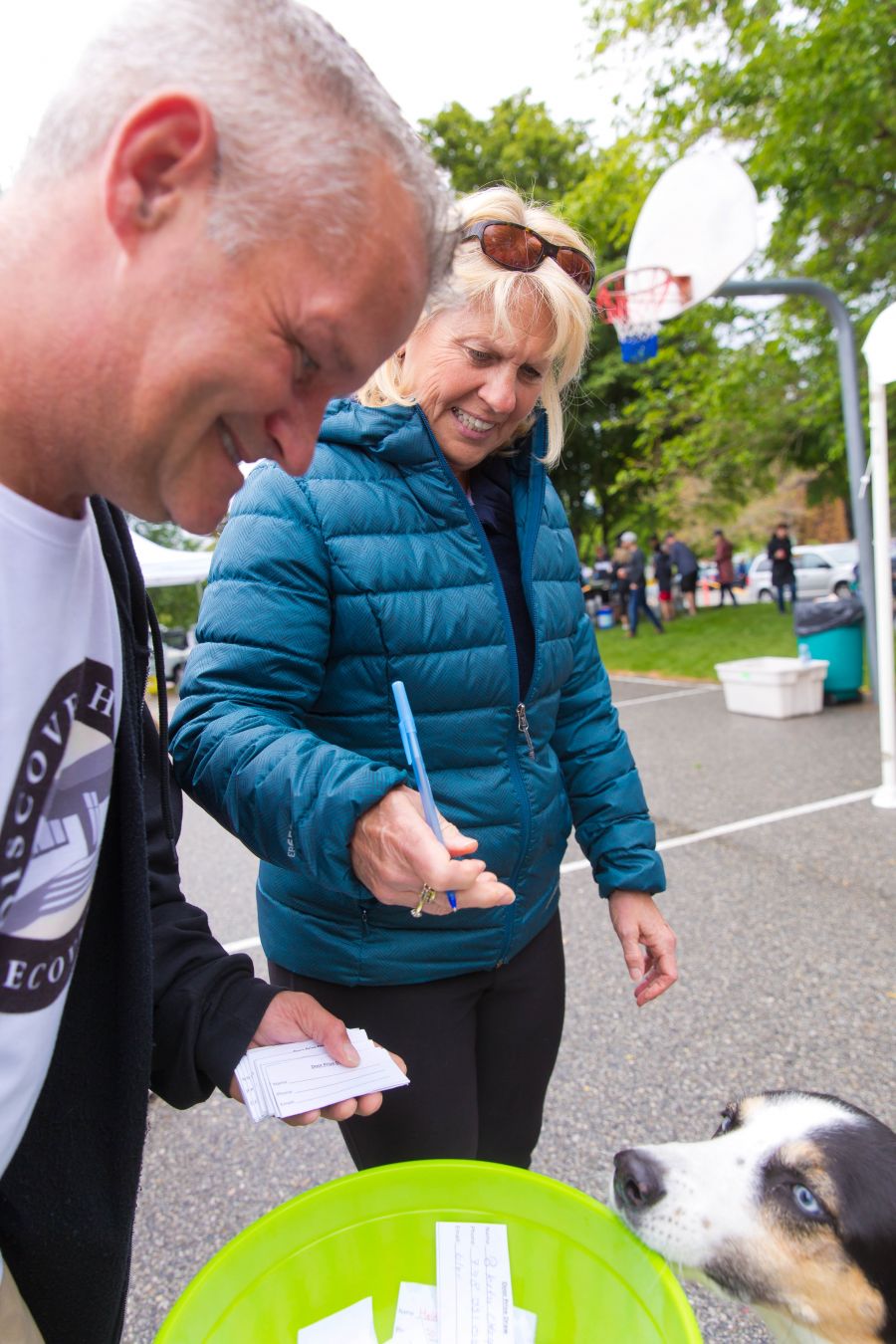 The day before Dorion officially moved in, he remained sober and took his kids bowling. "And then I walked into Discovery House and no more booze," he said.

"The first week was the worst. Detox and everything. It was a struggle, but it's been amazing since. I'm getting everything back. My kids are back in my life and they actually know me. My 6-year-old daughter tells me how proud she is all the time." 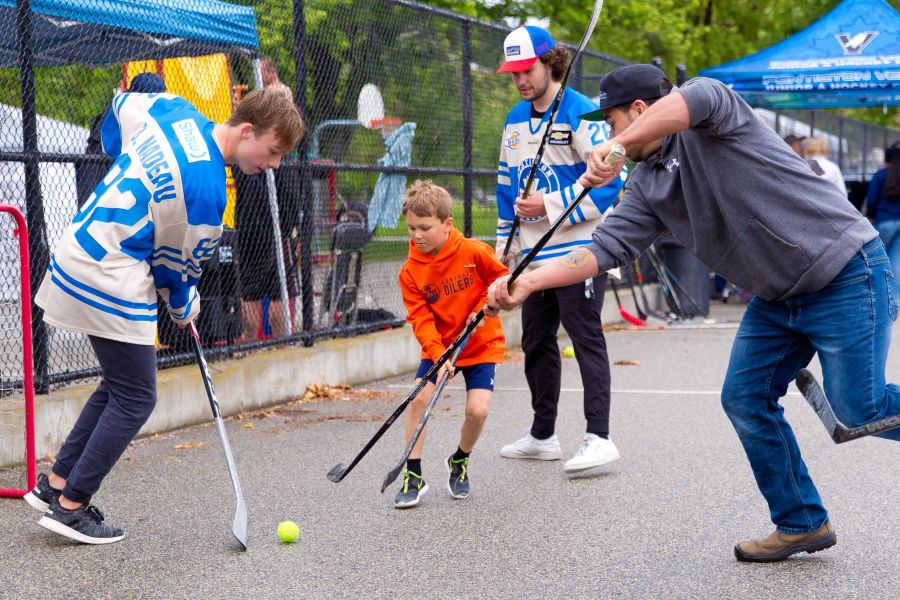 But that's not all. During his four months at the facility, Dorion shed 45 pounds, was re-hired by the same company, and is on the way to getting his license back too.

And he's training to enter the Vancouver Marathon. 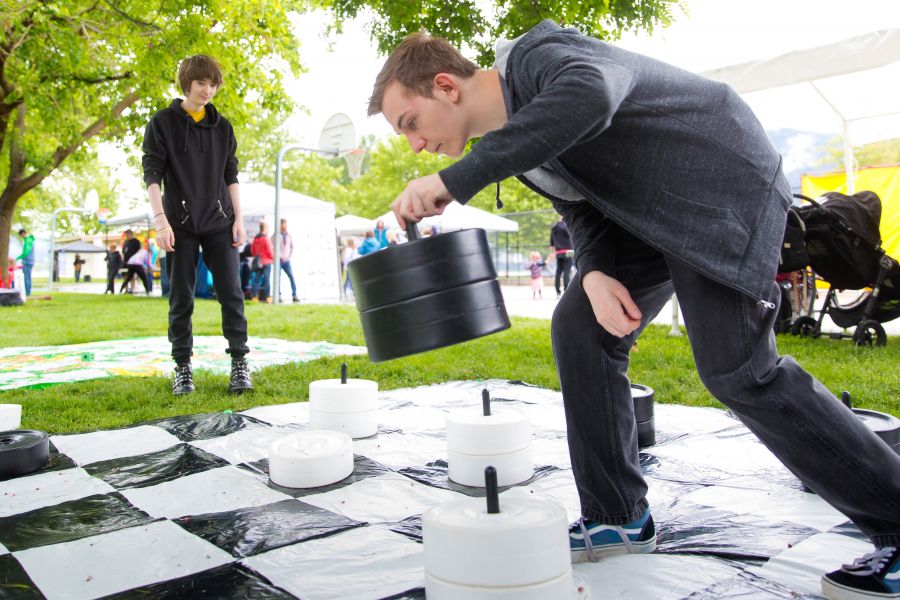 Two weeks ago Dorion moved to Discovery House's "Parker Place," a facility that caters to clients who've graduated from primary care and can cover most of their own costs.

"I went from 13 people at Discovery House (on Winnipeg Street) to a house with just five people," he said. "I have a full-time job now and can pay my own rent." 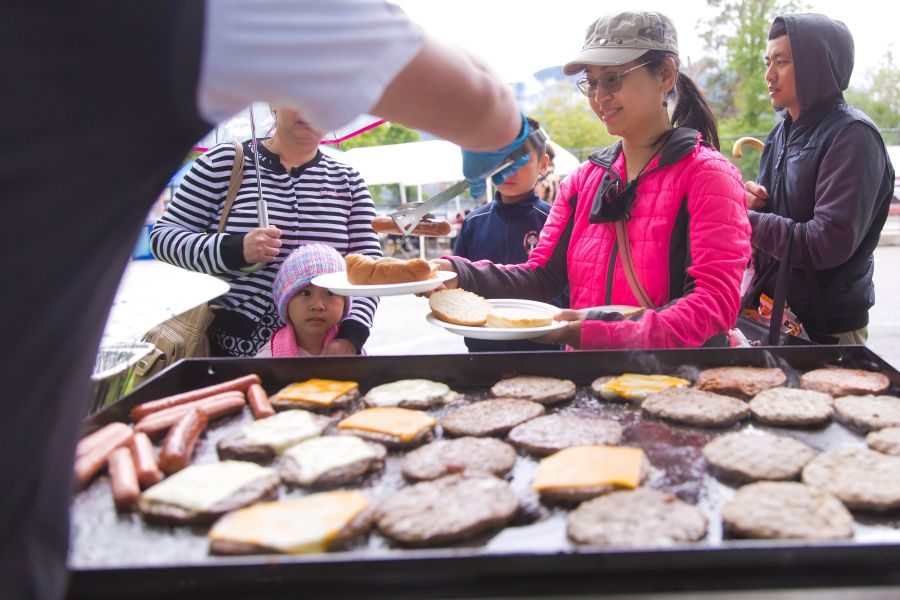 The story is music to the ears of Discovery House executive director Jerome Abraham. 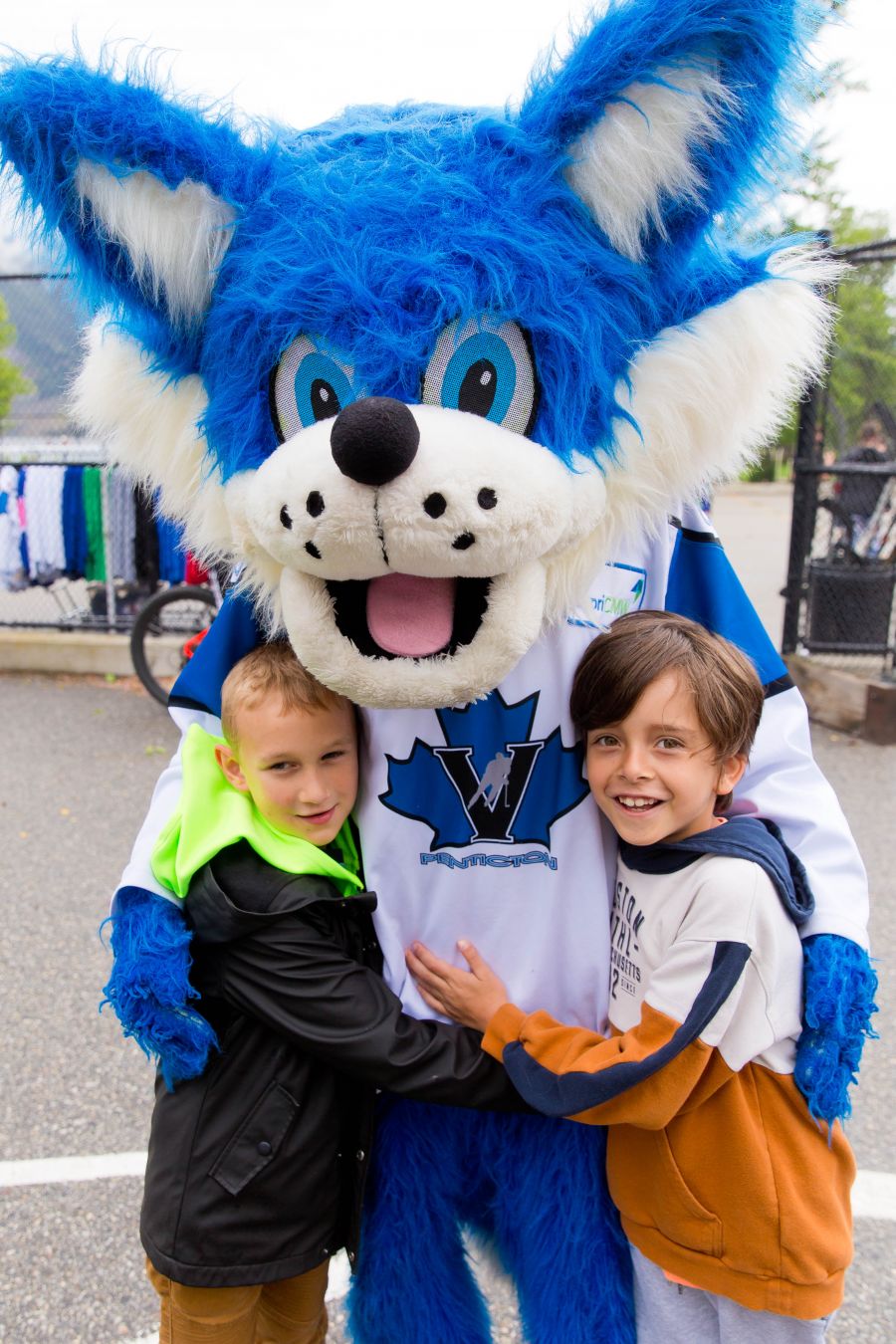 "Today's all about returning fathers to children and sons to families," said Abraham. "It's probably the one event that aligns most with our mission. It's also a chance for Discovery House to say thank you to the community for the support."

Discovery House subsidizes approximately 75% of client costs and is in the process of building a fourth home, so the $22,000 raised through the Father's Day event is absolutely essential. (Editor update: The final tally was $26,766.) 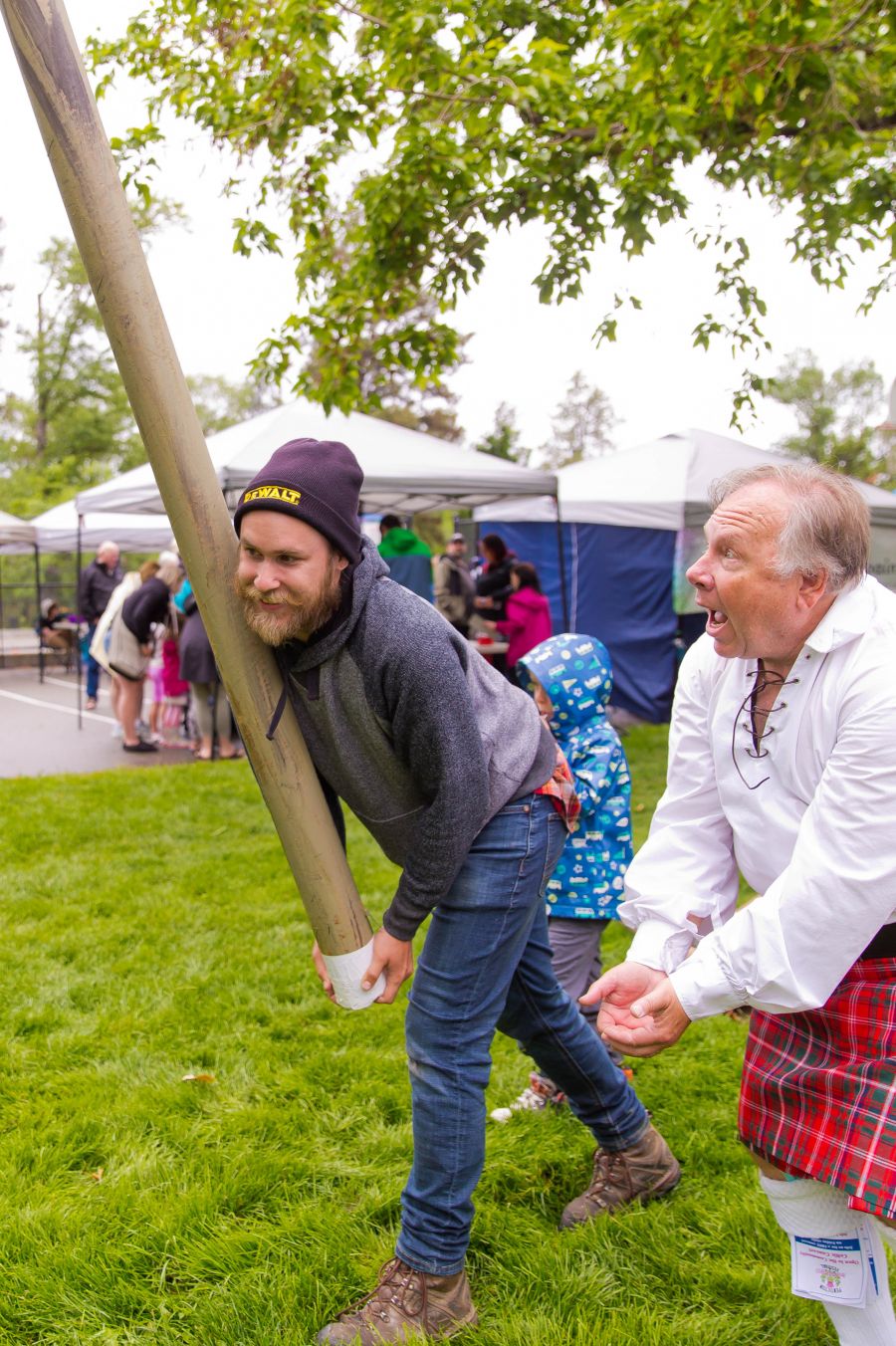 "We serve some of the most vulnerable and marginalized men in our community who otherwise couldn’t afford long-term substance abuse treatment and recovery support," said Abraham.

To learn more about the Discovery House program or to donate, head to the website here. 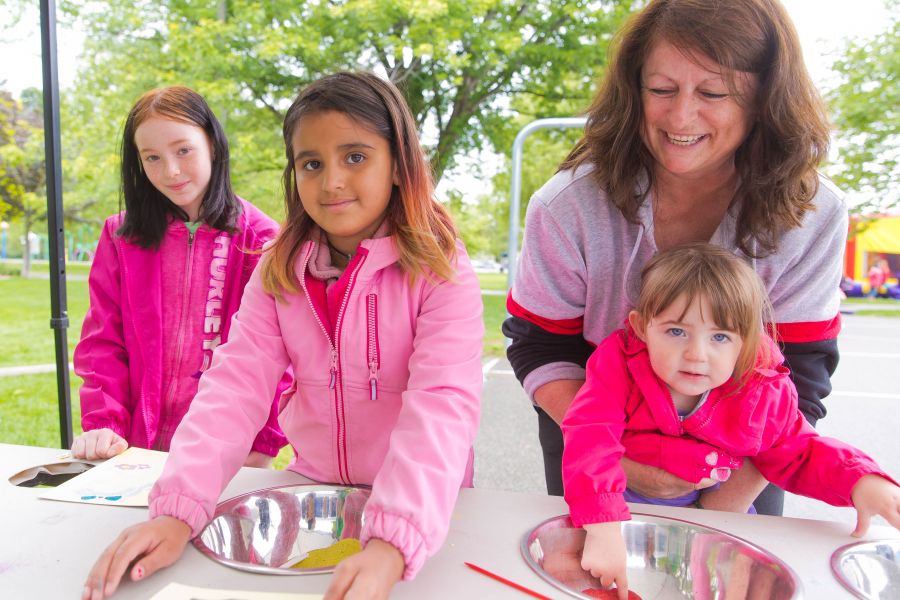 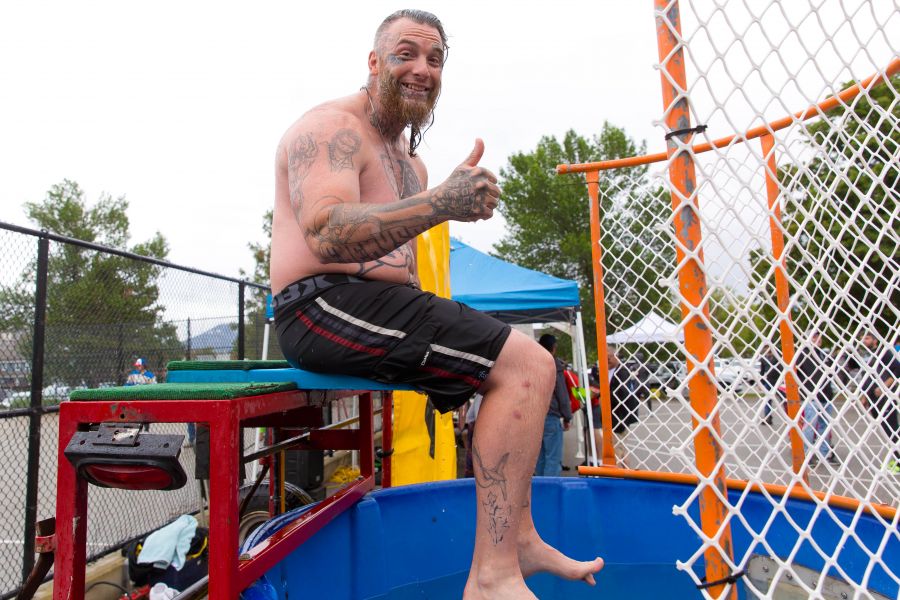 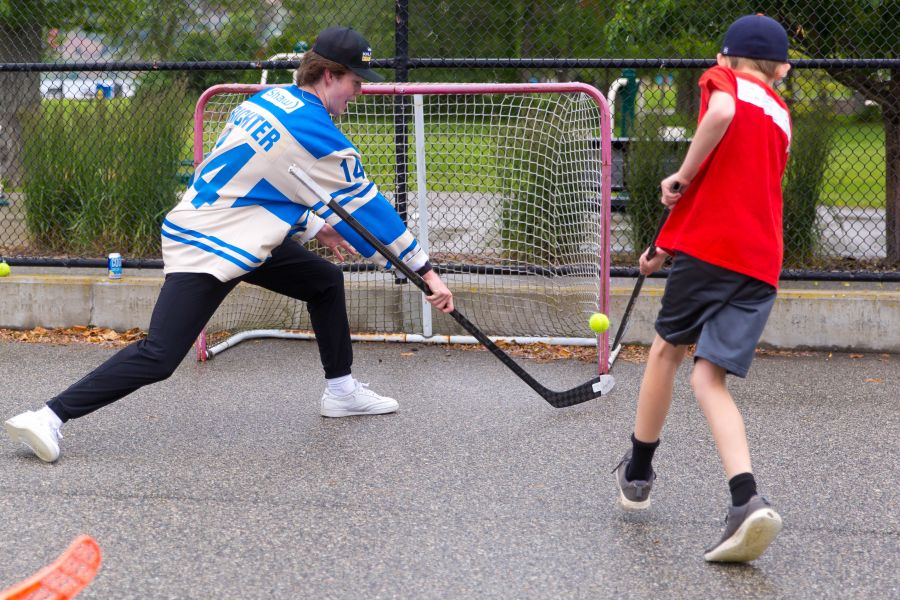 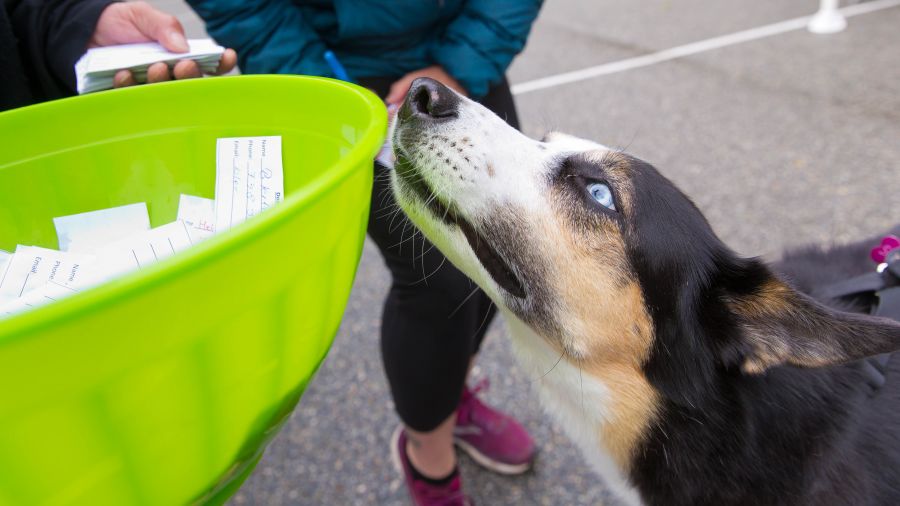