One year ago today, in the midst of an unprecedented "heat dome" that settled over southern BC during the last half of June, temperatures in the town of Lytton hit an astounding 49.6 degrees Celsius. 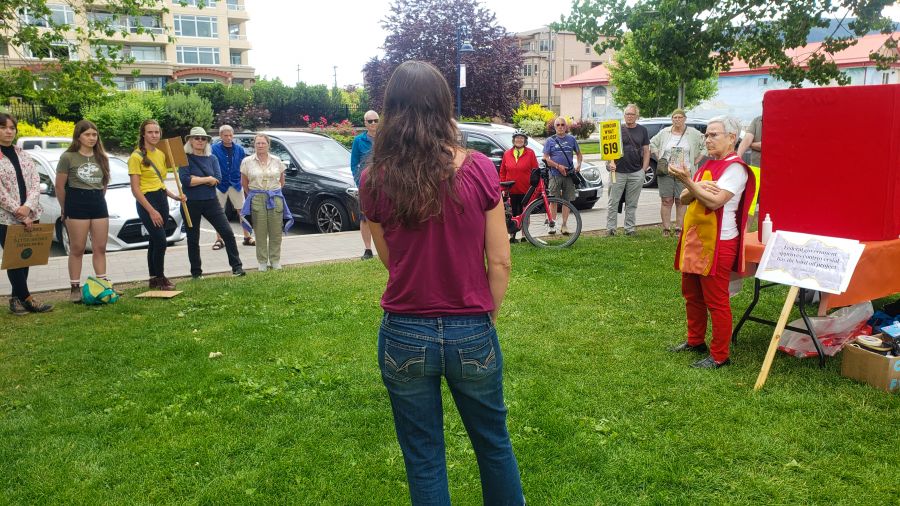 It was the third straight day of record-obliterating temperatures for the tiny Fraser Canyon community. Indeed, it was a time of all-time record temperatures across the entire province.

But for Lytton, it was also the end. Later on the 30th of June, a fast-moving blaze burned much of it to the ground. 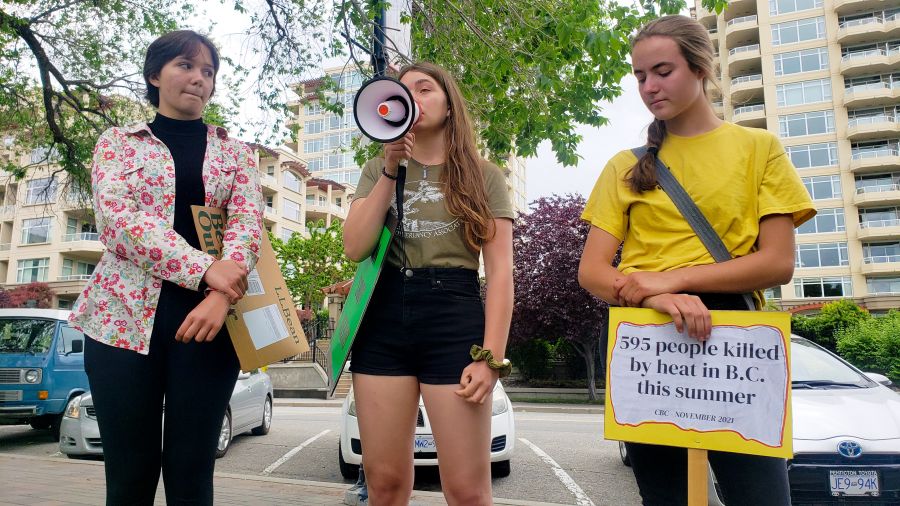 Surprisingly, only two people were killed in the fire. But that figure paled in comparison to the number of deaths attributed to the climate event province-wide -- 619. The majority were elderly and died indoors.

The memory of that intense, almost unimaginable late-June heat is likely engrained in all of us. Just stepping outside was frightening. Basic stuff like walking or gardening was virtually out of the question.

But the heat dome was just one part of a brutal spring and summer. In mid-April, PentictonNow was already writing about the unseasonably dry, unseasonably warm days of early spring. By the time winter had rolled around, BC had experienced its third worst wildfire season of all time. And you didn't have to go back far to find the years that topped it. Only in 2017 and 2018 were more hectares burned.

Wednesday afternoon a group of perhaps a couple dozen Penticton and area citizens assembled at Rotary Park on the one-year anniversary of the historic BC heat dome. They believe, as does the vast majority of the global scientific community, that climate change is real, that it's human caused, and that action is needed immediately if its already onerous impacts are ever to be snuffed or reversed.

They carried placards and they listened to folks such as MP Richard Cannings and tireless local greenie Lori Goldman. They watched as a woman named Micaela shed tears as she discussed her concern over the future.

And they chalked sidewalks. 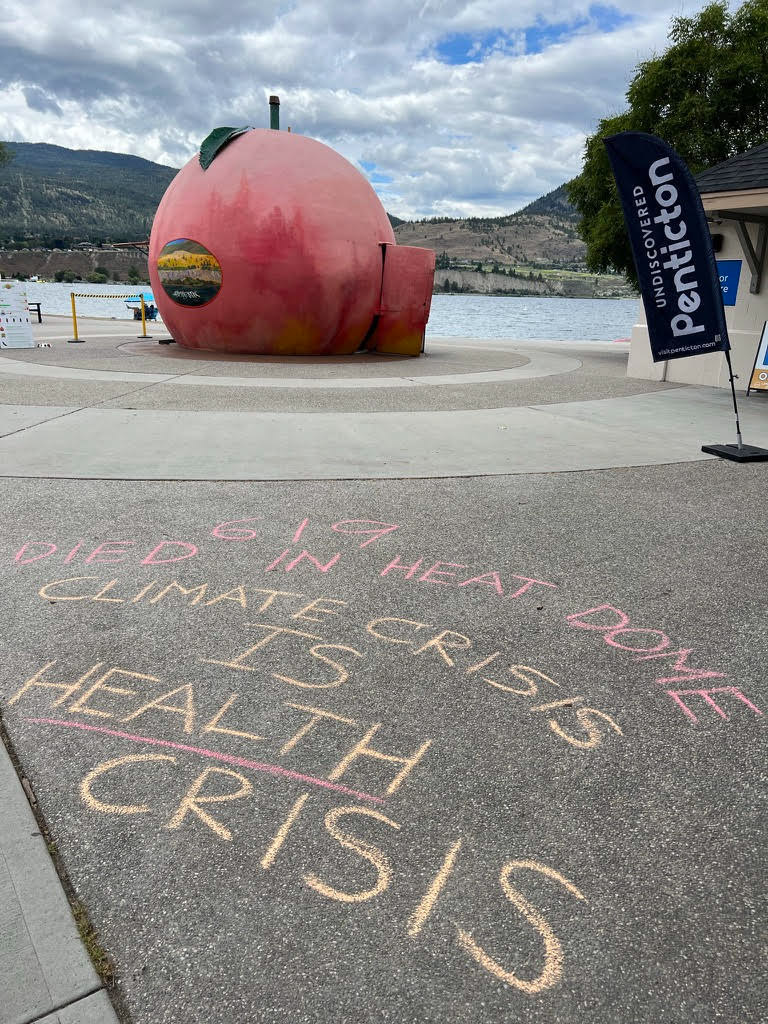 "There are over 20 cities in Canada participating today," said Goldman during the rally. "It’s called 'End Climate Delay' because our government and certainly the Trudeau government are not doing enough to end the climate delay and reduce emissions.

"Climate delay is what we’re living through where the government talks about understanding climate change, but then turns around and makes decisions that deepen the climate crisis. Last summer’s heat dome showed just how high the cost of continuing down that path can be.” 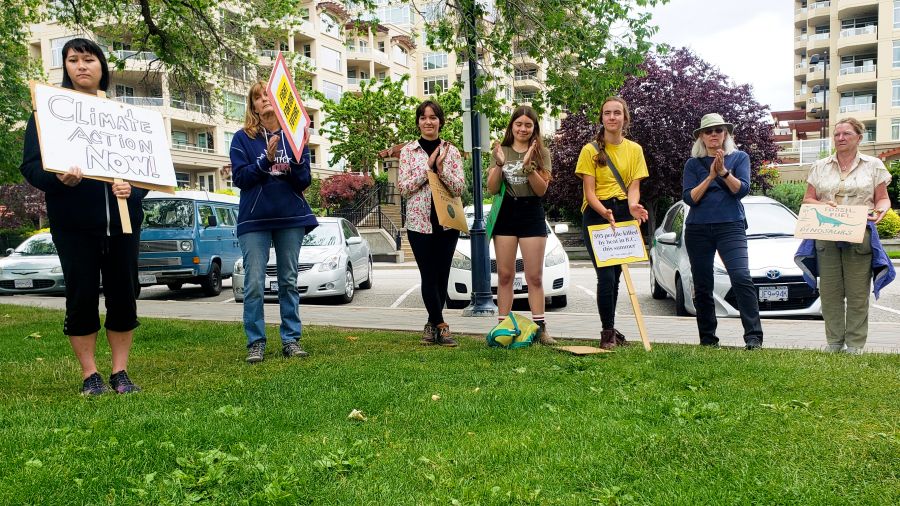 The rally, co-sponsored by First Things First Okanagan, was one of many climate change-focused events organized in and around Penticton over the past few months and years. Goldman herself has been at the helm of several.

Yet few attract more than a couple dozen people. So we asked Goldman why that is. Why, given that scientists worldwide consistently warn of the perils of climate change inaction, and given that governments worldwide continue to not live up to their words, do local protests not regularly attract hundreds? Or thousands? 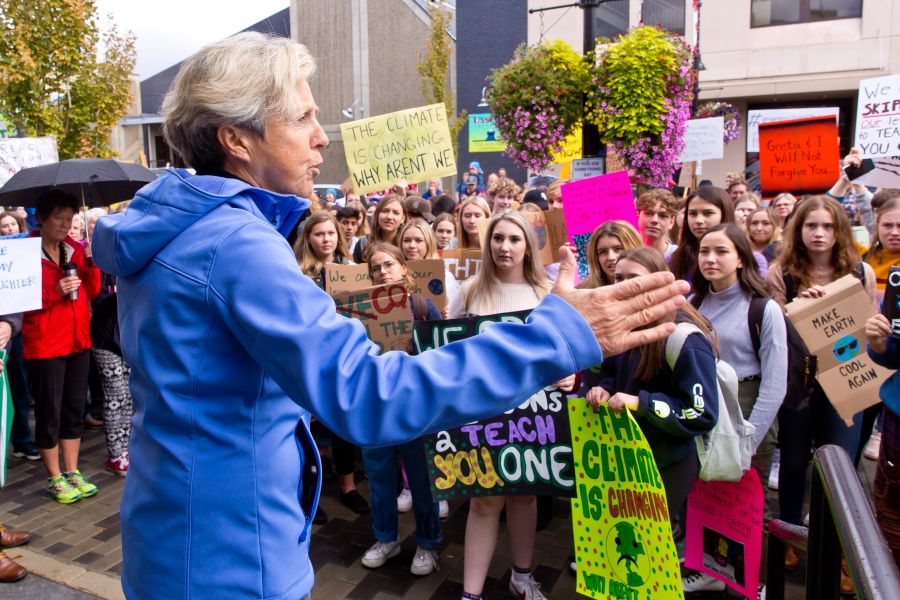 "That's a good question and really frustrating for someone like me who really cares," said Goldman.

She attributed some of it to bad timing (middle of the week workday, last day of school for many) and lack of warning/advertising, but recognized those reasons don’t always apply to other rallies with equally sparse turnouts. "There is some apathy of course, but there's despondency and a sense of hopelessness out there too," she said. "People are dealing with frustration and anxiety. There doesn’t feel like there's much they can do. It's too anxiety-inducing, so they don’t come out."

Goldman also believes people tend to disregard urgency when the issue isn't directly in front of them. 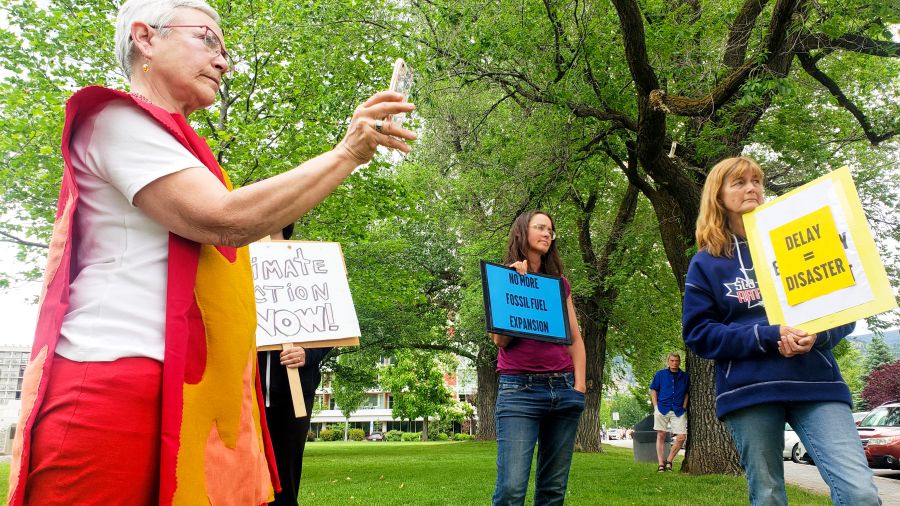 "We live in paradise and without extreme climate events right in our faces -- things like the heat dome, atmospheric rivers, wildfires, smoke, ash, drought, floods -- we continue with our lives. It's easier to not look at the challenges facing us. No one likes the discomfort of change."

But according to Goldman, public rallies are critical.

"Rallies keep the conversation going," she said. "They keep our elected representatives at all levels of government aware that that we are not giving up. That we are watching them. 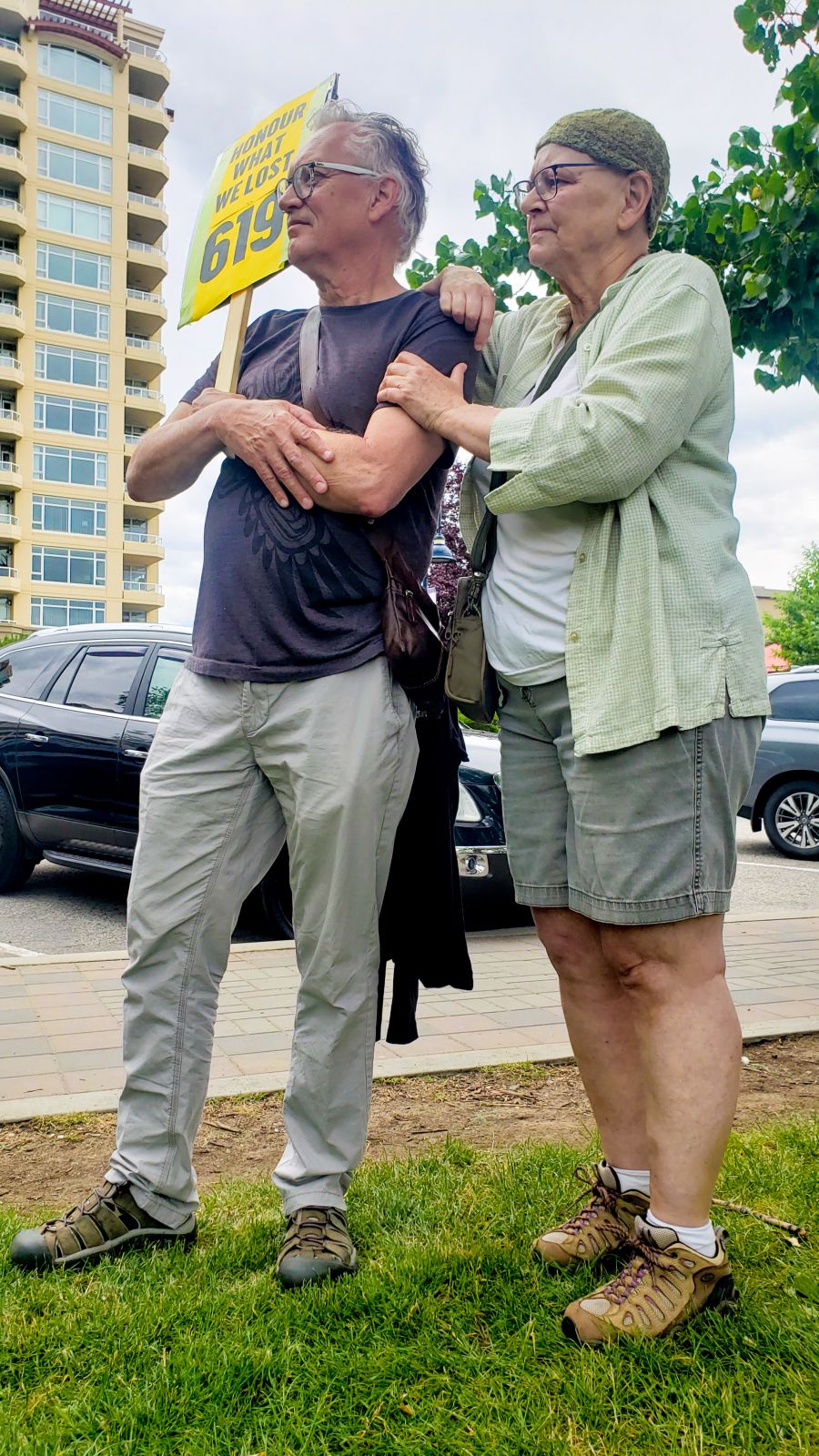 "It also helps support people like Micaela, and all of us who are dealing with anxiety, to know there are people working on this issue at so many different levels."