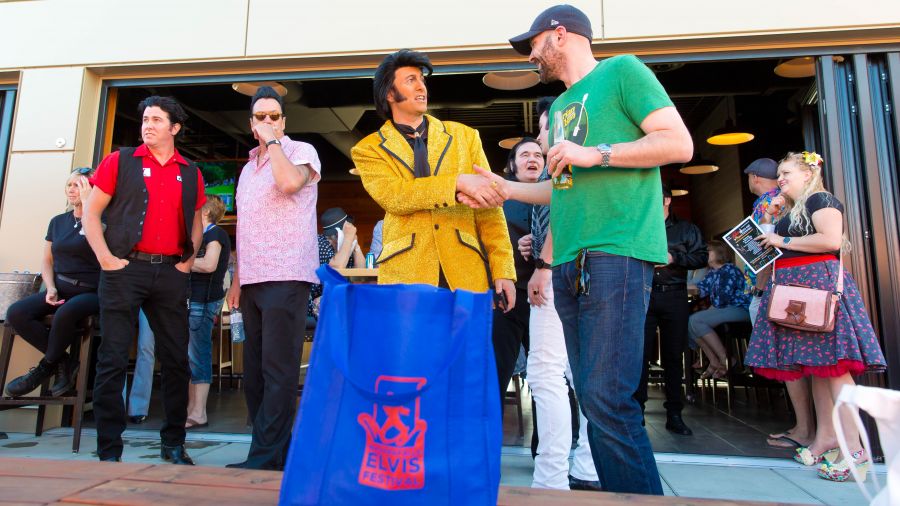 The occasion was the official pre-party of this weekend's Elvis Festival -- a chance for the incoming ETA's (Elvis tribute artists) to get their bearings, have a snack and a drink, and meet some of their adoring crowd up close and personal. 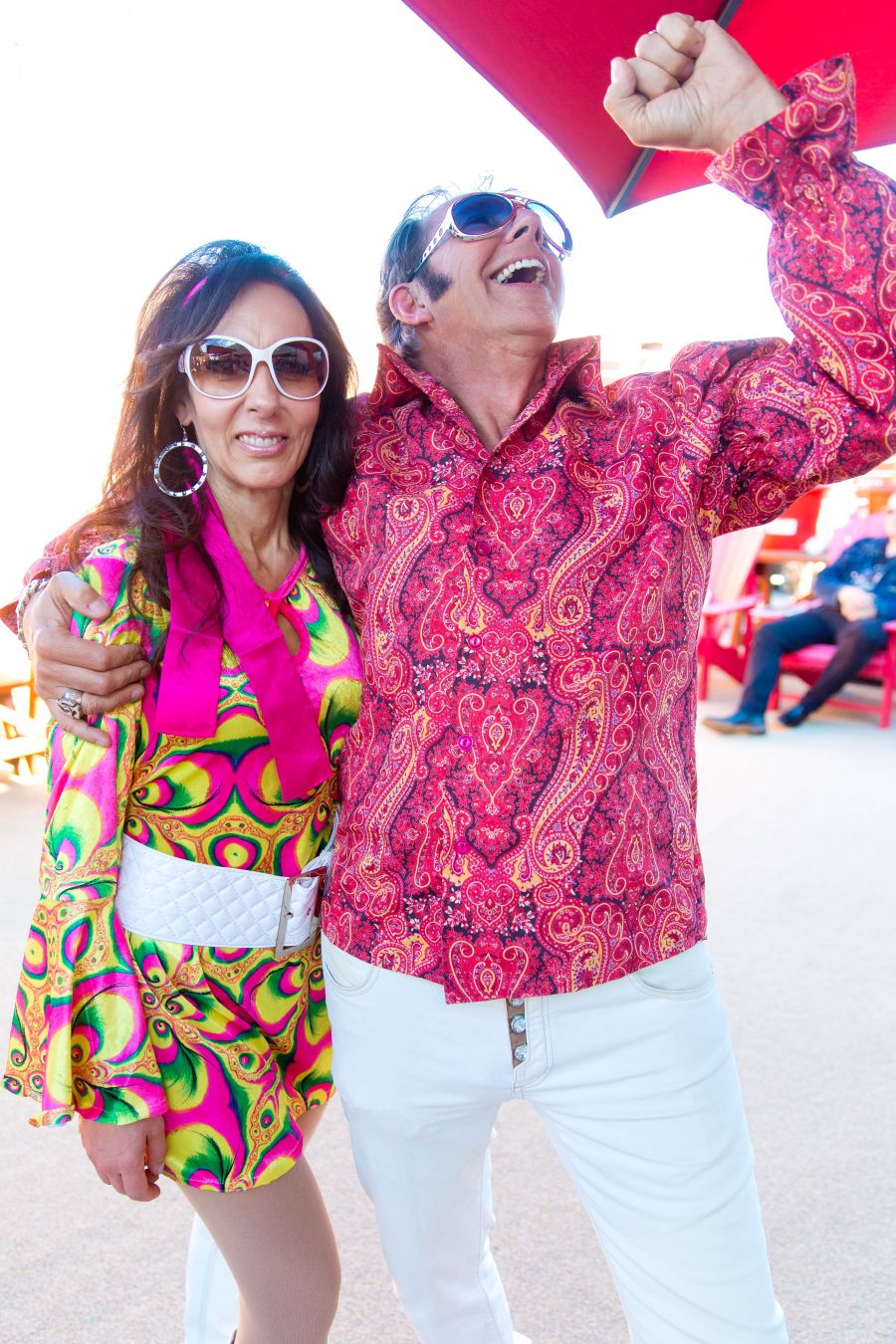 One of the Elvi was Brent Freeman of Guelph, Ontario. It was his very first time to Penticton. He arrived Tuesday.

He portrays Elvis, he said, "not professionally -- just for fun." 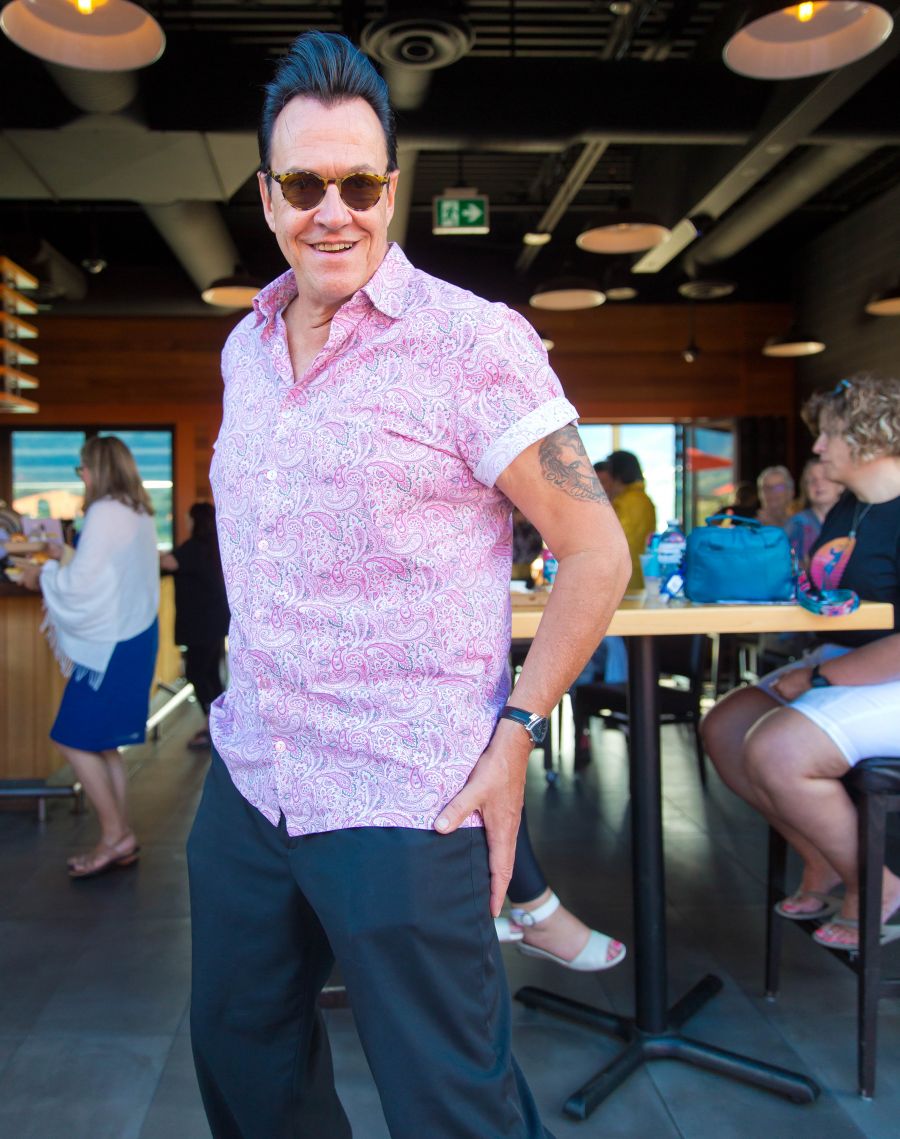 "I was at the Blue Suede Festival (an Elvis fest just north of Edmonton) the last time they had that in 2019, and there were a bunch of people there from Penticton who said it's a great time.

"And I have other Elvis friends who've been here before and they said yeah, it is a great time. So that's what I did." 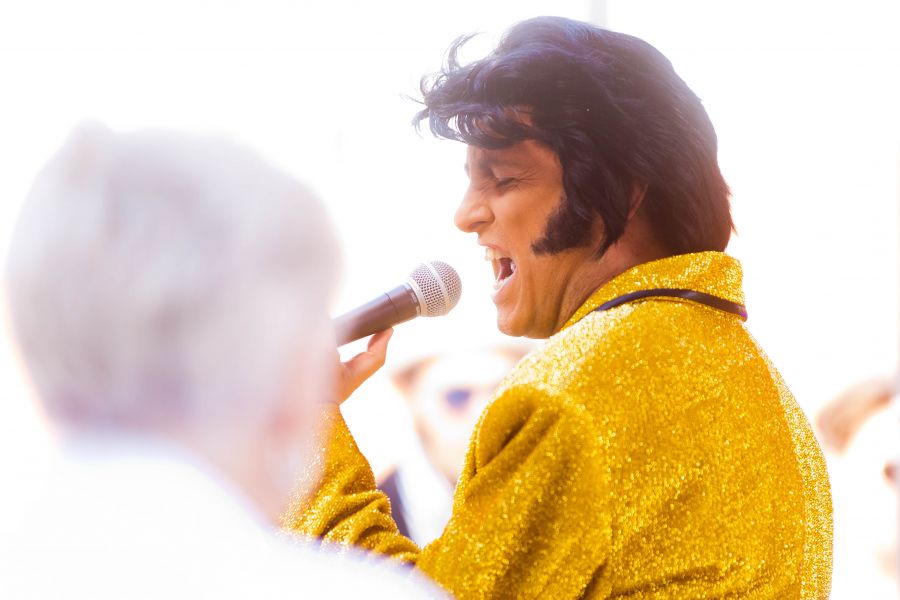 Now 55 years old, Freeman first impersonated Presley when he was a Grade 7 student. But he got into the King long before that.

"I remember seeing a commercial on TV," he said. "It was for an Elvis record. I asked my dad if we could get that album, and he said we've already got some.

"It was the sound. I really dug that early Elvis rockabilly. That slap bass. That rockabilly -- there was nothing better." 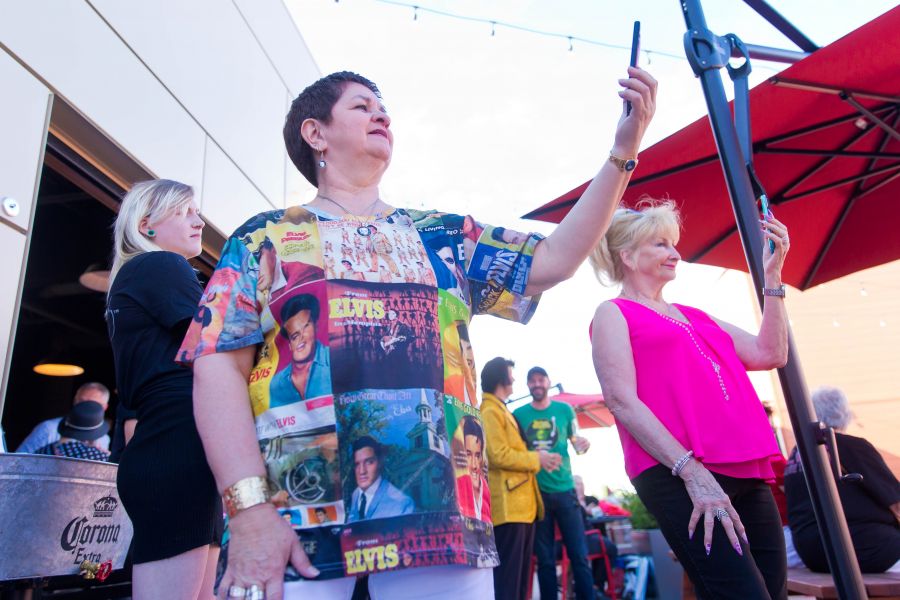 Freeman said his favourite cover is "It's Now or Never." So watch for it this weekend.

Unlike Freeman, Toronto's Bruno Nesci knows all about Penticton. As he should. He won the most recent competition here, pre-pandemic, in 2019. 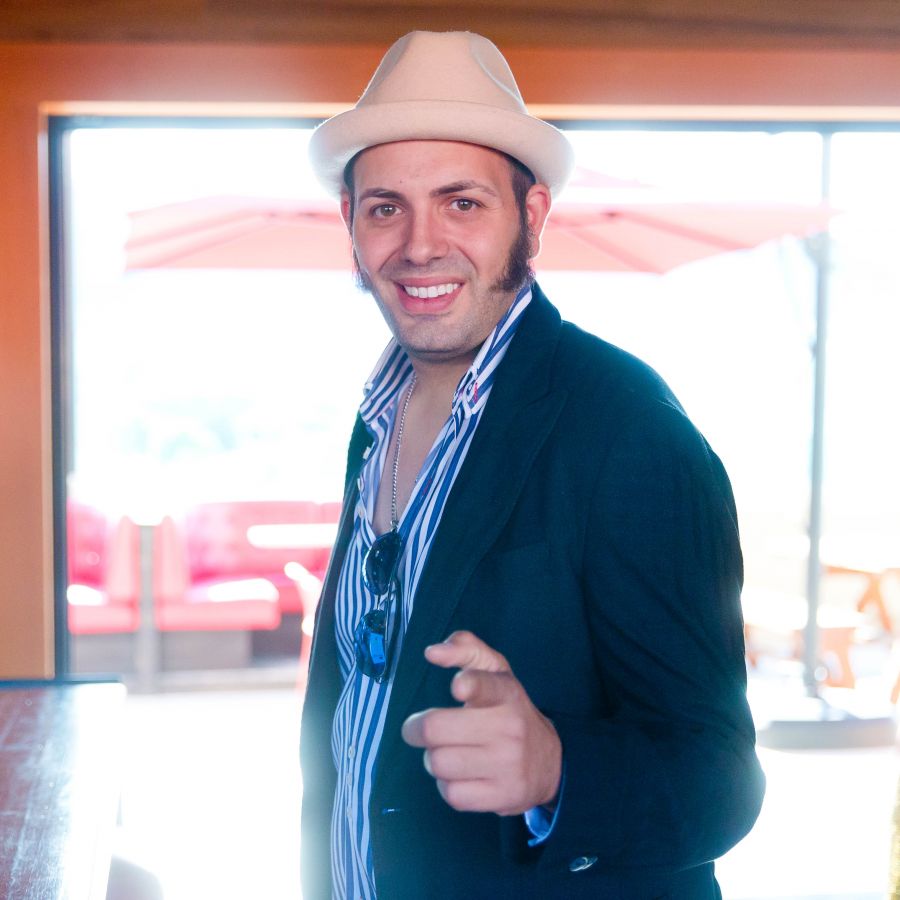 This year, he's been invited back to perform, not to compete.

"I did a show Wednesday at Slackwater Brewing," he said, "and I'll do a one-hour show Friday during the festival, then a special guest appearance during the finals." 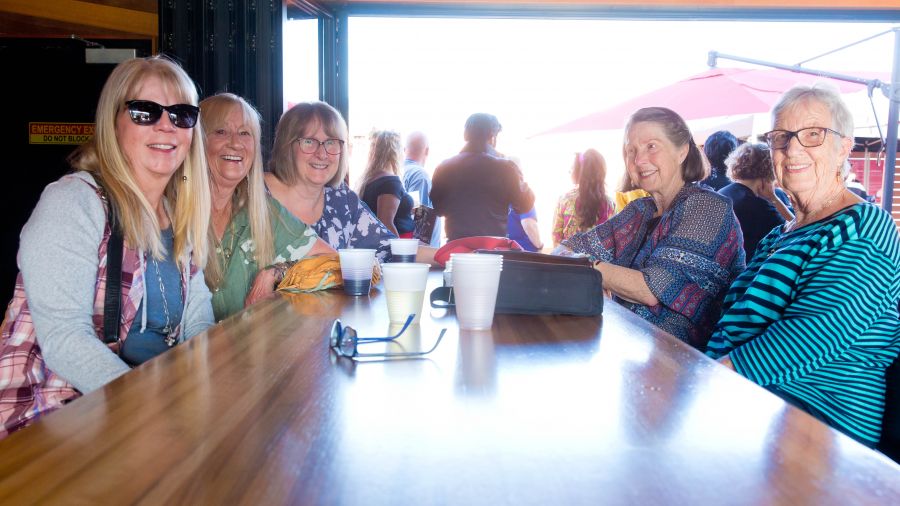 At 30 years of age, Nesci has been impersonating Elvis for 23 years.

"I just wasn't into modern music," he said. "My parents owned a restaurant in Toronto, an Italian restaurant. So I grew up with an older crowd. I grew up with older music. Dean Martin, Frank Sinatra. And it just pulled me into Elvis." 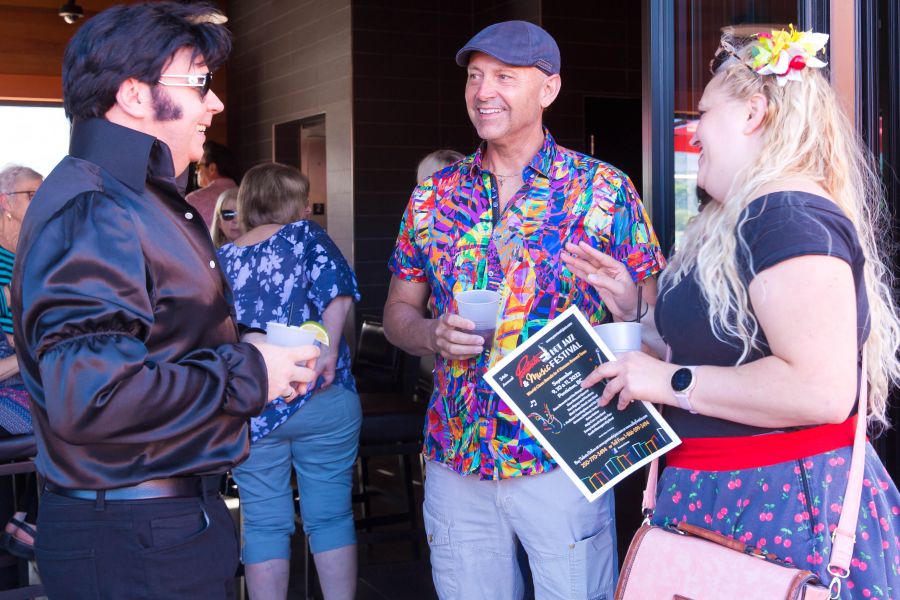 A full decade younger than Nesci is Edmonton's Jaedyn Pilon, a wonderfully mannerly kid -- as all Elvis performers seem to be -- who was born a quarter century after Presley passed away.

"I was always a big Beatles fan," he said. "and I've seen all the Beatles tribute bands, and that's what I wanted to do. I wanted to be a Beatle. Then my dad said it's easier to be one guy, like Elvis, then to find three other guys to do the Beatles with. And here I am." 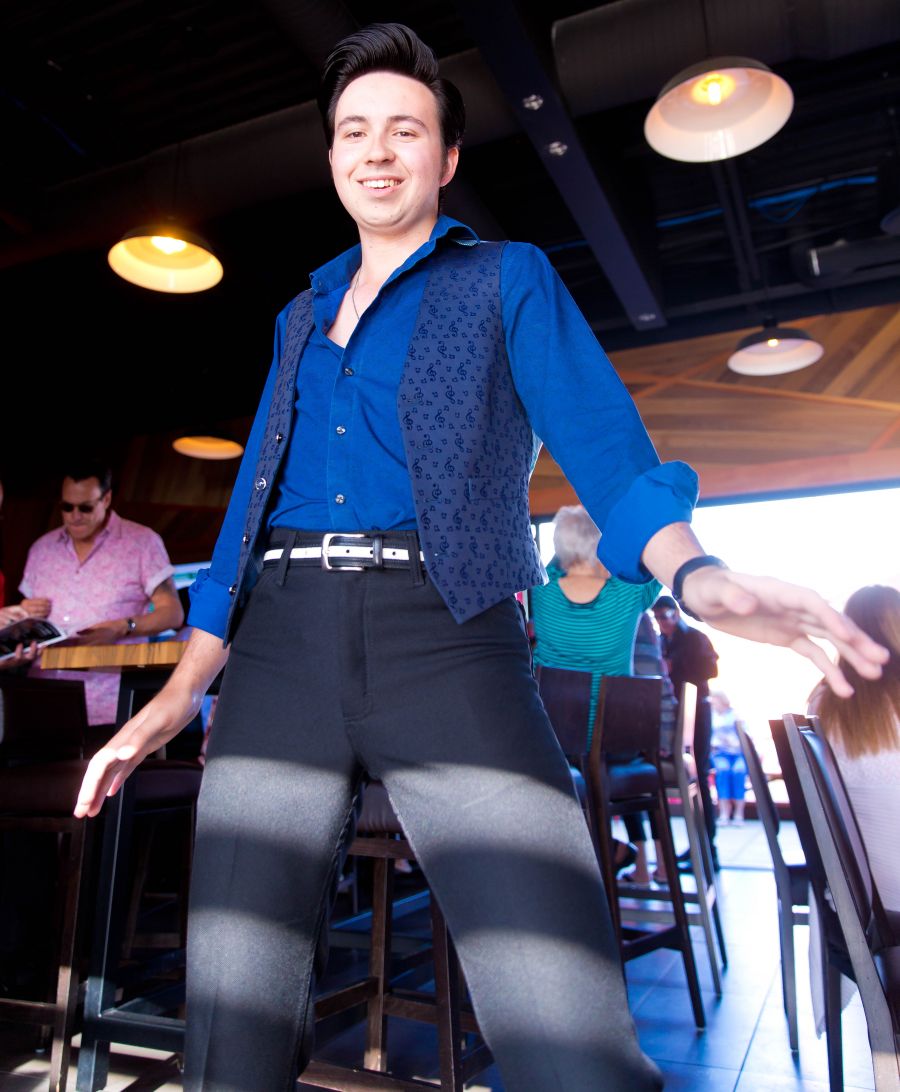 According to Pilon, he's been "singing before I could talk."

"Then I started picking up different instruments and I went with it. I play drums, guitar, piano and bass." 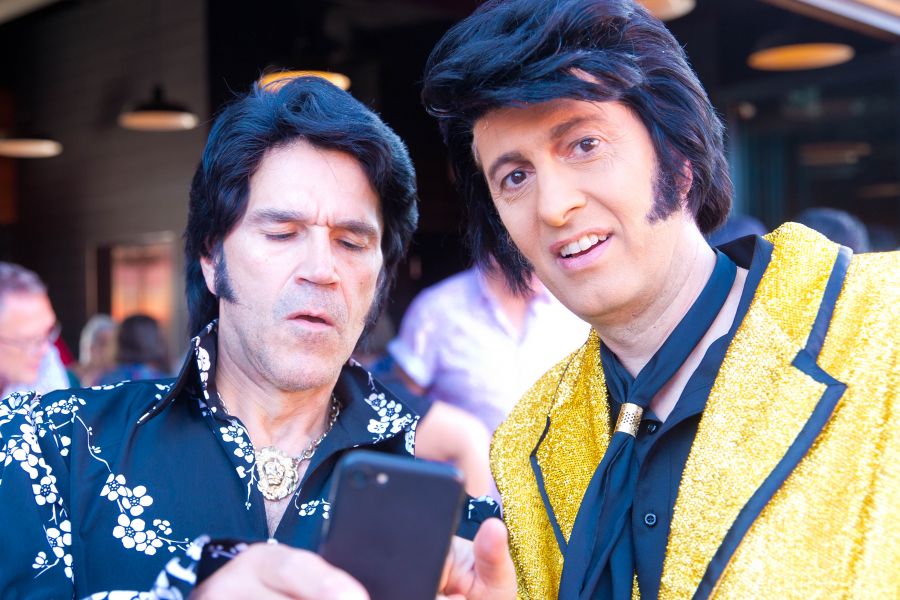 Pilon also does tributes of Buddy Holly and Johnny Cash. He's competed "all over" North America, already has a win to his name, and says this is now his profession. This will be his fourth year at the Penticton event.

With a dozen or so Elvises at the Thursday pre-party, there was sure to be a number of die-hard fans too. And one of the die-hardiest was Manson, Washington's Debbie Miller, sitting and chatting with friends she's met at previous Elvis festivals. 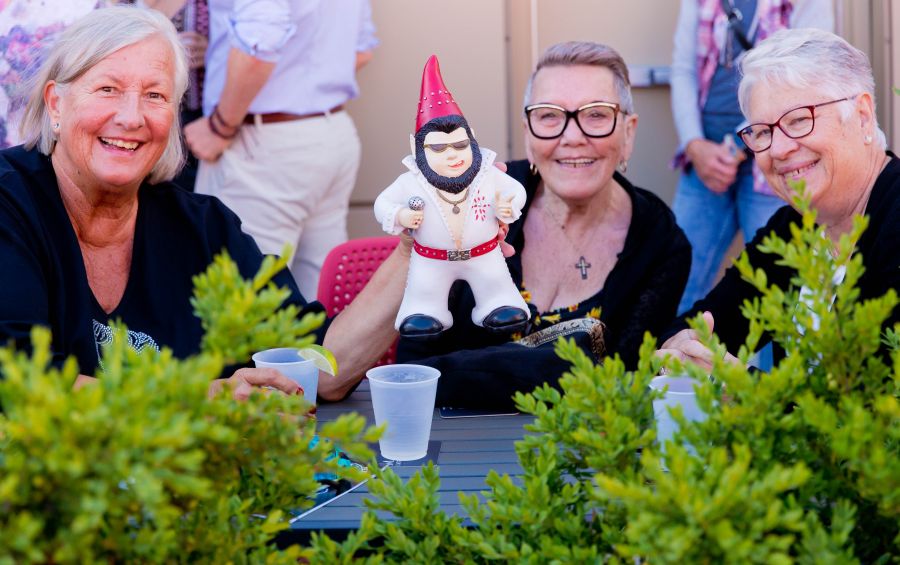 "Since I retired from Boeing, I do a lot of Elvis festivals," she laughed. "My mom was a big Elvis fan, so I grew up listening to his music. I have 157 of his record albums."

Miller gave us an Elvis fridge magnet she said she made -- one of the perks of being a reporter -- and told us she's missed the Penticton stop during its pandemic absence. 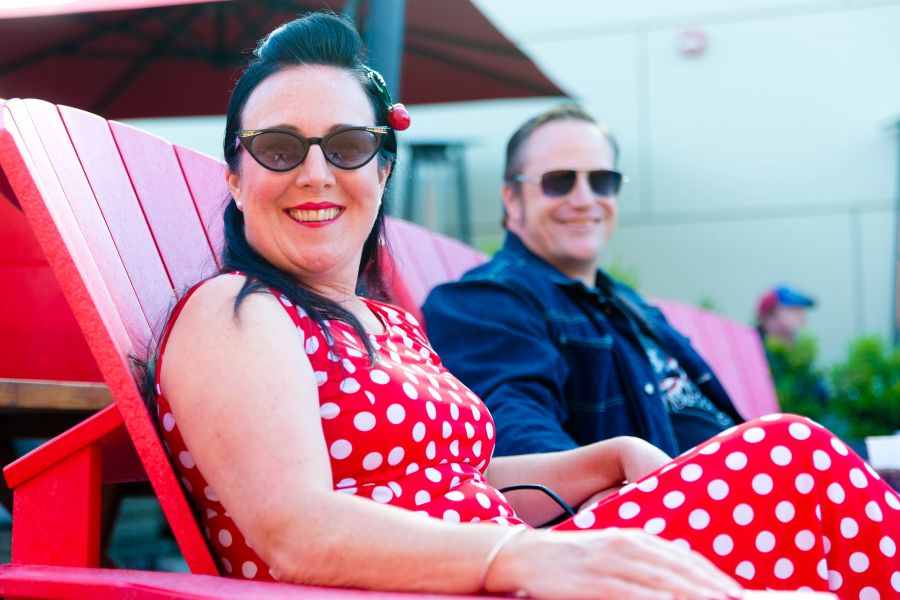 "I was here in 2019," she said. "I'm so glad to be back. This is a great festival. Everyone is so friendly. And I've met some wonderful people who've become friends. We look forward to coming back together." 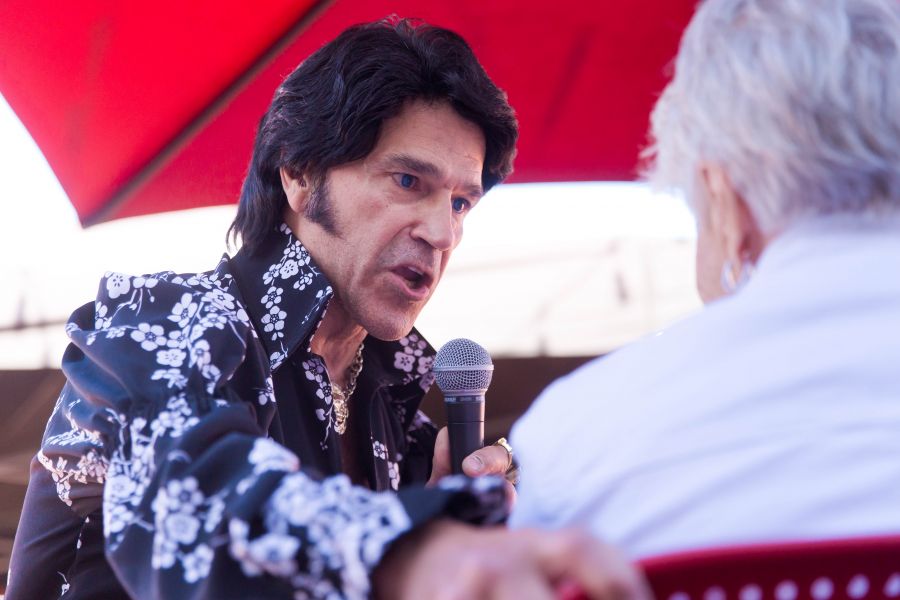 For more on the 2022 Penticton Elvis Festival, go here.