It was to debut just a few dozen hours from now, on Dec. 15th. That was the day Penticton's brand new free-to-use outdoor ice rink, comfortably wedged between city hall and Gyro Park, was set to host its first skaters during its "soft opening.". 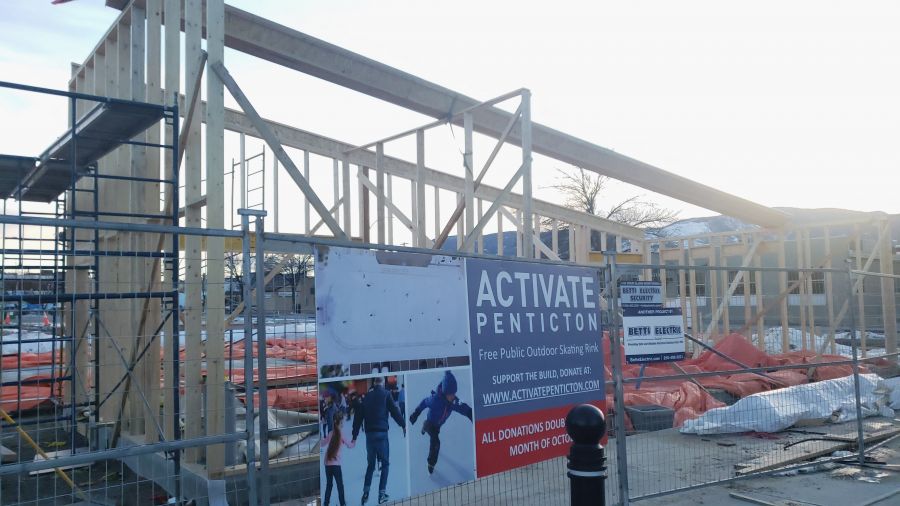 The bad news is that the facility now won’t be ready for skaters 'til January. And for that, we can blame an eastern Canadian snow storm that wreaked havoc on a key shipment of materials.

Turns out you can't fight mother nature. Who knew? 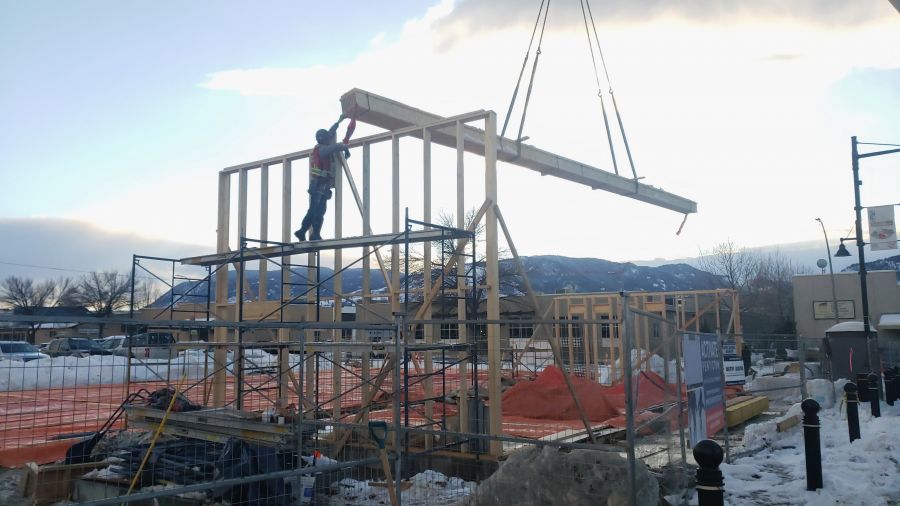 The good news, however, is that all systems remain go for the still-unnamed rink's official grand opening January 14th, when it will host three days of cool stuff in that weekend's "Save Pond Hockey" event during the BCHL 60th anniversary tournament.

Amongst other things, spectators can expect a 3-on-3 all-star game, a skills competition, an alumni game, and an appearance by a bunch of ex-NHLers. 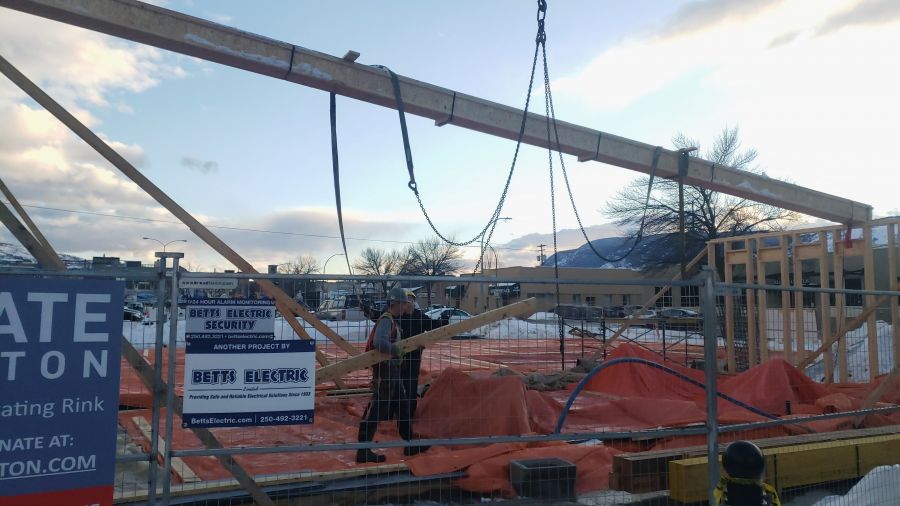 "The mid-December soft opening was based on getting material for the (concrete) pour," said Drew Barnes, president of Activate Penticton, the non-profit society that devised and is building the rink. "But it got stuck out east in a snow storm, and we fell two weeks behind on pouring the slab.

"We were supposed to do it at the end of November, and we ended up doing it last Tuesday. So we lost half a month right there."

According to Barnes, it's now full speed ahead right through to the unveiling. 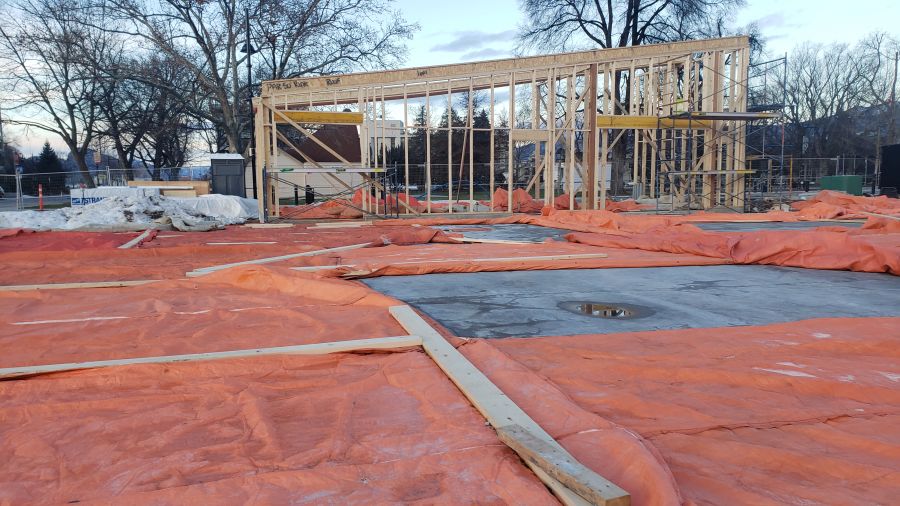 "The guys started at 9 am last Tuesday and finished at 11 pm, and we were able to put the tarps on (over the concrete) at 2 am, so that was a heck of a long day for our crew," said Barnes, who called the pour a "huge milestone."

"All the pipes are in and the concrete is poured. So now we're on crunch time to get things done for that event on the 14th. And of course now we're getting hit with no copper pipe for the chillers. 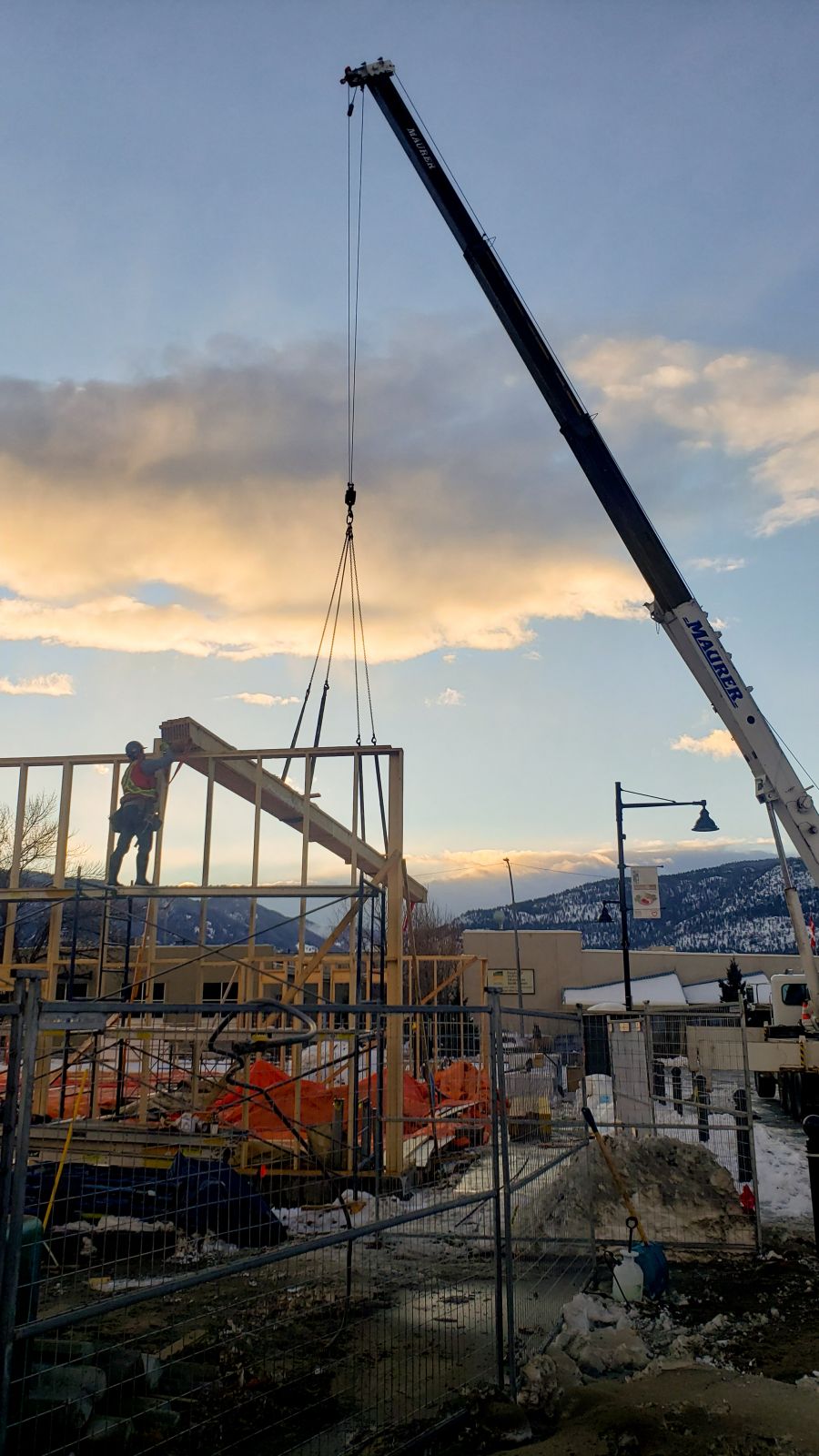 Also last week, the mega-sized roof trusses for the adjacent washroom building were lifted atop the structure by crane, an event PentictonNow captured on camera. Construction on the building has continued since then.

Donations to date have now topped the $550,000 mark, but Barnes said Activate Penticton could always use more. 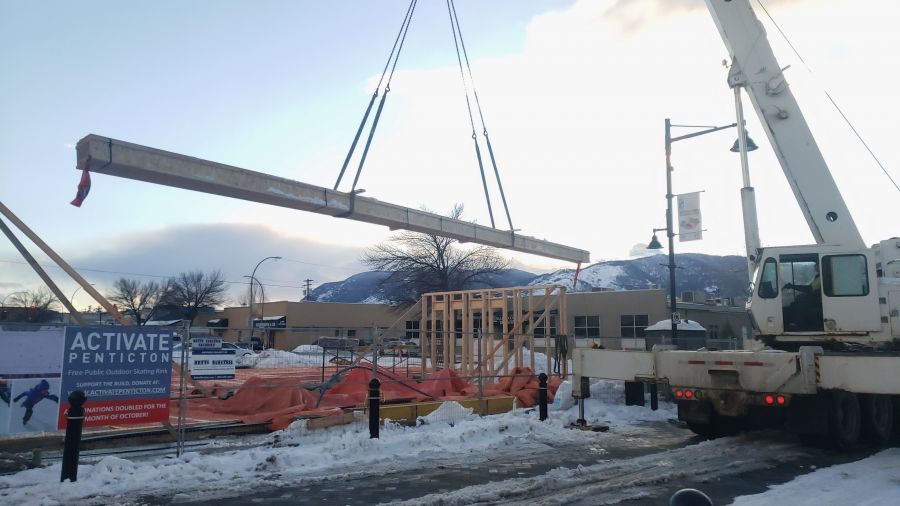 "We were hoping to raise $200,000 in the community (during the month of October)," he said, "which would then be doubled by two donors. 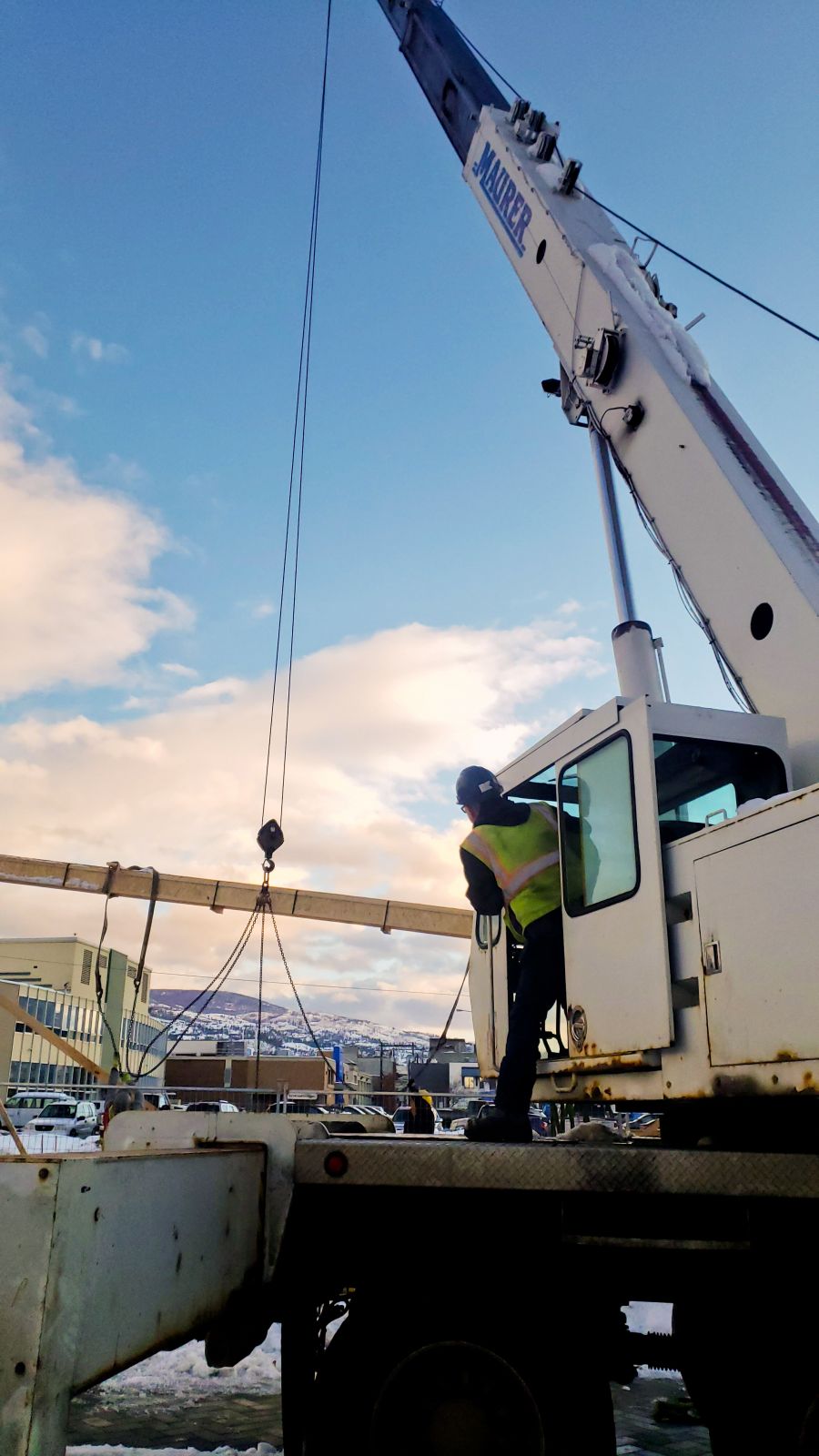 To donate to the cause, to communicate, or just for more info, head to the Activate Penticton website here.