You don’t often see a 100-ton crane in Penticton. But if you were anywhere near LocoLanding Wednesday, you certainly did. 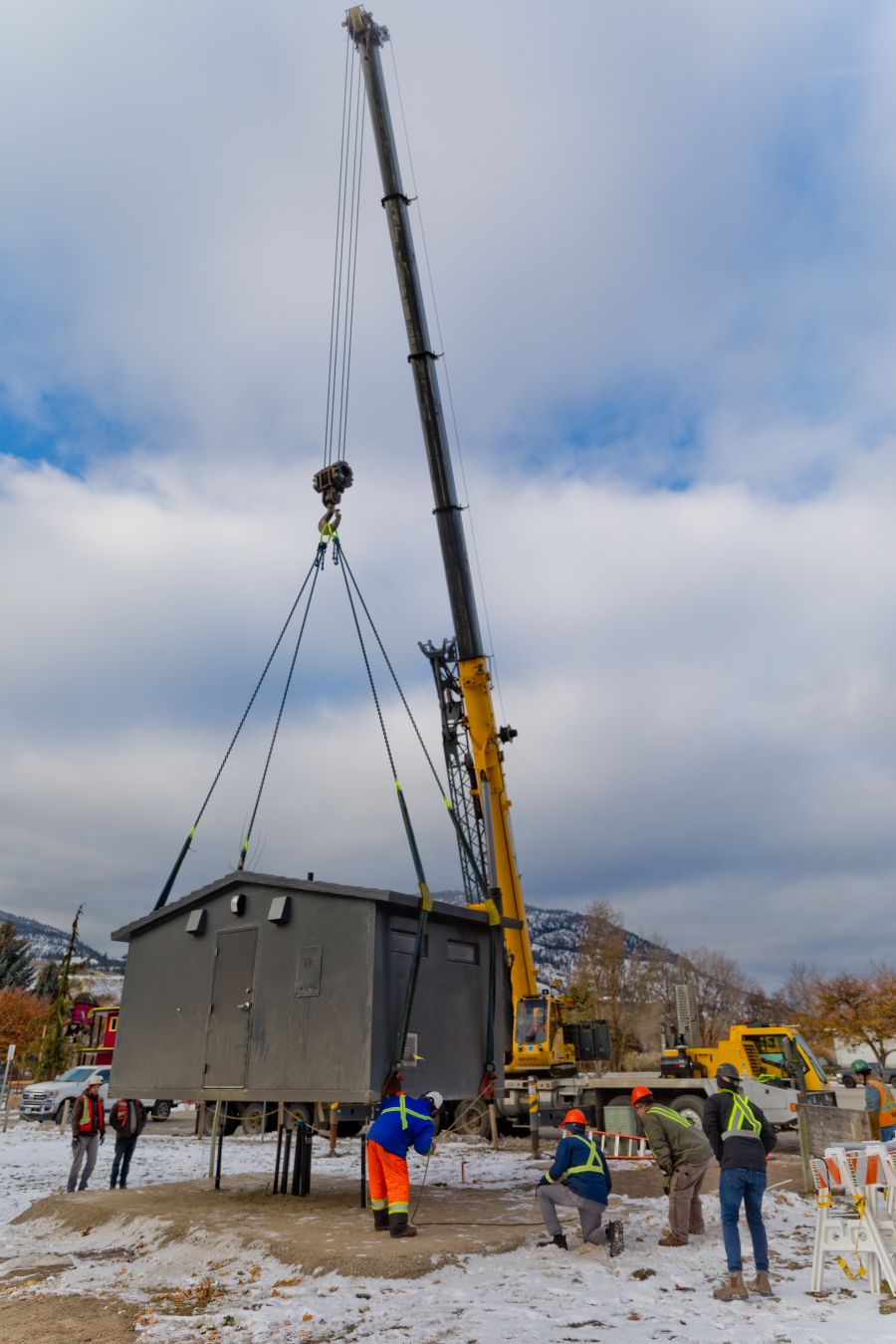 Towering over anything in the immediate vicinity, it sat there waiting for the final details on its Wednesday mission -- to lift a heavyweight 46,000-lb (20,865-kg) one-piece washroom from a particularly sturdy flatbed and deposit it on a prepared pad at the southwest corner of Riverside Drive and Churchill Avenue.

By 3 pm the deed was done and the crane and crew were headed for Penticton Safety Village to install a second identical washroom. 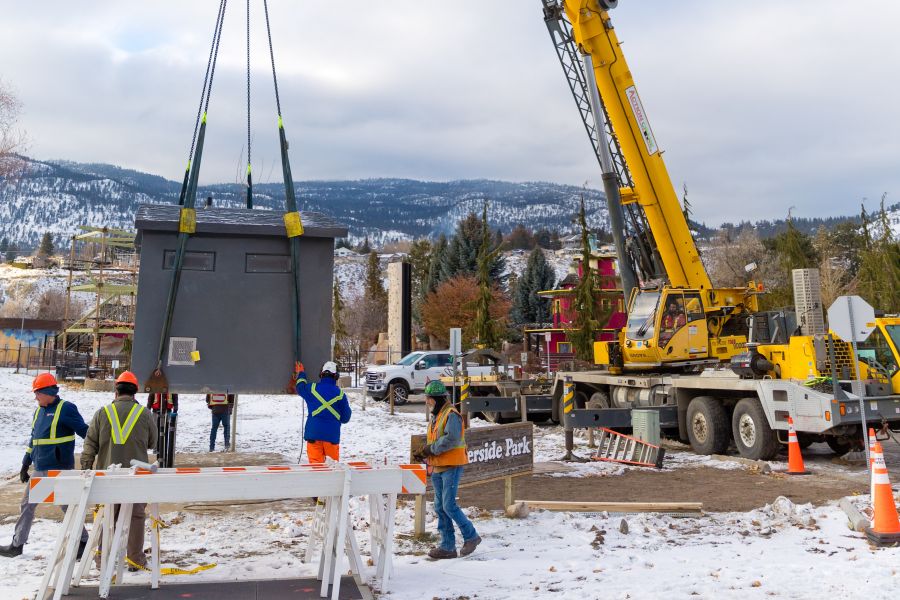 The dual installs had been planned for a long time.

The old washroom near Loco had structural and vandal issues. The one at Safety Village was torn down during a construction project. So Penticton opted to replace both with one-piece, pre-made models that could probably survive a planetary collision. 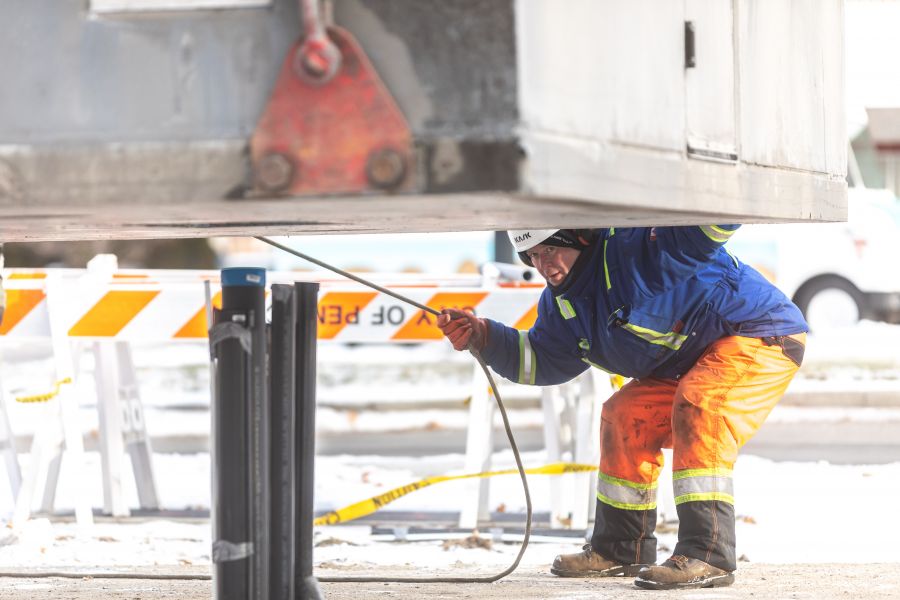 The new buildings are big and beefy and accommodate two separate toilet areas each. They're made almost completely of concrete -- walls, floors and even the roofs.

They're fully insulated and equipped with built-in heating systems for those cold winter months. And that's because, unlike most regional washrooms and certainly their predecessors, they will remain open all year long.

They feature stainless steel fixtures that City of Penticton facility manager Chris Schmidt, who watched over the process Wednesday, called "institution-grade" and "virtually vandal proof." And they have what Schmidt said are "coated electronic lock systems" that allow the City to regulate their opening and closing times.

What’s more, they'll be fully accessible by those on wheels. The stalls are larger and the aprons around the structures will be flat and paved. 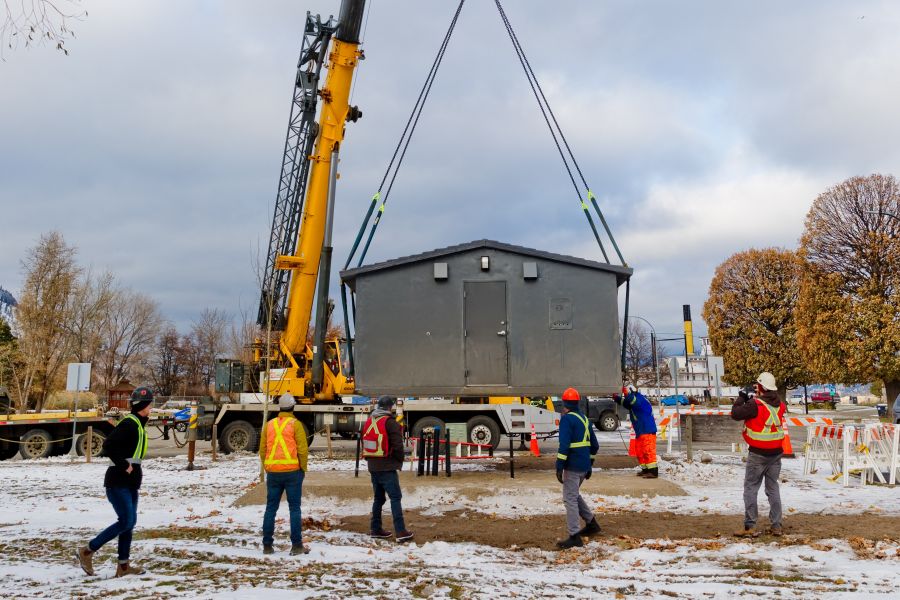 "They're solid concrete bunkers that'll last a long, long time," said Schmidt. "They’re one-piece units. You set them down and they slide right over the servicing we roughed in, and away you go." 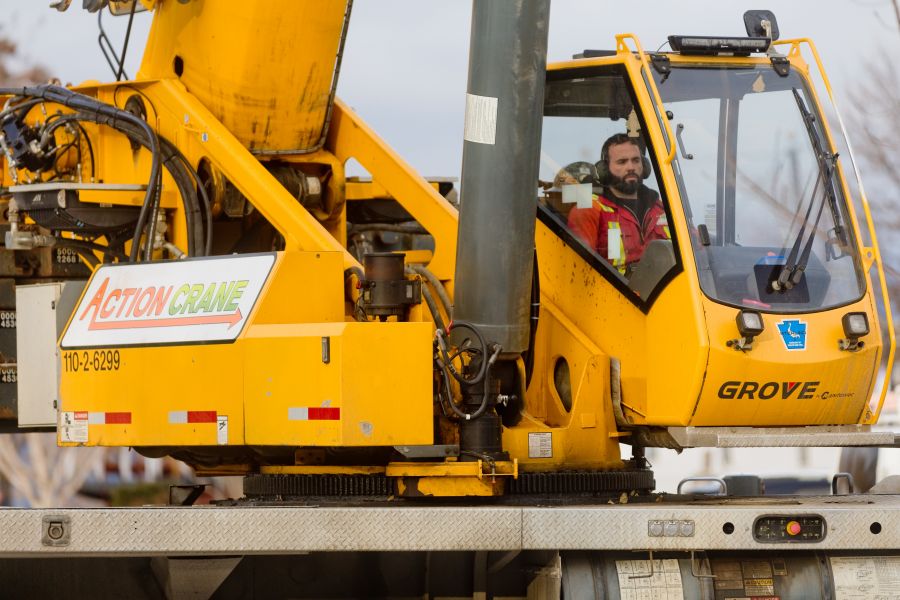 But they weren’t cheap. And they were delayed.

"They're $142,000 each," said Schmidt, "which includes delivery here from (their point of manufacture in) Idaho, but less the on-site craning charges. 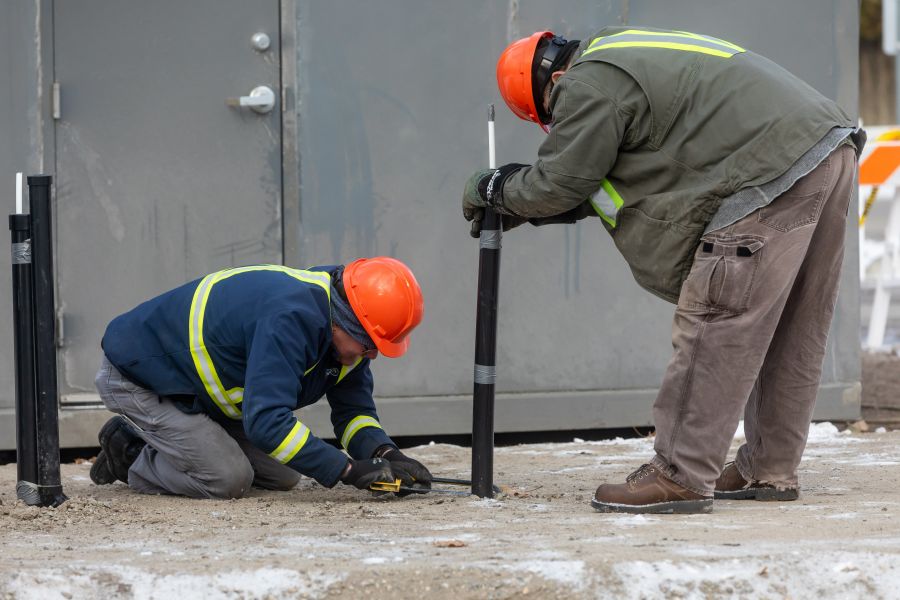 "We issued a PO and we went out for public tender through our procurement department. But steel has gone up, concrete has gone up, electrical parts have gone up, stainless steel fixtures have probably doubled.

"And there were delays. We ordered them back in March. It's the typical supply chain issues. The electrical panels still aren't here."

The good news on the money side, according to City senior communication officer Shane Mills, is that the federal government covered a big chunk. 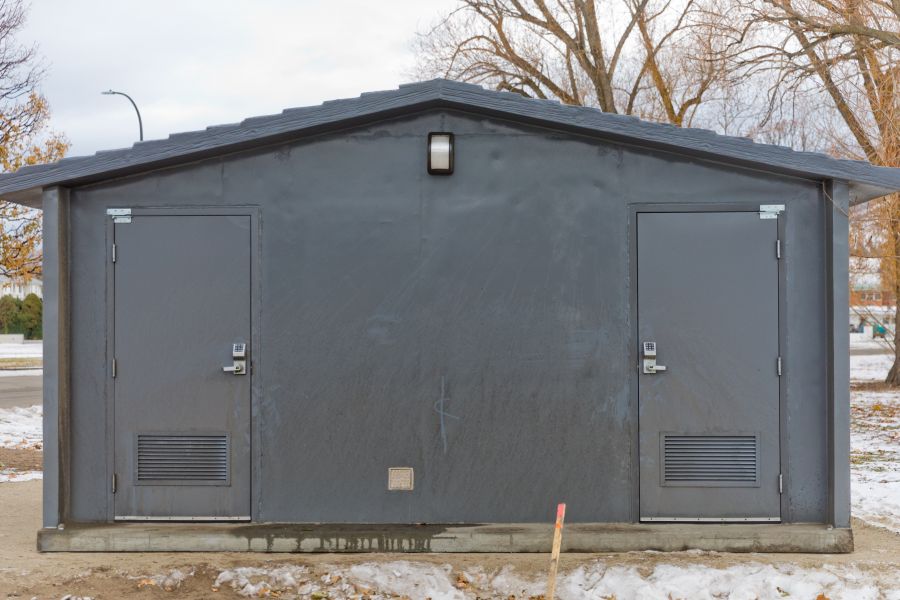 "They're providing $200,000 toward the two of them," he said. "They had programs for providing support for revitalization and for tourism relief and accessibility. We applied for money and we got money."

"There's been a lot of interest from walkers and whoever to have a bathroom here year 'round," said Schmidt of the LocoLanding washroom, in a different, more visible spot than the previous. "We substituted porta-potties for a while, but they got to the point where they were getting vandalized so bad that we couldn’t continue." 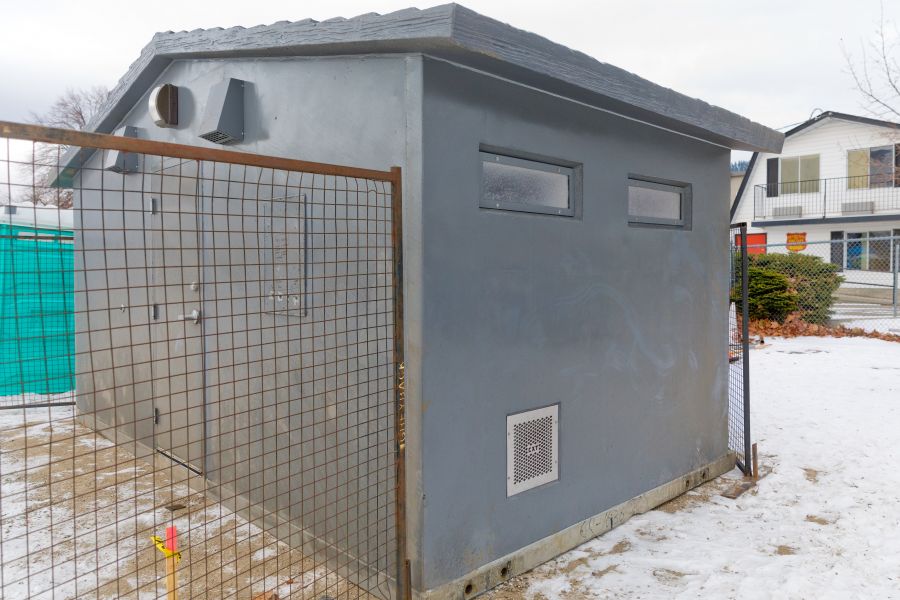 Schmidt and crew believe the new units will be impervious to vandalism and weather events and just about anything else for a very long time. And as for their current appearance, which isn’t exactly picturesque, Schmidt preached patience.

"We've already received a few comments regarding it being an ugly colour and that sort of thing," he said. "But the plan is in the spring we'll work with a local artist or company to wrap the buildings.

"Maybe a winery picture, maybe a lake picture, we’re not sure yet. I'm assuming it'll end up looking like our traffic boxes."