'I knew I was going to die': Okanagan paddle boarder describes moment he nearly drowned in strong waves

A man who came terrifyingly close to drowning after he was knocked off his paddle board by strong waves has praised the 18-year-old “hero” that risked her life to save him.

Aaron Platz, 38, was hurled into Okanagan Lake during windy weather while about 70 metres from Beach Avenue along the Peachland shore on Saturday afternoon.

After desperately struggling – and failing – to stay above water, he was rescued by a lifeguard at just the point that he “knew” he was going to die.

Platz, describing the effect the experience had on him yesterday, said: “I am not the same person I was when I woke up this morning.” 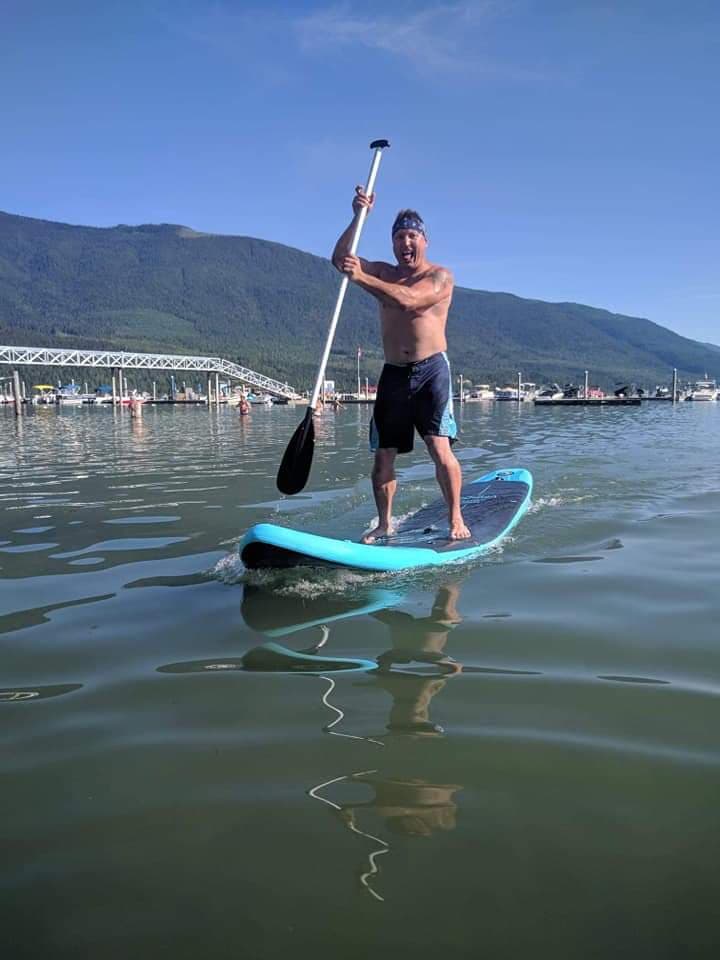 He also blamed himself for what happened, explaining that he made three fundamental mistakes.

The first, he said, was having two drinks while preparing his gear.

And third was not taking a life jacket.

He said he became overconfident despite the waves because he had fallen a few times but got back on his paddle board.

But when he turned to face the shore, a large wave “took [him] out”.

“I surfaced just in time to see the next wave take my board from 6 inches from me to 6 feet in 1 second,” he explained.

“I thrust my paddle to try to snag my board but I only barely stopped it when the next wave moved it again.

“I never saw it again after that. Immediately I knew I was in serious trouble I rolled onto my back and as I drew breath the first wave filled my mouth with water.”

Platz said that when he kicked his legs, it simply pulled him further underwater.

He then tried to get his sandals off, but only managed to remove one.

“It seems like every time I cleared my mouth of water, coughing and trying to take another breath the next wave replaced all that water again,” he said.

“I couldn't even scream for help. In between the shore and me is a floating adventure park for kids, I knew no one could see me.”

He added: “I was swimming and kicking my legs trying to stay above the water by keeping my lungs as full as I could while not being able to get breath.”

At this point, running out energy “very fast,” Platz said he realized “this was how I was going to die”.

He thought about God, he said, but he did not pray for help.

Then when he thought about his son, Daniel, his heart “shattered”.

“I sent out a wail of despair,” he explained.

“Pain like I have never imagined filled every piece of my shattered heart. I screamed, ‘I won’t leave you!’

“I fought to stay and pulled from reserves of energy unknown where they came from.”

He renewed his struggle to make it back to shore but, when he turned his head around to see if he had got there after using all his energy, he was not even “remotely” close.

“I knew I was going to die,” he explained.

But at that moment, he heard a woman’s voice saying, “I got you – hold on”.

It was the lifeguard, Ali, who pushed a life jacket under Platz’s arm and started to pull him back to shore.

“She was struggling with the waves, the life jacket was not enough,” he said, explaining that he weighs about 210lbs while Ali is closer to 130lbs. 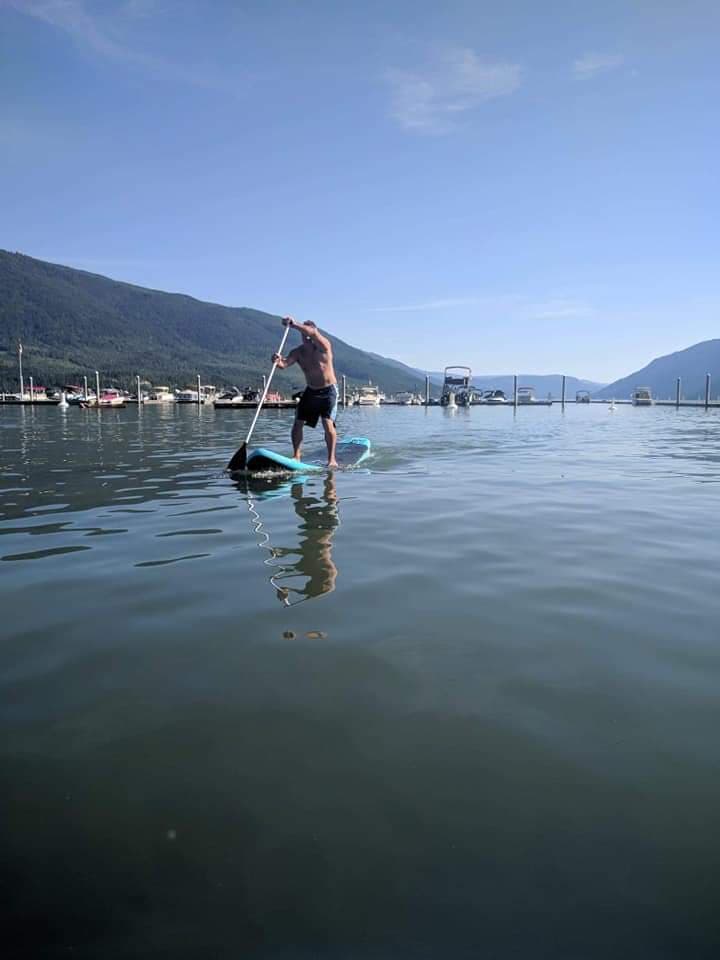 “I was pulling us both down. She wouldn't let go.

“Suddenly something big hit me, I was able to open my eyes for a split second, a Zodiac was next to me with a hand hold, I surged and lifted my right hand out of the water and under the handle closing my fist. That was the last movement I made.”

Platz said he was then treated by medics in an ambulance – but still couldn’t catch his breath even an hour later.

He kept passing out from exhaustion “many times every minute,” he added, explaining that he went out a total of about 50 times.

On Sunday, he was given the chance to thank his saviour in person.

“I owe her much more than that. She definitely saved my life."

The two hugged each other. Platz said he “could barely talk”.

“It renews my hope in humanity,” he explained, adding that Ali told him she thinks the two will be in each other’s lives for a long time.

Platz also emphasized how dangerous being on the water can be – and how important it is to be as safe as possible.

He said he is a very fit, very hardworking electrician and a strong, confident swimmer – and yet he nearly drowned in the space of a couple of minutes.

“I will never go out without a life jacket again,” he said. “I’ll never wear shoes on the water again.”

He added: “When you’re sinking down in the water, the last thing you think is, ‘Damn, I should have worn that life jacket.’