That is the burning question as a 16,658-square-foot mansion in Coldstream, listed for sale for $13 million for over a year, goes to no-reserve auction next month.

No reserve means there is no set, no minimum and no expected opening bid.

Essentially, it's a roll of the dice.

Someone could score a deal and buy the house for millions less.

Or, the auction could prompt a global bidding war and the private family estate could sell for more than $13 million. 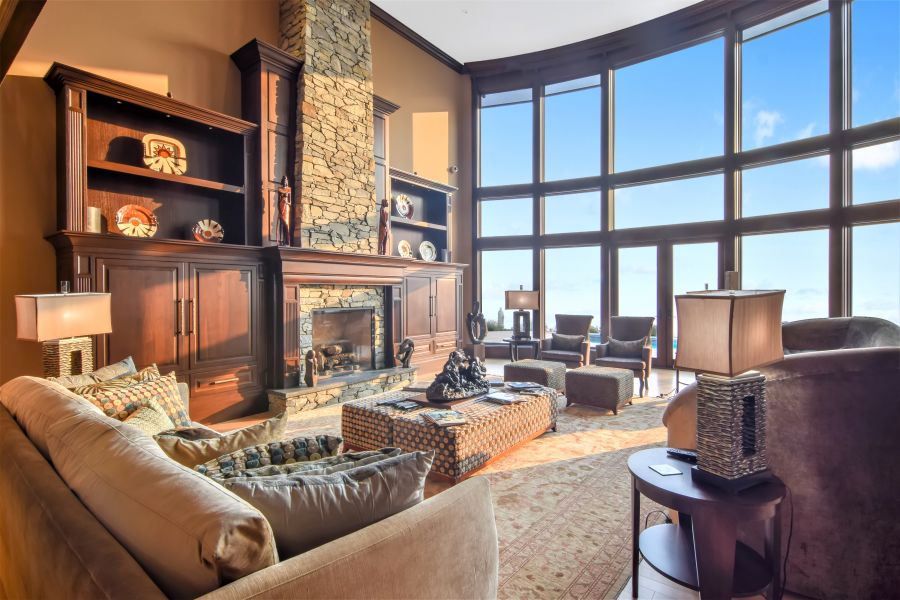 Even if you aren't in the market for a house, and don't have a pile of cash, it's always fun to have a looky-loo at phenomenal homes.

This five-bedroom, 10-bathroom showpiece has been listed for sale for $13 million by Engel & Volkers Okanagan for 15 months, which is basically the entire duration of COVID.

While, counterintuitively, the pandemic has heated the real estate market up, it is still rarified air for property priced $10-million-plus.
Such properties don't sell quickly because there simply aren't a lot of people with that kind of money.

Therefore, an option to sell an extraordinary home in a week is auction. 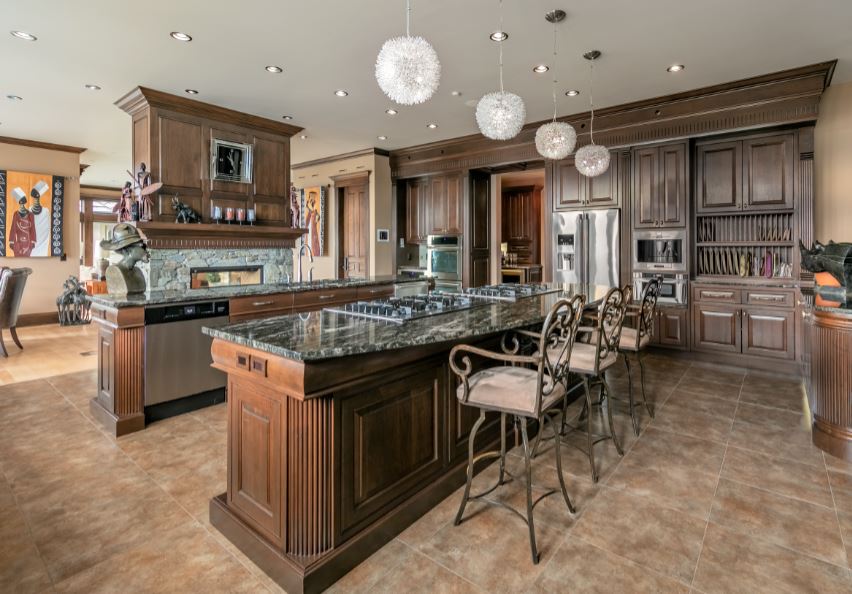 Auction at ConciergeAuctions.com allows anyone anywhere in the world to bid digitally, giving the property the widest possible market.

As such, the buyer could be someone loaded from the Okanagan, a Hollywood titan, a global industrialist or a tech entrepreneur. 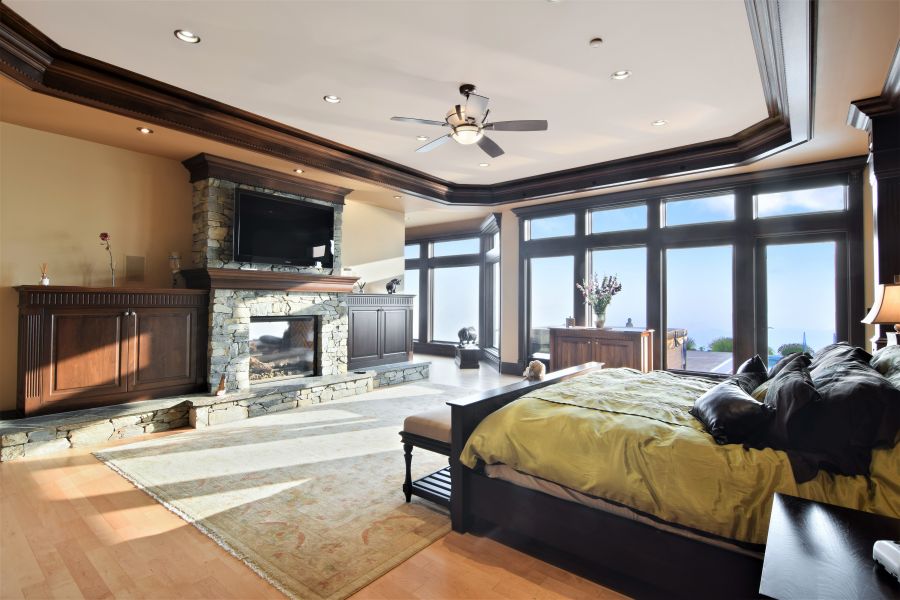 Coldstream is the rural area south of Vernon at the northern tip of Kalamalka Lake.

The estate going to auction is located at 133 Ravine Drive, perched high above Kalamalka for spectacular views. 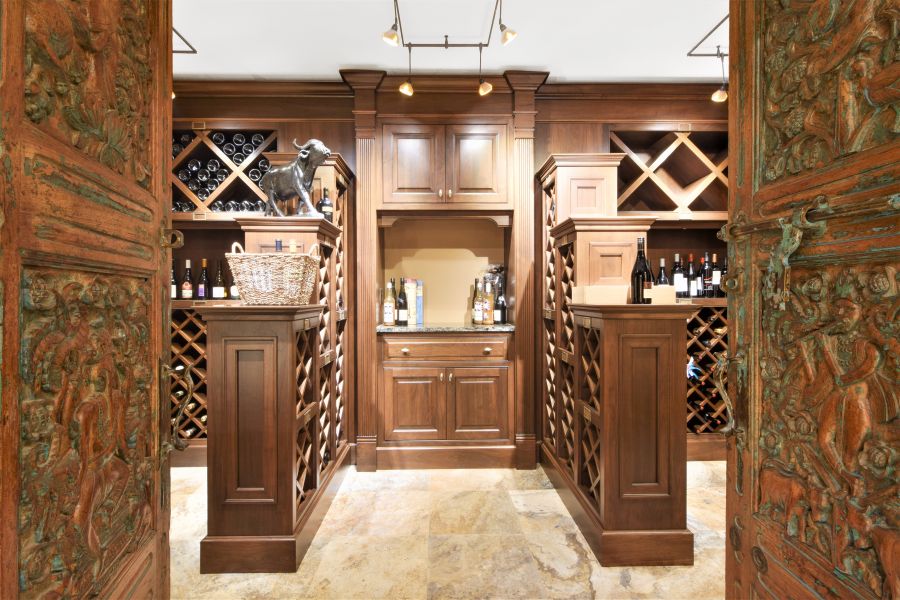 It's loaded with high-end architecture, fixtures, fittings and features.

For instance, there's an outdoor pool, outdoor kitchen and an array of patios and decks.

Antique palace doors from India provide entry in and out of the house and between rooms.

American black walnut cabinetry and Swarovski crystal fixtures abound, the double-height great room is framed by windows and the master suite is an oasis with fireplace. 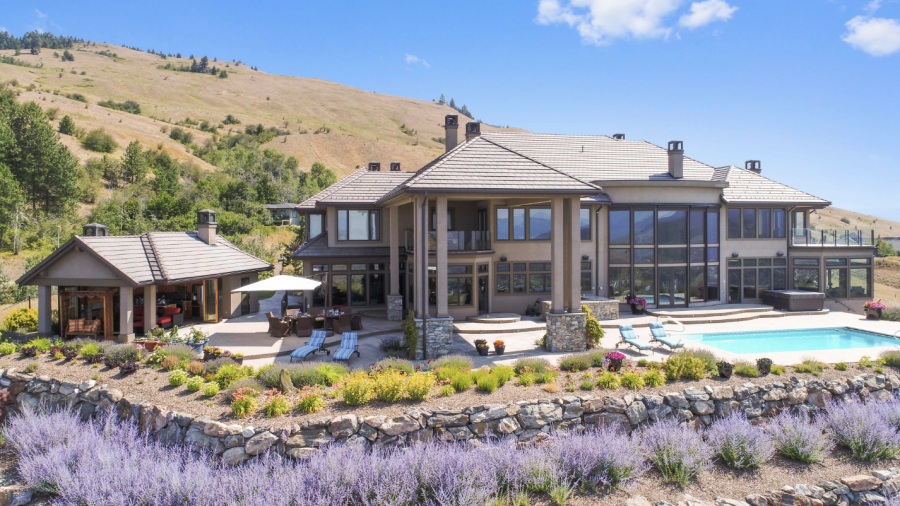 At $13 million, it is currently the second most expensive estate listed for sale in the Okanagan.

The priciest is a $15-million lakefront home in Carrs Landing.

Ironically, the Carrs Landing listing is much smaller at 4,500 square feet, but it does have the cachet of being surrounded on three sides by water because it is located on its own peninsula