Today is the first day that Interior Health is reporting the total number of cases connected to Kelowna since the community outbreak on Canada Day.

As a result, there have been 130 cases involving Interior Health residents that are linked to the city since June 26.

Previously, the ‘Kelowna cluster’ number that was being reported only included cases directly connected to specific events and downtown businesses in early July. 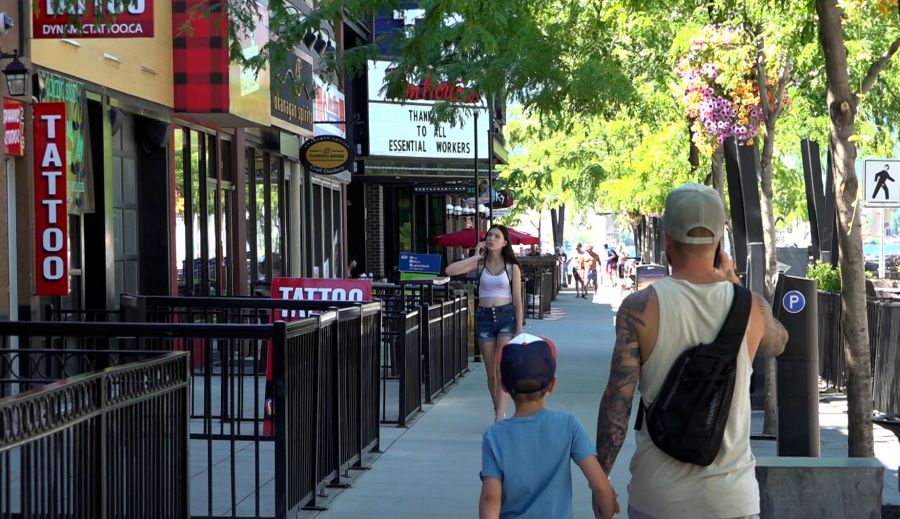 “Currently we are seeing more broad community transmission so we are expanding our reporting to focus on any cases that are linked to Kelowna during their exposure or infectious period,” said a release from Interior Health.

“This has caused the number of cases to increase but this is due to previously reported cases being reclassified and not new cases reported in Kelowna.”

The latest numbers on the Kelowna cluster were given on Monday and there were 78 cases in Interior Health, seven cases in Fraser Health and five cases in Vancouver Coastal Health.

That means there were around 50 cases in Kelowna over the past month that were not considered directly connected to the events that transpired over the Canada Day long weekend.

Dr. Bonnie Henry only reported four new cases in all of Interior Health today after reporting zero new cases between Tuesday and Wednesday.

There’s been less total cases reported in Interior Health over the last six days than there were reported on Friday, July 24 alone (18).