Human remains discovered during construction on the Victoria Street West Improvements Project have been identified.

According to TK'emlups language and culture manager Ted Gottfriedson, the remains unearthed on June 26th belonged to a mother in her 50s who lived more than 500 years ago. The remains, which included rib bones, a femur, and a shoulder blade, will be reburied in the TK'emlups te Secwepemc reserve cemetery on Nov. 1.

Gottfriedson explained that the Kamloops Indian Band learned the woman stood at 5 feet, gave birth to at least one child, and was right-handed. He couldn't determine a cause of death, though he said it could have dated back 545 years. Gottfriedson said the woman died during a time when the nation would have been at its peak population. 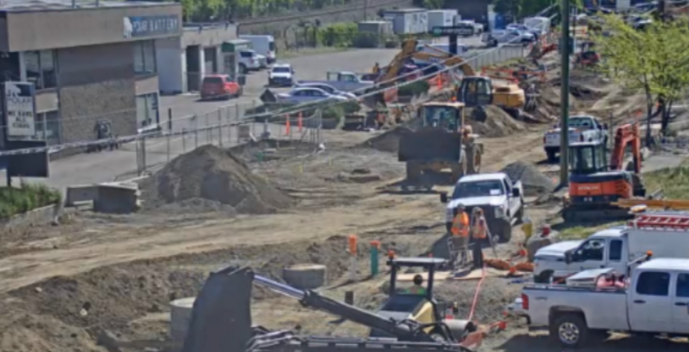 “The first Europeans to move in here was like 1810, 1811,” said Gottfriedson. “This would have been high times for our people. We are approaching this as a traditional funeral for one of our own."

Gottfriedson mentioned that in First Nation's culture, it's "very taboo" to walk on a grave. The lack of grass at the TK'emlups cemetery is because mowing over grass is disrespectful.

“We don’t want her to be stepped over. She’s been driven over. For me, personally, I just think of all the times I’ve driven over her and how awful that is for me to have done that. So, we’re going to take her and we’re going to bury her there. Obviously, those are her descendants. She’s with family. She won’t be disrespected.”

The Band went on to praise the City of Kamloops for how they handled the remains upon discovery. Gottfriedson noted that the City’s contractor stopped work immediately, hired security to protect the remains, and provided access for a ceremony during afternoon rush hour.

“It was very powerful.”

With files from the Canadian Press and Kamloops This Week.