A unique new business that will be offering a tea room and restaurant, vegan grocery store and eventually health-related therapy sessions and workshops is set to open in downtown Penticton.

Christina Roloff is the proud new owner of Balance Vegetarian Shop and Tea Room, which is located at 249 Westminster Avenue West.

Roloff and her husband, along with their three children, moved to Canada from their native Switzerland three-and-a-half years ago and settled in Lumby. They have lived in Naramata since last October.

Because she grew up in a vegetarian family, one of the first business ideas to pop into her head was to open a business that appealed to other vegetarians and vegans, she said.

She has been a vegetarian since a very young age and has always thought about owning and running her own business that promotes her lifestyle, she said.

“My whole family was vegetarian, even my parents,” she said. “We were actually almost buying a little health food store in Lumby, which was going to be a combination of a coffee shop and a vegetarian shop, but it didn’t work out with the contract, so we started looking at other places.

“We were looking in Vernon, then Summerland and didn’t find anything appropriate for lease, so we ended up here.” 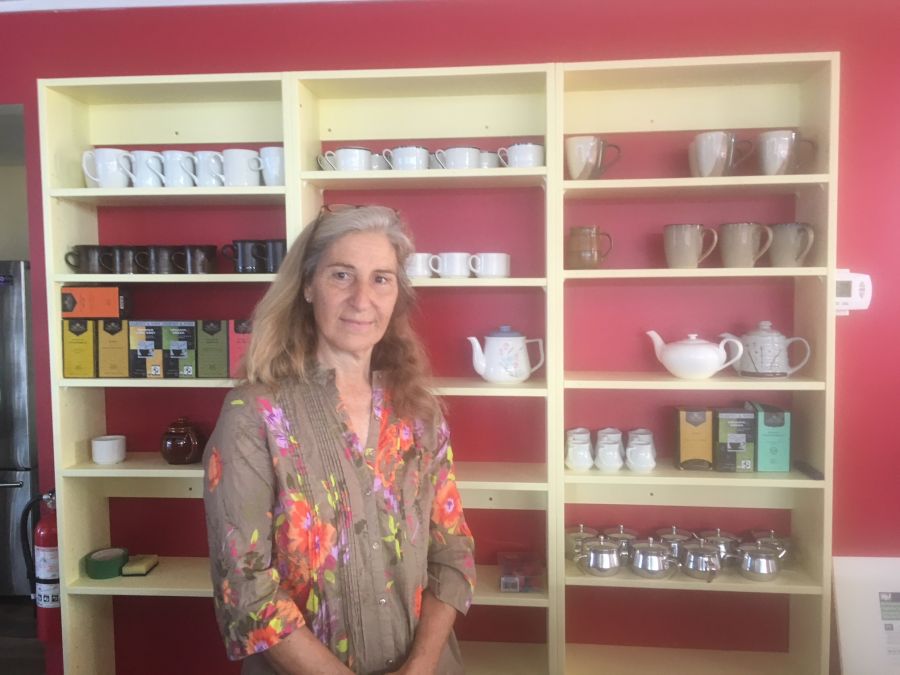 They looked at leasing several spaces in Penticton before settling at their new location on Westminster Avenue.

The business will have a “soft opening” during the last week in August and Roloff hopes to have the tea room and grocery store fully operational by the end of the first week in September, she said

Roloff pointed out that the grocery section will sell groceries for both vegans and vegetarians, but the food served to customers in the team room will use eggs and milk.

“Vegan is plant-based … everything that grows and doesn’t have a mother,” she said. “We won’t be selling anything that comes from a dead animal, but milk and eggs are still allowed.” 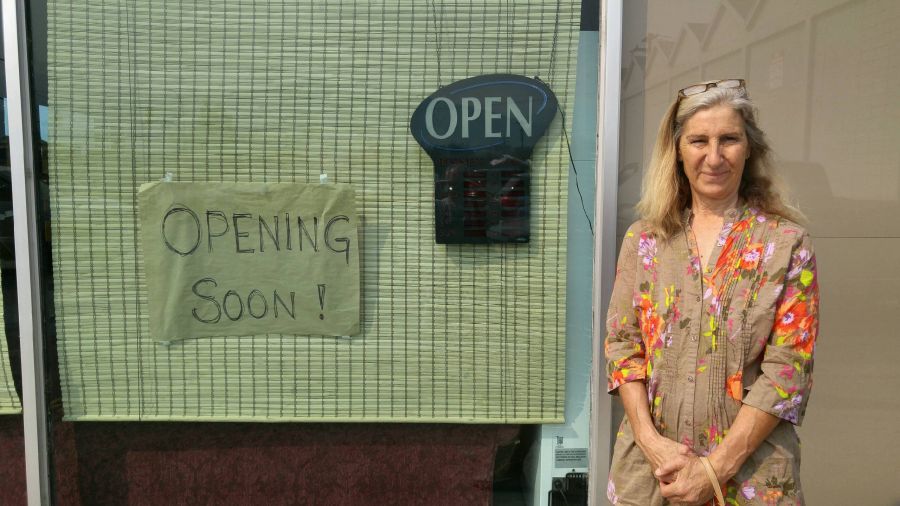 She’s adopted her vegetarian lifestyle because she believes it’s healthier and the fact she can’t justify how animals are slaughtered for human consumption.

“I did some meat eating for a little time, but I haven’t actually cooked it myself,” she said. “I have honestly never been able to touch meat.”

Her two oldest children are strict vegans and her youngest is a vegetarian who will consume fish on occasion, she said.

Her husband will also occasionally eat fish, but adheres to a vegetarian diet as well.

“I can’t harm or kill an animal, so why do the job for someone else that I would never do.” she said. “I have never been able to kill an animal and many people eat meat and they aren’t really aware that someone else killed the animal they are eating.” 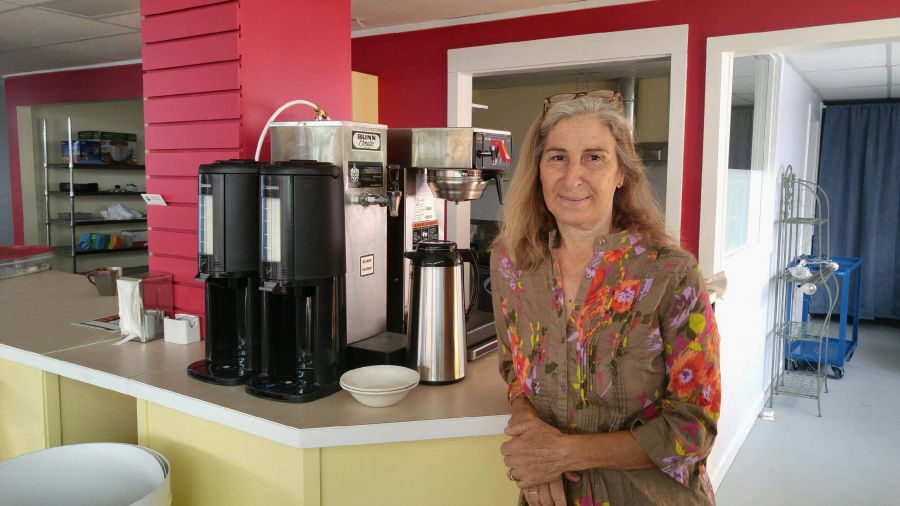 Penticton has an abundance of grocery stores, but none downtown and offering groceries designed specifically for vegans and vegetarians is a concept she thinks will work well, said Roloff.

“We will sell mainly organic products, not 100%, but mainly,” she said. “We won’t be selling any meat or fish products. We will have some pastas and flours, cereals, sauces and chips, spices and tea, of course. We won’t have very much fresh food.

“In the tea room, we will have muffins, sandwiches, desserts, cakes, salads and soups.”

She looked long and hard to find a good cook and he’s looking forward to making great food for her customers, she said. 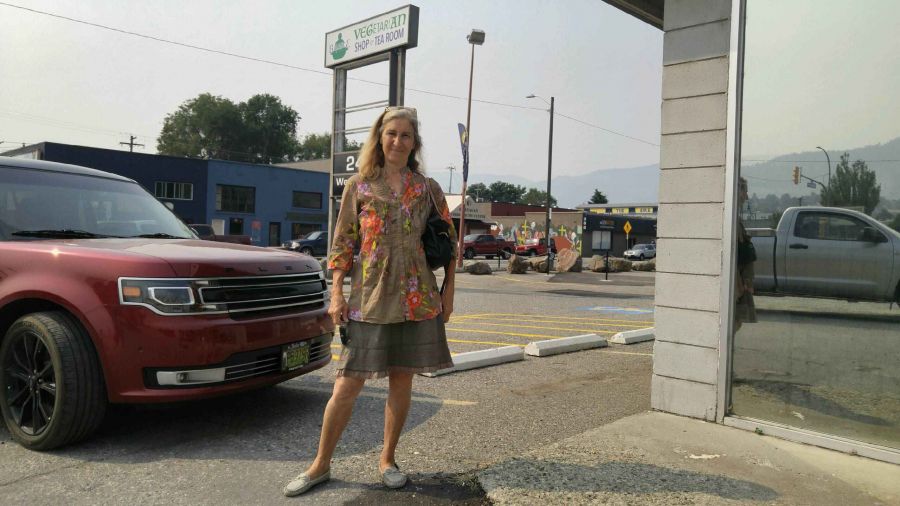 About 40% of the space will be sectioned off for tea room customers, with 50% set aside for the grocery store and a small space available to conduct workshops and health-related therapy, she said.

While the concept of a grocery store and tea room with food isn’t well-known in Canada, it is in Europe, she said.

“The new word being used is ‘grocer-raunt’,” she said.

Because she spent most of her life in Switzerland, there will be a distinct European flavour to the groceries she sells and food served, she said.

There will be 15 different flavours of tea available and all can be sold in a bulk sales, she said. 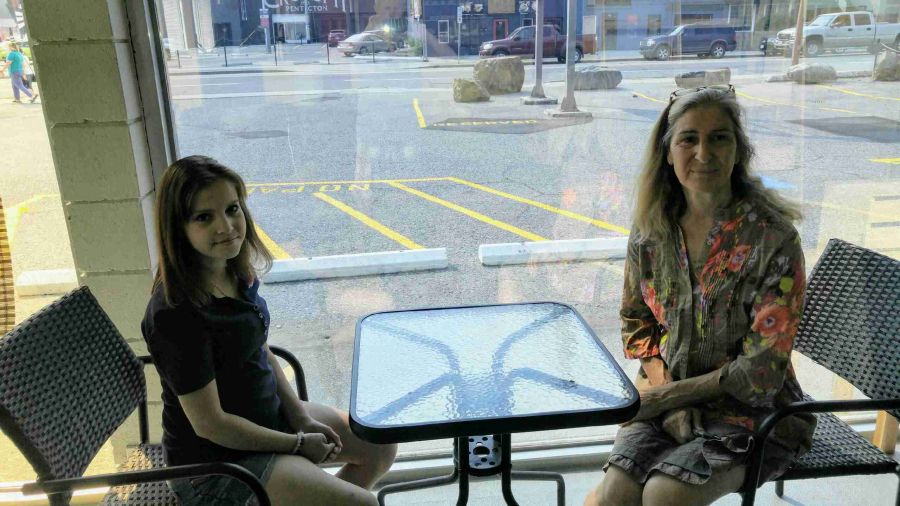 “We will have all the most popular teas such as peppermint, black teas and chamomile and some unique flavours as well. We will add more once the business is open and we’re settled.”

Because of her long career in Switzerland as a health consultant, she wants to expand the business to offer nutritional advice and health-related workshops, she said.

“I want to hire a nutritionist after while so we can offer consultations,” she said. “We also want to offer aura-soma therapy … which uses colours for therapy. It’s unique therapy from England that is not well known in Canada yet. In Switzerland and Germany, there are a lot of these therapists. An English woman developed the science.”

In the long-term, she hopes to expand to offer reflexology and nutritional workshops and even cooking classes to clients.

“We have one spare room that could be a consultation room,” she said. “On the weekends, maybe we can offer classes and workshops."

They moved to Canada because she had several family members in the Okanagan area, she said.

“My brother lived in Lumby and we visited him and liked it there,” she said. “We still have some cousins here. We moved over here for several reasons and the children like it so we thought we would start a new chapter.” 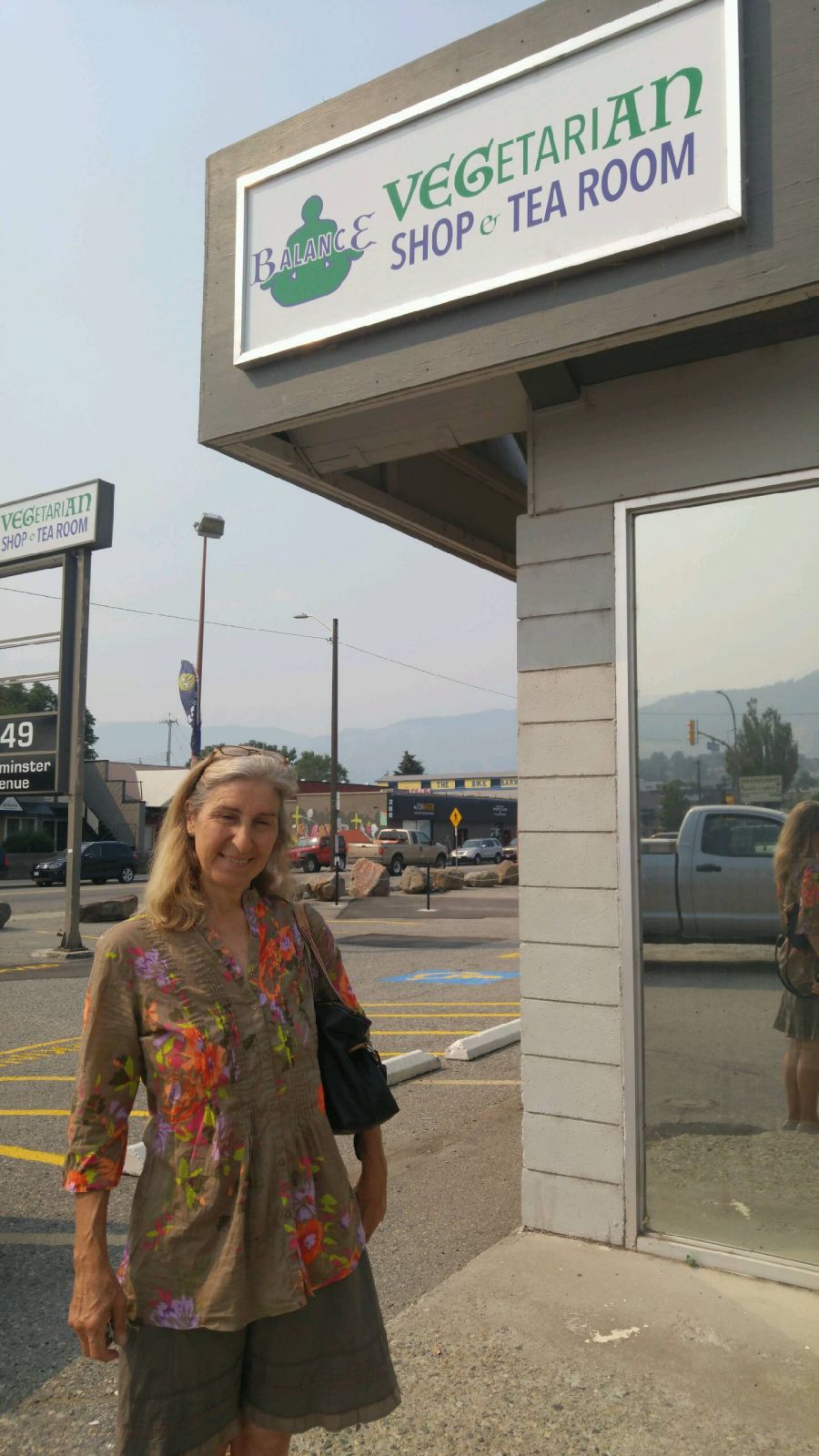 Her father was a hotel manager in Switzerland, so she grew up in the food and beverage industry and she had thought about opening her own business in Canada not long after she emigrated here, she said.

Balance Vegetarian Shop and Tea Room will be open Tuesday to Saturday from 9 a.m. until 6 p.m. and Sunday 9 a.m. until 4 p.m.

Roloff said she’s spent a lot of time and money getting the business ready to open and is looking forward to meeting customers.

“My main focus will be on Penticton people,” she said. “They will be our regulars and I’m looking forward to meeting them once we’re open in a couple of weeks.”