Another Canadian city is grappling with drive-thru woes

The City of Fredericton will spend $40,000 to direct motorists around a busy Tim Hortons in the latest move by a Canadian municipality to curb traffic headaches and other concerns caused by restaurant drive−thrus.

At a transportation committee meeting this week, councillors approved the plan to construct a "traffic circle" at the end of the street and introduce a bylaw banning left turns into the restaurant’s drive−thru. 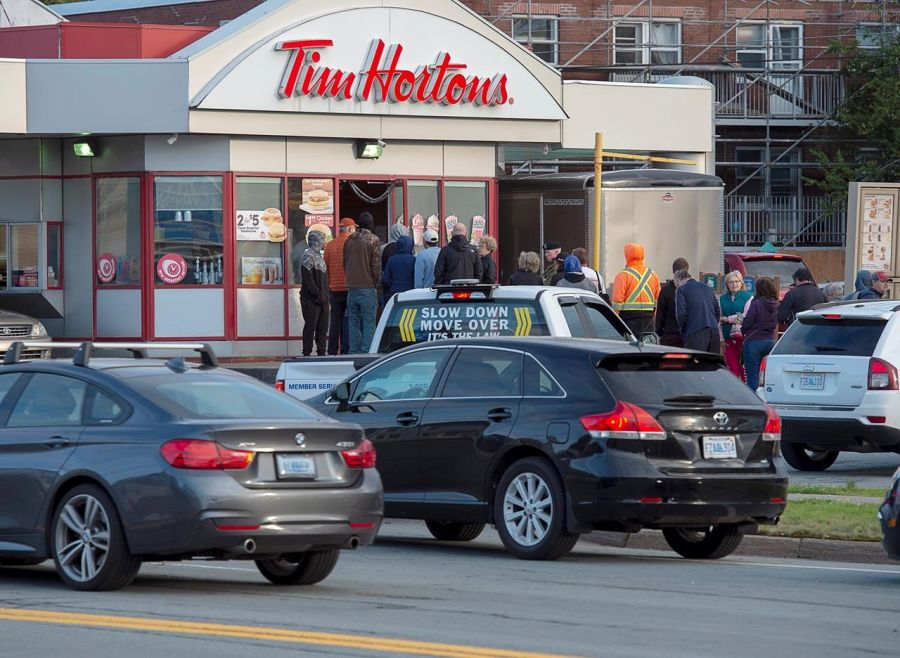 Earlier this month, a Halifax official asked drivers to stay home in the immediate aftermath of post−tropical storm Dorian, noting that hundreds of cars backed up at drive−thrus were impeding cleanup efforts.

A 2018 study published in the journal BMC Public Health by public health researchers at the University of Alberta found 27 Canadian municipalities across six provinces had adopted partial or full bans on fast food drive−thru service between 2002 and 2016.

None of the municipalities identified obesity and chronic disease as a motivation, but the researchers noted that research into such bylaws could inform future policy development around chronic disease prevention.